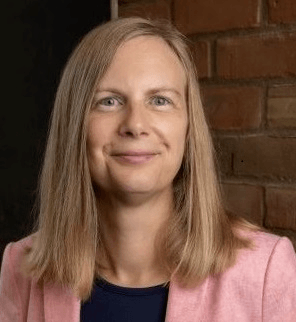 Susan L. Brown Named Director of the Center for Family and Demographic Research

Susan L. Brown, Distinguished Research Professor of Sociology and founding Co-Director of the National Center for Family & Marriage Research (NCFMR), has been appointed Director of the Center for Family and Demographic Research (CFDR) at Bowling Green State University. She brings extensive administrative leadership experience to her new role. In addition to her ongoing leadership position at the NCFMR, she served for eight years (2013-2021) as Chair of Sociology. From 2006-2008, she was Associate Director of CFDR. Dr. Brown takes over from CFDR Director Karen Benjamin Guzzo, who is departing BGSU to assume new positions as Director of the Carolina Population Center and Professor of Sociology at the University of North Carolina-Chapel Hill.

A family demographer, Dr. Brown received her PhD in Sociology and Demography from the Pennsylvania State University in 1998. She joined the Sociology Department at BGSU that same year. Dr. Brown’s research addresses the implications of the rapid transformation of U.S. family life for the health and well-being of individuals and families across the life course. Her scholarship has appeared in top demography, family, and sociology journals. She is the author of the 2017 book, Families in America, published by the University of California Press. Dr. Brown’s grant record includes a career development award from NICHD’s Population Dynamics Branch as well as grants from NIA and DHHS. A nationally recognized scholar in demography, she received the 2018 Clifford C. Clogg Award for Mid-Career Achievement from the Population Association of America (PAA). Dr. Brown has a strong record of service to the discipline. She was elected to the PAA Board of Directors (2013-2015); served a five-year term (including two years as Chair) on the NIH Population Sciences Subcommittee study section (2010-2015); and was Deputy Editor (2013-2016) of the flagship journal Demography. A strong advocate of population science, Dr. Brown looks forward to working with CFDR affiliates to advance cutting-edge research and grantsmanship.

The CFDR is an interdisciplinary center that supports 36 affiliates from eight departments at BGSU, along with several off-campus affiliates, conducting innovative population science on the well-being of children, adults, and families. The Center is funded by the Eunice Kennedy Shriver National Institute of Child Health and Human Development at the National Institutes of Health.