The Japanese minor program is a part of the Department of World Languages and Cultures in the BGSU College of Arts and Sciences. 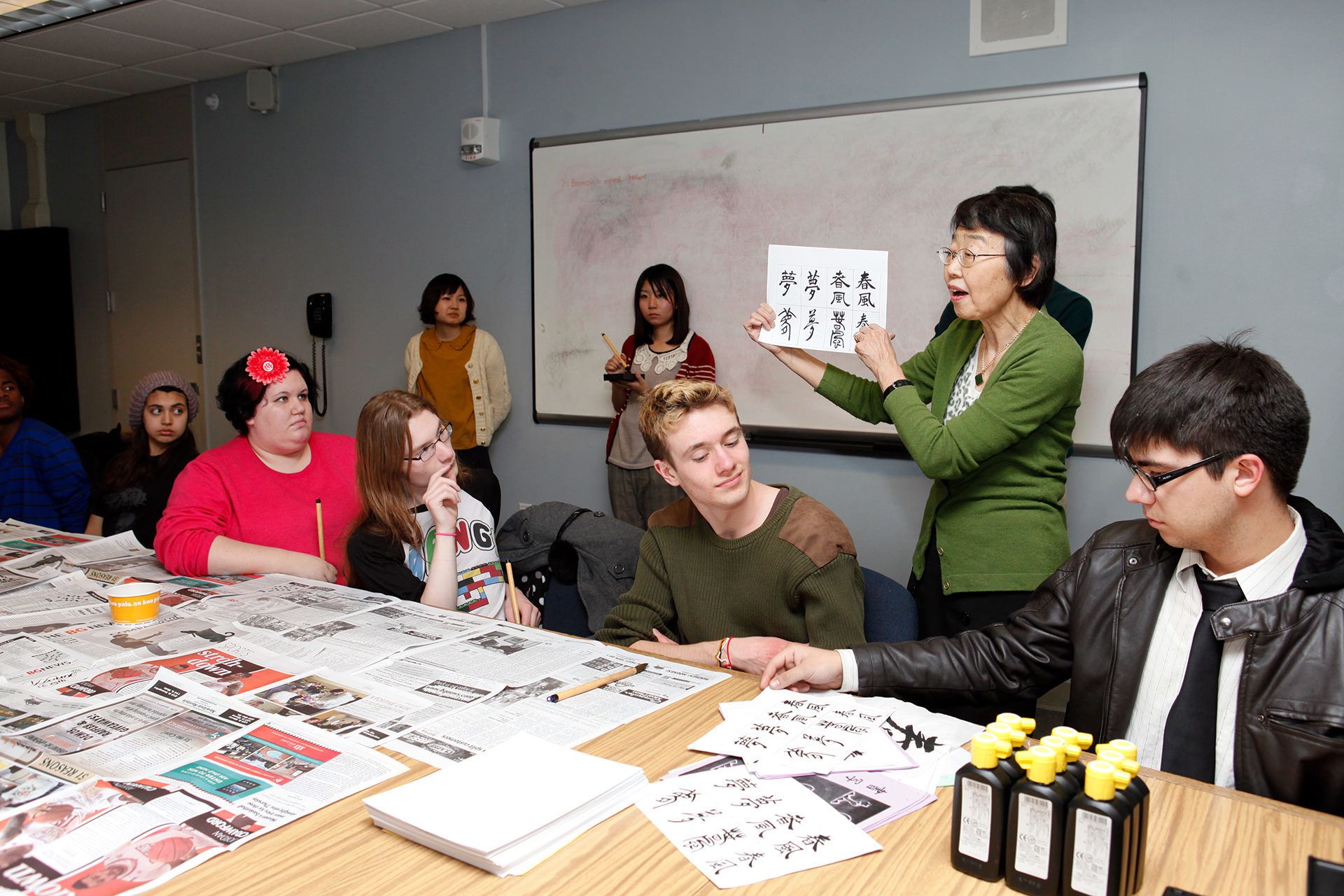 The BGSU Japanese minor is an immersive program of study in the Japanese language and culture that can complement a wide range of majors and prepare you to succeed in our multicultural world.

Whether you plan to pursue careers in Japan-related fields or wish to explore and enjoy the Japanese language and culture, studying Japanese opens up a new way of thinking and expands your career path.

Japanese is one of the critical need languages

Japanese is one of the 15 critical languages that the U.S. government considers important to maintain national security and economic prosperity. Stand apart from the competition with Japanese language skills that are highly sought by both public and private sectors.

Japan has a rich tradition and history of more than two thousand years. Combined with modern business, technology, and popular culture, the interest in Japanese language and culture continues to grow in the U.S. and many places in the world.

While studying Japanese at BGSU, students are introduced to a wide range of Japanese culture and diverse aspects of its history and society through the courses, study abroad opportunities, and Japanese Club, one of the most active multicultural student organizations on campus.
Students have opportunities to use an authentic Japanese tea ceremony room in the BGSU Fine Arts Center and the Hiroko Nakamoto Japanese Studies Room in Offenhauer West.

Students may spend a semester or academic year abroad through partnerships with host institutions in Japan.

The BGSU Japanese program is designed to enable students to achieve intermediate or higher proficiency level in Japanese and gain intercultural skills necessary to effectively communicate with people from diverse backgrounds.

Many corporations and agencies operate branches worldwide as Japan, China, Taiwan, Hong Kong and South Korea have become major players in globalized trade. Japan has been at the forefront of technological development and a gateway to the booming marketplace in Asia. When paired with skills gained in students’ major field, a minor in Japanese enhances employability of graduates who seek to engage in the economy, culture, society, and international relations of Asia.

Furthermore, minoring in Japanese can lead to careers in academic research and education in both national and international organizations. Many BGSU graduates who took Japanese courses are selected for the JET Program (Japan Exchange and Teaching Program), a highly competitive employment opportunity in Japan sponsored by the Japanese government.

Qualified students may apply for a semester or academic year abroad at one of the partner universities across Japan. In a more immersive environment, students will have the great opportunity to further hone their language and cross-cultural communication skills while earning credits toward their degree.

A minor in Japanese can unlock career opportunities with businesses
around the world. 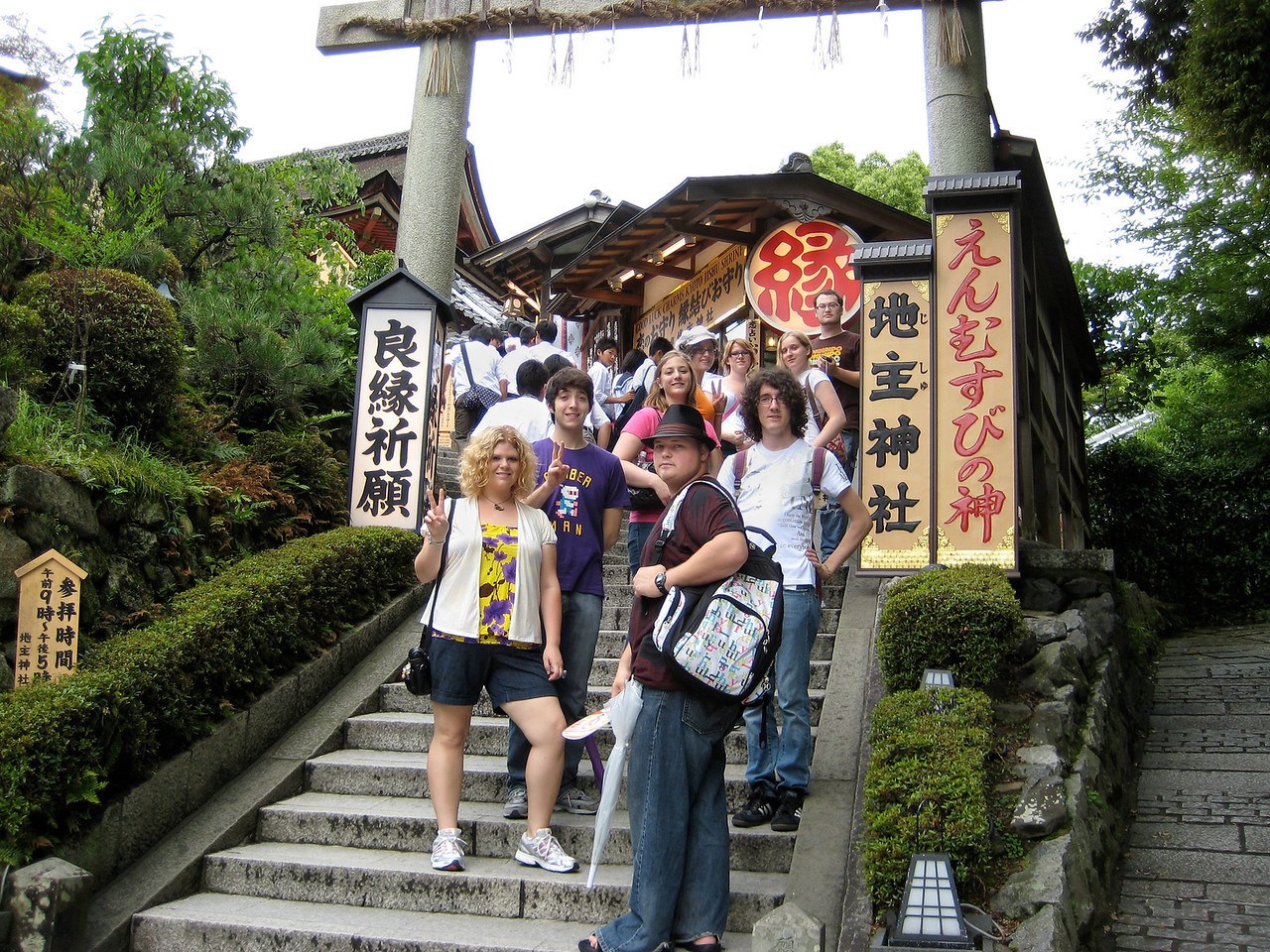 The Japanese minor program is a part of the Department of World Languages and Cultures in the BGSU College of Arts and Sciences.

The Japanese Club is one of BGSU’s multicultural student organizations. Its aim is to promote the Japanese language and culture and friendship among those who study Japanese. The club meets every other week to talk and learn about Japan and things related to Japan. One topic is given for each meeting: the tea ceremony, flower arrangement, anime, origami, cooking, martial arts and more.

History of the BGSU Cherry Trees

The dream of having a wonderful cherry tree park on BGSU’s Ohio campus began in the 1990s with the alumni chapter in Tokyo, led by Mr. Emori. In 2001, alumni in Tokyo donated about 50 Japanese cherry trees to BGSU.

Three trees grown from cuttings of the famous Washington, D.C. cherry trees were also planted at BGSU. The cuttings were donated to the University by the National Parks Service and U.S. National Arboretum. BGSU is the only institution in the country to be given the original cuttings.

The following year, a Japanese company, Tochigi-Fuji, which used to be located in Bowling Green, donated an additional 20 trees.

In 2010, Dowa THT America, a Japanese company in Bowling Green, donated 10 more trees to celebrate the 10th anniversary of the cherry tree park on BGSU’s campus.

The BGSU cherry trees are visible on the north side of Alumni Mall near Kreischer quadrangle.

Requirements for licensure, certification and/or endorsement eligibility vary greatly from one profession to another and from state to state. The Japanese program does not lead to professional licensure.