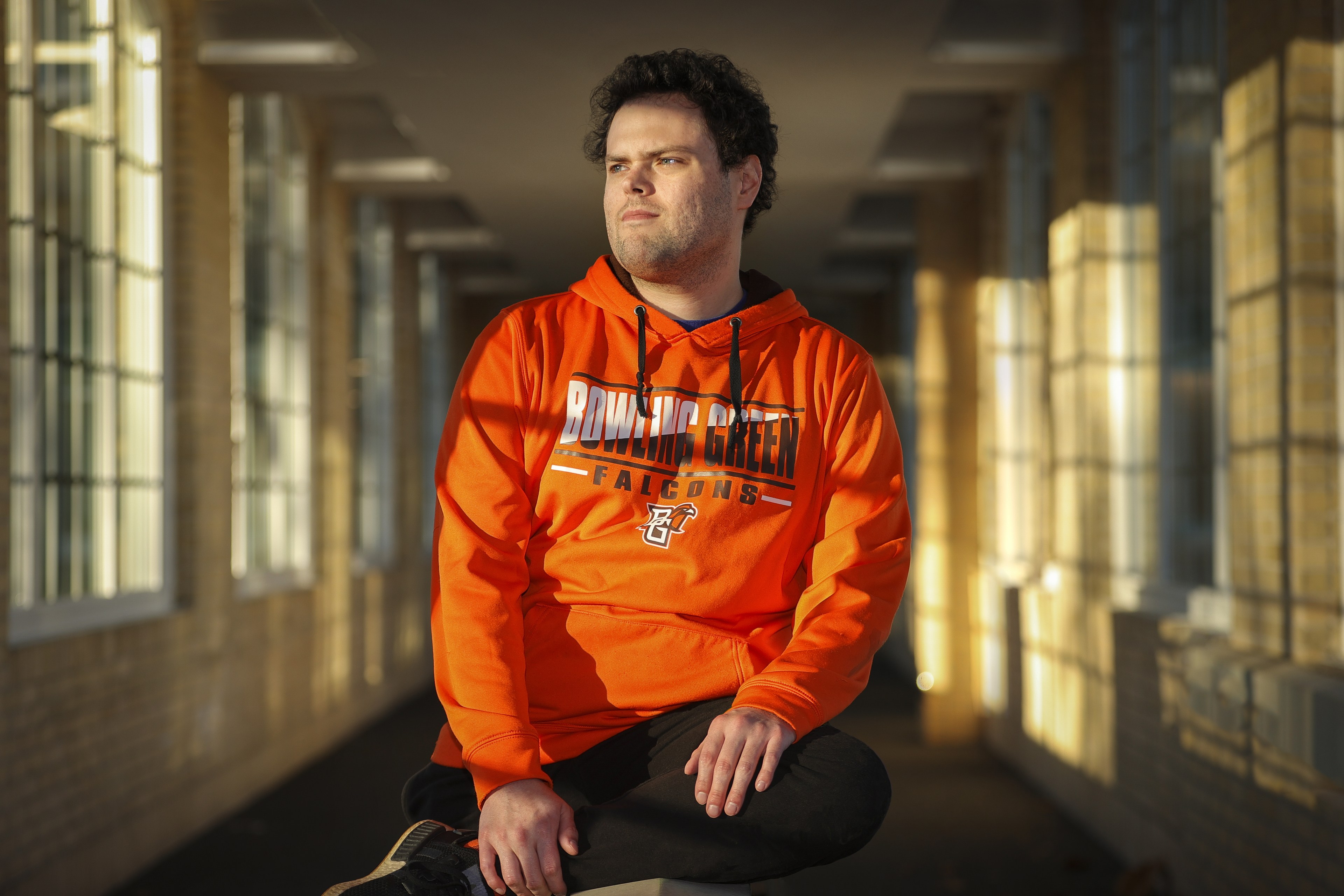 Late one night in January, Dylan Coleman was scrolling through TikTok when he came across a video of a little girl from St. Louis meeting her life-saving bone marrow donor - a sophomore in college.

The video had such an impact that Coleman, a Bowling Green State University senior, began researching Be the Match, the organization credited with the video of the pair meeting.

“It was a really powerful video,” Coleman said. “It was so heartwarming to see that the selfless act of one person saved that little girl’s life.”

By the next day, Coleman had ordered his swab kit from Be the Match, the first step in joining the national registry of potential blood stem cell donors.

Be the Match is a national nonprofit organization that connects patients, including the thousands of people diagnosed every year with leukemia, lymphoma and other life-threatening diseases, with their donor match.

On Oct. 31 - the same day the University was holding its own Be the Match registry event - Coleman received a call notifying him he was a match for a woman with leukemia.

The process has been swift for Coleman, who has already had a comprehensive physical and is scheduled to donate blood stem cells Nov. 21.

“It’s kind of hard to put into words,” Coleman said. “I’m an organ donor, but I’ve never donated blood or plasma before because I get nauseous around blood and needles. This is different, though. You might be the only match this one person has. You could be their only hope.”

Coleman is making a peripheral donation, one of two methods used for donating blood stem cells for bone marrow transplants. Similar to donating blood platelets, the blood passes through a machine that collects the stem cells, and the remaining blood is returned through a needle in the other arm, according to Be the Match.

Coleman said he might be sore for a few days following the procedure, which can take up to eight hours, but there are no long-term side effects.

“I’m definitely willing to endure a little pain, especially considering what the patient is going through,” he said.

Coleman said the entire process has been truly eye-opening, and he’s looking forward to potentially meeting his recipient someday.

“If she agrees to it, we can exchange anonymous communication after six months and can share our names and contact information after one year,” he said. “I would love to meet her and share a moment similar to the one I watched on TikTok that inspired this entire journey.”