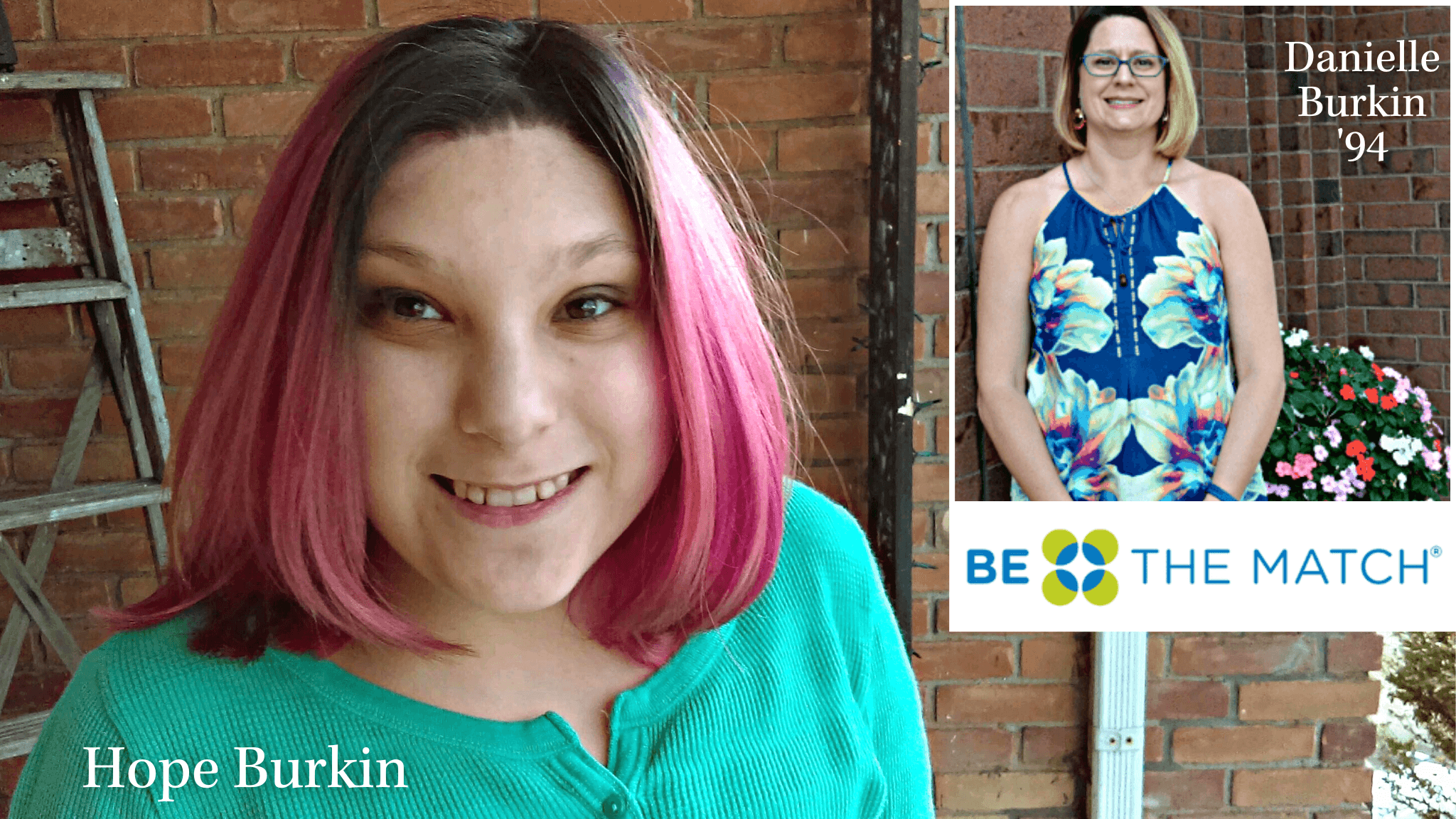 Danielle Burkin '94, who is the administrative secretary for the English department at BGSU, became involved with Be The Match after classmates of her daughter, Hope, held a bone marrow registry drive in her memory.

For one BGSU alumna and staff member, Be The Match bone marrow registration drive is her way of sharing Hope

With a simple swab of a cheek during the Well-O-Ween health event, participants make a difference in the life of someone fighting a rare illness.

One small cotton swab can make an enormous difference in the life of a person battling a rare illness. On Oct. 31, the University and Bowling Green community had the opportunity to be the difference by taking part in Be The Match at Well-O-Ween at Perry Field House.

Be The Match connects patients with their donor match for a life-saving bone marrow or blood stem cell transplant. For one BGSU staff member and alumna, the mission of this organization is intensely personal.

Danielle Burkin '94 gave blood stem cells to her daughter, Hope, who lived with the effects of Fanconi anemia - an inherited DNA-repair disease that can lead to bone marrow failure. Hope touched thousands of lives during her far too brief 17 years. Burkin wants Hope’s memory to continue to reach many more people and urges fellow Falcons to see if they can "Be The Match" that gives hope to others.

BGSU hosted Be The Match on Oct. 31 as part of the Well-O-Ween events at Perry Field House.

“After Hope passed away, her classmates at Perrysburg High School decided to hold a Be The Match registry drive in honor of her birthday, right before they would have graduated,” Burkin said. "That's when our involvement with Be The Match started." 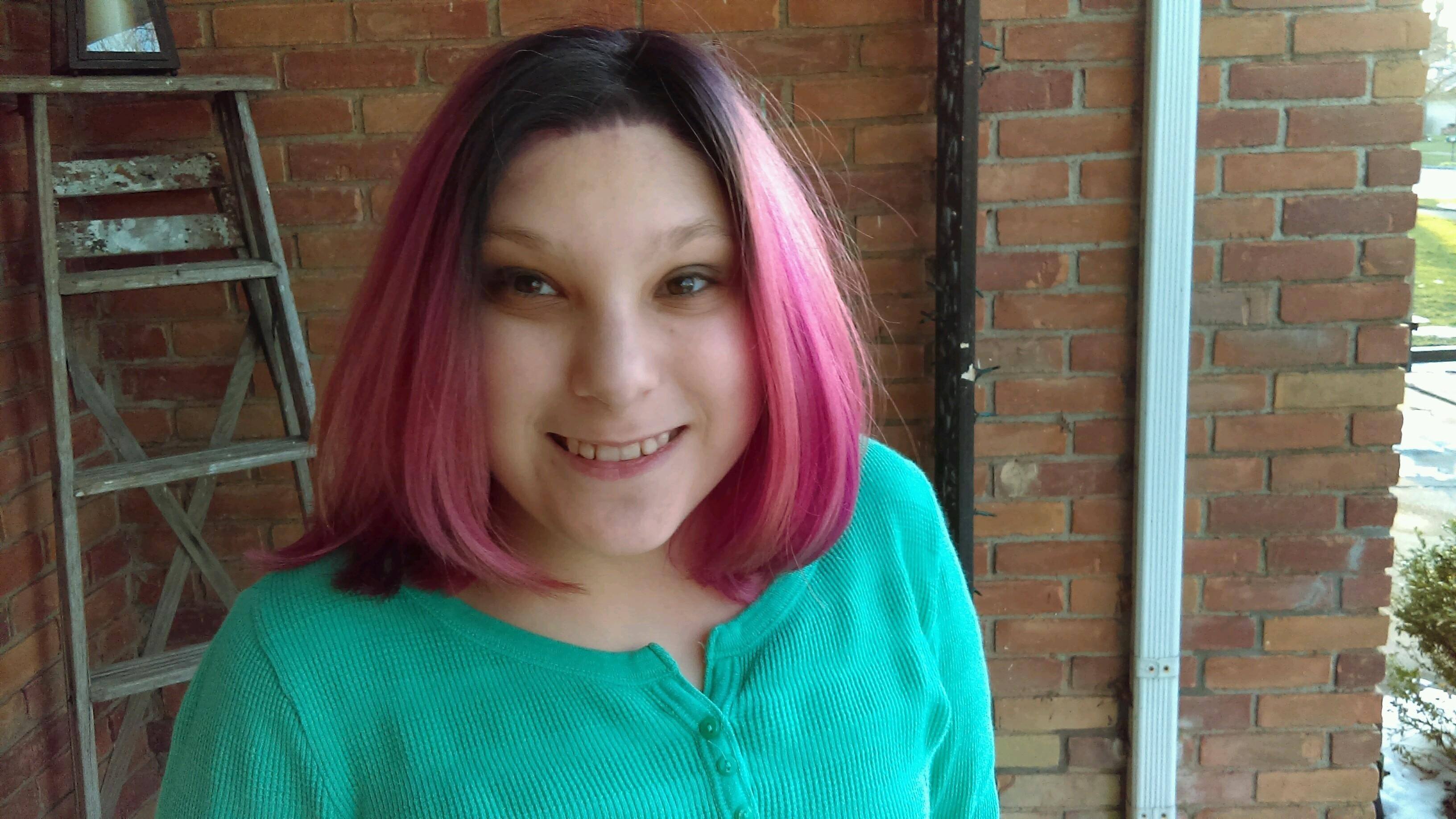 Danielle Burkin shares this photo of her daughter Hope, which was taken just days before the family went to Cincinnati for her transplant.

That first registry in Hope’s memory was in 2018 and was repeated the next year before COVID-19 interrupted the effort. After restrictions were lifted, Burkin and her husband, Donny, considered continuing the Be The Match effort at their church but realized there was an even better venue with the potential to find significantly more life-saving matches: Bowling Green State University.

"I was working here at BGSU when Hope passed away, so my colleagues and friends very much know about her. I'm not shy about talking about her because that's part of my grieving process," said Burkin, who has been with the BGSU English department for seven years and serves as administrative secretary.

"I do talk quite a bit about the bone marrow donation process because I think it's really important that people here know this is an opportunity for you to make a difference in the life of a patient and their entire family."

Only people between the ages of 18 and 40 are able to join the Be The Match registry, which is why Burkin says having the event at BGSU is so important since the University atmosphere provides a greater concentration of possible donors than many other settings. 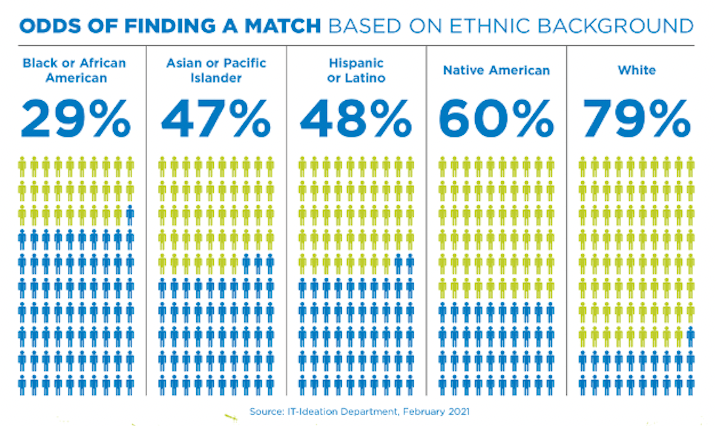 Patients are most likely to match with someone of their same ethnicity. Source: National Marrow Donor Program

“Be The Match says that college campuses are where they are really finding more success because there is an age limit to who can register to potentially donate,” Burkin said. University settings often also afford Be The Match a more diverse population from which to find potential donors.

Burkin, who serves on the BGSU Classified Staff Council executive team, reached out to BGSU President Rodney K. Rogers and BGSU Chief Health Officer Ben Batey, MPH, RN, to see how Be The Match could fit into the University’s overall mission of being a public university for the public good.

“It really made sense to pair it with the Well-O-Ween event because we can reach out to students who are already there getting their flu shots and COVID vaccines, and the Perry Field House location and parking help us connect to community members as well,” Burkin said.

Batey agreed and said the registry drive perfectly aligns with the values of BGSU.

"BGSU is excited to be able to coordinate and host a Be The Match registry drive on campus. As a public university for the public good, this is a fantastic way for our faculty, staff, and students to exemplify our community of care by potentially being there to save the life of someone who desperately needs a bone marrow transplant," he said.

How Be The Match works

Be The Match at BGSU aims to educate people about the life-changing results – from a simple cheek swab - for patients diagnosed with leukemia, lymphoma and other life-threatening diseases, as well as demystify what it takes to donate bone marrow and blood stem cells.

“Being a bone marrow donor can make a big impact for such a small amount of commitment on the donor’s part. Donating marrow or blood stem cells is honestly just one of the easiest ways to make a difference - you're not getting cut open, you're not having a long-term recovery,” Burkin said. “The next day you might have some bruises from where you were poked, like any other time you have a blood draw, but that's it. You could do this more than once in your lifetime, especially if you have a really rare type of match.”

The process of being a potential donor begins with what will take place at Well-O-Ween. Participants will answer medical history questions and Be The Match will determine if they are a fit for the registry. They will then have the inside of their cheek swabbed and a test will determine their human leukocyte antigen (HLA) type to see if they match with patients needing bone marrow or blood stem cell transplants.

“Once you're in the registry, if Be The Match determines that you would be a great potential donor, they will reach out to you for the next steps,” Burkin said. She also said potential donors could be in the registry and never be called upon, and if donors are called and it’s not the right time in their life to donate, that’s OK too. 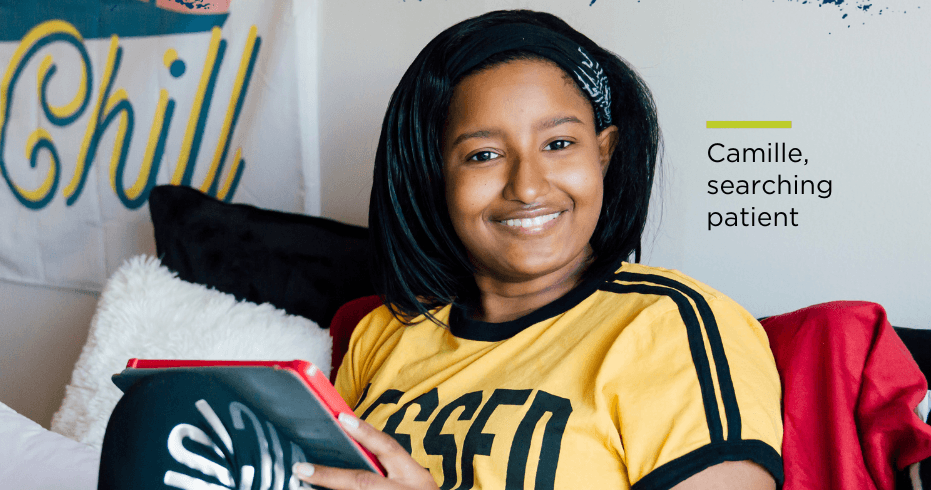 After being swabbed and tested, potential donors can help patients like Camille who are awaiting a bone marrow transplant.

If someone was unable to attend Be The Match at Well-O-Ween, they can use the BGSU code and request a kit be mailed to them. It will arrive within two weeks and they can swab and send it back to the registry.

Burkin said that students with the BGSU School of Nursing are being invited to volunteer with registration and cheek swabs of potential donors and they’ll also have the opportunity to speak directly with Be The Match representatives. Burkin said she hopes this exposure helps to inspire medical students and impress upon them the need for such registry events.

“Maybe they'll take the impact from this event to wherever they eventually land and they’ll want to do some type of registry in their future life and career,” she said. “This would be something very simple to do to help other people.”

Burkin said that getting 50 people swabbed would be considered a success, but she's confident the event will see many more participants, especially with an interest boost from Sigma Alpha Epsilon, which has Be The Match as the fraternity's national philanthropy effort.

"SAE has been spreading the word via social media and word of mouth ever since we heard about the opportunity. We also have a group of fraternity members who are going to the event to get swabbed and added to the registry," Pozda said. "Being able to simply swab and fill out some short paperwork is an amazing way to save lives and give more possible matches for people in need of bone marrow. We are excited to help spread the word and help in any way we can."

What it means for patients

For patients with rare conditions like Hope’s, receiving a transplant is incredibly impactful. Pediatric hospitals in particular place a big emphasis on the transplant event.

“Especially with a child, the nurses make such big events out of everything when it comes to their transplant day. They call it your ‘Cell Day.’ The day that you get your cells is Day Zero and then they start counting the days and they cheer you on,” Burkin said. “It’s really such a small amount, like less than 10CCs. This little vial makes a huge difference in someone's life.

“Unfortunately, a lot of people suffer from bone marrow disorders and there are a lot of rare ones. It was very impactful for us because that was the type of disease that my daughter was born with. We knew from the time she was about 6 months old that sometime in her life she was going to need a bone marrow transplant and we were always playing the waiting game.”

Burkin was the blood stem cell donor for Hope, a process that took eight hours over two days.

“There are two ways to make the donation. Mainly what everyone pictures for bone marrow donation is the ‘corkscrew’ in the hip that results in soreness for a day or two,” Burkin said. “The other type, called a peripheral, is much more common and a much more successful procedure now for recipients to not reject. This is done like a blood draw and it's comparable to donating plasma, where they take some out of one arm, do what they need to do to get the cells out, and then give you back everything else.

“I actually did mine two days in a row because we just really wanted to make sure that we gave Hope enough to really give her an extra boost to accept the cells. I did it for four hours one day and did it for another four hours the next day. I slept through it, I talked recipes with the nurse, I watched TV and it was very simple.”

But before any of that can be done, someone first needs to be the match. What does Burkin think her daughter would tell people who are wondering if they should take part and get tested?

"She would say, 'Why aren't you doing this?' and she would giggle. She'd say, 'Don't be silly; If I could do it, you can do it.'" Burkin said. "You know, here's this little girl who at 17 was the size of maybe a 9- or 10-year-old who was missing bones in her hand and learned to play the piano and did sign language and couldn't hear half the time. I feel like she'd say, 'If I can do all these things, can you do this one simple thing?'"