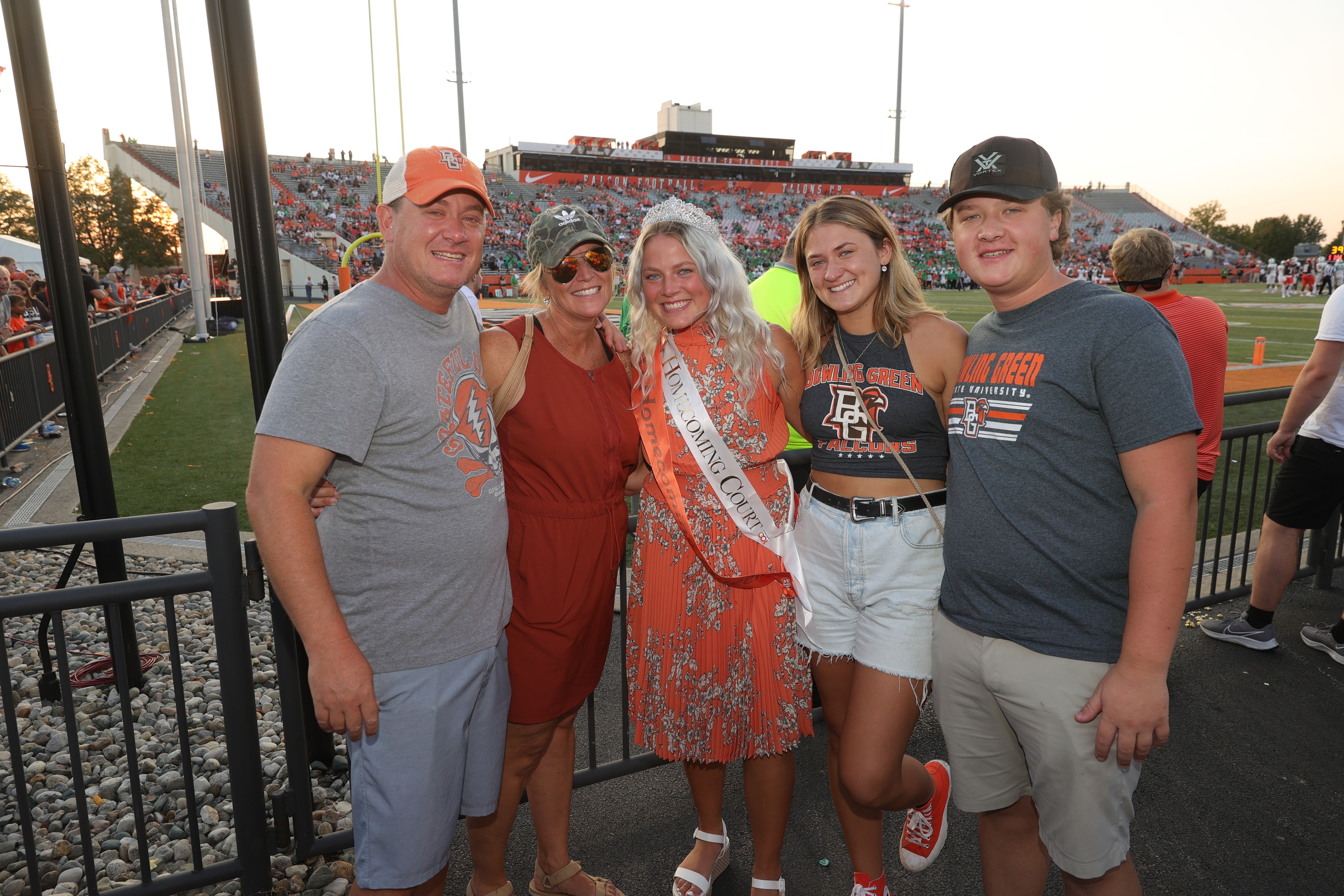 'This just always felt like home' - For 2022 homecoming queen, BGSU is all in the family

For BGSU senior Clare Caywood, hearing her name called as the 2022 Bowling Green State University Homecoming queen was not just a temporary honor – but a culmination of a family history at the University that spans four generations and nearly 90 years.

Caywood, a native of St. Mary’s, Ohio, and a communications major at BGSU, is the 11th member of her immediate family to attend the University in some capacity, a family tree that includes three pairs of Falcon Flames and that began in earnest with a BGSU orientation.

Clare’s grandmother, Dianne Dixon Caywood ’67, arrived on campus for the start of her freshman year in 1963 after completing high school in Sao Paulo, Brazil. Upon entering the student union, she met Calvin Caywood ’64 – the man she would later marry. 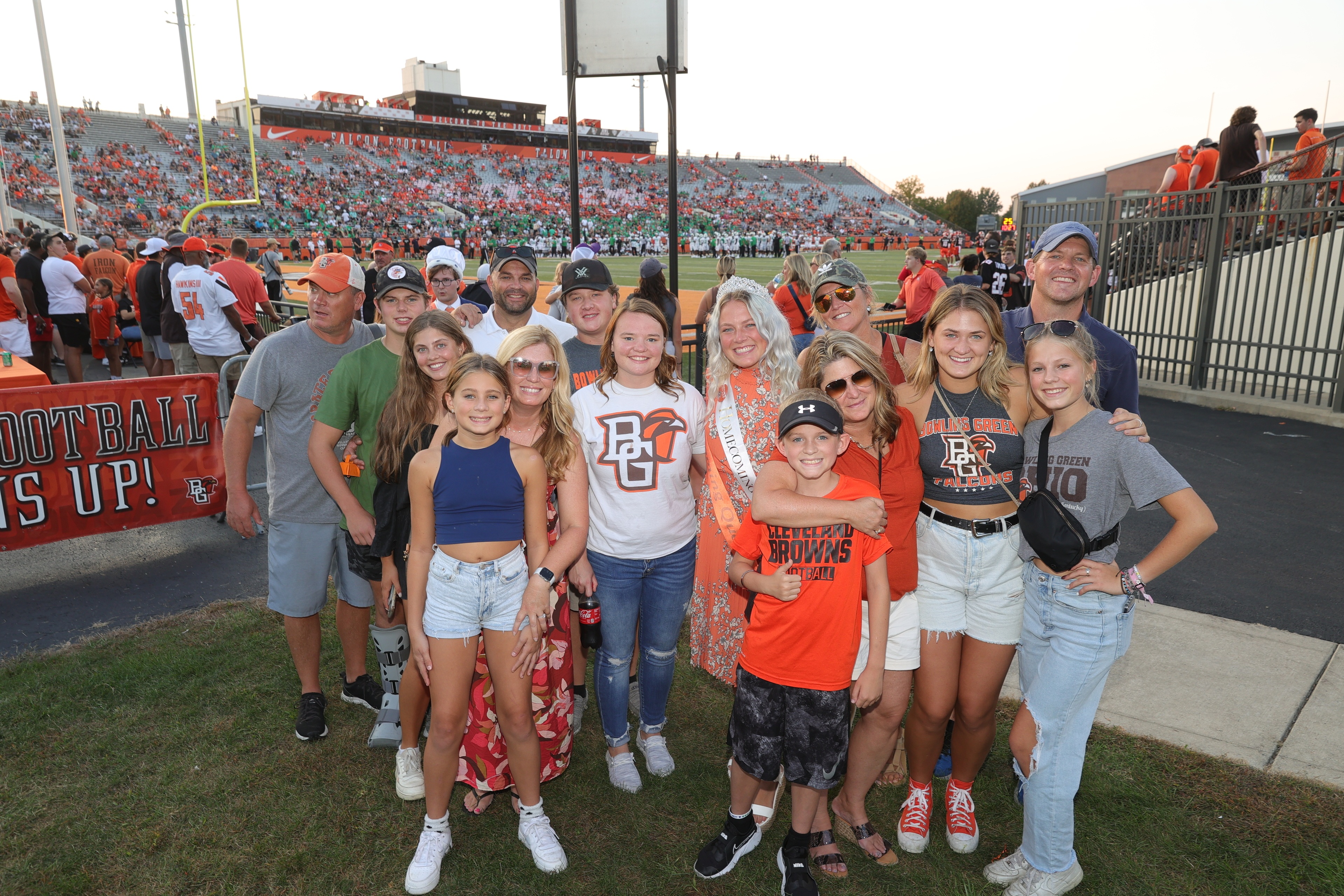 “My grandparents are the true Falcon Flames,”Caywood said. “Her orientation was her first day on campus, and she walks into the union and my grandpa was an orientation leader and he eventually asked her on a date. Literally her first steps on campus in the student union, she meets my grandpa. They went on a date and it's history.”

Though she said she never felt pressured to choose BGSU, Caywood said her family gatherings always doubled as alumni gatherings by default. Her great-grandmother, Arline Baker Caywood ’35, started the BGSU affiliation in the mid-1930s.

Calvin and Dianne’s son, Darren ’95, also attended BGSU, where he met Renee Albers Caywood ’95, and the couple have two current Falcons in Clare and younger sister Carly, who is a junior studying graphic design. One of Clare’s aunts and three uncles – including both sides of her family – also attended BGSU.

But it was not the familial connection that lured her to campus.

“Really, I was the first grandchild on both sides of my family, so everyone was very happy that I went here, but the history definitely wasn't the reason I came to BGSU, which is what's really cool,” Caywood said. “It's the people, the community. I just love being able to walk around campus and everyone was so welcoming and would have a full conversation with you.

“I always wanted to go to a college town. When I was visiting schools, this just always felt like home.”

The family connections spanning generations, however, made the 2022 homecoming a day the Caywood family will always cherish.

“It was just the best day,” Caywood said. “I've only seen my dad cry probably like two or three times and my dad was bawling when I won. My grandparents came, too, and I took my grandpa on a walk around campus. And he was like, ‘Aren't we just so blessed?’

“It was just the most wholesome day. Everything just clicked and felt right. My family was just very, very, very honored and proud.”