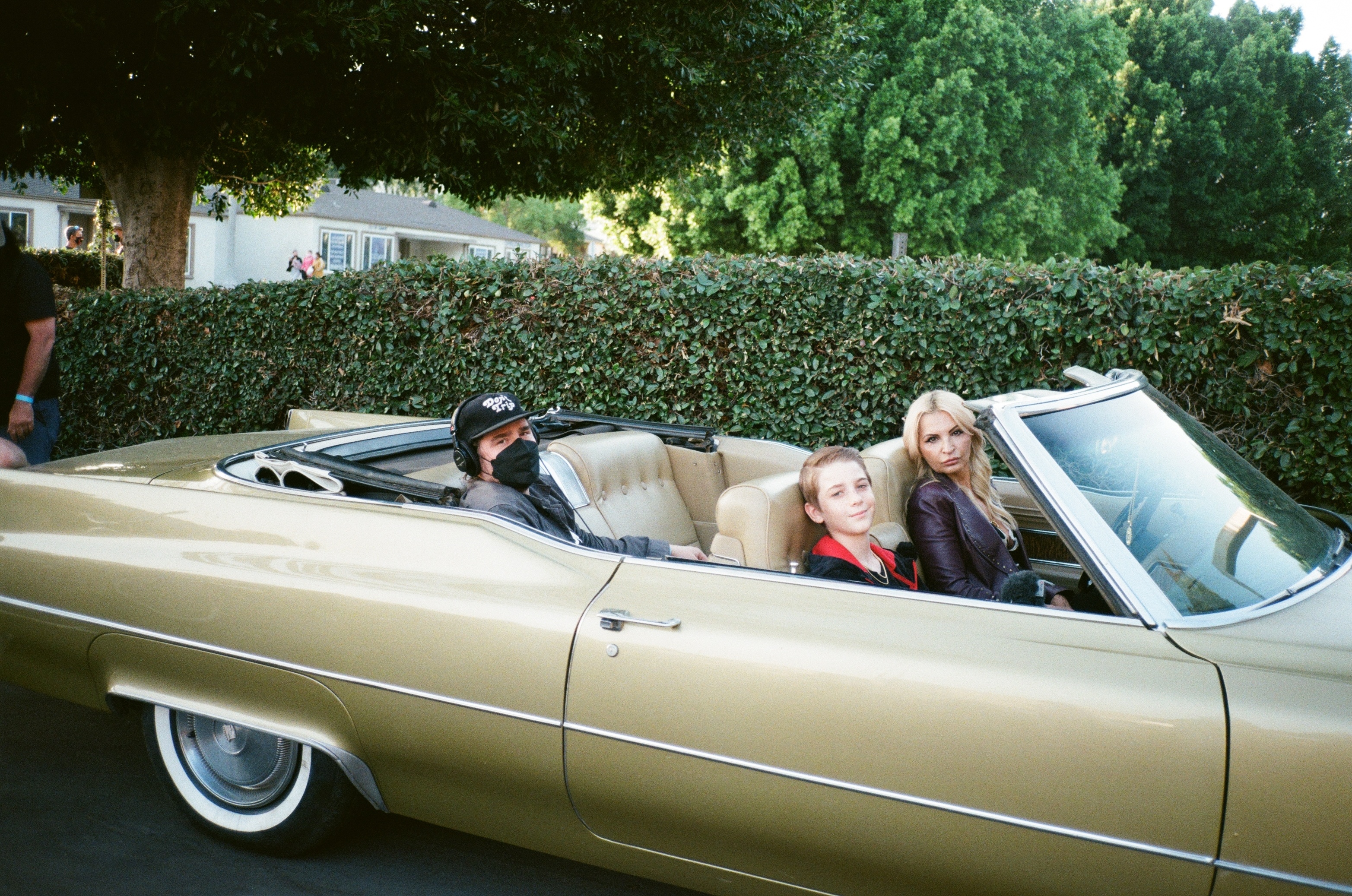 Bowling Green State University alumnus Sean O'Malley, in the back seat of the car on the set of "Euphoria," received an Emmy nomination for outstanding sound mixing on the hit HBO show. (Eliana Alcouloumre)

Emmy-nominated for sound mixing on 'Euphoria,' BGSU alumnus credits the University for leading him to his dream career 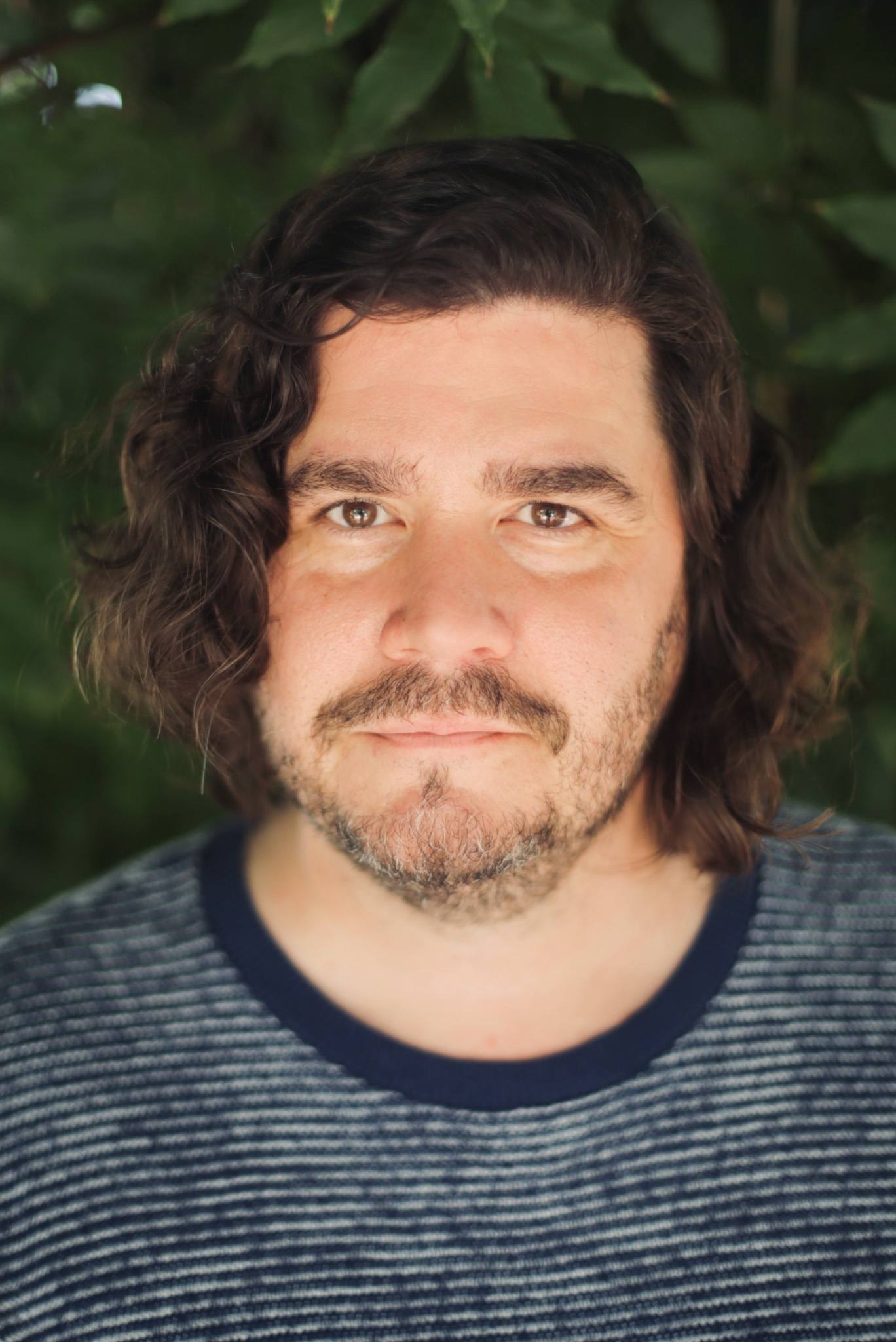 Sean O’Malley '02 considered himself a bit of a lost soul when he arrived at Bowling Green State University as a freshman in fall 1998.

He had ambitions to work in the entertainment industry, though he admitted it sometimes felt impossible to achieve.

“I was kind of aimless,” O’Malley said. “I knew I wanted to work in the entertainment industry, but it seemed so unachievable as a goal.”

Now, as an Emmy-nominated sound mixer for the hit HBO show “Euphoria,” O’Malley is grateful for both never losing sight of his dream and the recording class at BGSU that opened his eyes to a career in Hollywood.

“I don’t know if I would have discovered the path I eventually went on without taking that initial introduction to audio recording technologies class,” he said. “It put everything into perspective.”

In the nearly two decades O’Malley has been in Los Angeles, he’s built a reputation as an expert sound mixer. He has worked on close to 100 movies and television shows, including “Punk’d,” “Togetherness,” “Insecure” and “The L Word: Generation Q.”

On “Euphoria,” O’Malley and his crew record all the audio on set, including dialogue between characters, practical effects like a door being kicked in and live musical performances. His goal is to capture as many auditory elements as possible.

“Sound is the part of storytelling that works with your imagination to amplify what you're seeing on screen,” O’Malley said. “Because sound is so immersive, you might not even notice it unless something feels off. Try watching a horror film with the sound off. I’d be willing to bet it's not nearly as scary. When the score is added to the chase sequence in an action flick, the frantic pace of the music is what gets your adrenaline going.”

Aside from being skilled in the craft, O’Malley said reputation in the industry and communication skills are among the greatest assets of a sound mixer.

“This didn’t happen overnight,” O’Malley said. “It took a long time for me to get here. The coolest thing I’ve realized is that it is achievable. You can come out here and follow your dreams as long as you understand the big picture and take it one step at a time. When I moved out here, I truly had no contacts in the industry and was still able to get to where I am today.” 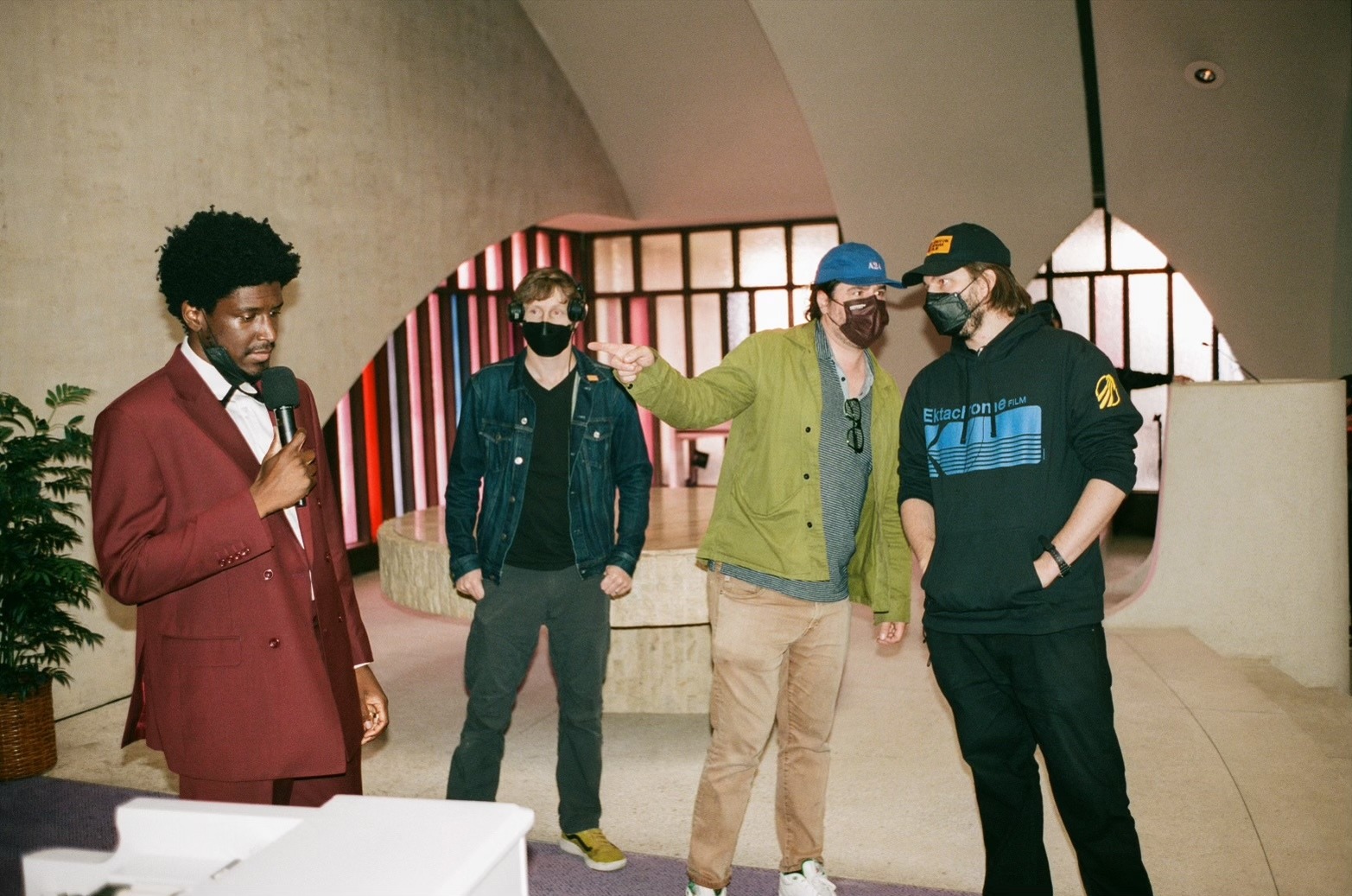 Sean O'Malley, center, talking with Sam Levinson, director and creator of "Euphoria," on the set of the show. The show's composer, Labrinth, is in the foreground. (Eddy Chen)

O’Malley and his freshman-year classmates were playing guitar on the stoop of Prout Hall when fellow resident, Nathan Steinmetz, was flipping through a course catalog and discovered the recording technology minor at BGSU. After taking the Introduction to Recording Technologies class with Mark Bunce ‘85, O’Malley went from undecided to majoring in general business with a minor in recording technology.

“I remember when Sean was taking my class, I could see something ‘clicking’ with him,” said Bunce, retired director of recording services and engineer for the MidAmerican Center for Contemporary Music at the University. “He not only had an interest in the subject and the industry itself, but he also had a natural grasp of the fundamentals and techniques of recording that would serve him well in the future.”

After graduation, O’Malley moved back home to Youngstown, Ohio, to work at his family’s trucking business. Delaying the pursuit of his dream to work in Hollywood is still one of his biggest regrets.

“Don’t compromise in whatever it is you want to do,” he said. “The sooner you take the plunge to reach your goals, the better.”

Two years later, in 2004, O’Malley packed up his car and headed to Los Angeles. His first job was in a music studio, though he eventually found his niche in film and television after taking an unpaid job as a boom operator. He landed his first paid job because of that two-week assignment.

From there, O’Malley continued learning the business, networking and meeting with directors, all while building a solid reputation in the industry. In his line of work, word of mouth is crucial.

“The weird thing about audio is most people don’t know what it is or how to do it,” O’Malley said. “It’s hard at times, even for directors. This Emmy nomination signals to them that I know what I’m doing.”

“Euphoria” is nominated for 16 Emmys, including outstanding drama series. The winner of outstanding sound mixing for a comedy or drama series will be announced Sept. 4 at the 2022 Creative Arts Emmy Awards.