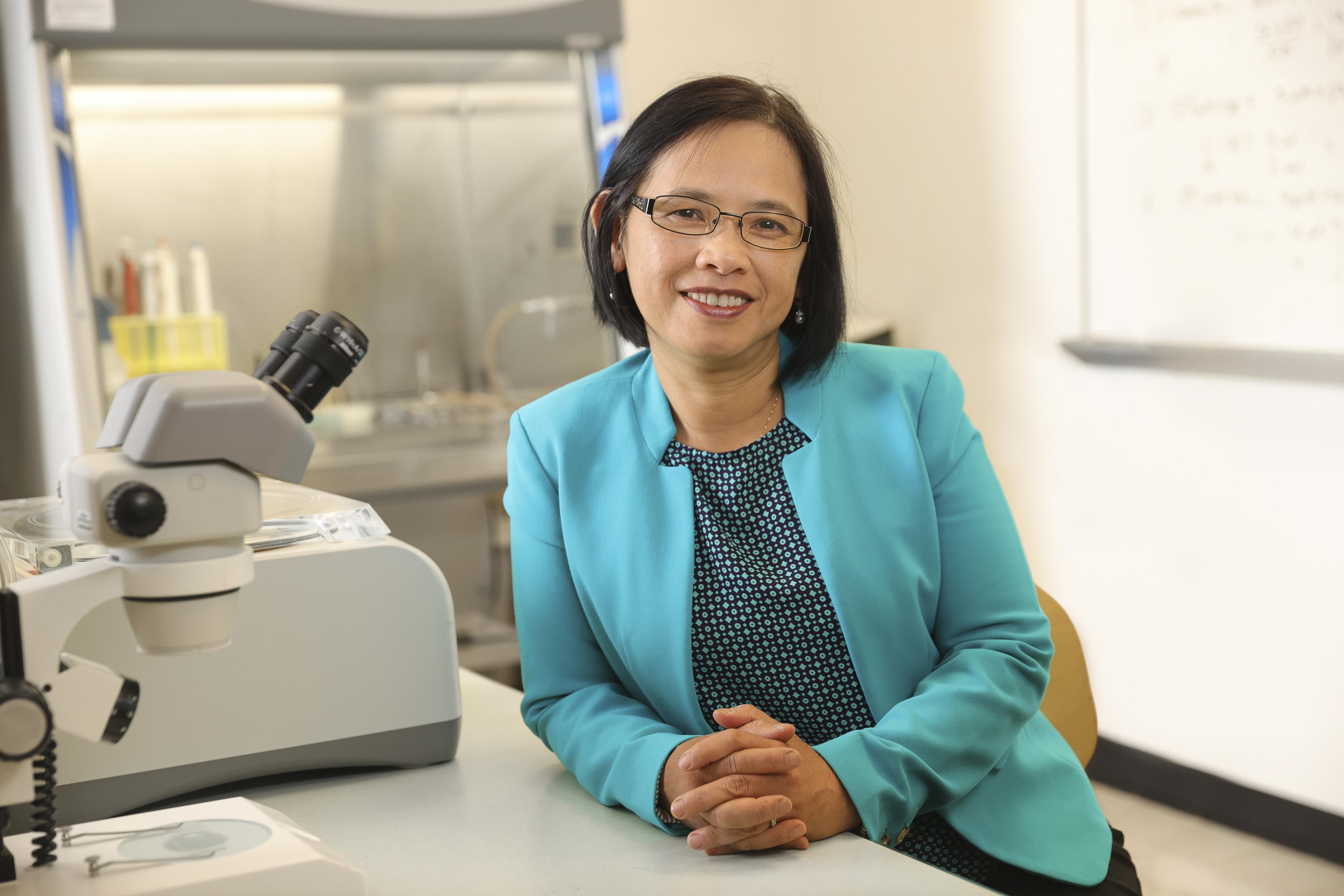 BGSU pathologist Dr. Vipa Phuntumart was selected for a prestigious U.S. Fulbright Scholar fellowship, during which she will study Phytophthora disease in a six-month residency in Thailand. (Craig Bell / BGSU)

It stands to reason that most Americans will never try durian, the notorious yet highly valued ‘king of fruits’ native to Southeastern Asia.

Nothing quite like durian is native to the United States – but the durian’s fight is one shared with food production everywhere, ranging from soybean farms in the Midwestern U.S. to cocoa bean harvests in Western Africa to citrus production in India or Mexico.

That is where the expertise of Bowling Green State University pathologist Dr. Vipa Phuntumart will come into play, as Phuntumart’s expertise in Phytophthora, bioinformatics and laboratory experiments led to her selection for a prestigious U.S. Fulbright Scholar fellowship. 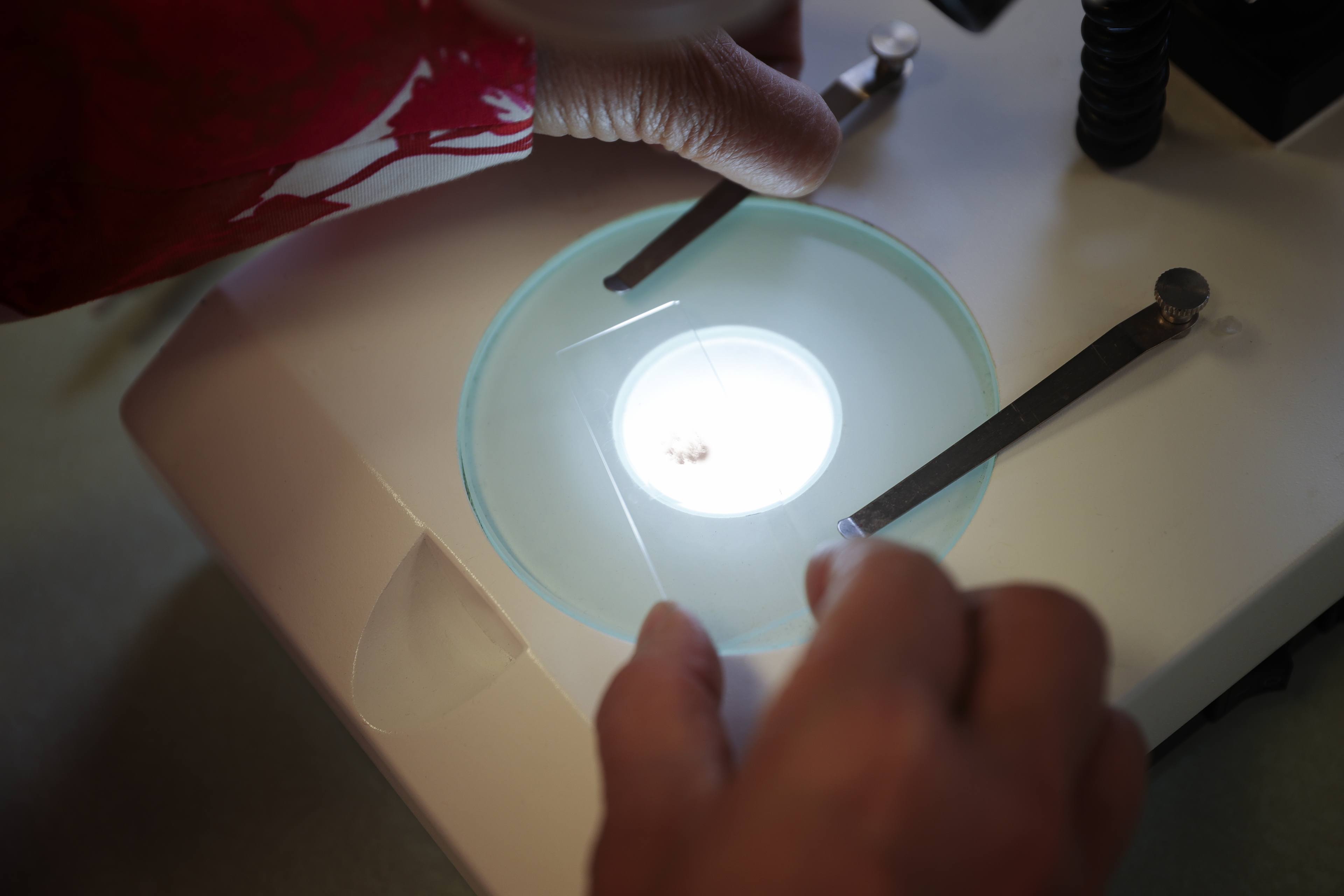 Phytophthora disease is a major threat to crops across the world, including soybeans in the American Midwest, but the use biocontrol techniques look to be a promising alternative to chemical pesticides.

Phuntumart, an associate professor of biological sciences and departmental honors advisor at BGSU, will travel to Thailand for the six-month fellowship, during which she will co-teach a seminar course and workshop for graduate students in the Agricultural Innovation and Management Division in Soil Science at Prince of Songkla University. She will collaborate with Dr. Ashara Pengnoo, whose lab studies biocontrol of pathogens in plant life.

Together, their research seeks to better understand Phytophthora and study a promising possible alternative to chemical pesticides.

“When my colleague said, ‘Hey, we have this problem in durian that’s very serious,’ I said, ‘Wow,’” said Phuntumart, who has been studying the issue for nearly 20 years. “I started doing Phytophthora research when I got to Bowling Green in 2003, and I started working on Phytophthora because it’s actually the second-most serious disease for soybeans behind the nematode.”

The fruit of the durian tree looks similar to pineapple, but is unmistakable because of its rancid smell. Carrying durian is banned in the subway systems of Singapore and Thailand and in certain hotels, yet its sweet, custard-like flesh makes it a beloved delicacy and a key crop in portions of Southeastern Asia.

While durian and soybeans have many differences, they share a common issue in Phytophthora, a plant-destroying pathogen that is especially difficult to manage. While chemical pesticides can eradicate Phytophthora, using pesticides also can have adverse effects for the plant itself, only compounding the issue.

“The Phytophthora oomycetes, their cell wall is very similar to plants, which means that when they are plant pathogens, they are very hard to treat,” Phuntumart said. “If you try to use chemical treatment, it will kill the pathogen, but it will also affect the plant’s cell wall. 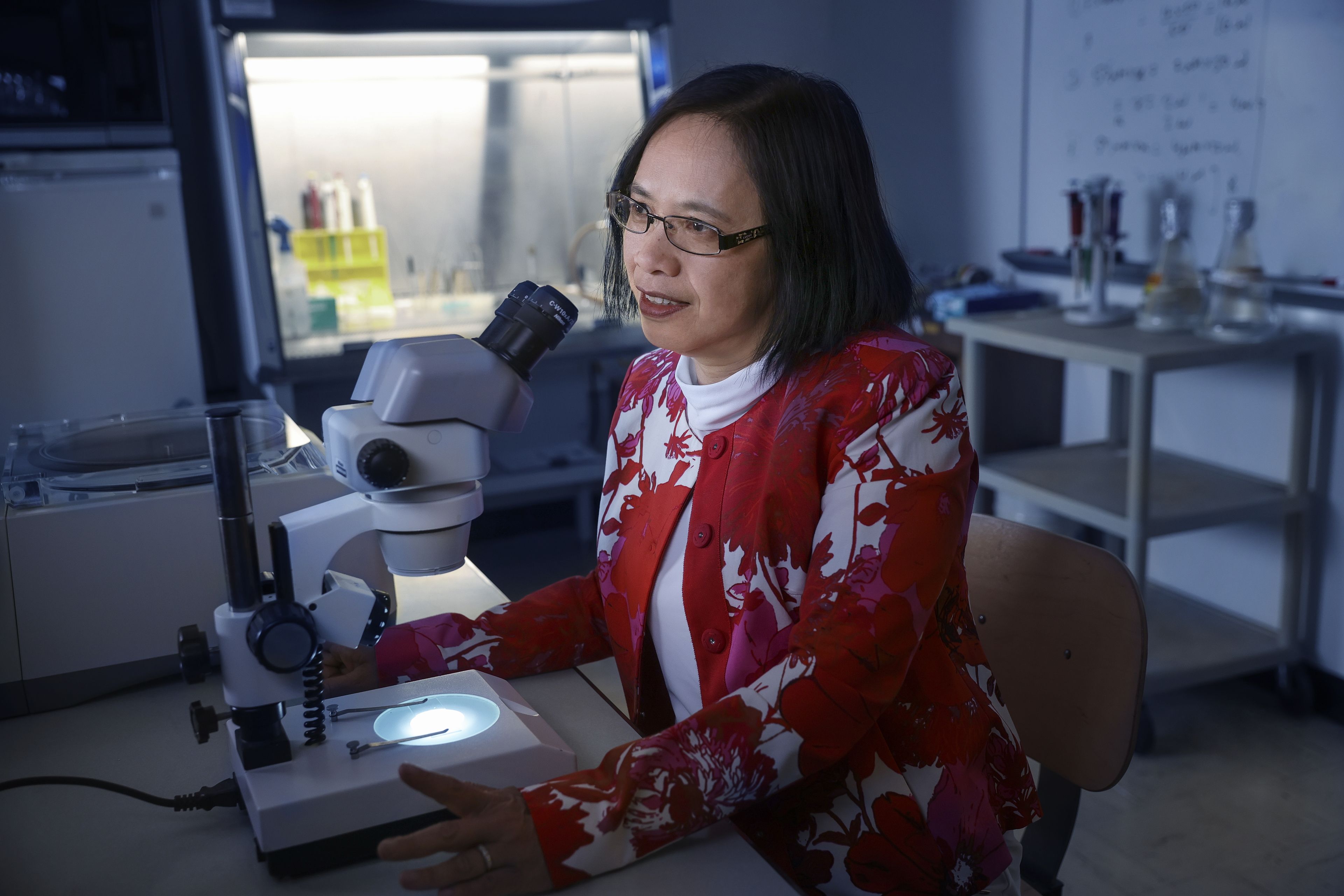 As a renowned expert in Phytophthora disease, Dr. Vipa Phuntumart will contribute to research that seeks to better understand Phytophthora and study a promising possible alternative to chemical pesticides. (Craig Bell / BGSU)

“You try to kill the pathogen, but you also kill everything else, including good microbes like Bacillus.”

Part of the research to which Phuntumart will contribute involves Bacillus – types of which are most commonly known for their use in probiotic foods like yogurt – as a live microbial antagonist that might combat Phytophthora.

So far, that has been a promising alternative to chemical pesticides.

Phuntumart’s part of the research will focus on detection, quantification and control of Phytophthora using biocontrol agents.

Until we understand how the pathogen’s biology works, she said, we will not be able to control it, which is where the use of bioinformatics will help.

“They make spores, so if we know the biology of spore production, we could stop them from making a lot of spores, but if you don’t know their biology, you don’t know at what step to stop them,” Phuntumart said. “Having that bioinformatics data helps us to speed up the research because we could narrow on our target.”