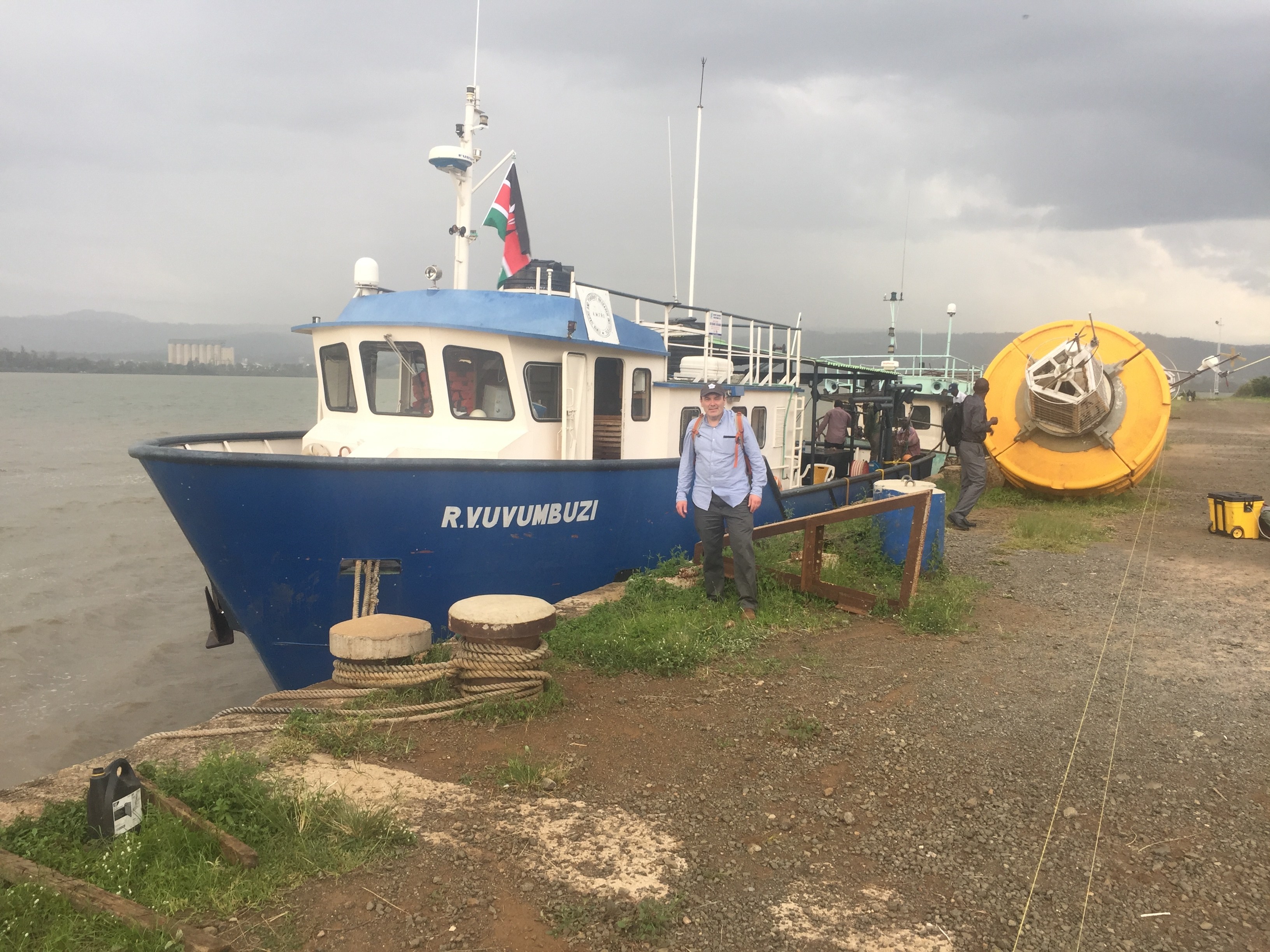 BGSU research professor Mike McKay stands in front of the Vuvumbuzi during a 2018 trip to Kenya. A BGSU-led team of researchers that includes McKay is returning to Kenya this month for a comparative study that seeks to establish universal rules that apply to freshwater (Photo courtesy George Bullerjahn)

During their first trip to the Kenyan portion of Lake Victoria, the largest freshwater lake in Africa, Bowling Green State University researchers George Bullerjahn and Mike McKay saw something all too familiar.

They were a world away from the Great Lakes on their initial trip in 2018, travels that took them to a different country with a different economy, different land uses within the watershed and a vastly different climate, yet the unmistakable green hue of the water signaled the issue they had studied for years – toxic algal blooms – was far from isolated to Lake Erie or other temperate climates. 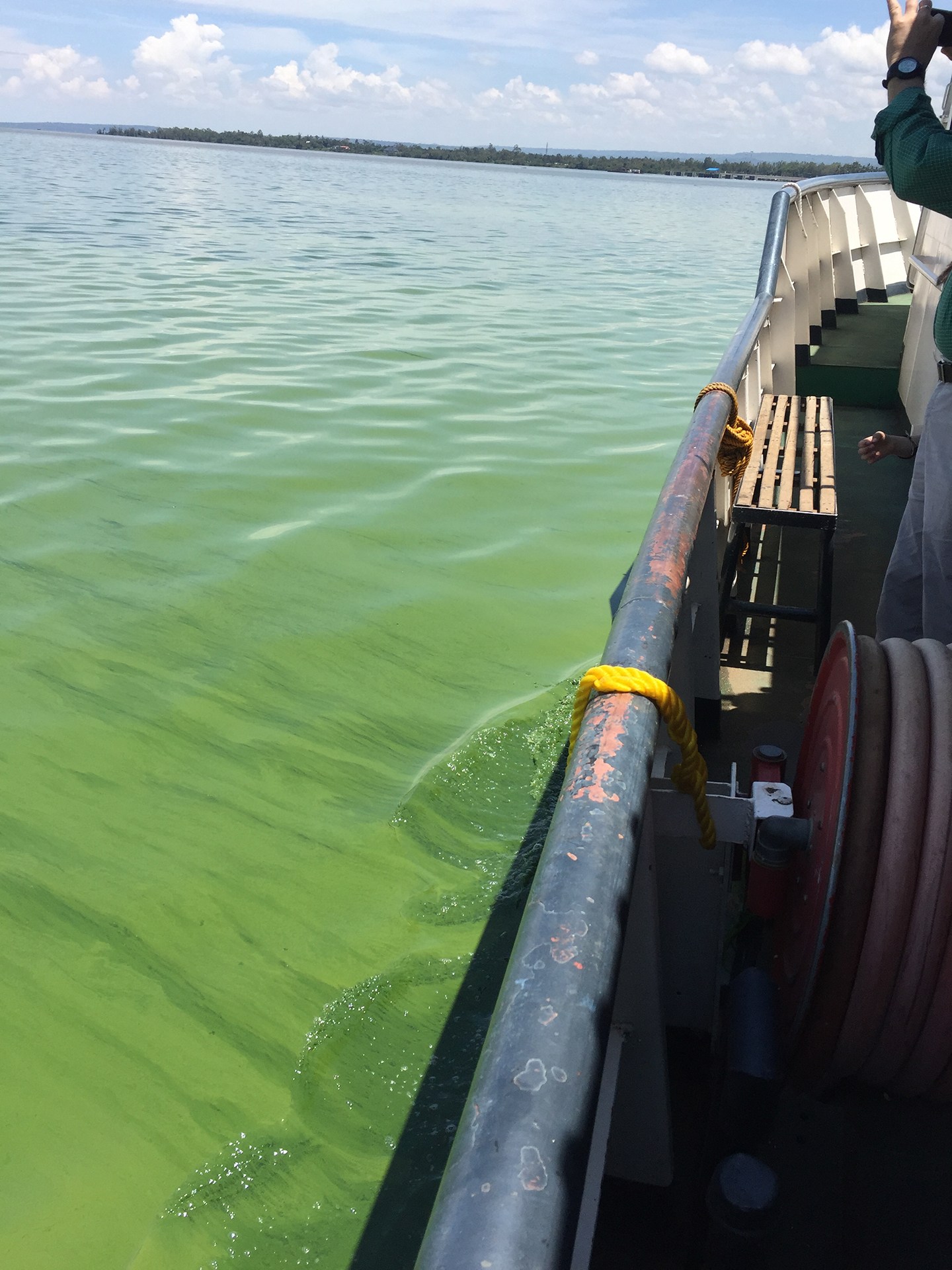 During a 2018 visit to Lake Victoria, BGSU researchers George Bullerjahn and Mike McKay saw a familiar sight: An algal bloom just like the ones they have studied in the Western Lake Erie Basin. (Photo courtesy George Bullerjahn)

Four years later, Bullerjahn, an emeritus professor of Biological Sciences at BGSU and the director of the Great Lakes Center for Fresh Waters and Human Health, and McKay, a BGSU research professor and the executive director of the Great Lakes Institute for Environmental Research at the University of Windsor, are leading a team of researchers back to Kisumu, Kenya to continue their work.

Despite the many differences between Lake Erie and Lake Victoria, the commonality between them has drawn the attention of the BGSU team, who are using a National Science Foundation grant of nearly $400,000 to travel across the world for a comparative study they believe can contribute to our understanding of toxic algal blooms.

“The same kind of toxic cyanobacteria grow in Lake Victoria as Lake Erie, so we’re interested to see how different the specific bacteria strains are in one lake versus another,” Bullerjahn said. “We’re comparing two lakes that have the same type of bloom, yet one freezes and the other one doesn’t. Can we come up with more universal rules for what drives these events and what causes them to be toxic?” 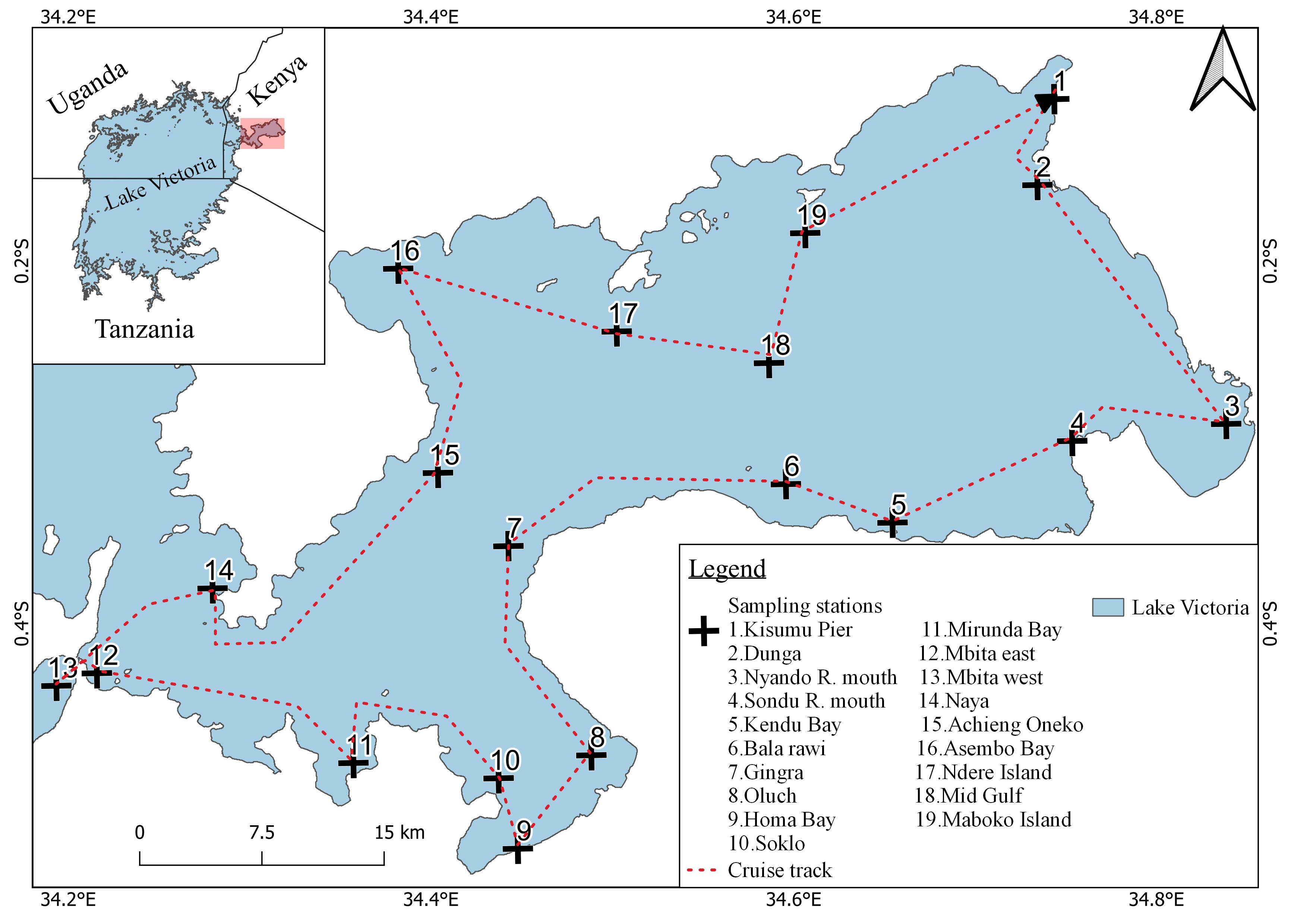 The comparative study on which Bullerjahn and McKay are working aims to gather more detailed data about toxic algal blooms that complements previous research. In the case of the Western Lake Erie Basin, from which water became undrinkable during a 2014 bloom of Microcystis, a sometimes-toxic brand of cyanobacteria, excess nutrients from agricultural runoff were the fuel.

While not every freshwater lake that experiences blooms is surrounded by expansive agriculture, the population near Lake Victoria has grown substantially in recent years. Kisumu is the third-largest city in Kenya and is home to more than a million residents.

Due to the importance of all freshwater sources, collaboration will be a key part of the trip, as the BGSU-led team will be working alongside Kenyan scientists and speaking with people who rely upon Lake Victoria for their main water source.

“Are they seeing changes? What do they associate with the changes? Is it development?” McKay asked. “I think it’s going to be really important to listen and to draw from that traditional ecological knowledge to see this issue more clearly.”

Researchers generally know that human-driven increases in nutrients are why blooms occur – but still have much more to discover about the minutia of algae.

“We don’t know a lot about the genotypes of the algae,” McKay said. “We know that they transition between some forms that are inherently toxic and some forms that really don’t have the genetic capacity to produce the toxins, but they otherwise look very identical. You wouldn’t be able to tell the difference between them under a microscope, and even if you looked for certain genes, they might both have them, so very minor things make up the differences.”

Those small differences, however, can lead to big questions about algal blooms.

“There are all sorts of possibilities between how green the water is and how toxic it is, and making connections is very difficult,” Bullerjahn said. “If you can make comparisons between different sites using the suite of molecular tools that we now have available – tools we did not have a generation ago – we can really learn some new things.”

With tools that can now streamline DNA and RNA sequencing much more quickly and cost-effectively, the researchers can determine precisely all the microbes present in the water while getting a glimpse of their physiological activity.

By conducting research into a freshwater lake with a much different set of circumstances than Lake Erie, then comparing the two, Bullerjahn and McKay hope their data can begin to answer these questions and establish baseline facts that can help predict when toxic blooms will occur.

“By combining data sets from all around the world from different Microcystis blooms, there is a possibility we can determine the factors that drive bloom toxicity, and therefore predict when blooms will be more toxic,” Bullerjahn said. “The more data we have, the better predictions we can make on not only the extent of blooms, but their toxicity.”