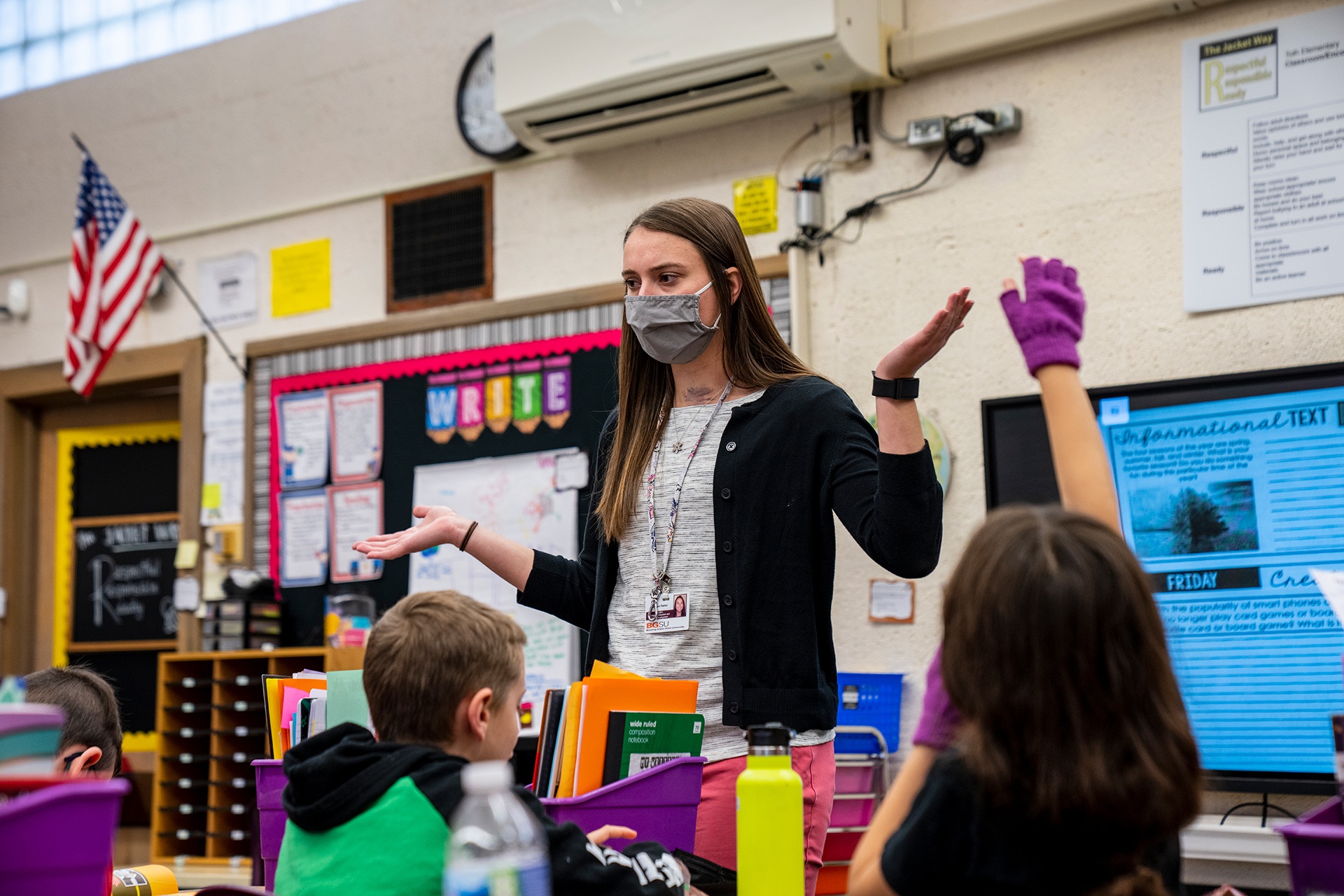 In addition to graduating with honors, Madisen Parker plans to obtain a generalist endorsement that will allow her to teach in a self-contained classroom in grades four through six.

When her alarm goes off during the 6 a.m. hour, Madisen Parker knows each day will be busy — but it has been a good type of busy for Parker, who has successfully merged both of her passions during a whirlwind yet rewarding semester.

Parker, who will graduate from Bowling Green State University with a degree in middle childhood education from the College of Education and Human Development (EDHD), did her student teaching during the fall semester while still playing for Falcon Women’s Basketball. 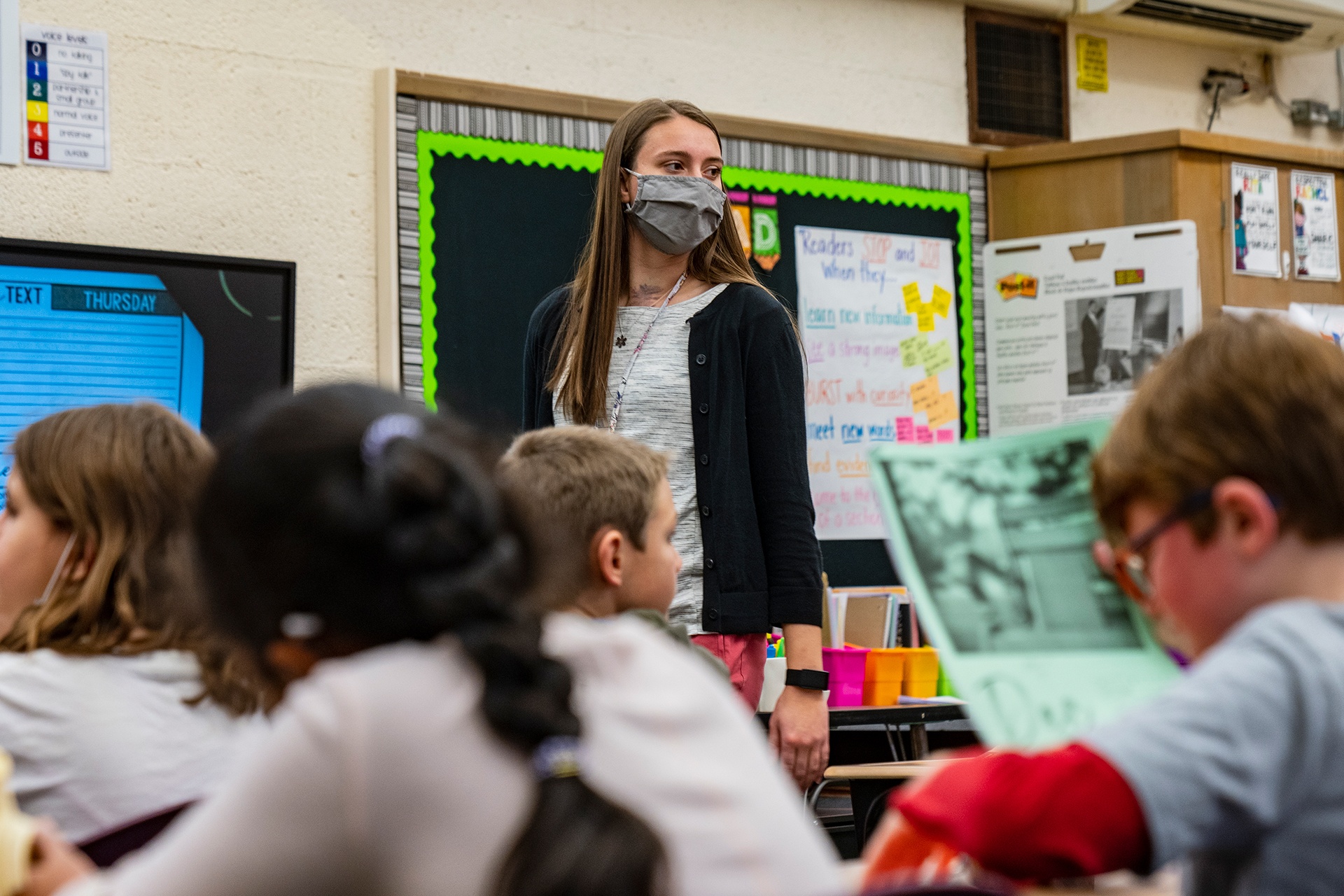 While the Falcons were in season, BGSU basketball player Madisen Parker completed her student teaching seminar at Toth Elementary in Perrysburg, Ohio, and will graduate with her degree in middle childhood education.

From 8 a.m. to 4 p.m., Parker taught fourth graders at Toth Elementary in Perrysburg, Ohio, but once the bell rang, No. 4 was back in the Stroh Center, running through workouts and keeping her jump shot ready for her role as the Falcons’ sharpshooter.

Time-consuming majors like education can be a significant challenge to fit into the regimented schedule of a Div. I athlete, but Parker said she knew that teaching was what she wanted to do all along.

“At the end of the day, you have to do what you love and what you have a passion for,” she said. “It didn’t take me very long to realize my passion, and teaching was going to be the profession that let me do all the things I wanted to do. Early on, I decided that you never back down from a challenge and that I was going to do everything I could to be the most successful in this degree and with my sport.” 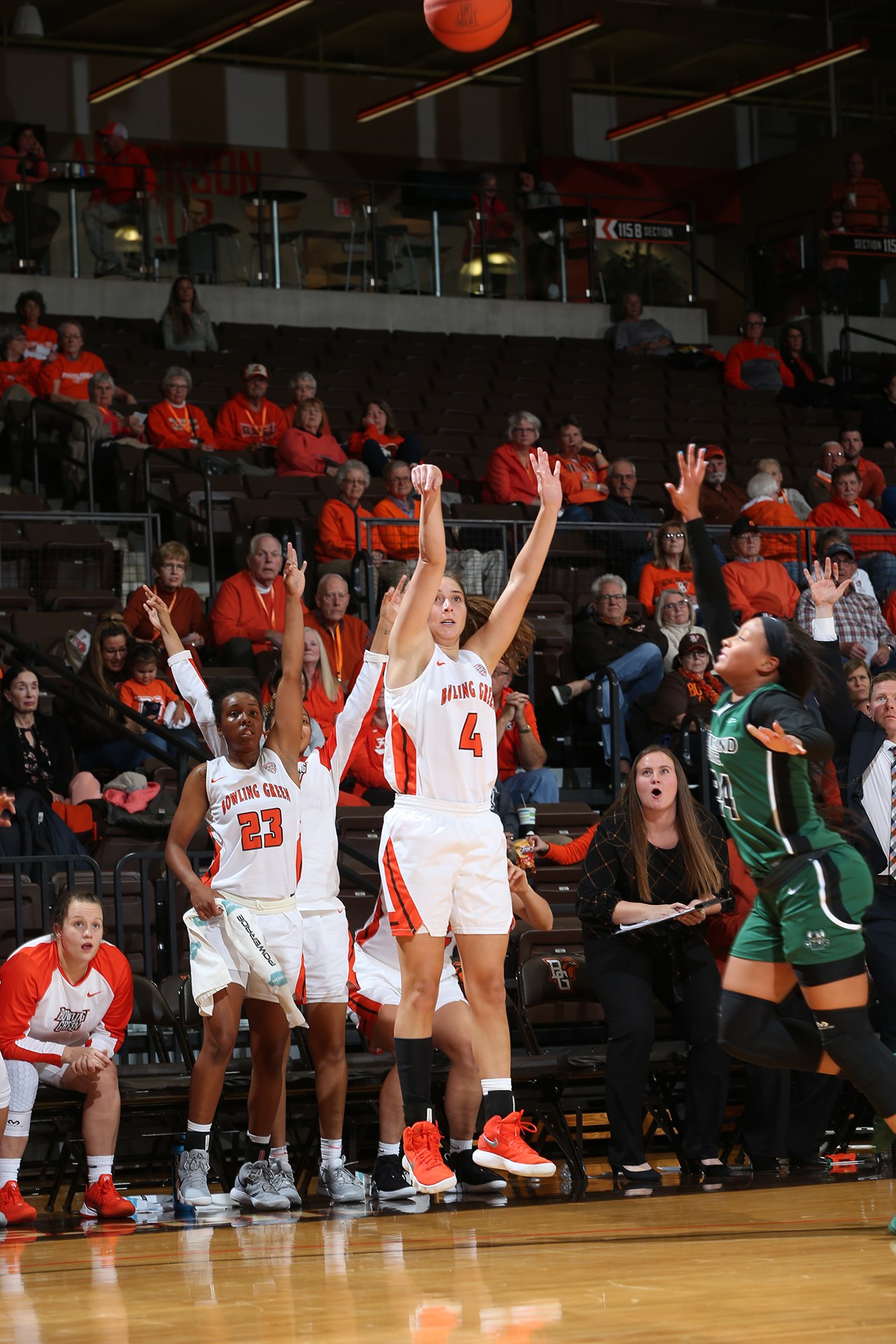 Madisen Parker led the country in 3-point percentage during the 2019-20 season and came into this season as Bowling Green's all-time leader by making 43.8 percent from behind the arc during her career.

A team captain for BGSU Women’s Basketball, Parker is also one of the top 3-point shooters in college hoops. She led the country in 3-point percentage in 2019-20, and her 43.8% career mark coming into this season ranks first in Falcon basketball history, men’s or women’s.

Her parents, Rod and Melissa, are both teachers, and Parker said she understood both the joys and the challenges that come with education.

In college, she knew student teaching would be difficult to juggle along with basketball, but said she was prepared to make the sacrifice, and she was thankful for coaches who worked with her to achieve her chosen degree.

“Going into this semester, I focused on priorities and, right now, it’s getting my degree and then basketball,” Parker said. “A lot of days I’m at school all day, then I come to the Stroh. My coaches have been awesome and have stayed late two, three, four times a week to put me through a workout. Then, once basketball is done, my priority is getting ready for the next day.”

Parker’s work ethic has been appreciated by her mentors both on the court and in the classroom. Associate professor of education Dr. Brigid Burke said she has seen Parker seek a well-rounded education that includes basketball and strive for excellence in both areas.

“She never talks about how things are too difficult. She told me one night after a student teaching seminar, ‘I have a lot on my plate, but I’ll get it figured out. I always do.’ And she does.”

“She has an incredible work ethic and the ability to balance student teaching and playing high-level college basketball,” Fralick said. “Madisen is one of the hardest working, team-first players I have ever coached, and she is also the type of teacher that I would want my own kids to have — that's how special she is.”

Parker had an idea that the semester during which she student-taught would include the feeling that there are not enough hours in the day, and joked that she was more right than she knew.

Building relationships with the same group of kids reaffirmed her decision to be an education major, she said, and the Falcons are aiming to defend their Mid-American Conference regular-season title from a year ago.

Ultimately, however, the task has been worth the serious effort.

“When you love something, it’s easy to justify doing hard things,” Parker said. “I love basketball and I love being in the teaching profession, so it’s been worth it.”