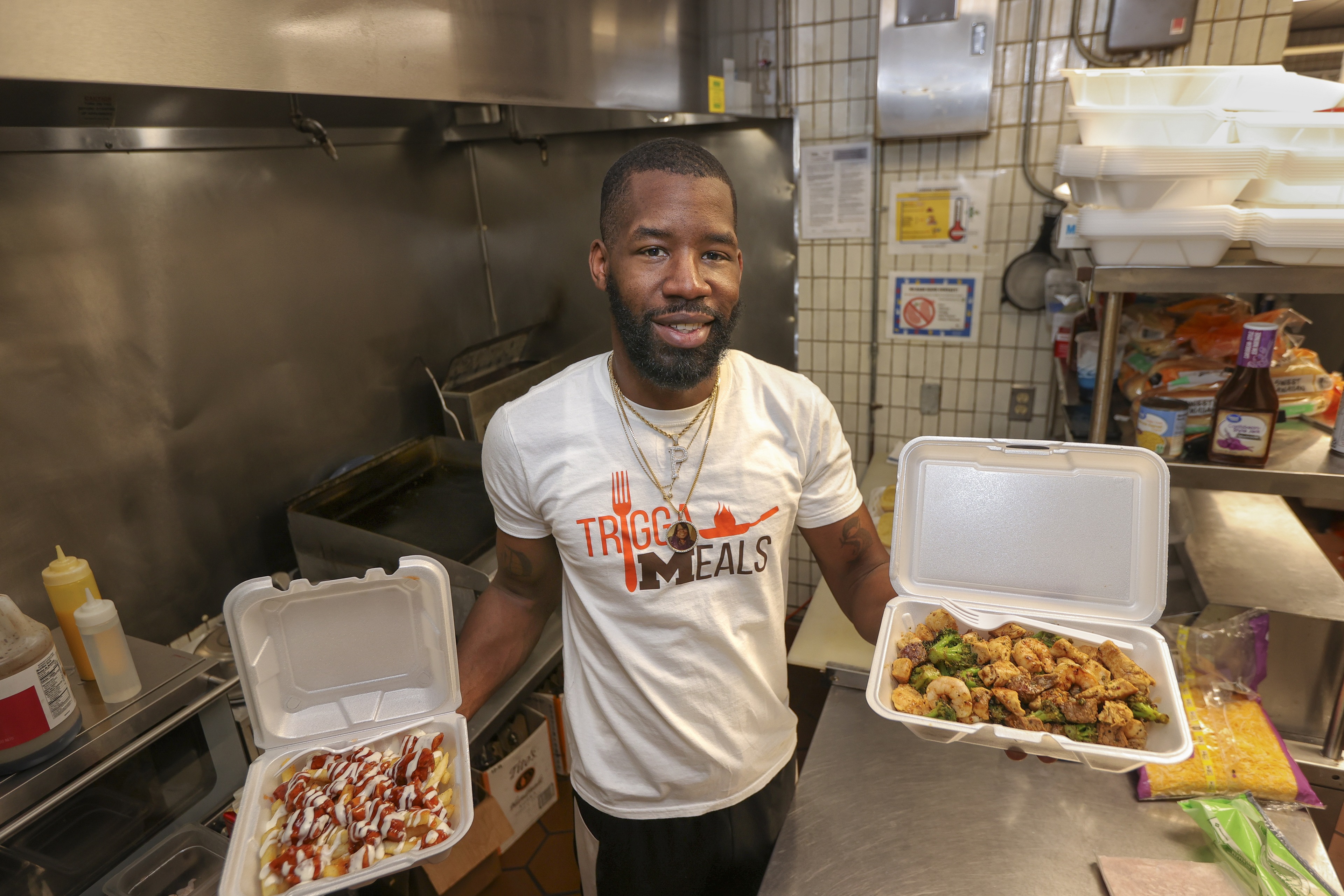 *The circulation desk will be staffed by campus police between midnight and 7 a.m.

One time, however, Shivers spent 17 straight hours studying at the Jerome Library. When he finished, there wasn’t anywhere still open where he could get a bite to eat. 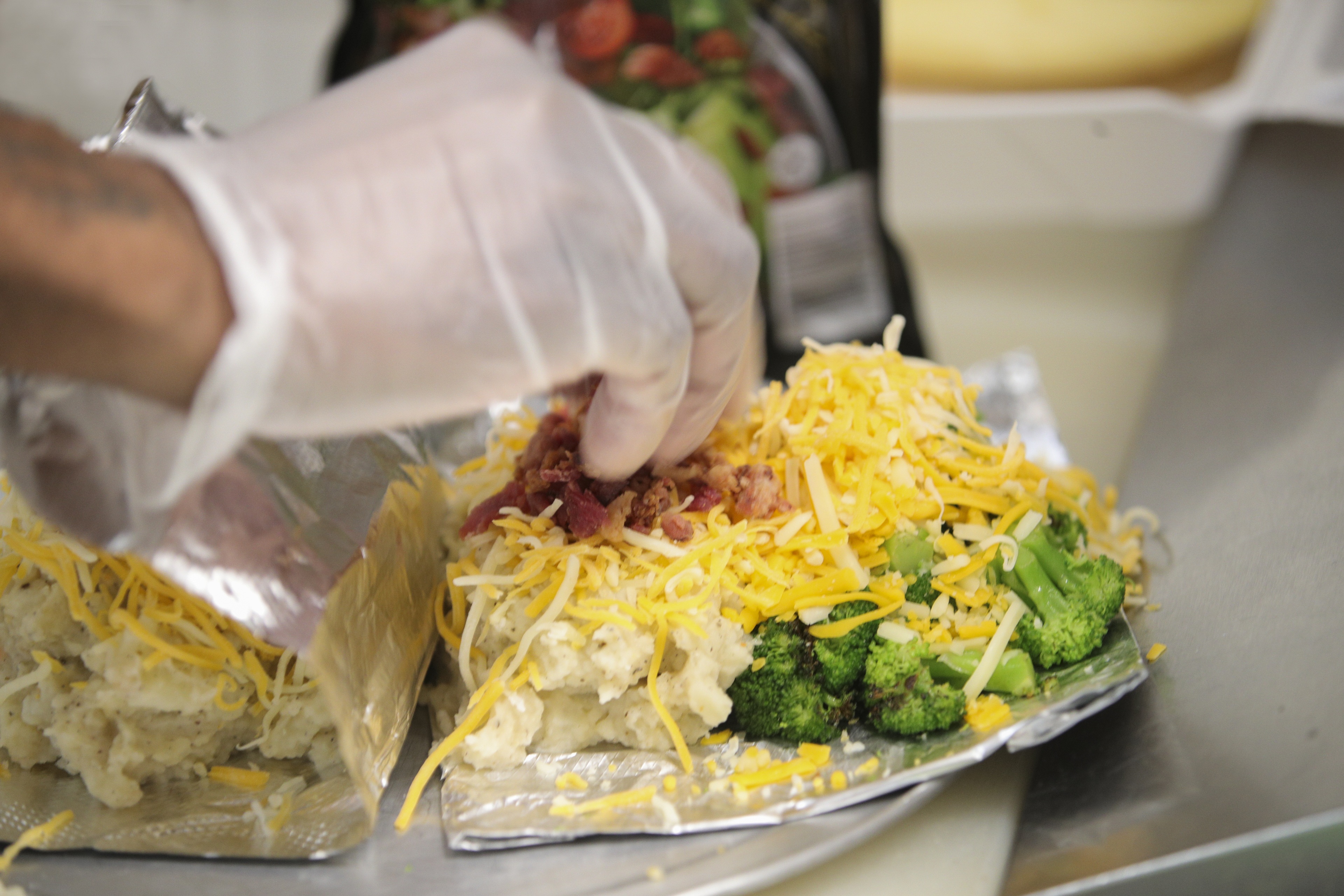 Shivers, owner and operator of TriggaMeals, plans to pay it forward on Dec. 14, when he will partner with the Jerome Library to make at least 100 meals available for BGSU students free of charge. The meals will be pre-packaged with utensils and disbursed while supplies last.

“I just remember the nights, especially during finals, when I would just be in the library studying and I would be hungry and not know where my next meal will come from,” said Shivers, who started his business in 2016 while he was still a student. “Since I've been in business cooking, I would go to the library and sometimes pass out 10 meals here, 20 meals there. I wasn't able to do it last year because of COVID.”

This year, due to the Market at Jerome being closed for the fall semester, the University Libraries wanted to fill the need during exam week by providing hot meals to students. After an initial meeting with Shivers, he was asked to step in. 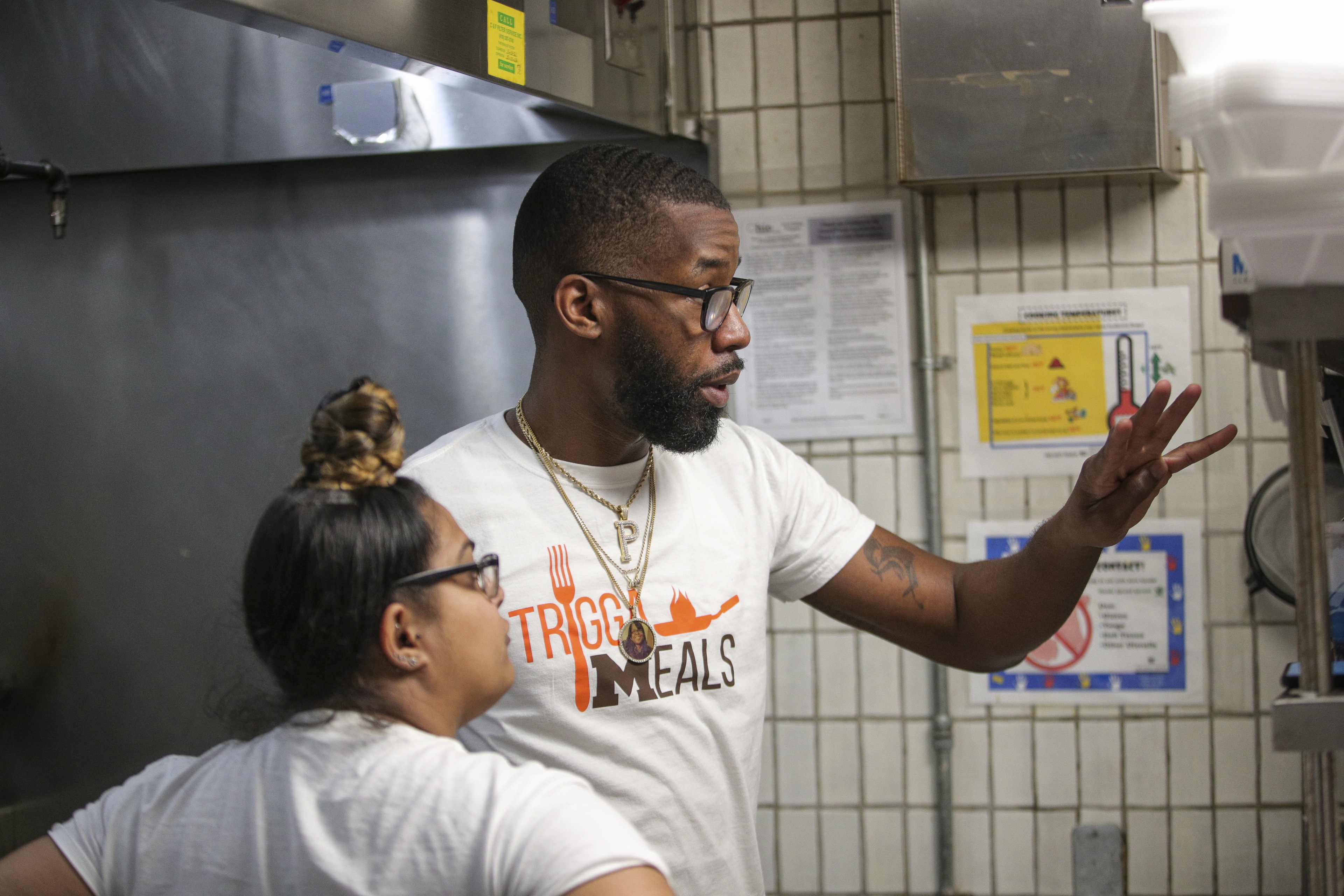 “His passion and commitment to BGSU radiates in his business practices and throughout conversations with him,” said Sara Bushong, dean of University Libraries. “Like many restaurant workers, he has felt the struggle of the pandemic, increased food prices and personal obstacles. In our meeting, he shared how and why he gives free meals — sometimes more than one — every day he is open. He wants to be a sense of safety, especially regarding food to students who may not have that option.”

The free meals will be set up on the first floor of the Jerome Library the evening of Dec. 14. Once the food is set up, an announcement will be made within the library. The only thing Shivers asks in exchange for the meal is to follow the library and TriggaMeals on social media. 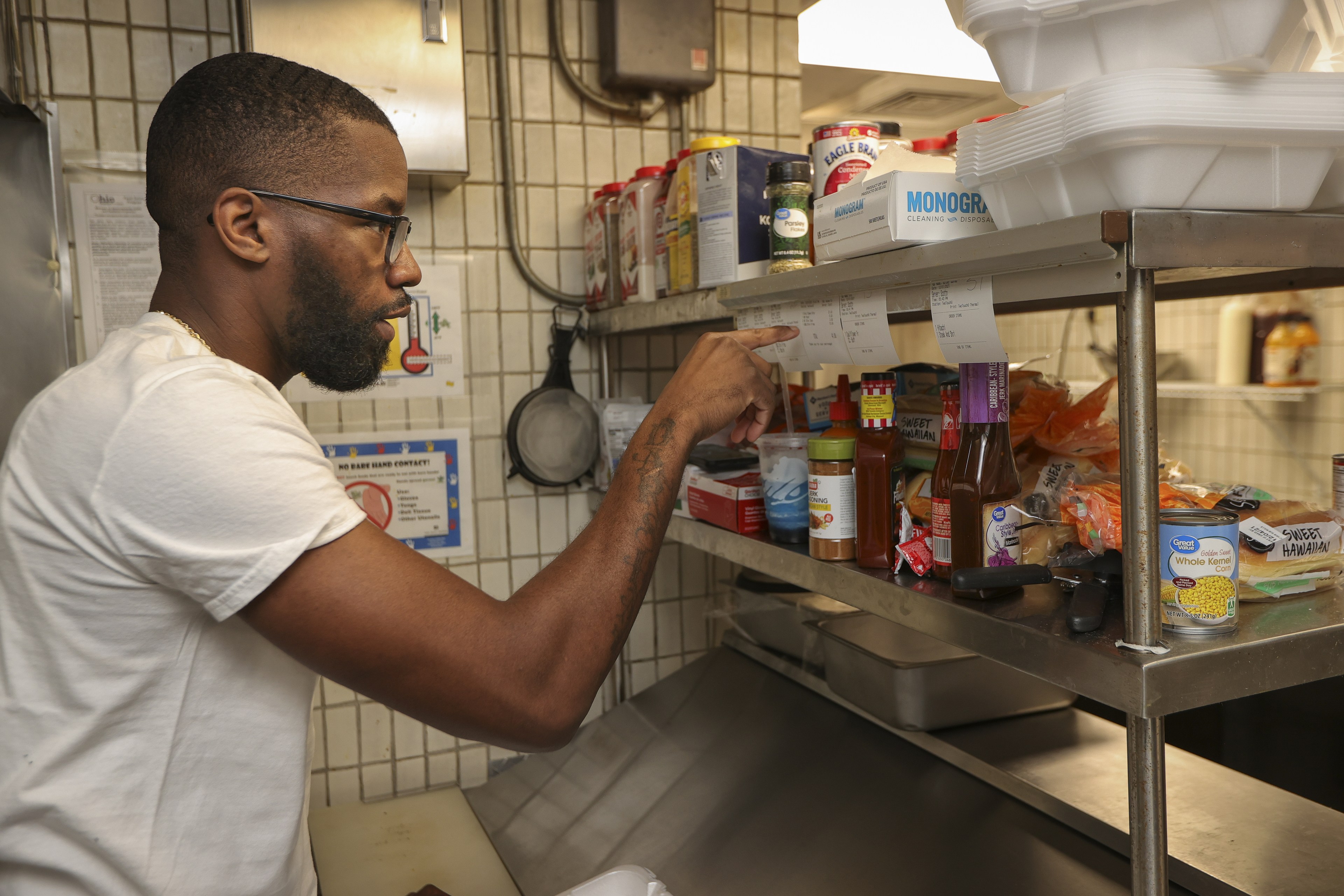 He operates out of the kitchen at Ziggy Zoomba’s, 300 E. Wooster St. He doesn’t have a set menu; rather, he posts each day’s menu on social media, where he has a large following on Facebook, Twitter and Instagram. Diners are encouraged to order early in the evening because he typically sells out most nights. A recent menu offering included a steak-bite combo ($21), three-meat hibachi ($23), chicken fries ($13) and a steak and shrimp sub with garlic parmesan fries ($14).

Shivers majored in communication at BGSU. He uses what he learned in his classes to help promote his business. 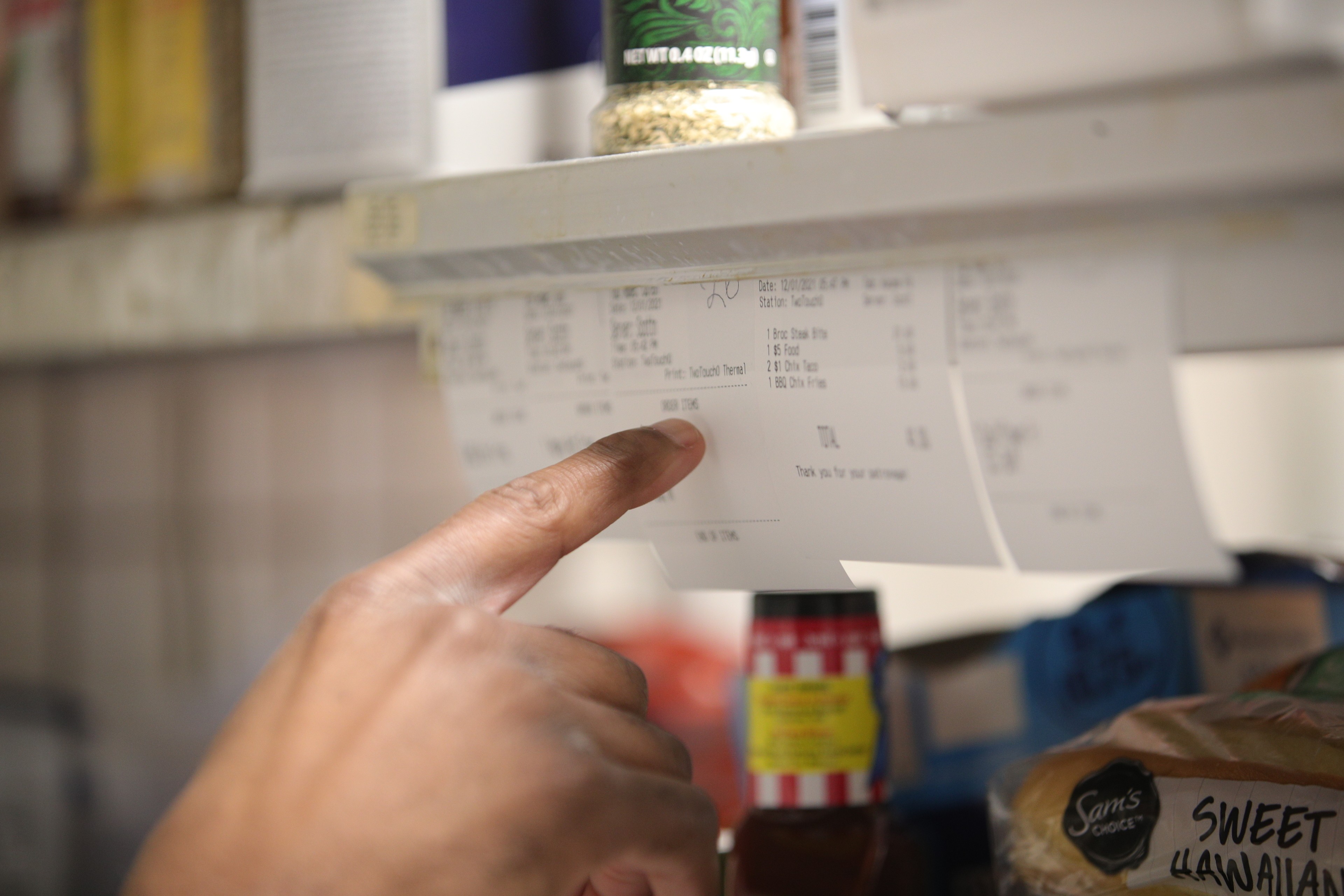 Shivers, who grew up in Detroit, started TriggaMeals in his apartment in July 2016, a couple of months after his mother, Sharon, unexpectedly passed away.

“My family — it was my brother, my dad and myself — we were faced with hard times, and my business was just really a way to bring some money in so I could catch up with some bills,” he said. “My friend actually gave me the idea to do it, and I put the idea out on Twitter, and everyone was just, like go for it.” 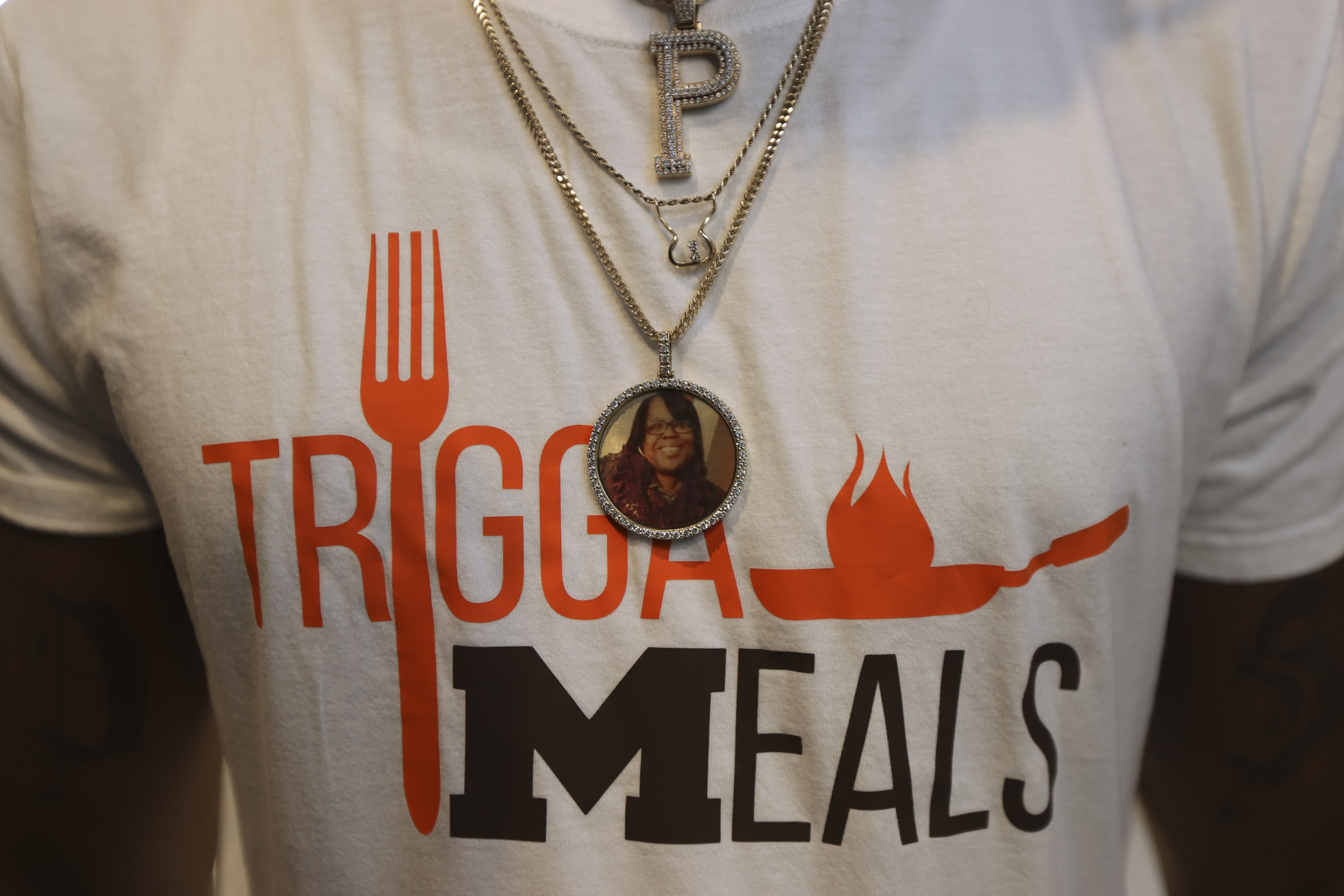 Shivers already had a background in cooking.

“My dad is a chef, my brother was a chef and my mom cooked for just about every event there was,” he said. “I learned from watching her. That was kind of like our bonding time. Anytime she would cook, she would always have me in there. Grab this pan, grab this fork or whatever, and we would play our music and everything. So that's kind of where I grew my passion for cooking, just in and around her.” 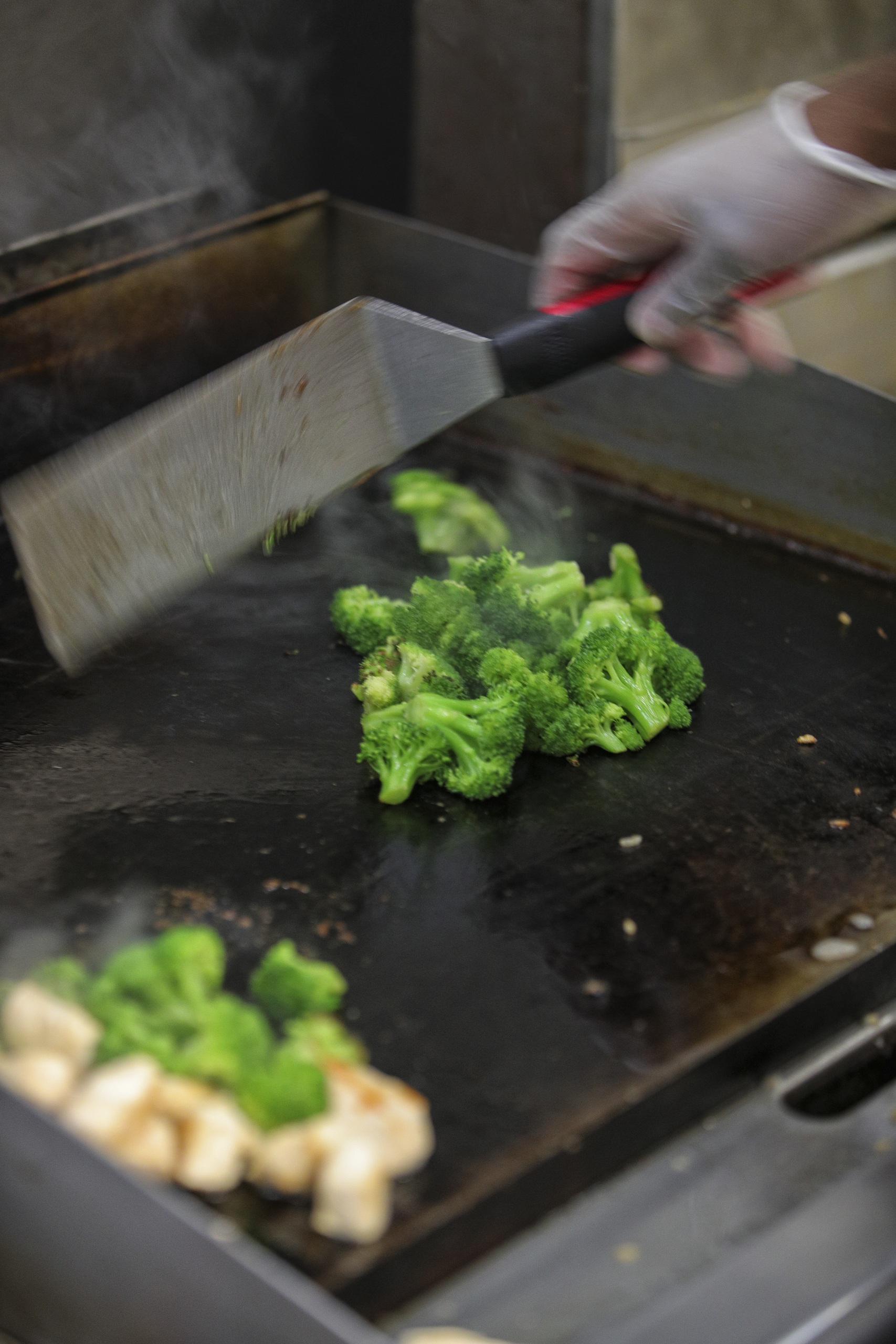 With TriggaMeals, Shivers wants to carry on the legacy of his mother and his brother, Darryl Jr. In 2018, he started a scholarship at BGSU for students who lost a parent or legal guardian in honor of his mother.

“My brother unexpectedly passed away in February this year, and we had plans to run TriggaMeals together. Just everything that my mom taught me and the future plans that my brother and I talked about, I just want to just continue with those plans while honoring them at the same time.” 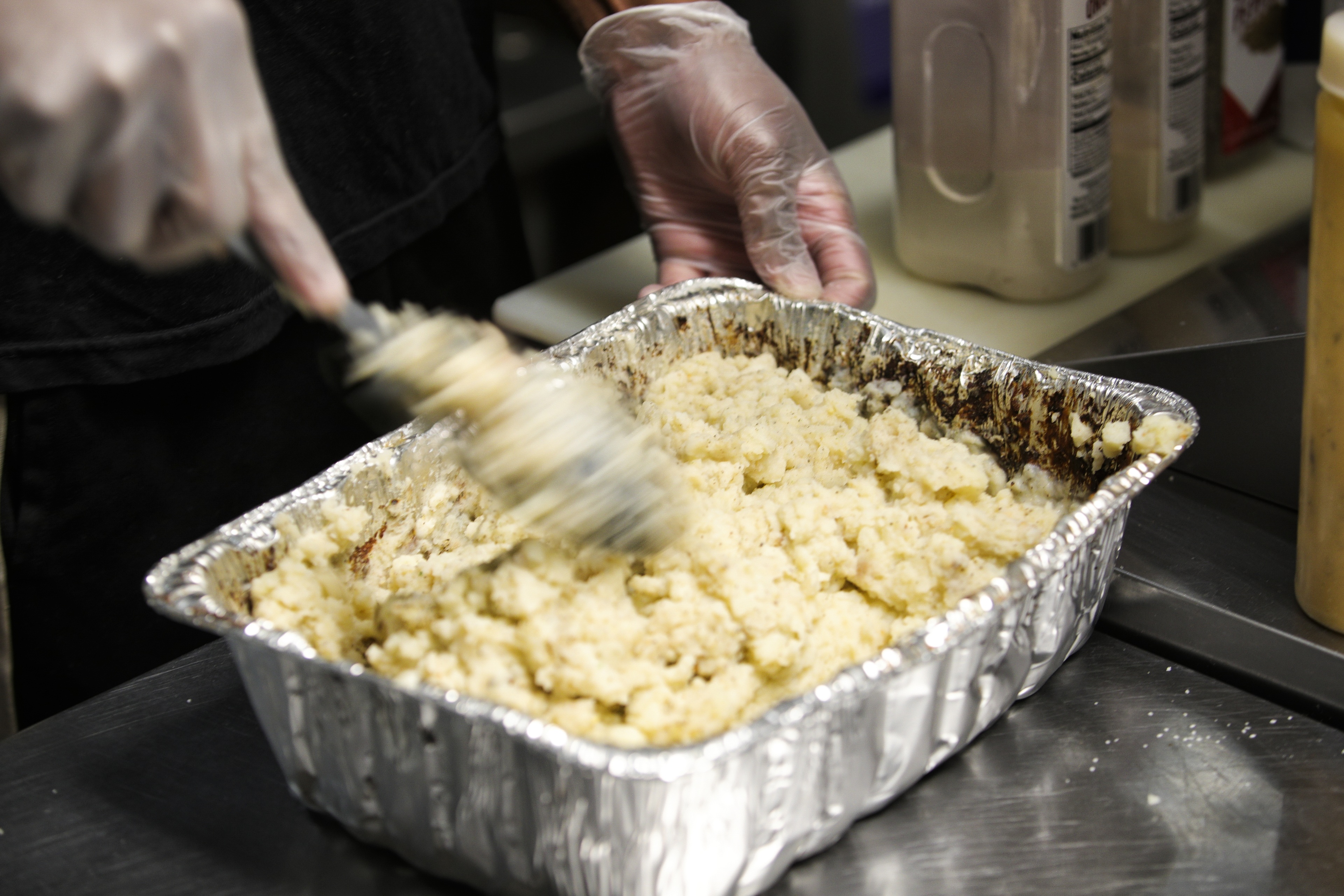 Shivers said he has seen a lot of growth in himself as a cook and as a business owner. 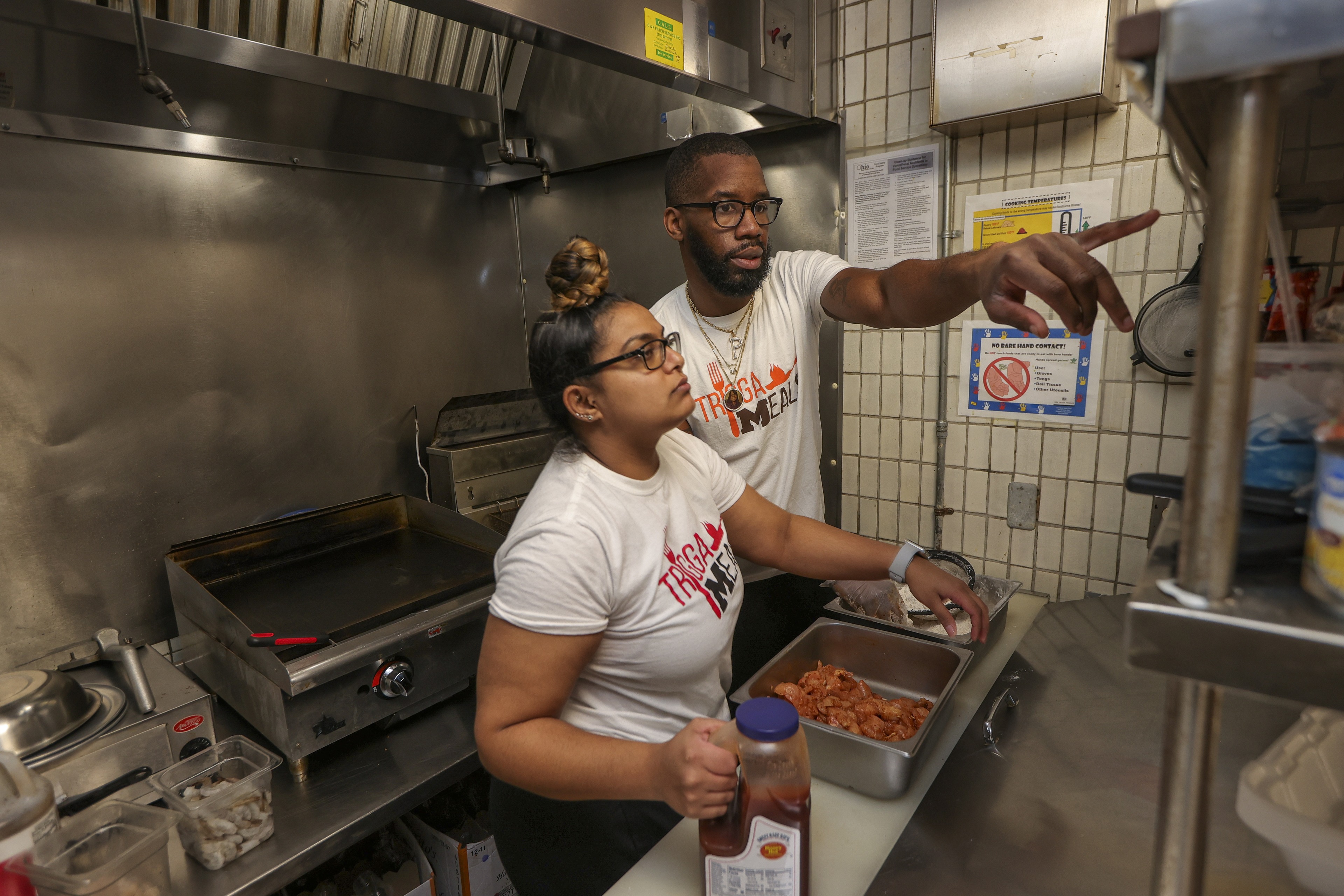 Shivers said customers can order in-person at Ziggy’s or through his social media accounts.

“Either way works,” he said. “You can order through my Instagram, Twitter or Facebook messages. If you choose to order that way, I'll confirm the order and as it's finishing up, I'll shoot you a message to head over. But if people want to walk in, they can do that as well.” 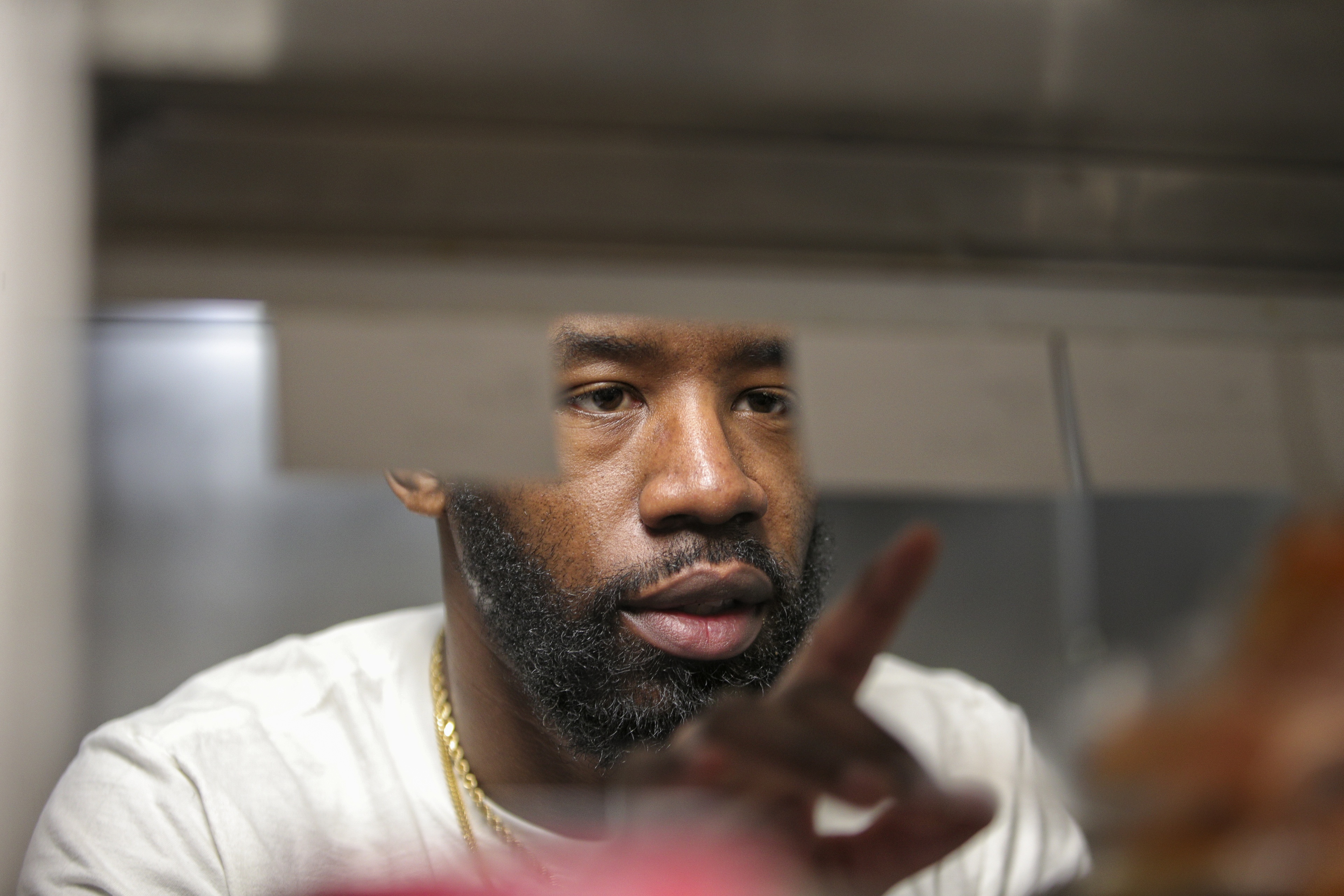 TriggaMeals’ normal days of operation are Monday through Thursday, starting about 5:30 p.m. until either the food sells or until about 10. Next semester, he is considering adding weekend hours and bringing staff on to serve the late-night crowd.

He also hopes to have a food truck in the coming year.

“That way,” he said,” I could just find a spot somewhere close to the football stadium and get my meals going that way.” 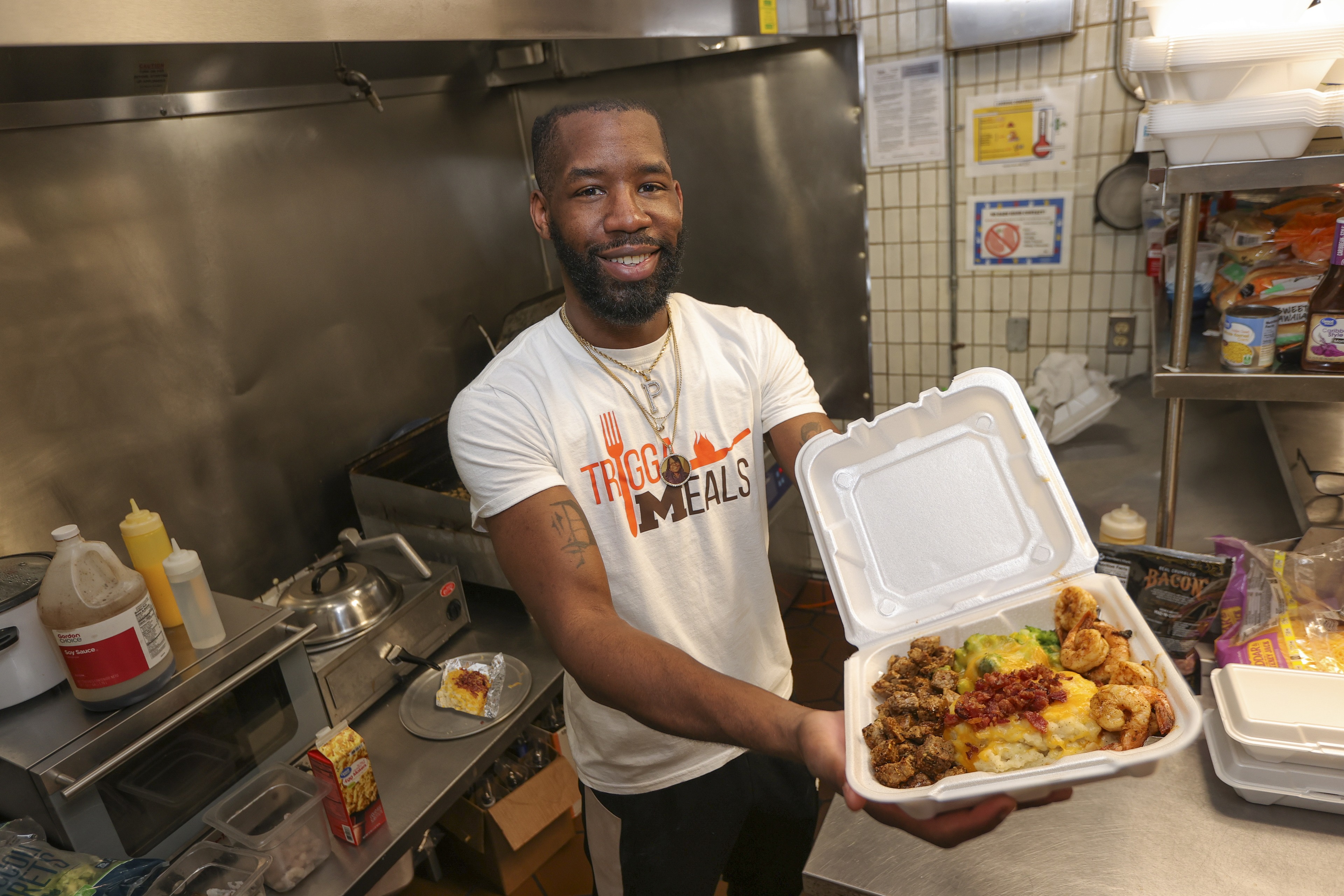