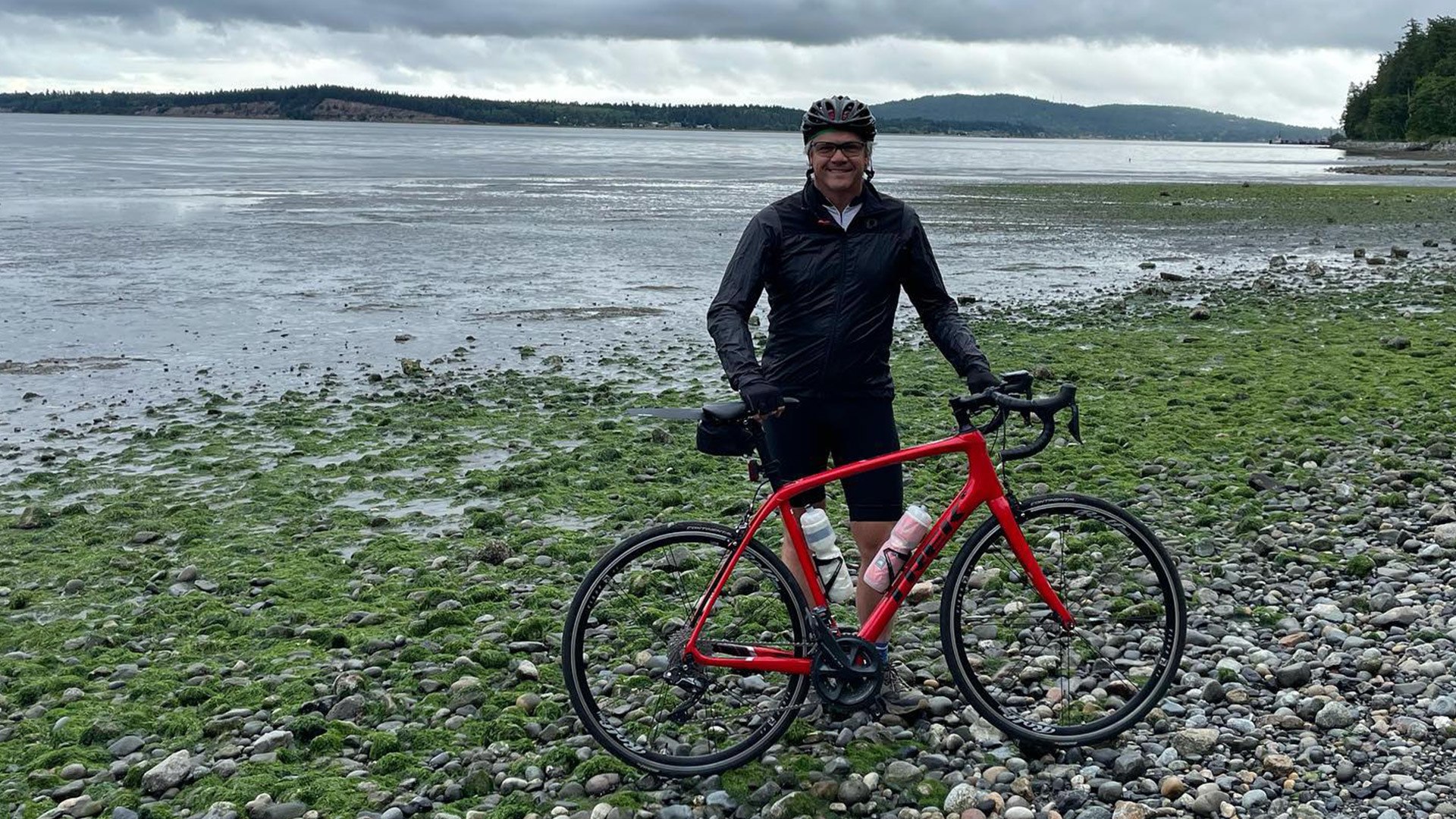 Q&A: Chris Willis on his cross-country bike trip of a lifetime

Start date: June 7
Finish date: Aug. 2
Rode in 15 states
Total of 45 days of riding
3,210.77 total miles
Climbed 97,428 feet (according to his bike computer)
Shortest ride: 8 miles due to a mechanical issue
Longest ride: 118 miles across Minnesota
Only had two flat tires; one tire replaced; no other mechanical issues

It took Chris Willis 45 days to ride his bike from Anacortes, Washington, to Bar Harbor, Maine, to raise awareness for public education.

As Willis traversed the country, he got an up-close-and-personal view from the seat of his bike that not many get to experience. He rode through a lot of different places, from Winnett, Montana, to downtown Cleveland — as polar-opposites as you can imagine. He rode over mountains and through valleys, crossed dozens of rivers and nearly came face-to-face with a pair of bison.

It was a bucket list trip of a lifetime.

He’s thankful he spent the summer with his son George, who drove support the entire trip, and he learned a few things along the way:

“It wasn't an easy thing to have done, and I succeeded — I did it,” Willis said. “I accomplished that goal. You know, you can do pretty incredible things when you put your mind to it and are willing to prepare and then stick with it when it gets a little tough. I will definitely be forever grateful for the opportunity to push myself mentally and physically in that way and will not allow myself to short-change what I can actually do moving forward.”

But would he do it again?

“I'm already thinking about what the next trip is,” he said. “I liked it enough that I want to do something else. Maybe it will be a few years before we do anything quite that big again, but I’m looking to find ways to continue to have adventures on my bike is certainly something that I'm looking forward to.”

The following is a Q&A with Willis, the doctoral program coordinator in the Bowling Green State University School of Educational Foundations, Leadership and Policy and an associate professor in the College of Education and Human Development. 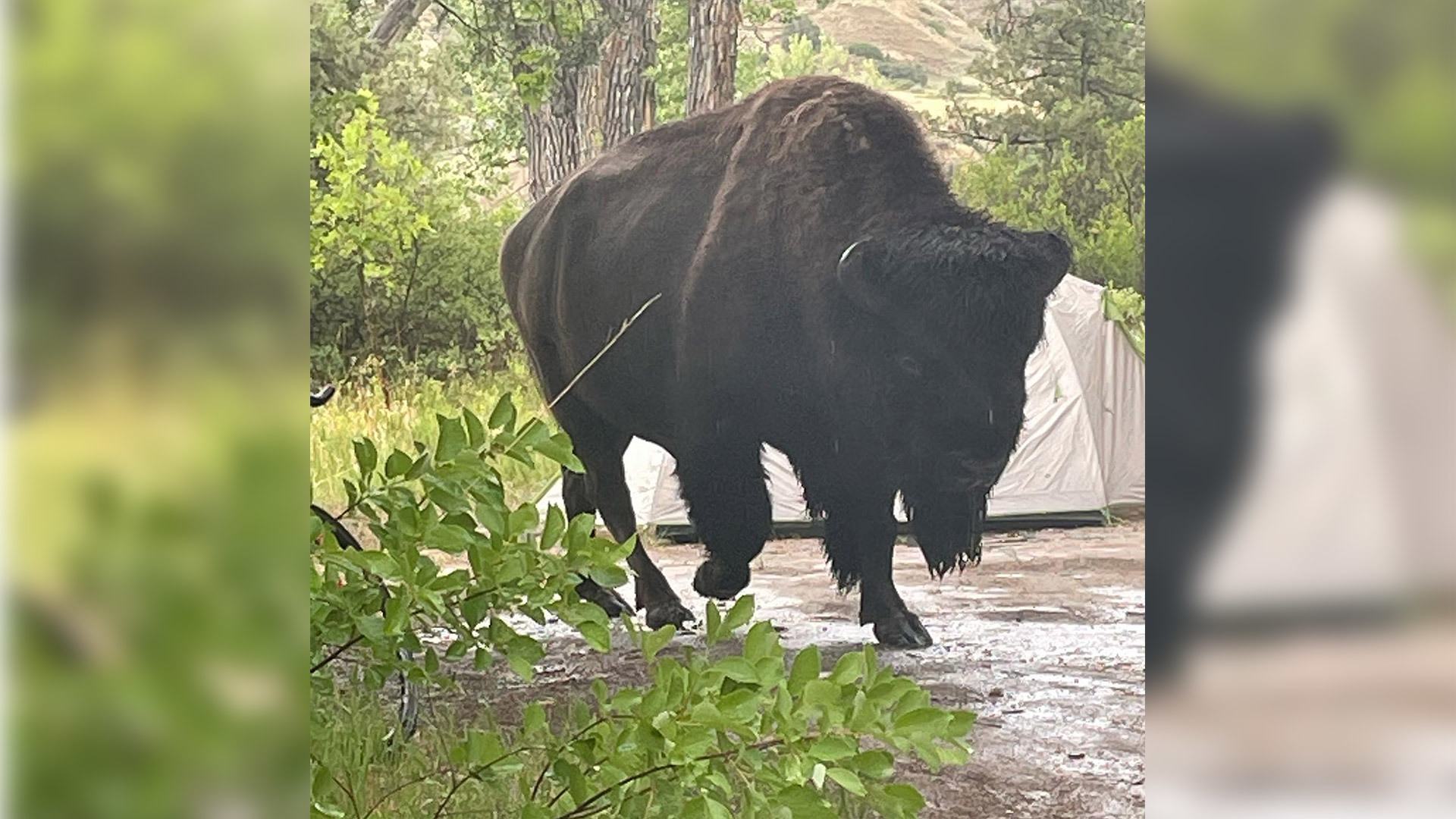 Q. If you had to sum up your cross-country trip, what would you say?

A. That's hard. It was an incredible journey — really, just an amazing experience. You kind of anticipate what it's going to be like, but you don't know until you're actually out there. As I said almost every day that I got off the bike, if that was the last day I got to ride on this trip, it was all worth it. It was a great experience. Even after the first day, I wanted to keep going. But if something had happened and I only got to ride one day in Washington, it still would have been an amazing experience. It was just a lot of fun. I really enjoyed getting out there and seeing the country that way. 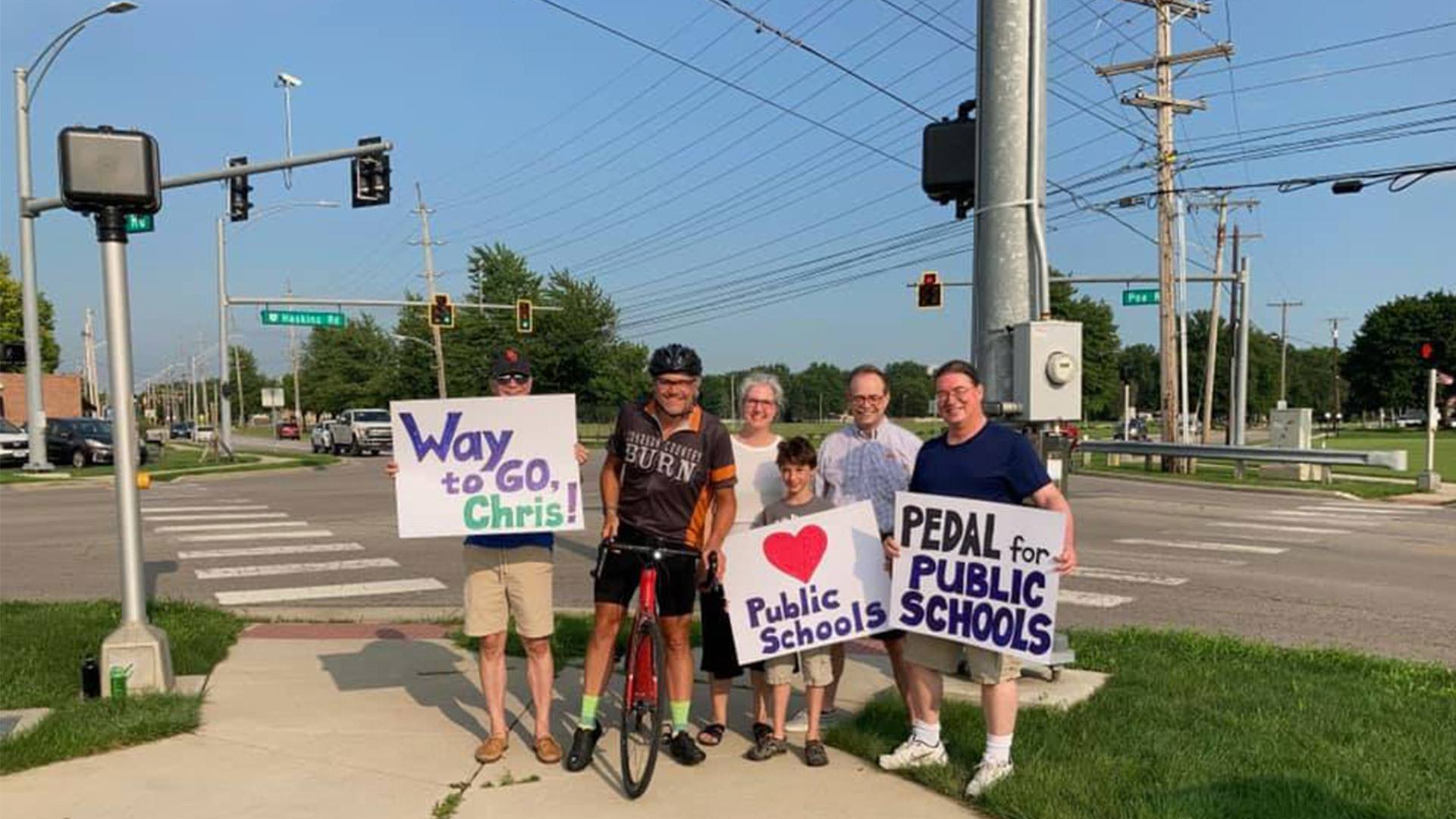 Q. Did the trip meet your expectations, or did it exceed them?

A. I don't know that I knew what to expect. There are certain things that I think lined up well with what I thought it would be. There are other things that I didn't necessarily anticipate, you know, even becoming just kind of normal to get up and ride my bike 70, 80 miles a day like that and it didn't feel like anything. It just was another day, right? I don't know that I anticipated that it would become kind of so habitualized in that way. So, that was interesting, and that didn't happen until late in the trip.

I knew how varied the landscape of the United States is, but I don't know that I anticipated or understood until I was on the bike how fast that happens: Where you're in one kind of landscape in the morning and after a half a day on the bike, which is maybe 40 miles, you're in a completely different landscape.

Q. What was your average mileage on the bike?

A. I had a situation where my ex-mother-in-law passed away while we were on the trip. My 19-year-old-son, George, was with me. He's only got two grandmas, so we had to drive back to Indiana for a funeral and with work and school starting soon, we didn't have any leeway on the backside. So, we had to skip over some miles in the process.

I ended up riding about 3,210 miles and it took place over 45 different rides, which came out to about 71 miles a day as an average. One of those 45 rides was only eight miles because I had a mechanical issue with the bike in Iowa that I couldn't fix on the side of the road. George came with the car and we threw the bike on it and drove to a place where I could get it fixed. That was my shortest ride, but I countered that in Minnesota with a 118-mile day, which was my longest ride in any one day. 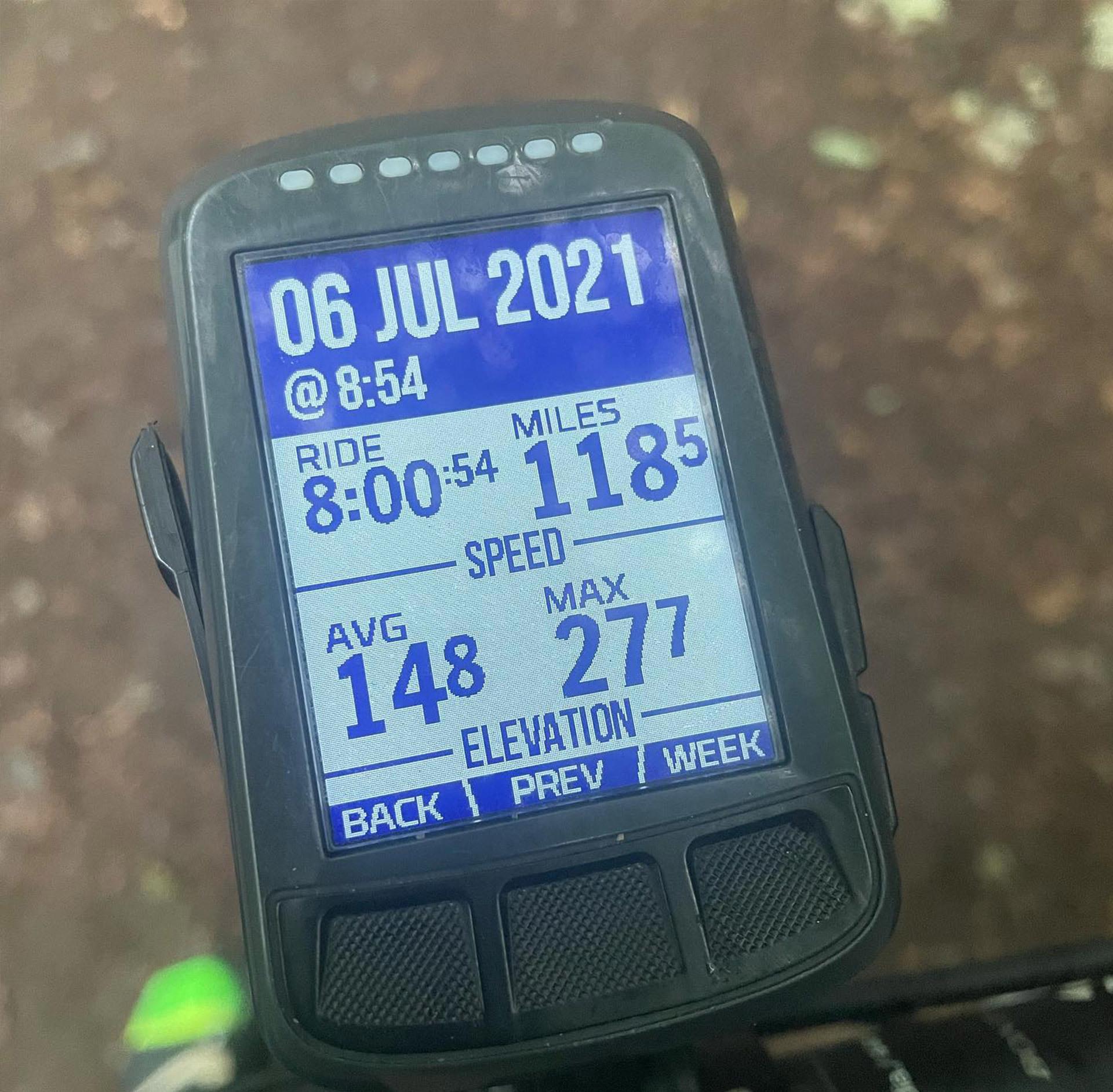 A. I started a little bit earlier and just kept pedaling. I look at the route and find the towns and see what restaurants or things were in those towns so that I could kind of map out some longer food stops. And on that day, I think that was my two-patty-melts day. I stopped at two different restaurants and had a patty melt each time. For whatever reason, the two restaurants I stopped at, that was the special of the day. So, I had a couple of patty melts that day.

Q. What was your average time on the bike each day?

A. Seventy miles with a tailwind is different than 70 miles in the mountains. So, I probably averaged 5-6 hours of riding a day. If I really went back through and looked at all of it, I'm guessing that my average was probably 14-15 miles an hour across the trip. So, at 70 miles, you're at four and a half to five hours. 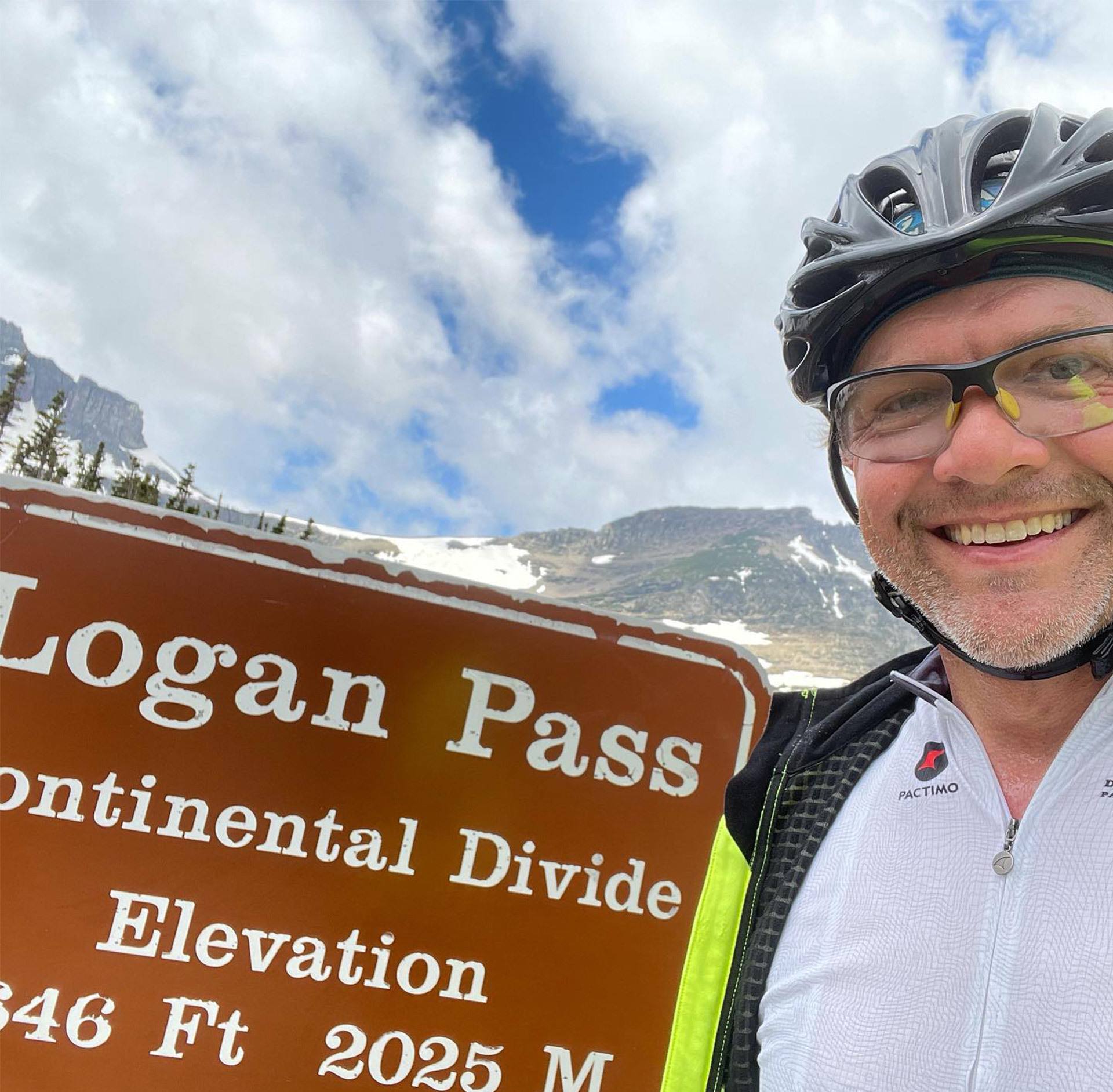 Q. What was the most surprising moment or something that sticks out the most?

A. As far as individual experiences go, we were camping in Theodore Roosevelt National Park in North Dakota and George and I were sitting at our campsite. We had an awning on our car that we were sitting under because it was raining. We looked up and there were two bisons wandering through our campsite. Down behind our campsite was a river and they'd come up from the river and were literally in our campsite. This rainstorm had rolled through and there was a huge puddle. So, this bison stopped and was drinking from this puddle in our campsite, and we were like, “OK, how do we experience this without getting charged?” That was certainly a highlight of the trip, for sure.

On the bike, I would say Glacier National Park. I did an up-and-back on Going to the Sun Road up to Logan Pass and back. It’s really an amazing road, especially when you think about the fact that it was built in the mid ’30s, but it essentially kind of just hangs off the side of the mountain all the way up to the pass. Every time you take a turn, and you just get all these amazing views across all of the valley below. It was great because there were no cars; it was a bunch of folks on bikes enjoying the scenery, and it was really amazing.

I think the other two things that I would note about what was great about the ride really falls under the category of people. When I rode into Bowling Green, some of my education colleagues were there and greeted me as I came into town — I got to see them and feel their support. To be home with Jen McClain, my significant other, for a couple of days certainly made it nice after being gone for a while and still having another month on the road. So those people were really important for me in the process.

Then, along the way, I also got to see some of my old college roommates and I stayed with one of them in Fort Wayne. Then, another college roommate and his wife, who I also knew in college, live in Rochester, New York. When I was riding through there, we met and had ice cream, and I met their son, who I'd never met before, and I got to visit with them.

I stayed with my sister in Lacrosse, Wisconsin. My brother and sister-in-law joined me in northern Indiana for a day just to hang out. I had buddies from Indiana and Chicago fly and surprise me on the side of the road in New Hampshire. The people, the ones that I knew and the ones that I met along the way, just really made the whole trip very special. 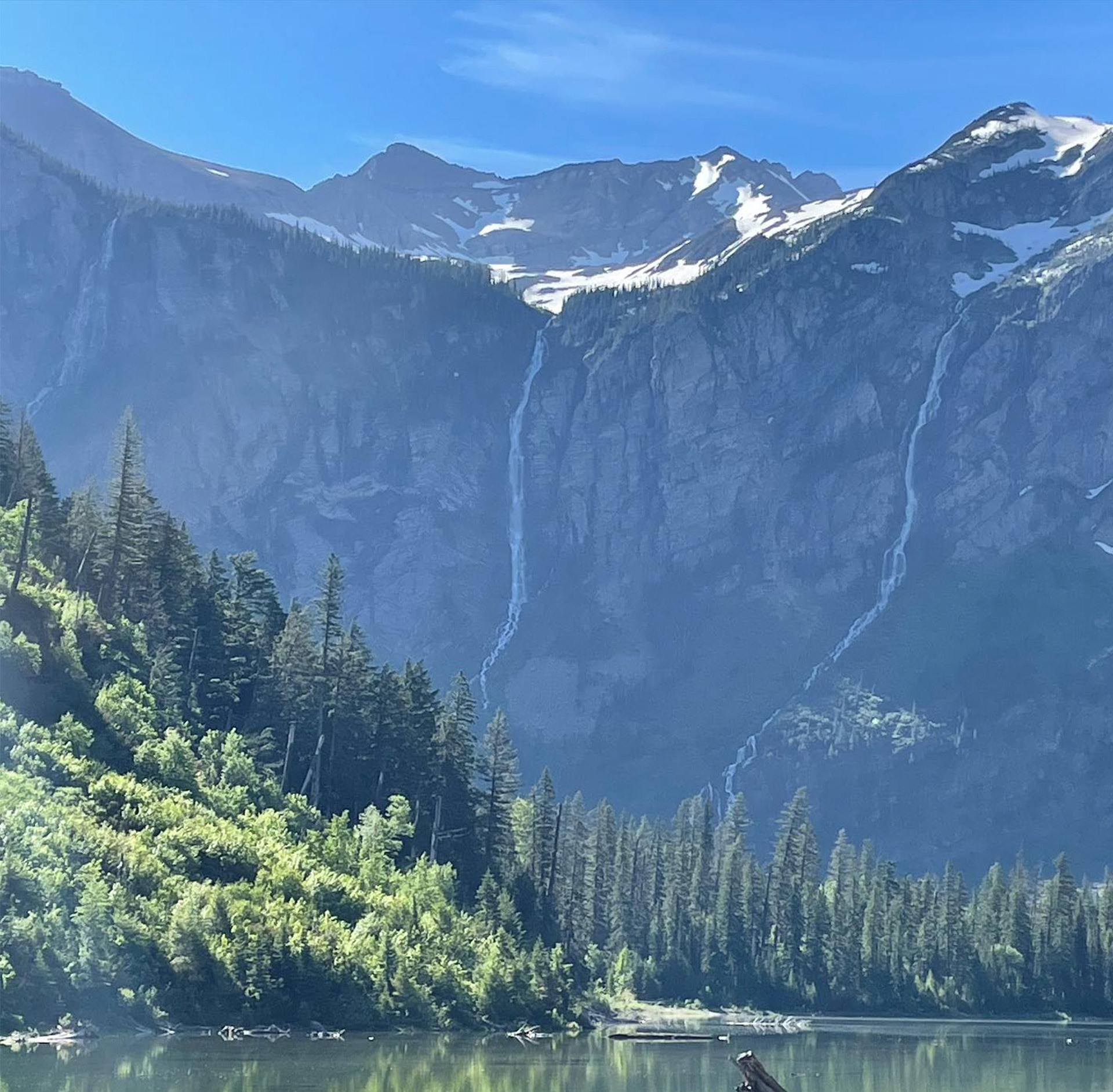 Q. Were there any low points?

A. There were some days where I wasn't really excited about getting on the bike again, but you get on the bike and you pedal. And as I always say, it is hard to have a bad day on the bike.

I don't have bad days when I get to ride my bike. So, even those days where I didn't necessarily feel like riding, it still was a good day. 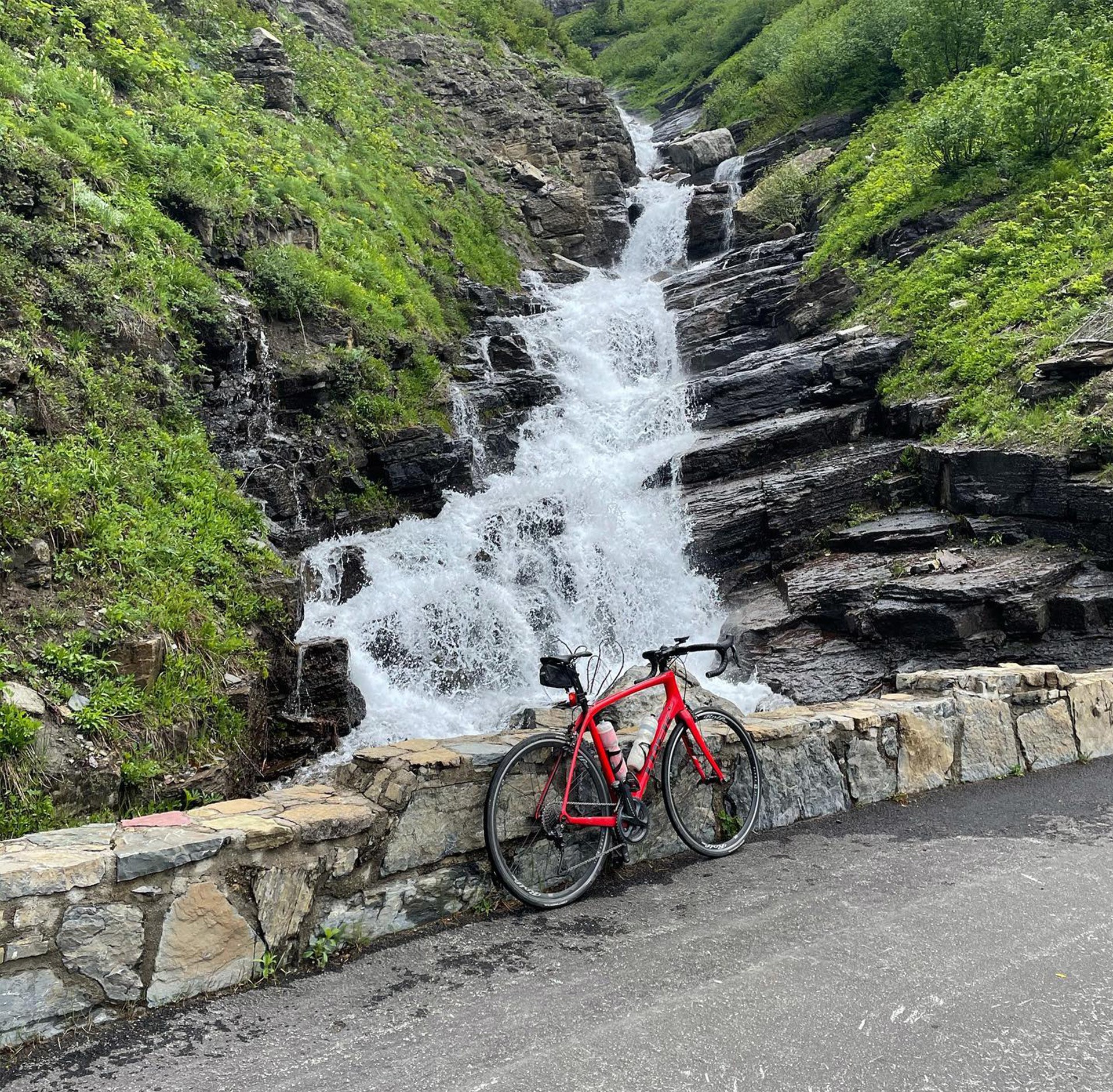 Q. Did you meet your fundraising goal?

A. I missed my goal by quite a bit, but my goal of $51,000 was also pretty ambitious. We raised over $10,000 across the trip, and I'm really happy with that. I'm grateful for everyone who made a donation. I'm grateful for their willingness to say thank you to public schools. I was able to be in contact with a lot of media outlets across the country to help raise awareness for public education.

I rode through some really small towns, and when you look at those towns, the public schools often are the only formal institution in those towns. I would post on my Facebook page each day, either the district Facebook page or link to their web page. You look at those pages and you see they're organizing community blood drives and vaccine clinics. They're doing all of those things because they're the only game in town for those communities.

That's a lot of heavy lifting for something that we think of as a place where kids go and get grades. I was happy to be able to remind myself of that and to help other people see those things — and just to say thank you. Here in the next couple of weeks, I'm getting some notecards made up. We'll start sending some $200-plus checks to some school districts across the country just to say thank you for everything that they do.

Look back on Chris Willis’ journey on his Facebook page Pedal for Public Schools.

Family who met Chris Willis at points along the way: