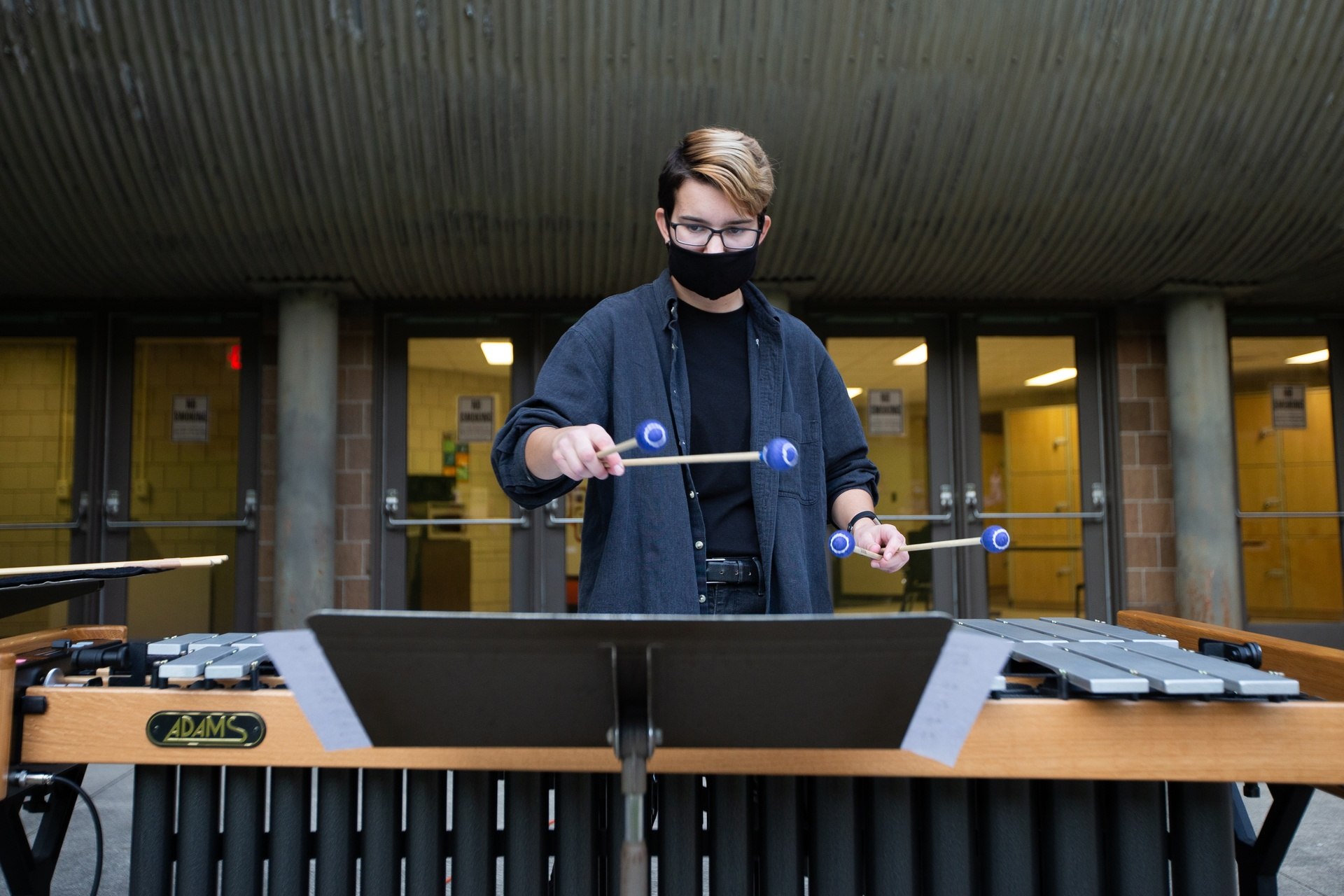 The College of Musical Arts (CMA) at Bowling Green State University presents more than 600 public events each year and is a major cultural resource for the campus and northwest Ohio.

That’s during a normal year. The last year-and-a-half has been anything but normal as the University has faced a global pandemic — and yet, the CMA, which has nearly 500 students, found a way for them to do what they do best: perform.

“Even with the distractions, disruptions and interruptions, we were able to continue with our performing schedule, just not as full as it would normally be,” said Dr. William Mathis, dean of the college. “Because we had to reduce the class sizes, all of our performing ensembles were in smaller groups.”

One of the main things that the CMA did to accommodate students was put up three large tents outside of Moore Musical Arts Center to allow for outdoors rehearsals.

“There was always the concern inside the building as you perform, either singing or playing a wind instrument, that aerosols are produced at greater levels than just by talking,” Mathis said. “We had to scramble and organize all of our large ensembles and the smaller groups. By doing so, we were able to put on some live concerts, but everything was livestreamed. We didn't have any in-person audiences all of last year.” 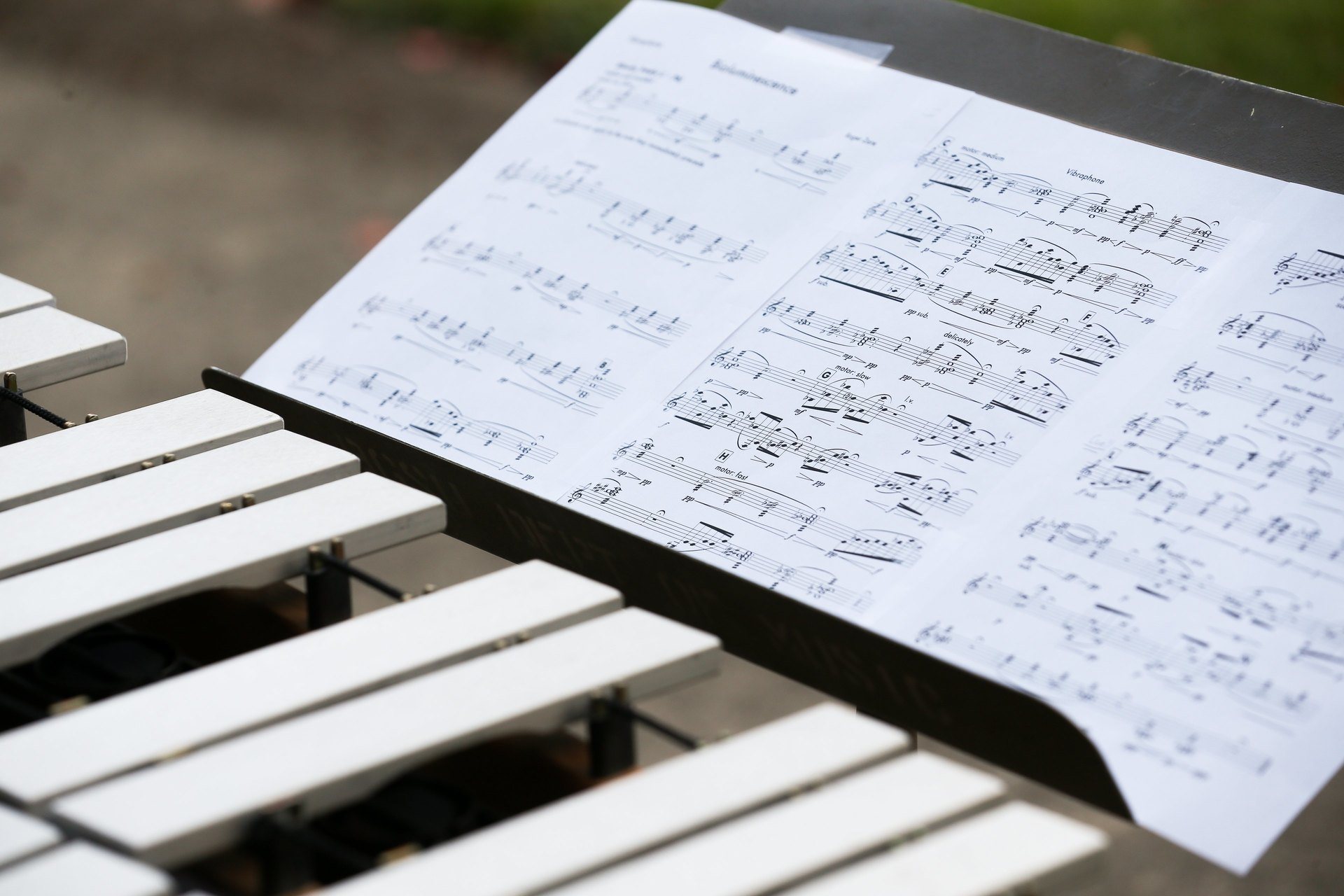 The CMA certainly was no stranger to livestreaming in the past, selecting high-interest performances and making them available for a wider audience on the internet — but the COVID-19 pandemic called for more.

During the 2020-21 year, the CMA livestreamed every single performance, including student recitals.

“Our recording technical crew who typically would spend time recording and working on fewer projects, were there all the time to set things up,” Mathis said. “All the students who were in those courses — the bands, the orchestra, the choirs, the jazz groups — they all had a performing experience, just not as much as they typically would.”

“One of the special highlights we produced was our 41st annual New Music Festival, and we decided to do everything through video,” Mathis said. “Starting in the summer of last year, we started recording videos performed by our faculty and some of our students.”

“These were pieces we would have performed live, but we just did them in a video format, for which we actually purchased special cameras and lighting equipment — we really invested in this. The product of those efforts was just outstanding, some of the best work that we've ever done.”

The festival posted three different concerts over three days, and the response was a welcome surprise.

“Typically, at a live New Music Festival, we will have anywhere from 100 to 400 people in attendance for a concert, and we had over 4,000 views of these videos, which was outstanding.

“What we found is, we were able to reach an audience that's interested in this music from all over the country.”

The videos of the concerts are high-quality and can be viewed on the CMA YouTube channel. The livestreamed concerts were such a success, Mathis said, that CMA plans to livestream more concerts going forward. 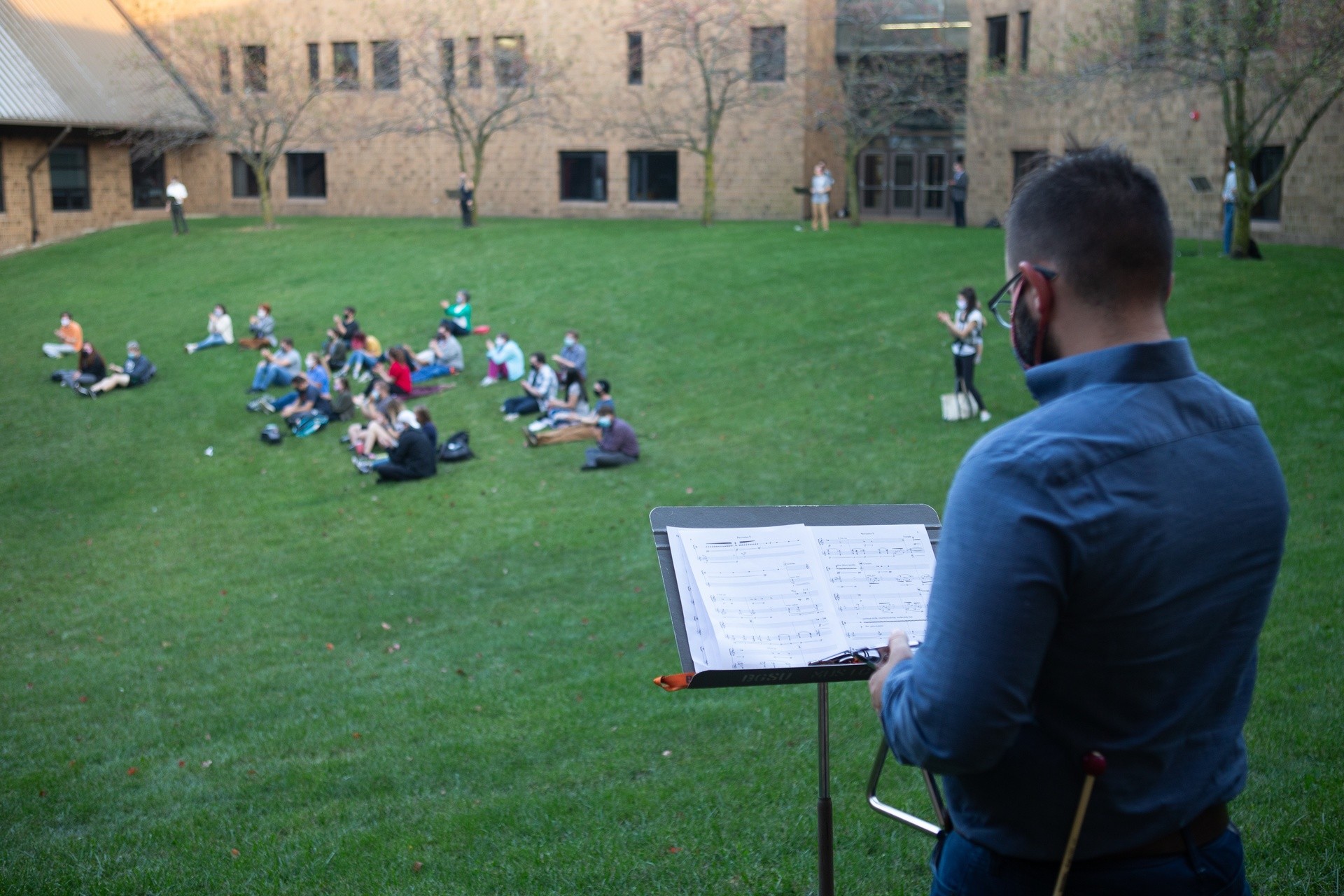 Due to social distancing requirements, Mathis said, the string orchestra, which could wear masks while playing, had to be split in half.

“We had a ‘Brown’ and an ‘Orange’ orchestra group,” he said. “Both groups individually prepared their own program, but, toward the end of the year, they prepared some pieces together. We set up a camera in one room where the conductor was leading that group, and then we livestreamed it to the other room.”

Then, the students in the other room could follow and rehearse with the remote conductor. Both groups could rehearse on the same piece at the same time even though they were in different rooms.

“That was a nice way to get the full orchestra to play together,” Mathis said. “They were still rehearsing on regular schedule, but at the same time, we were able to do something with the full group. It was a nice innovation and use of the technology to allow them to do that. We couldn't do that with the other groups because of the aerosol-producing issues.” 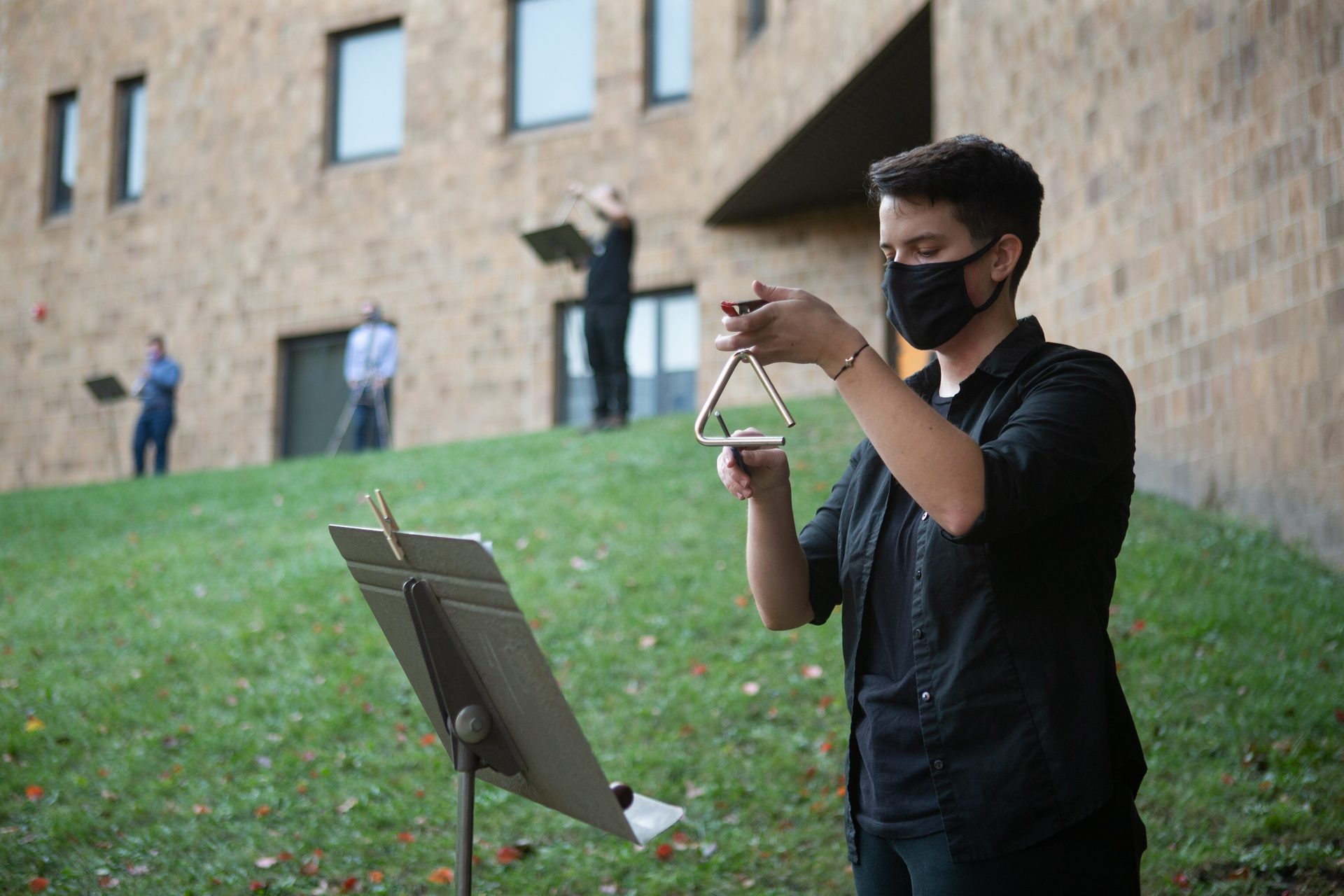 The choirs took advantage of outdoor spaces for some impromptu concerts when the weather was nice, but they also capitalized on technology.

“They did several virtual choir recordings,” Mathis said. “Each individual student recorded their part in their room and then through video editing we put it all together. Much of the product was just really outstanding — it's not quite as precise as you would get if you're all sitting there together, of course — but there were some really beautiful things that they were able to do.

“Again, those concerts received hundreds of views more than we would typically get at a live concert in our own hall. There's an audience out there.”

Making it work was ‘a big puzzle’

Most of the studios where students attend their private lessons are small with low ceilings, which aren’t conducive for aerosol-producing instruments. The way the department chairs were able to schedule all of the rooms in the building was nothing short of amazing, Mathis said.

“I have to give our administrative team a lot of credit for rolling up their sleeves and creating a schedule that we would never do normally to allow this to happen,” he said. “Logistically, it just takes time. It's a lot like sorting through spaghetti, but you make it work. I think the students, by and large, were quite amenable to these alterations and variations that we had to do because they want to play and they want to perform.

“It's a big puzzle. We also used the theater in the Bowen-Thompson Student Union, the gym in Eppler Center and the big room in Olscamp Hall for rehearsals and lessons. We really spread out to places where we could have bigger rooms for the students to rehearse and to practice. That's what we had to do to get through it, and we're glad that we’ll be back in person this fall.

“Through it all, we learned a lot and the students were able to continue on with their music. That's why they've come to school here, and that's what we were able to do.”