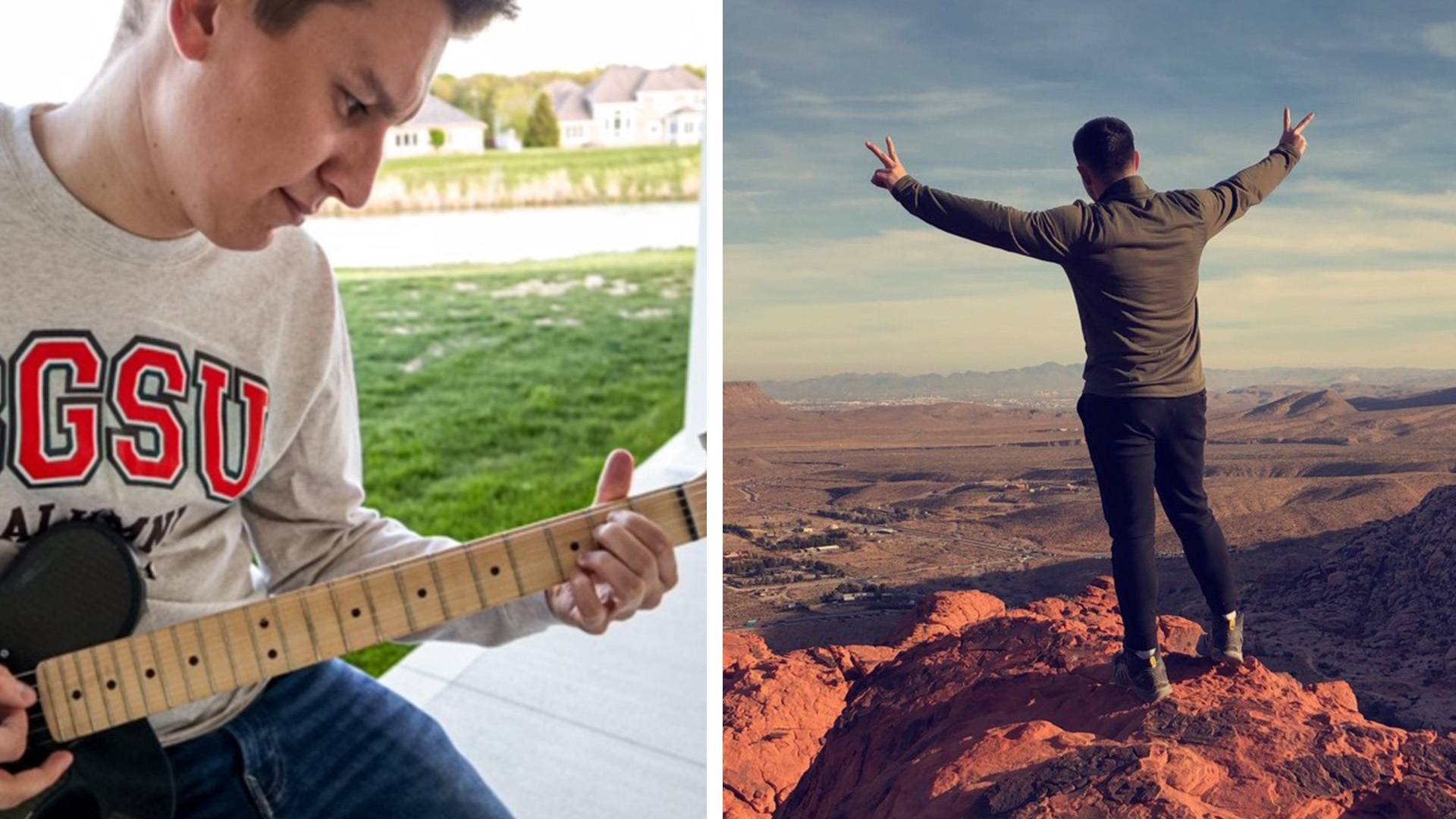 If the hallmark of a true entrepreneur is the willingness to take a chance, Bowling Green State University alumni Parker Kern ’19, ’20 and Joe Lisa ’18 have all the pieces for success.

During the COVID-19 pandemic, many business owners struggled to keep up with the constantly changing business and regulatory landscape, but Kern and Lisa found opportunities in vastly different businesses.

Both recent graduates of the Allen W. and Carol M. Schmidthorst College of Business attribute much of their success to their education at BGSU, home to the Paul J. Hooker Center for Entrepreneurship — one of just 20 centers worldwide recognized by the Association to Advance Collegiate Schools of Business (AACSB).

Striking a chord with customized guitars

Kern, vice president and chief design officer of Kern Guitar Co., took advantage of the time immediately after graduating with his Master of Business Administration (MBA) in the midst of the pandemic to put a 10-year-old idea of making custom guitars into action.

“In about 2010, I was playing electric guitar at a concert,” he said. “Watching me, my dad thought we could take the guitar and build it out of carbon fiber, making it very customizable. He had made a few guitars just for fun, but never really had time to devote to the idea.”

With the help and experience of his parents, both of whom are professors at BGSU, Kern is working with another BGSU graduate, Daniel Krentz, on implementing designs for the component parts which are then outsourced before coming back for final production. They are currently in the second round of testing and hope to launch to the public this summer.

Starting a business during a global crisis has had its drawbacks for manufacturers such as Kern Guitars. 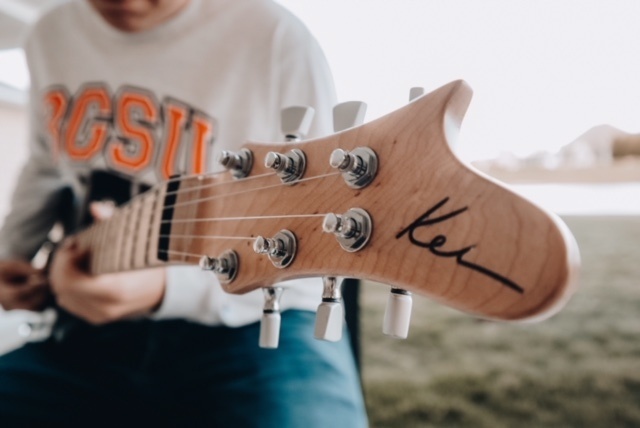 “COVID had a big impact on the supply chain because each of our instruments are custom made with parts we design and then source from vendors,” he said. “There have been long lead times between the time we send our parts specifications and when we can receive the pieces back. And, of course, the supply chain for our vendors working with raw materials has also been delayed.”

Kern said his BGSU education in journalism and business gave him the overview he has needed to manage the challenges.

“My background in business helped me feel much more confident in decision making and in handling the day-to-day business, including finances, supply chain management, projections, marketing and analytics,” he said. “It is everything rolled into one. I have to give the MBA program credit for giving me a way to see things at a 30,000-foot level to learn a bit about each of these aspects.”

Building a community of travelers

Lisa had been dabbling in rental real estate and traveling for a few years after receiving his degree in business, but the inspiration for his latest venture came after staying in a short-term rental space in a garage on a trip to Austin, Texas. 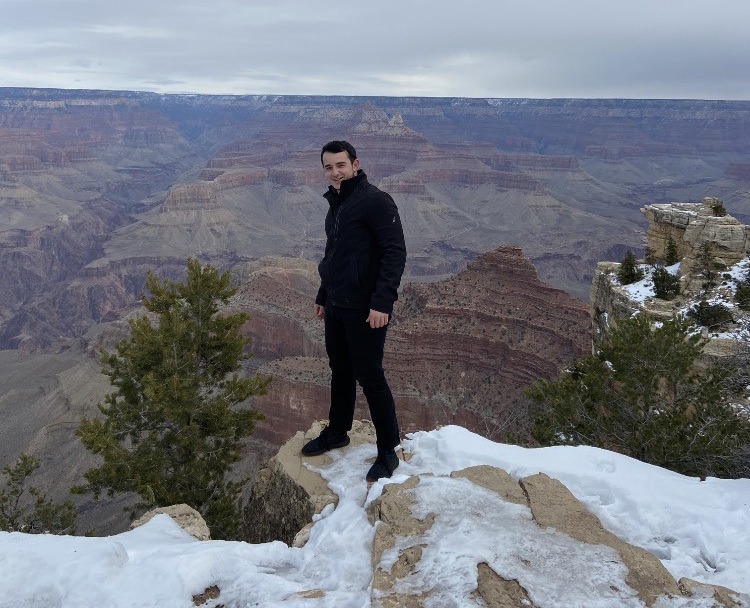 “It dawned on me that really you can rent out just about any space,” he said. “The selling point isn’t the space itself; it is the experience that goes with it.”

His first project was a converted ambulance, which he used for a while himself, but then started renting it out. He found that people were having fun with it, even if it was just in a parking lot for a few days. With the idea of creating experiences, he started building small accommodations, near the Grand Canyon in Arizona, as well as in California and Michigan.

“We started off with three units, and found we were selling out,” he said. “Unique places to stay are really popular, particularly with people under 40.”

When the pandemic hit, Lisa saw an opportunity and jumped on it.

“I was in Florida when things started shutting down,” he said. “It seemed obvious that people were going to want to be outdoors. We saw a chance to create some really neat places for people to have that experience not only with more traditional short-term rentals, but also 'glamping.' We started building out those spaces right away.”

Although Fireside, Lisa’s short-term rental business, has properties across the country, all of his employees are BGSU students or alumni — and he felt an obligation to them to make sure his idea worked.

“When COVID hit, we hired 14 people in just one weekend,” he said. “Then I had the responsibility to make sure they all still had a job.”

Lisa, who minored in entrepreneurship, credits his time at BGSU for his success as a young entrepreneur. The minor is open to all students, including business and non-business majors, and exposes students to a variety of entrepreneurial ventures to develop practical business applications, critical thinking and problem-solving skills.

“I think more than anything, it was the people I met at BGSU and the opportunities I had to fail and try again, and fail over and over,” he said. “By failing fast and forward I was able to learn by asking questions to professors and speakers. The connections I made in these classes, especially Professor Kirk Kern’s, catapulted me to take on the world and not ever settle in a 9-5 position.” 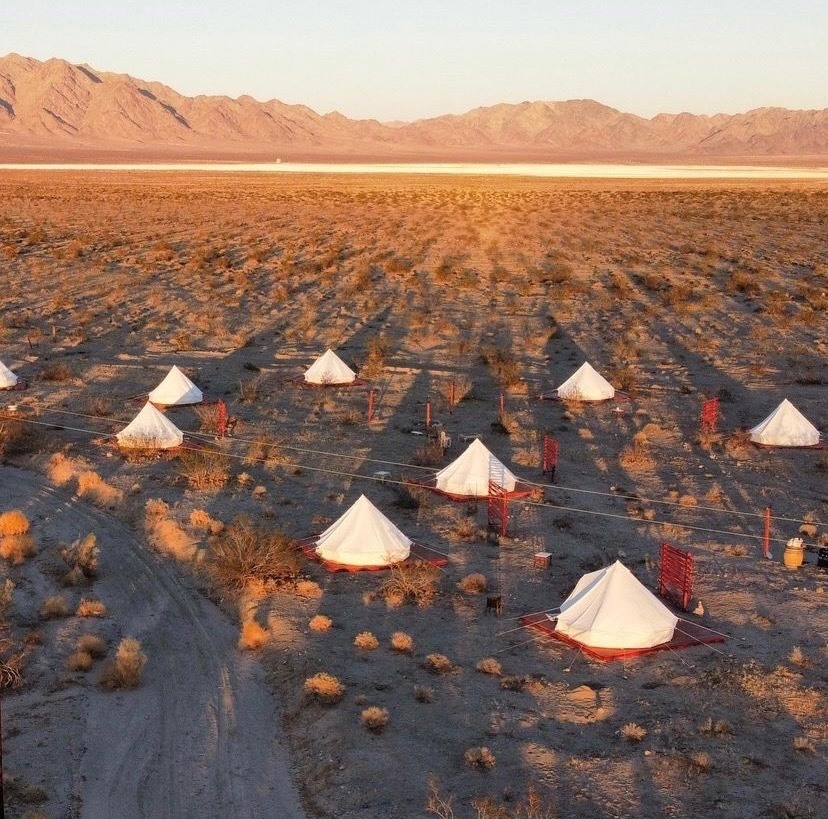 As in all real estate ventures, location is key to the properties Lisa purchases. His newest project is a motel in Michigan which will offer rooms, but also camping and yurts.

“The biggest thing we are trying to do is locate near national parks and other outdoor destinations,” Lisa said. “We are determining if it makes sense to purchase not just land but also motels with an outdoor feel to them that might need some work. Then we plan to build seasonal glamping units on the same property.

“You would think that during COVID people wouldn’t have been traveling, but people have wanted to be outside away from others and are seeking nature,” he said. “Because we have chosen locations with that in mind, we’ve built a bit of a glamping empire.”