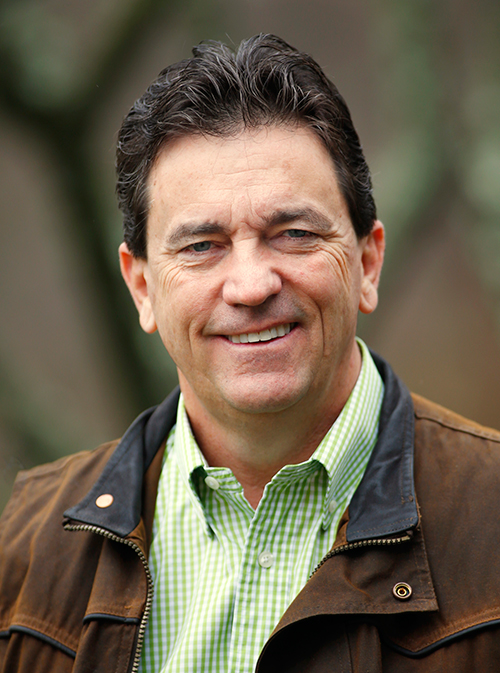 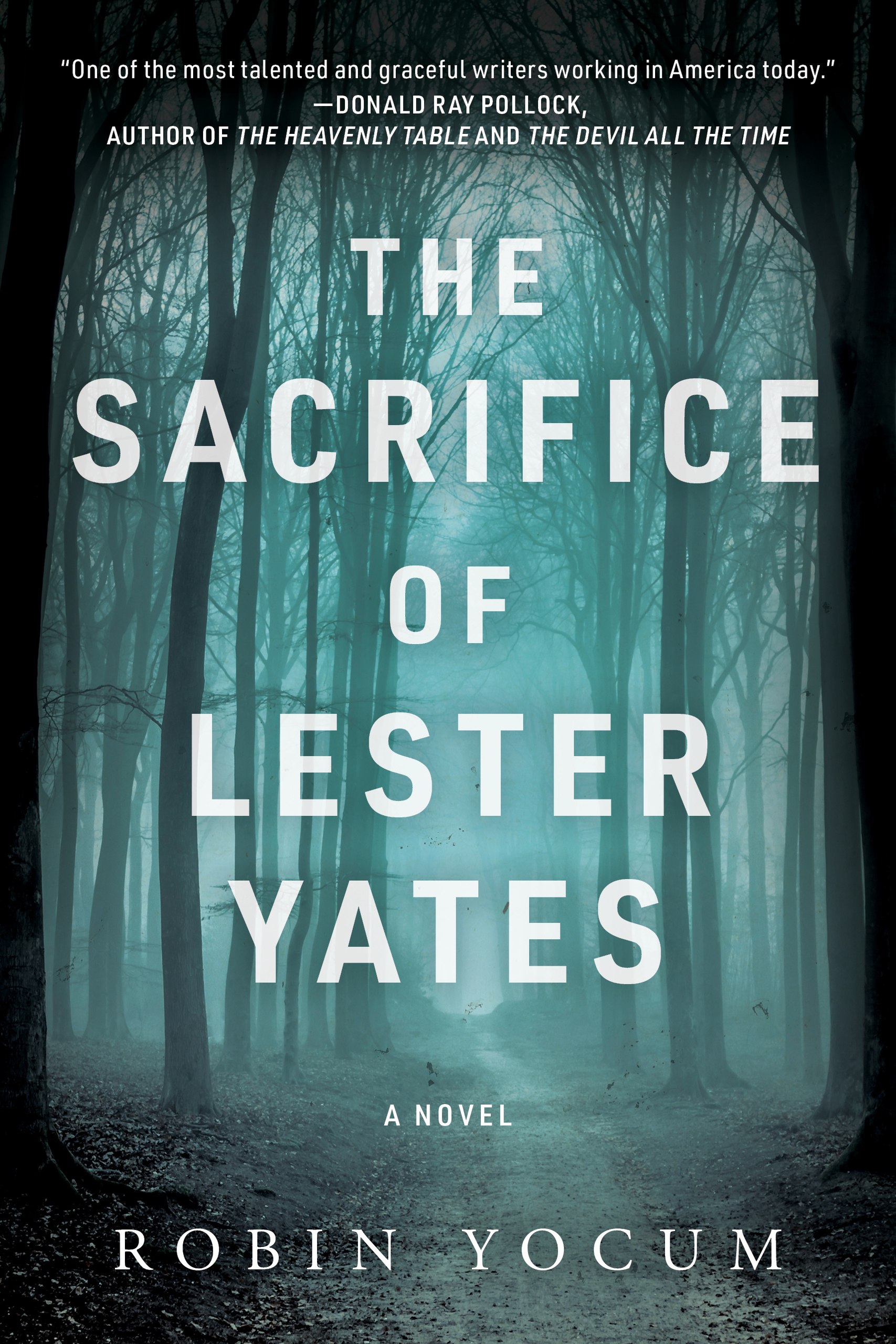 BGSU alumnus’ latest novel, ‘The Sacrifice of Lester Yates,’ to be released April 27

Robin Yocum ’78 is an Edgar Award-nominated author known for his fiction set in the eastern Ohio River Valley. His next novel, “The Sacrifice of Lester Yates,” will be released on April 27.

“Favorite Sons” was named the 2011 Book of the Year for Mystery/Suspense by USA Book News. “A Brilliant Death” was a Barnes & Noble No. 1 bestseller and a finalist for both the 2017 Edgar Award and the Silver Falchion Award for best adult mystery.

Yocum grew up in the Ohio River village of Brilliant, Ohio. He has a Bachelor of Science in journalism from Bowling Green State University. He also was a placekicker on the football team.

He joined the Columbus Dispatch in 1980. He worked at the paper for 11 years, including six years as the senior reporter on the investigative desk. He won more than 30 local, state and national journalism awards in categories ranging from investigative reporting to feature writing.

He is the principle at Yocum Communications, a public relations and marketing consulting firm in Galena, Ohio, that he founded in 2001.

1.    Did your journalism career help you as a crime fiction author?

From a nuts-and-bolts perspective, I understand cops, how they conduct their investigations, and what happens when someone enters the justice system. I don’t use that information a lot in my books, but it’s nice having that background.

The most interesting part about the crime beat was the people. It’s the crime beat, so you’re not dealing with the cream of society. I covered more than 1,000 deaths during my time covering the cops, and I interviewed killers, rapists and a host of other people you wouldn’t want living next door.

I have never fictionalized any of the stories that I covered for the paper, but I do utilize the personalities of the cops and the criminals that I met along the way.

When I write a novel, I assign real people to play the roles of my characters. Of course, I don’t tell anyone and they only live in my head, but it helps me with developing the personality, mannerisms and inflections of my characters. Some of the people I met on the crime beat play their roles magnificently for me. If I know a character isn’t going to live to the last page, I have someone I don’t like play the role.

2.    What is it about your hometown of Brilliant, Ohio, and the eastern Ohio River valley that attracted you to setting your stories and characters there?

It is said that you should write what you know. I know the Ohio Valley.

I loved the grit and the grind of the valley in which I grew up. It’s where I spent my formative years. It was a highly industrial area with a lot of first-generation immigrants who ate kielbasa, wore babushkas and spoke in heavy, Eastern European dialects. They came to work in the coal mines and the steel mills, and my great grandparents were among them. Every man I knew left for work in the morning with a hard hat in one hand, tin lunch pail in the other.

In those days, the factories used the Ohio River as an open sewer, and the pollution in the air made it all but unbreathable. When I was playing high school football, we would do grass drills in the morning when the dew was heavy on the ground. It would mix with the fly ash from the power plant, and when you finished, your white pants would be black. When it dried, you could brush it off like dried oatmeal. God only knows what we were sucking into our lungs, but it was all I knew.

I grew up believing the Ohio Valley was a special place. We supplied the steel that powered the industrial revolution and won two world wars. But as I got older, I realized that people outside of the valley didn’t share that opinion. I remember playing in a baseball tournament outside of the valley and a parent from the other team called us, “a bunch of river rats.” I told my dad what the guy said, and they about came to blows.

Here’s a funny nugget. When I was playing football at BGSU for Coach Don Nehlen and he wanted to chat it up with one of the guys, he would say, “How are things in Lorain, Alex Prosak?” or “How are things in South Canton, Mark Miller?” Then, he would look at me, shake his head, and say, “Yocum, you and those boys from down in that valley!” He would say “valley” like he had a mouthful of curdled milk. It was hilarious.

3.    What’s it like being nominated for the Edgar Award and other fiction awards?

It was flattering. The Edgars are the Academy Awards for mystery writing and there were hundreds of books entered, so to be one of the last four standing was pretty cool. Of course, it would have been much cooler to have won, but maybe next time.

With that said, I don’t write to win awards. I write because it gives me a creative outlet. And, well, it helps pay the bills.

One of my short stories was selected for the anthology, “2020 Best American Mystery Stories.” It was nice to see my work in there with some very big names.

4.    What can you tell us about your new novel, “The Sacrifice of Lester Yates?”

This book has been years in the making.

This was the novel I set out to write about 12 years ago. I wanted to do a novel about a prison guard who comes to believe a death-row inmate was wrongfully convicted. The first thing I did was create the crime for which he would be convicted and sent to prison. That involved four boys who somewhat accidentally kill another kid, then conspire to cover it up. I became more interested in the plight of those boys, so the entire direction of the book changed. That novel became “Favorite Sons.”

I started working on a sequel, but couldn’t get any traction with it, so I put it on the shelf. I dusted it off a few years ago, moved most of the action from Columbus back to the Ohio Valley, and things fell into place.

In “The Sacrifice of Lester Yates,”Hutch Van Buren is the former Summit County prosecutor and current attorney general for the State of Ohio. He feels like a glorified paper-pusher and hates his job. He is approached by a prison guard with evidence that could exonerate Lester Yates, who is on death row, convicted of being the infamous Egypt Valley Strangler.

Hutch begins investigating the case against Yates. The governor, who is a candidate for U.S. president, is unwilling to give Yates a commutation because it will go against his law-and-order reputation and potentially damage his presidential run. Unless Hutch can produce the real killer, Yates will go to the death chamber — sacrificed for political gain. If the governor becomes president, then Hutch will be his choice for U.S. attorney general. Thus, Hutch finds himself fighting a political machine of which he is a part.

I try not to write whodunits. I try to write books where the protagonist lives and operates in a world between black and white, good and evil. It’s a lot more interesting to see how people interact with the forces around them.

5.    When you were a journalism major at BGSU – and a placekicker on the football team – was writing novels for a living a dream of yours?

If I’m being perfectly honest, I’m not sure I was thinking much past Thursday night at the Brathaus when I was at Bowling Green. But, yes, it was always in the back of my mind. I had to read “One Flew Over the Cuckoo’s Nest”for a political science class at BGSU, and I remember thinking, I bet I could do this.

My first attempt at writing a novel was not long after I graduated in 1978. It was awful. If I ever find that manuscript, I’m going to burn it.

Writing is like any other skill — playing an instrument, painting, kicking a football. The more you work at it, the better you get. I was a reporter for 13 years, and that certainly helped hone my skills. We all go through these transitions in our lives in which one opportunity leads to another. The newspaper business was my gateway to becoming an author.

I wrote two true crime books, but writing fiction was still something I wanted to do. As the crime reporter, I was writing about the deeds and misdeeds of other people. I wanted to create something that was uniquely mine – start with a blank sheet of paper and fill it with my ideas, my words.

It took me a while to get it right. I could paper a large room with the rejection letters I received, but I knew I just had to convince one editor that my writing was worth publishing, so I kept grinding. My agent sold “Favorite Sons,”which was published in 2011, and things got much easier after that.

While I can’t say that I dreamed of becoming a novelist back in the day, I will say this for a fact: Everything that I have accomplished has been a direct result of going to Bowling Green. I really believe that. Coach Nehlen recruited me as a preferred walk-on. He said if I made the team, he would give me a scholarship. I did, and he was good to his word. That scholarship gave me an opportunity that I might never have had. I could very easily have ended up working next to my dad in the steel mill. I am forever grateful to Bowling Green.

To learn more about Robin Yocum and his books, visit his website, Robin Yocum.