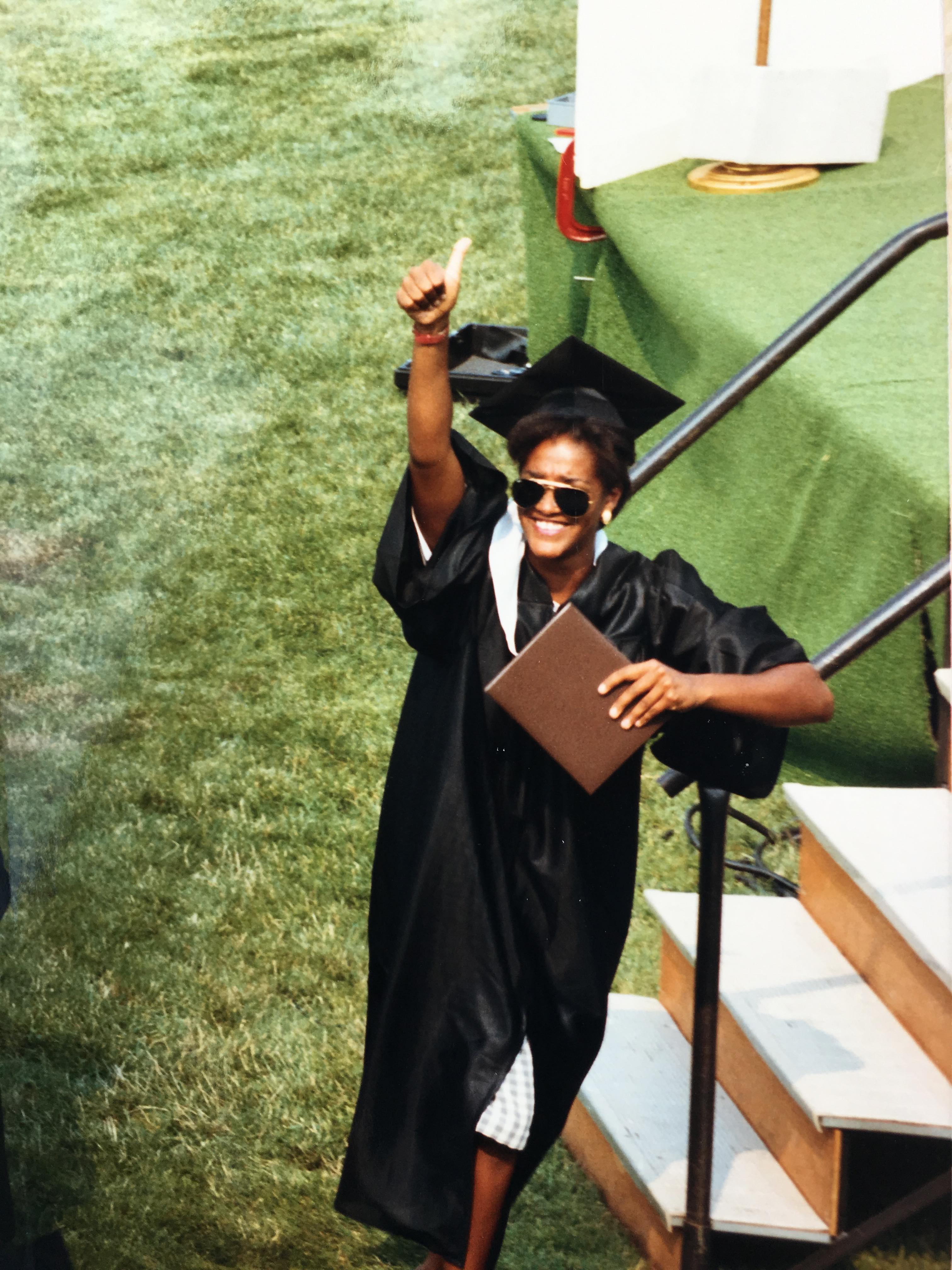 When Kelly (McCoy) Williams ’88 decided to run for president of Bowling Green State University’s Undergraduate Student Government (USG) in 1987, her circle of friends cautioned that the campus wasn’t ready.

“They openly said that Bowling Green wasn’t ready for a Black person to lead student government; they weren’t ready for a woman,” Williams said. “I just remember saying to myself, ‘Yeah, but I'm ready to lead, so we're going to do this.’”

“How about that?” Williams said. “That’s the perfect trifecta, isn't it?”

Williams has broken the same barriers multiple times over her impressive career.

Getting involved on Bowling Green’s campus

Williams, who graduated from Lima (Ohio) Senior High School, arrived at BGSU in Fall 1983. Enrollment that fall was high and many freshmen had to live off campus, including Williams.

“As a freshman, I found myself living off campus on Wooster Street by the football stadium,” she said. “And because I was a freshman living off campus, I didn't have access to the community that you would have when you're living in the dorms and eating in the dining rooms and all the other things that are there for you to help soften your landing into a college environment.”

Williams, who majored in political science and minored in international studies, still remembers the moment she decided to run for student government.

“I was riding my bike and I saw a sign on a post that said: Run for student government,” she said. “I just thought, ‘OK, I'm going to do that because that's a way that I can get to know some people and start to build a community.’ I didn't really know that many people, so I turned my bike around and I made signs. I put them up off campus, on campus, just everywhere.

“And this was just as a rep-at-large for USG, but I got elected — and that's how it started.”

Each year after that, Williams progressively took on more responsibilities. She chaired a committee and then she also served on cabinet.

“Ultimately, I felt like I had been involved long enough that I was going to run for president,” she said. “It started as a way to be connected to the University because I was living off campus.”

Once Williams became president, her University experience would forever change.

“What I immediately noticed was the access to people that I gained as a student leader,” she said. “I think one of the most meaningful experiences of my life was being the student representative to the BGSU Board of Trustees. I was included in all of their activities, which began with a lunch or dinner on Fridays. That's when I learned business was conducted during the cocktail hour before dinner — I was privy to that.

“It was an eye-opener to leadership and how things get done. Having that opportunity to interact with the board probably was one of my most meaningful experiences at BGSU.”

From student government to Washington, D.C.

In addition to her work with USG at Bowling Green, Williams was very involved with the Ohio Student Association and in the summer of her junior year, she was the recipient of the Allard K. Lowenstein Fellowship, a fully paid in stipend internship through the Americans for Democratic Action (ADA).

“I was able to parlay student involvement into this internship and I lived in Washington, D.C., for the summer,” said Williams, who served one term as USG president. “I actually ended up being a foreign policy intern for U.S. Sen. Howard Metzenbaum (D., Ohio). That time on the Senate side of the Hill was really another level of eye-opening as far as the political process.”

As part of her internship, she wrote a paper on the Strategic Defense Initiative (SDI), famously nicknamed the “Star Wars” program, but she came away from that summer disillusioned with politics. 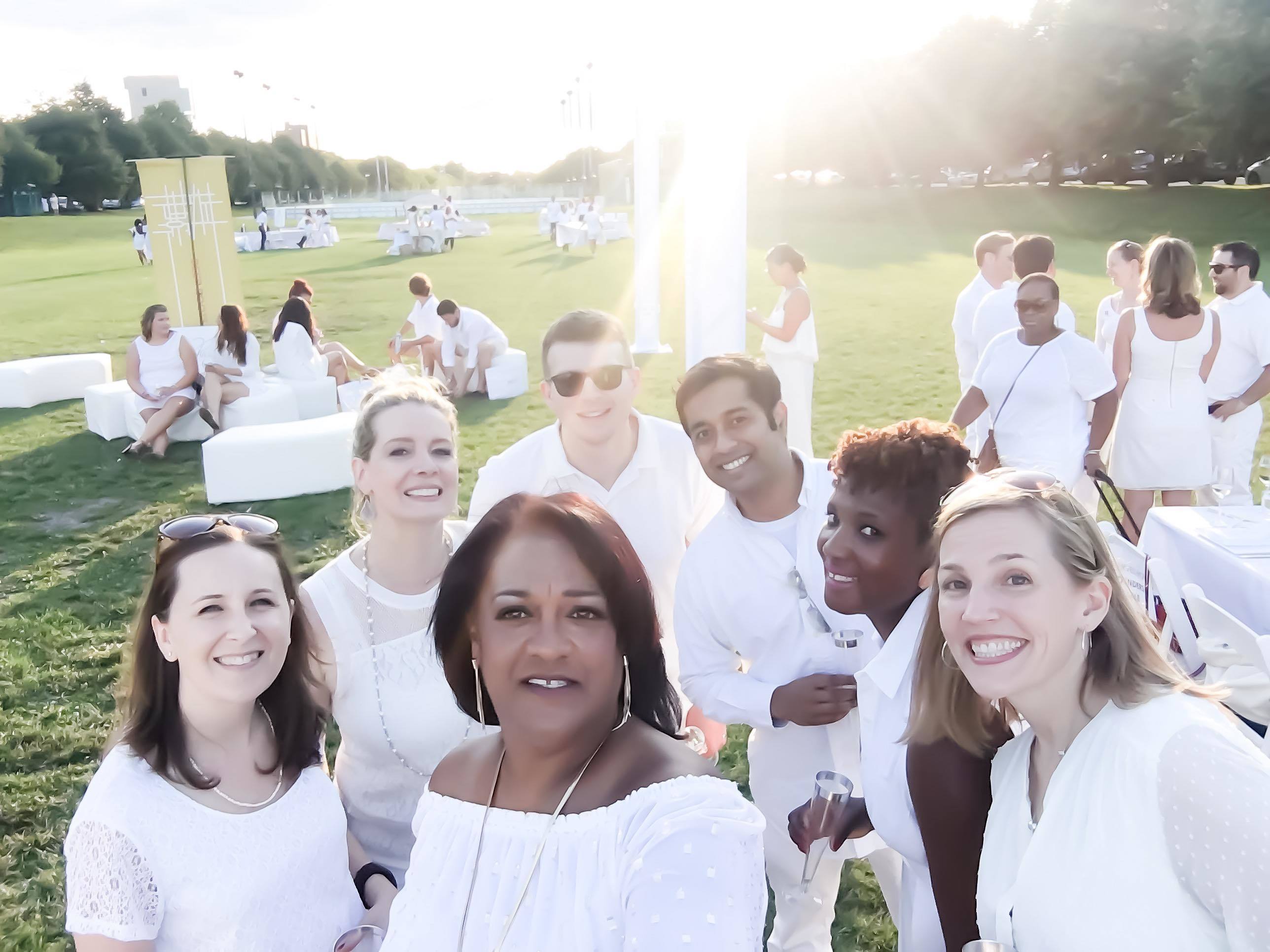 Landing a job in Chicago before graduation

Eventually, Williams pivoted from pursuing a job in public administration and decided to go into business. That way she could volunteer and do other work that was meaningful to her on her own time.

Williams interviewed with the Leo Burnett advertising agency on campus and got hired a month before she graduated from BGSU. She moved to Chicago the day after commencement.

“Living in Chicago set my life into an entirely different direction,” she said.

Currently, Williams is the CEO of Techlio Inc., a low-code, no-code consultancy she founded in 2020. She is also involved with PegHealth, a start-up providing rapid COVID testing to community clinics.

“I was on Clubhouse (all-audio app) and met Josh Block, the CEO,” she said. “We realized we were in D.C. at the same time and knew the same people. Their mission makes so much sense.”

As an early adopter, Williams transitioned her professional career to digital from print in 1998. She has spent the majority of her career in digital marketing with agencies that include heading business development for 360i for 10 years. She also was vice president of business development for the DAC Group out of Toronto as well as Leapfrog Online and technology sales executive for Domo, a Utah-based technology company.

Williams is the founder of Chicago in White, an elegant pop-up dining event that celebrates the City Beautiful movement which began with the 1893 Colombian Exposition. Chicago in White combines her passions, especially food, fashion and creating meaningful experiences.

In addition to her professional pursuits, she is a member of the Junior League of Chicago and the Chicago Chapter of Jack and Jill.

Attending BGSU helped prepare Williams for a career business, even though she never took a business class.

“We were given a ‘handbook’ by our parents, which was ‘you can't be as good; you have to be better. You can't give 100 percent; you have to give 200 percent,” she said. “And that also bled into social interaction. So, one of the things that living among the best small percentage of Black students is the friendships and the social networks that I built at Bowling Green were multiracial and multiethnic.

“I had to live outside of my comfort zone to get used to Bowling Green, being a small, rural university that was predominantly white. My experiences with a diverse group of friends at Bowling Green helped prepare me as a Black woman working in business and, in particular, working in sales. Over my professional career, every sales job that I have had, I have been the first Black woman to be in that role for the company. I had to navigate the often-unwelcoming colleague environment, and customers who had never been sold to by someone who looked like me. Diversity, equity and inclusion was non-existent. All I had were my massive sales library, my intelligence and resilience.

“That intense year as BGSU president prepared me to not run from fear but attack my fears. My dad told me once, ‘You know, you have this opportunity to interview on campus: It’s the only time companies are going to come after you. For the rest of your life the table turns and you will be pursuing them. Take advantage of that.

“While working for Domo, there were 130 people on the sales team. Out of 130, I was one of three women and we were all on separate teams. When I reflect on my career in a mostly white, male-dominated world, my time at Bowling Green prepared me — good, bad or indifferent — but it certainly was a preparation.”

Stephen Daley ’88, a former member of the BGSU Board of Trustees (2010-19), has been friends with Williams since elementary school.

“We both ended up at Bowling Green, and we've always kept in touch,” Daley said. “One day, she stopped me on campus and told me she was going to run for student government president. It didn't really surprise me, and I helped her out a little bit on the campaign side.

Williams now sees the world through her children’s eyes.

“We rarely mentioned diversity in the workplace in the early years of my career,” she said. “We were not armed with a vernacular for describing microaggression and racial and gender bias. Even when you were aware when you were being treated unfairly, there was no recourse. It was just something that we lived through, that we survived.

“This current generation, facilitated by a knowledge of history and armed with social media, has found its voice. My daughters speak their truth, and I’m proud and encouraged. Chelsea and Lindsay own the truth and they don't hide behind the rules that we were given in my generation that were supposedly preparing us for success.”

Williams’ older daughter, Chelsea, holds a Bachelor of Fine Arts from New York University’s Tisch School of the Arts and is a writing assistant, pursuing a career in television. Her younger daughter, Lindsay, has been accepted to the 2025 Class at Cornell University and plans to major in government. Williams is a widow, having lost her husband, Eric, of 20 years, suddenly in 2012.

“Having young daughters really has been beneficial to me because they've helped me find my voice much later in life,” Williams said. “What this generation today is saying is, ‘We're not going to accept marginalization any longer.’ That's what's so powerful about this generation.”