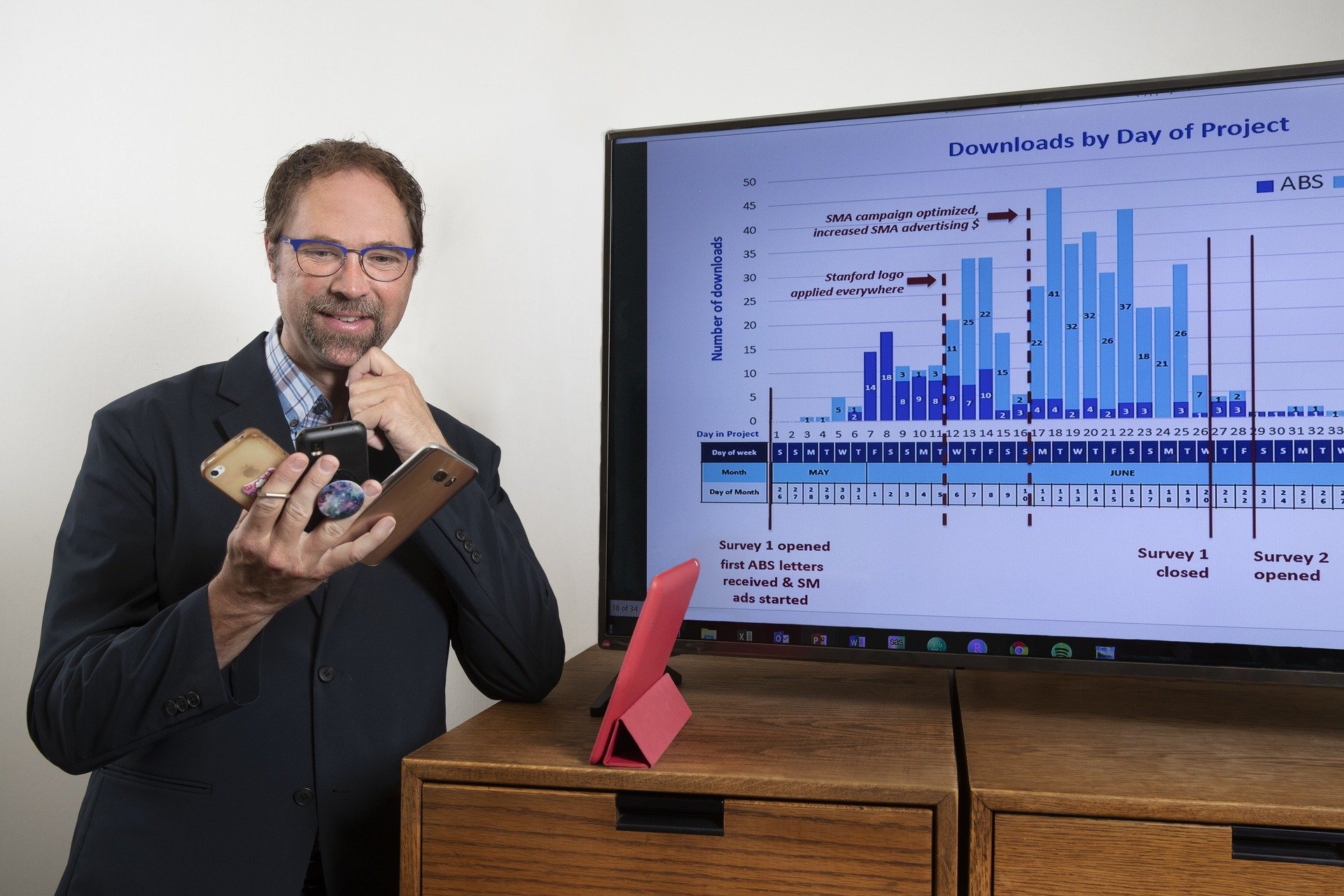 Trent Buskirk is a sought-after survey expert during election season

Election polls can be confusing. Being able to vet the information is important for journalists and other media experts, making Dr. Trent D. Buskirk a very popular person this time of year.

Buskirk is the Novak Family Professor of Data Science and the chair of the Applied Statistics and Operations Research Department in the Allen W. and Carol M. Schmidthorst College of Business at Bowling Green State University.

He recently was one of three panelists for the media briefing “Covering Opinion Polls and Surveys” on SciLine, a resource website hosted by the American Association for the Advancement of Science (AAAS). About 110 journalists from around the world attended the briefing.

In addition to SciLine, Buskirk has been interviewed on Texas Public Radio and he hosted an episode on the weekly research podcast “Measure of Everyday Life.”

Fortune also has interviewed him on how the COVID-19 pandemic has changed the political polling and survey landscape.

That perception problem is why Buskirk is so sought after.

“I’ve been working in the survey space — I was trained as a survey statistician and methodologist a really long time ago — and started to get into what I call survey data science, so looking at using data science methods to make surveys and polling better. That’s really what I do,” he said.

Buskirk’s research interests include mobile and smartphone survey designs, methods for calibrating and weighting nonprobability samples and in the use of machine learning methods for social and survey science design and analysis.

“I would call myself a full-stack data scientist in the sense that I care just as much about data collection as I do data analysis,” he said. “I use all my analytic superpowers to help people with the data collection process and the analysis process.

Buskirk said that the presidential election polls weren’t wrong in 2016, but they were interpreted incorrectly.

“The polls were right about the national share of Hillary Clinton getting the popular vote because national polls are measuring at a national level on who people are more inclined to vote for,” he said. “National polls, however, aren’t necessarily indicative of what’s going to happen in an election because we vote by the Electoral College. If you don’t have a series of state polls that are reliable, you’re not able to count state by state what the election contributions are going to be to the Electoral College.

“Thinking about the way polls are done and the way our voting system works is an important consideration in figuring out if the poll worked or if it didn’t.”

Buskirk said the journalists in attendance for the briefing were from The New York Times, Washington Post and other newspapers from other national and international markets. His talk was geared toward giving journalists the knowledge to ask the proper questions of polling experts.

“Journalists are trying to vet a polling story,” he said. “They need to corroborate the numbers in a way that they can make sense. Our whole goal for this panel was to help journalists understand how to check these numbers like they would vet any other facts in a story that they would write. These numbers happen to be about polls, or who’s leading in the polls or surveys in general. The idea is the same.”

Buskirk stressed to journalists that the way questions are worded in polls matters — a lot.

“It’s important to ask what questions were asked to produce the numbers you have,” he said.

Buskirk also recommended that journalists find out who was surveyed or polled. The intended audience of a poll or survey is technically termed the target population, he said, and represents who is being described by the poll numbers and survey estimates.

“Sometimes, surveys ask different questions of respondents depending on specific characteristics,” he said. “A national poll of U.S. adults asks if you are a registered Democrat or Republican. If Democrat, then the poll asks, ‘Do you approve of Biden’s approach to select his running mate?’ Poll numbers or estimates of support of Biden’s approach for his vice president selection would then refer to the subpopulation of those U.S. adults who were registered Democrats.”

The denominator for proportions derived from surveys and polls refer to the target population. It provides important context to how these numbers are reported and can vary within a survey such as “40 percent of U.S. adults are registered as Republican,” or “35 percent of registered Democrats approve Biden’s approach to selecting his running mate.”

“These are some of the considerations to help journalists, or anyone really, weigh the evidence as to whether the numbers are shaky or whether you can have more confidence in their predictability back to the universe.

“Data communication is another part of my expertise, so this is along those lines. This is where I sort of marry my data science side and my survey methods side in terms of how this information can be communicated.”

To learn more about the advice Buskirk gave journalists, see the video or read the transcript on SciLIne.com.

Before arriving at BGSU in January 2019, Buskirk served as the director for the Center for Survey Research at the University of Massachusetts-Boston and the vice president for Statistics and Methodology at the Marketing Systems Group (MSG). He was tenured in the department of Biostatistics in the School of Public Health at Saint Louis University.

His research has been widely published in leading survey, statistics and health-related journals.