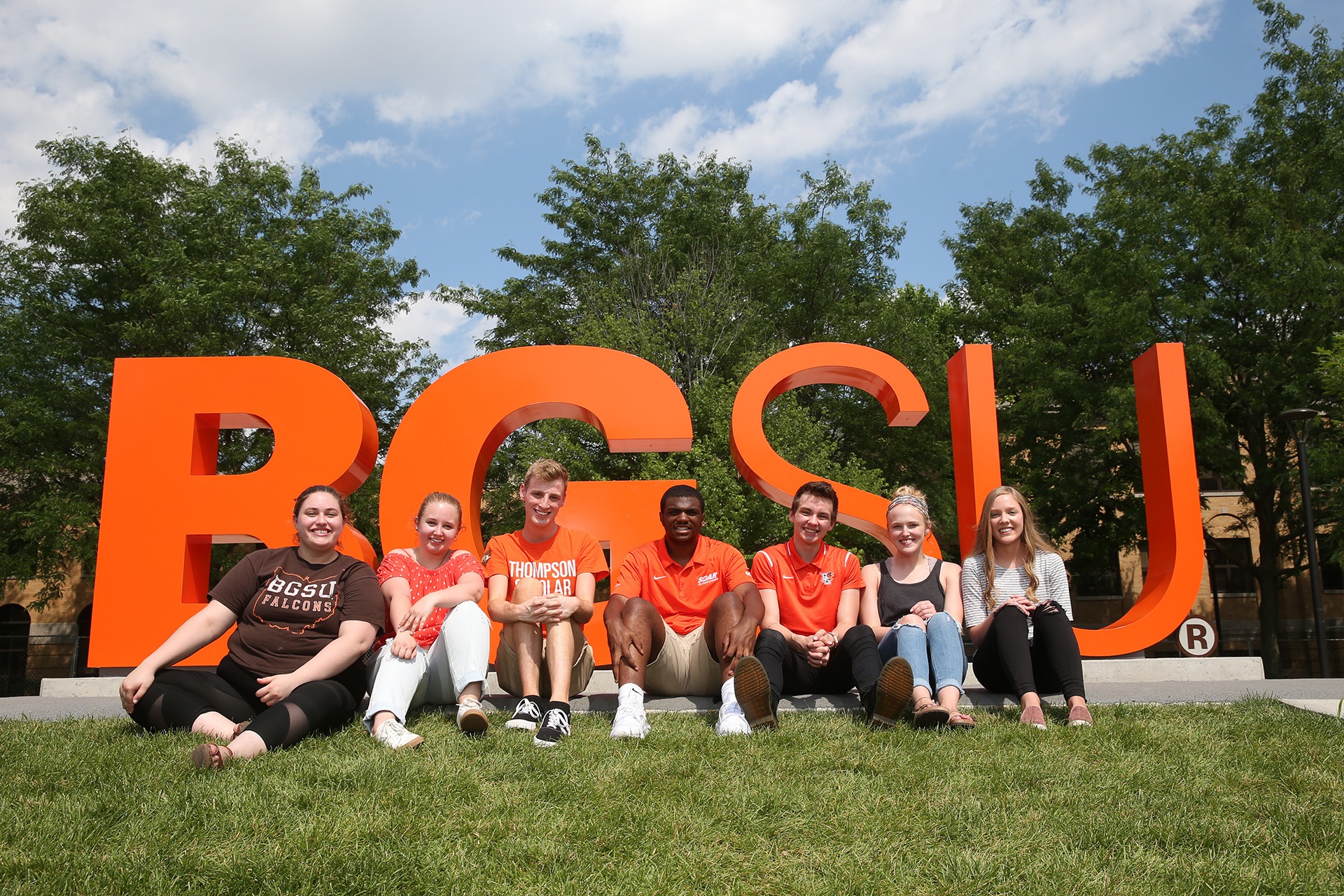 Sending a campus singing group to Philadelphia to perform, combatting food insecurity in the BGSU community and supporting a women’s club hockey program are just some of the dozens of campus organizations and programs that have been supported thanks to BGSU’s Falcon Funded crowdfunding platform, which recently hit $500,000 in donations since its launch.

This creative initiative has allowed research projects, scholarships, student organization trips, service projects, athletic department ventures, and the purchase of specialized equipment to all take flight through the online support of alumni, family members and friends of the university.

“It is small donations from many individuals that really add up and make a difference for students in so many ways,” said Sara Thompson, assistant director of annual giving for University Advancement.

“There is no limit to the possibilities, as long as there is a positive impact for the students”

Started in 2015, the Falcon Funded platform’s half a million in donations have come from nearly 3,400 individual gifts supporting efforts such as new student orientation, winter training for the swimming and diving team, and a study of the role bats and spiders play in helping farmers control crop pests.

“There is no limit to the possibilities, as long as there is a positive impact for the students,” Thompson said. “Reaching that level of donations – it shows that small gifts can definitely make a big impact.”

“It far exceeded any expectations we had,” said Ellen Grace Padgett, a sophomore from Wisconsin. “Now, going into next year, we don’t have to worry so much about finances, and we can concentrate on hockey. I think this shows that the hockey community at BGSU is strong, and the success of this drive really strengthens our efforts to field a team.”

“For most of them, this was the trip of a lifetime, and something they would never have been able to afford as students,” he said. “From $5 to $1,000, people gave what they could, and it was extremely gratifying to see the kind of support this received. People have been extremely generous.”

A Falcon Funded initiative also allowed the group to purchase a basketball court-sized American flag for use at special events. For BG Alternative Breaks (bGAB), Falcon Funded has provided a passport for many students to carry out the group’s mission to use immersive experiences to educate and empower students to become more active citizens promoting positive social change.

Instead of Daytona Beach or South Padre Island, scholarship funds provided through the BGSU crowdfunding platform have provided students with the opportunity to assist with refugee resettlement efforts in Virginia, work to combat homelessness in Chicago, and help youths from low-income neighborhoods in St. Louis receive a more equitable education.

“Instead of making our spring break a vacation, this allows BGSU students to travel somewhere and engage in direct service,” said Adam Smith, the outreach-community coordinator for bGAB. “We have dealt with food insecurity issues, living sustainably and other projects that really impact people’s lives. The support the scholarship program receives through Falcon Funded allows us to go help others.”

“One of the most amazing things is when you see that light-bulb-moment, when a student is on one of these trips and they realize that yes, they can make a difference,” said bGAB Special Events Coordinator Madison Stump.

“All of those little donations people send in add up to something big, and seeing so many people donate – I can’t put it into words how much Falcon Funded helps,” she said. “I’ve never been involved in anything with this kind of support coming from so many different people.”