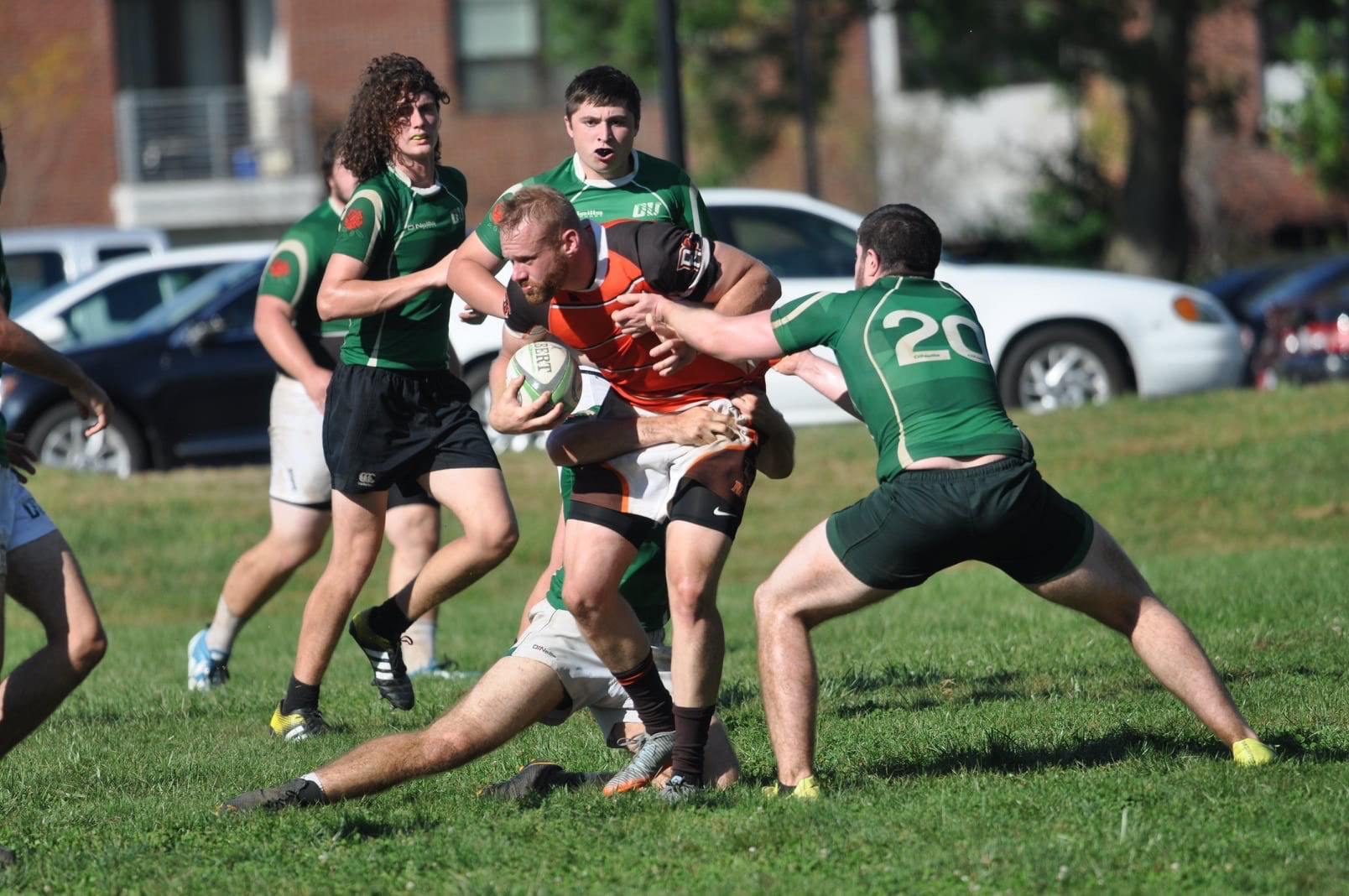 Advancing across the gain line in the classroom, on the pitch

Danny Leatherman is back in his hometown of Liberty Center, Ohio, but getting here took a big effort.

Straight out of Liberty Center High School, he served four years in the U.S. Navy before studying for a year at the University of Hawaii.

“I studied kinesiology,” he said, before moving back home and transferring to exercise science in Bowling Green State University's College of Education and Human Development.

He was already familiar with BGSU, located a half hour's drive southwest of Liberty Center.

“Growing up, we went to BGSU football games,” he said, “plus a few family members attended the University.”

When he transferred to BGSU, sports were still a central theme in his life. He jigsawed his classes around competing on the rugby team, working as a personal trainer at Anytime Fitness, completing a Sebo Center internship and caring for his young son.

Making it all work enabled him to build organizational skills while appreciating his instructors’ flexibility.

“I think BGSU is very welcoming to parents,” he said, recalling a lot of “long nights and early mornings” to keep up with everything.

That hard work paid off — first with a national championship for the rugby team and then with his degree in exercise science. But it came with remarkable challenges.

At the rugby team’s Oct. 4 match against the University of Notre Dame, Leatherman was tackled and his fibula, one of the two bones in the lower leg, was broken. He was off the playing field for the rest of the season and had to figure out how to keep working and get to his classes.

“I got permission from my doctor to start walking without my ‘boot' just in time for commencement,” he said.

Leatherman said he realizes that his exercise science degree won’t end his challenges. He’ll always need to balance his career with parenting.

His work in the classroom isn't finished. Leatherman plans to earn a master’s degree in applied exercise science and obtain his national certification as a strength and conditioning coach.

His experience so far has been good preparation for these goals. With a quiet laugh, Leatherman said, “I’ve sacrificed a lot of sleep to get here.”