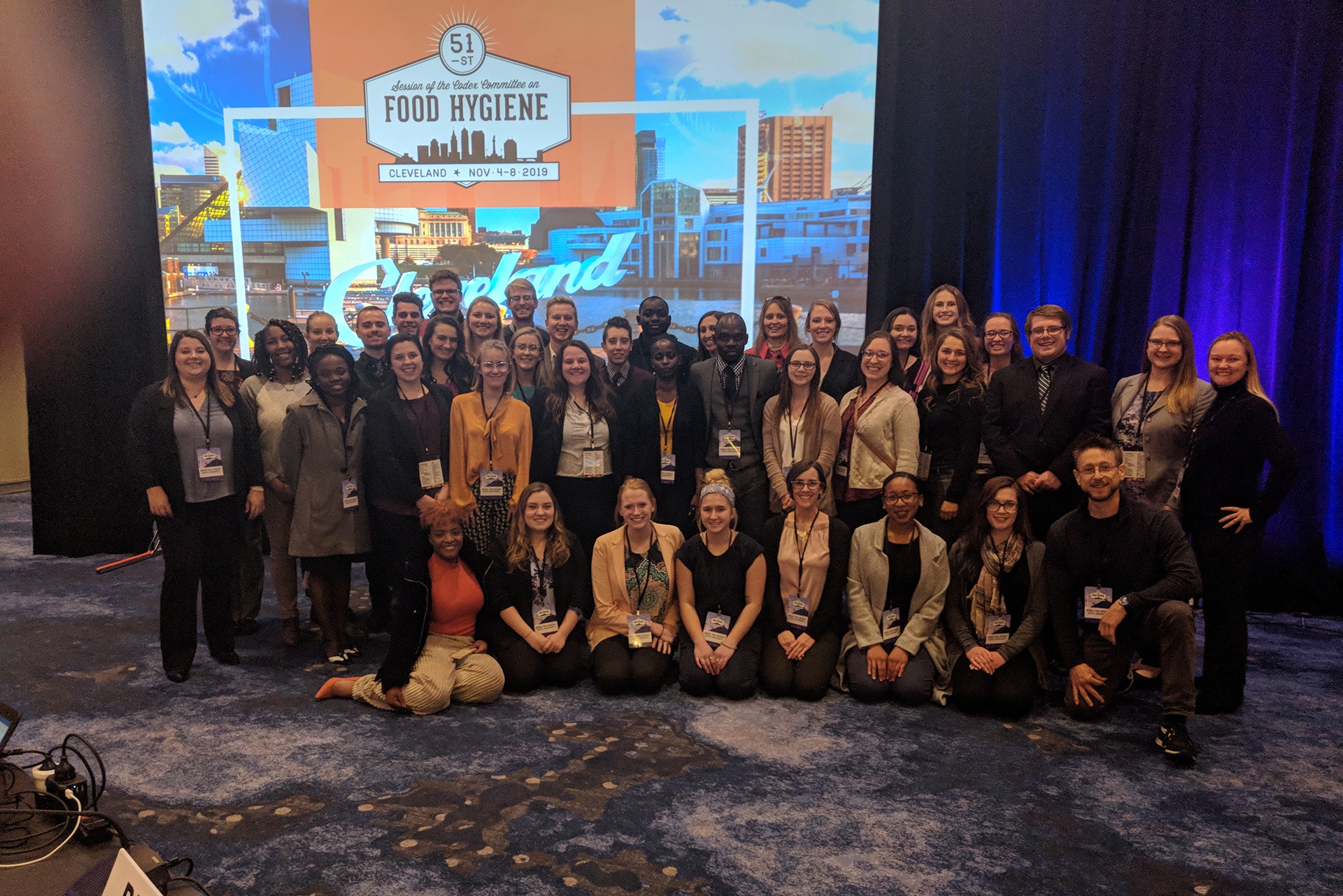 Participants get an up-close look at a United Nations conference

More than 30 students from Bowling Green State University attended the United Nations Food and Agriculture Organization Conference in Cleveland on Nov. 4, hosted by the Codex Committee on Food Hygiene (CCFH). Students were able to talk and interact with representatives and delegates from 56 nations.

“It was really exciting for our students to see how this is handled on a global scale and that what we’re teaching them in the classroom isn’t just things that Americans do,” said Carrie Hamady, director of the undergraduate dietetics program at BGSU.

While the international food trade has existed for thousands of years, recent decades have seen a large increase thanks to modern transportation. Naturally, this requires monitoring to make sure the food trade is safe, high quality and fair. This is where organizations such as the UN, CCFH and Hazard Analysis Critical Control Points (HACCP) comes in. Responding to public concerns and contributing to the international food trade, they host a number of conferences around the world.

For students studying food and nutrition, dietetics, and public health, the chance to see “behind the scenes” at a United Nations conference so close to home was a priority. However, in order for BGSU students to attend the conference, the University had to obtain special permission. Dr. Thomas Snitch ’75, ’15 (Hon.) realized what a great opportunity a UN conference held in Cleveland would be for students in Bowling Green.

“How often do you get something with the United Nations so close to home? Our students jumped at the chance,” Hamady said. “We had students from food and nutrition, mainly dietetic students, public health and masters of public administration students.”

“Given the current political climate of the United States in regards to trade and immigration, it was refreshing to see a group of delegates, each with their own agendas, able to problem solve and to do so with kindness,” said Brooke Wurster, a non-traditional student with a bachelor’s degree in psychology. She became interested in the conference through her study toward a dietetics degree.

At the conference, delegates discussed a number of issues related to topics such as food allergens, food hygiene and biological foodborne disease outbreaks. Chairs oversaw the representatives from countries, industry and organizations, giving the floor over for others to speak and suggest changes to the standards.

“It was very formal and it could be political at times, like if someone wanted to add a standard that not everyone agreed with,” Hamady said. “They would say, ‘Let’s keep in mind, these standards have passed the public comment stage, so we can’t really adjust the verbiage too much. We’re just cleaning it up for clarity.’”

The formal negotiations were only part of the equation. Discussions continued in the hallways, over meals and at receptions. Students were able to interact and talk with some representatives, while during the formal debates, they wore head phones and heard everything through translators.

“They got to see how international agreements are written live and in real time. It was an incredible opportunity for the students to watch international decision-making happen,” said Dr. Shannon Orr, professor of political science at BGSU.

In a world that grows increasing connected, it is important for necessities such as food and water to be closely regulated. The BGSU students who attended the trip are among the next generation that will handle these issues. They were introduced to how their jobs work on a global scale.

“Even outside of an educational setting, it is critical to be able to work together with people we might not agree with,” Wurster said. “By doing so, we are not only able to accomplish more, we are also able to gain new perspectives.”