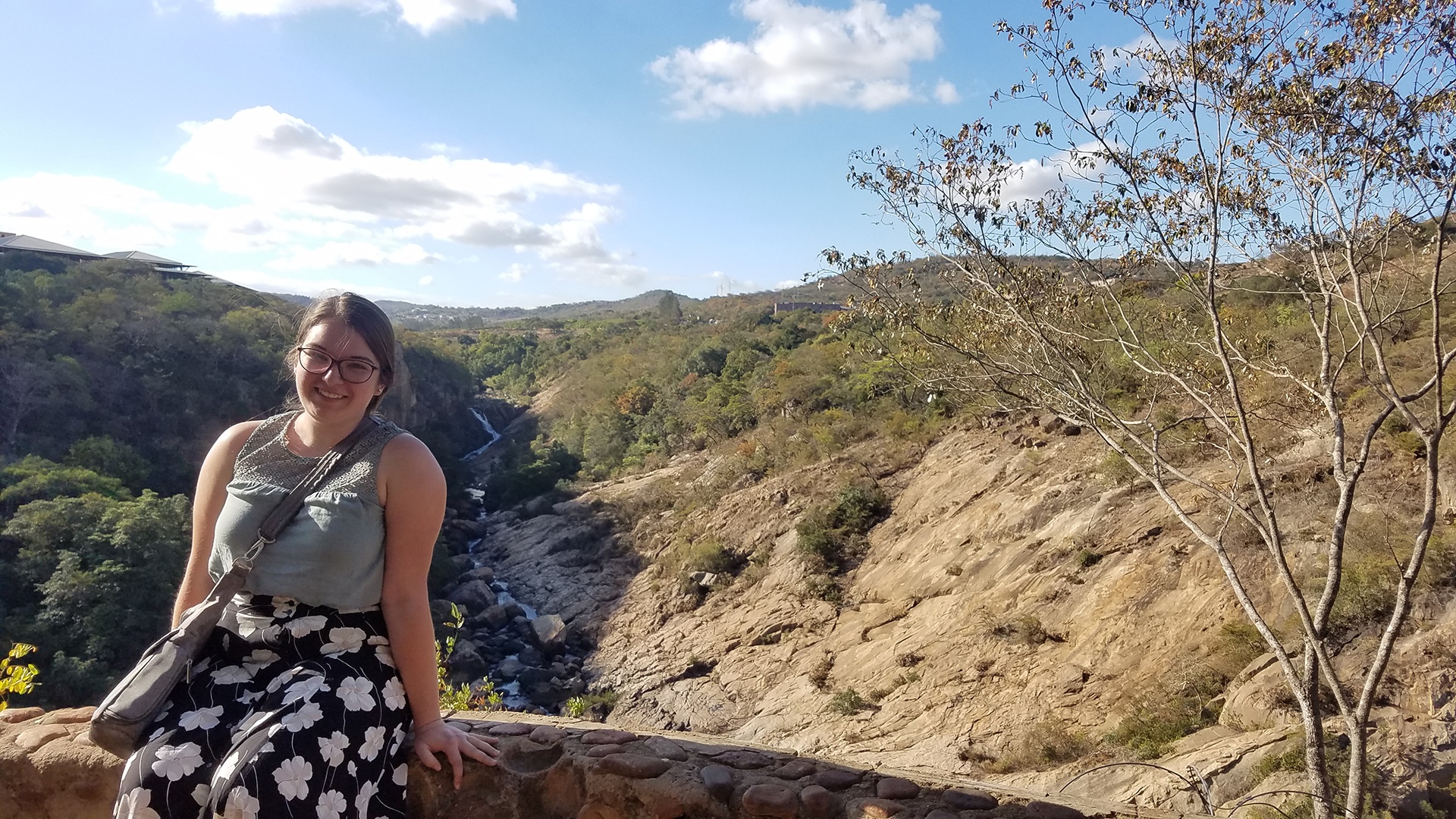 One of my first courses as a freshman in Bowling Green State University's College of Musical Arts was a musical survey of sub-Saharan Africa.

I was dreading it. I had no knowledge of anything related to the continent. It was a fear of the unknown, but that was also why I selected the course in the first place. I came to BGSU to learn. But that trepidation also was a lack of understanding about how this material from a distant land could impact my relationship with music. I began the course with the mindset of “What role does African music really have on my career as a music educator?”

I think my preconceptions are common — African music seems so different from the styles of music I felt I would be teaching and those that we learn about in most classes at the University. As we moved further into the semester, however, I became more immersed in the rich history, culture and music of sub-Saharan Africa. The distance that I had imagined as so broad grew smaller, and I developed a stronger relationship with the musical cultures, people and the world views of African music makers.

I was especially interested in the unit on South African music, which historically serves as an important political tool and is a vital aspect of everyday life. Not only was I learning about a new country and its people, I learned some uncomfortable truths about myself: that I carry bias about the African culture, both as a person and as an educator. This realization inspired me to open my mind more fully, and it sparked a keen desire to seek a shared humanity through the language of music.

I already have completed so many beneficial courses during my academic career here and have participated in a variety of extra-curricular teaching opportunities in the classroom. What I also have learned is that, in order to be an effective professional, I must commit to a lifetime of continued learning. My interest in sub-Saharan music meant it was time to take a deeper dive and explore where that interest would take me, and that would likely be the first of many journeys. After taking this course, I knew that I needed to embrace new experiences outside of the classroom. I wanted to dive more into learning about the musical characteristics of this culture: improvisation, the relationship of music to everyday life, learning music in the oral tradition and utilizing musical ostinatos (repeated melodic phrases or rhythm patterns) to formulate interweaving melodic lines.

Learning about these African music techniques would help me become a person with a stronger understanding of the value of different music cultures, and someone who knows how to listen to both music and other people. I can become even a small bridge that leads to more well-rounded, open-minded and globally cognizant musicians. When I heard that there was such an opportunity at BGSU to receive grants to help aid in me in fulfilling this opportunity, I took it. I applied for the Stuart R. Givens Memorial Fellowship, and fortunately the reviewers shared the same sentiments I did — that this was an important opportunity for me to grow as an individual and musician.

South Africa was enlightening and inspiring in more ways than one, and I am so grateful that I could travel there this summer.

I touched down on African soil on June 1 — and, boy, was I overwhelmed. The terrain, animals, roads and people were so different from anything I had ever seen. There were no sidewalks, just dirt on the side of the highway that people fearlessly walked on next to the fast oncoming traffic. Merchants walked in between stopped and moving cars selling their goods. There were impalas, baboons and ankole cattle roaming through the fields and open terrain. It was a culture shock.

Although I traveled throughout the country of South Africa during my experience there, I spent most of my time in White River, a small, white, wealthy community that is just miles away from the famous Kruger National Park. During the week, I worked at the Casterbridge Music Development Academy (CMDA) in White River, as well as the Mshadza School for Children with Disabilities in Mussoy.

These schools could not be more different. The high school had a large classroom with computers, desks, individual work spaces for their 36 students and curriculum for me to frame my lessons around.

The other school was almost all outdoors with a single enclosed space for their 150 students (ranging from 3 years old to 22). There were no lesson plans, only kind volunteers begging for a music program. No lecture could have prepared me for that situation.

I knew that rhythmic ostinatos and layers were a large component of South African music making, so my lessons centered around Orff Method pedagogy to build confidence, social interaction and musicianship through individual improvisation and ensemble unification. Students and I would use the ground as our drums and our hands as sticks to perform various rhythmic melodies, while individuals were chosen to improvise in the rests of our melody. I created a short “hello” song in English and Siswati to practice forming coherent vowels and interacting positively with one another. Over time, I grew more comfortable with the environment and was able to mold my pedagogy to help more effectively meet the different needs of individuals.

One overarching theme that struck me about the musical culture in that part of South Africa was people’s keen sense of aural learning of melodies and rhythm. There were students at Mshadza who had the mental capacity of a 3-year-old yet could repeat rhythms more complex than I ever learned in any class or ensemble up to this point in my career. It was mesmerizing to see!

The students at CMDA were incredibly musical and technically advanced; and everything they knew they learned completely by ear. Until volunteers and I got there, the students at CMDA had no music literacy, could not identify a staff or read any notes at all. After adjusting to the culture there, I realized that this was not as bad a thing as I initially thought going in. I thought back to my musical journey up to this point and its huge emphasis on music literacy and I realized that this became a crutch to me as a musician. Because I learned to be so focused on the correct notes and rhythms, I could not open myself up to being the best possible musician I could be. As students would say, “Is it correct enough for a robot to take your job?”

On the weekends, the volunteers and I traveled around the area to sight see, experiencing the Sudwala Caves, Botanical Gardens, Kruger National Park, Geo Trail and Panoramic Hike and a long weekend to the thriving city of Johannesburg.

Visiting Jo’burg was one of the highlights of my trip. It is a city I have always wanted to see, and it did not disappoint! While there, we went to the Soweto Jazz Festival, seeing groups such as the famous Soweto Gospel Choir, and it was amazing to experience concerts in a setting such as that one. The choir itself is incredible to see and listen to, and pair that with an audience who is passionate and appreciative of that music — incredible. I also got a chance to see Nelson Mandela’s home, the suburbs of Soweto, Constitution Hill, the Apartheid Museum, and Sandton City while I was in Johannesburg. Learning and hearing about Nelson Mandela and his legacy from people who were there to see him and all he did was really eye-opening and inspiring! I loved hearing and experiencing the history of South African society while I was there.

This experience in South Africa was enlightening and inspiring in more ways than one, and I am so grateful that I could travel there this summer. However, this would have never been possible if it were not for Stuart R. Givens Memorial Fellowship. Thank you for all you do for me and other BGSU students! Because of this grant, I was able to see a part of the world that truly altered my view and changed my life for the better.