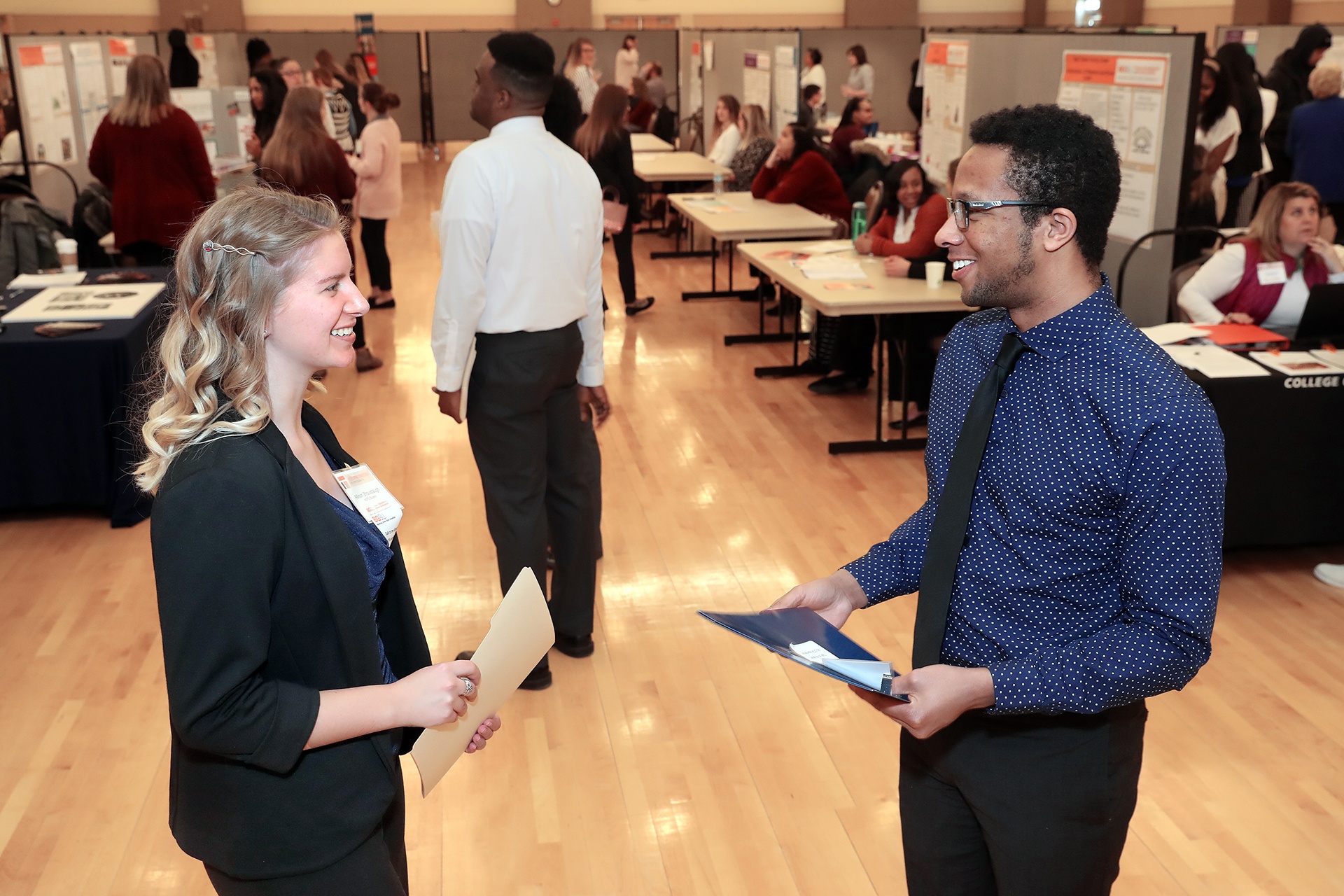 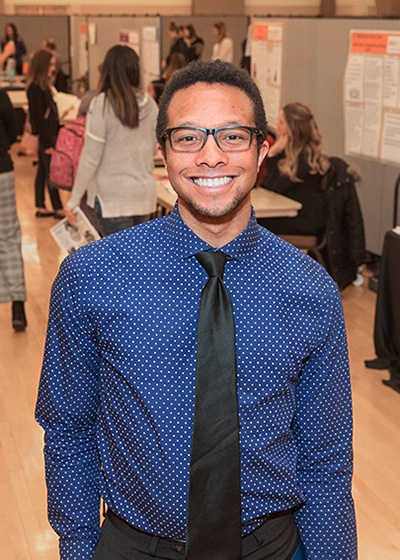 For Kyland Kimble, graduating in August from Bowling Green State University's College of Education and Human Development was just one of several milestones he’s reached.

Besides re-enrolling to earn a master’s degree through the college’s School of Counseling and Special Education, he interned with Harvard University this summer.

“It was unexpected,” he said. “I never thought I would be offered a paid internship at this institution.”

Kimble, who was then a Human Development and Family Studies student with a minor in psychology, worked as a proctor at Harvard. Similar to a combined residence hall advisor and camp counselor, the job required him to ensure high school students' safety and to create and initiate programming for the students enrolled in Harvard’s pre-college programs.

The programming was a significant part of his "long days," because he was required to design three programs within pre-defined categories. Three tiers of Harvard staff approved his programs: a supervisor, a program coordinator and an assistant director. His programs, he said, focused on personal development and social awareness.

After completing initial training, Kimble said, he was responsible for ensuring that “his” students were in Mather House by curfew each night (Harvard students live in houses, not residence halls). Because these were high school students, they were minors who had to follow more rules than college-age students.

Checking them in at night and locating any stragglers, he said, was the easiest part of his internship.

The harder, and more rewarding, part was working with students from all around the world. Many of their families expected them to excel in Harvard’s programs, yet the students were often sharing living space and experiencing different cultures for the first time. This challenged them to develop communication skills they might not have been exposed to in their home countries.

Kimble’s HDFS coursework, he said, prepared him well for the Harvard opportunity. “In class, we discussed multiculturalism and how important diversity is.” He was living it by sharing quarters with high school students of different races, religions and more.

His students came from countries as varied as India, Brazil, Australia, China and England, and the group changed every two weeks with completion of the pre-college programs. From move-in day to family orientation and then move-out two weeks later, he was the Mather House contact.

Kimble was one of 37 proctors hired that summer, from a pool of 222 applicants. In addition to a strong resume and the networking of his graduate advisor who had completed this same internship earlier, “they told us we were chosen based on our experiences and a good interview.”

As the only student from an Ohio university, he met other proctors from all over the country: Cornell, Yale and UCLA, just for starters. He also interacted with Harvard's Student Affairs faculty and staff.

Working as a BGSU orientation leader, an academic peer mentor and a pre-college program camp counselor was good preparation for the Harvard internship, he said, along with the workshops he attended in Resident Life. Balancing the long hours the internship required, Harvard's schedule offered considerable daytime flexibility, enabling him to travel from campus in Cambridge, Massachusetts, to nearby Boston, Rhode Island, New Hampshire and more.

Like their proctors, the high school students had flexible schedules, with many taking day trips on their own or in small groups. But this forced them to manage their time effectively, because they were still expected to complete class assignments, homework and projects. Time management was a skill Kimble had to help many of them build.

“Overall, this experience has been life-changing,” he said. “It helped me grow professionally and personally by narrowing down my career choices and noticing personal challenges that I never knew before."

Each of Harvard’s three pre-college sessions in his summer internship, he said, “was like closing a book, but with such big chapters.”