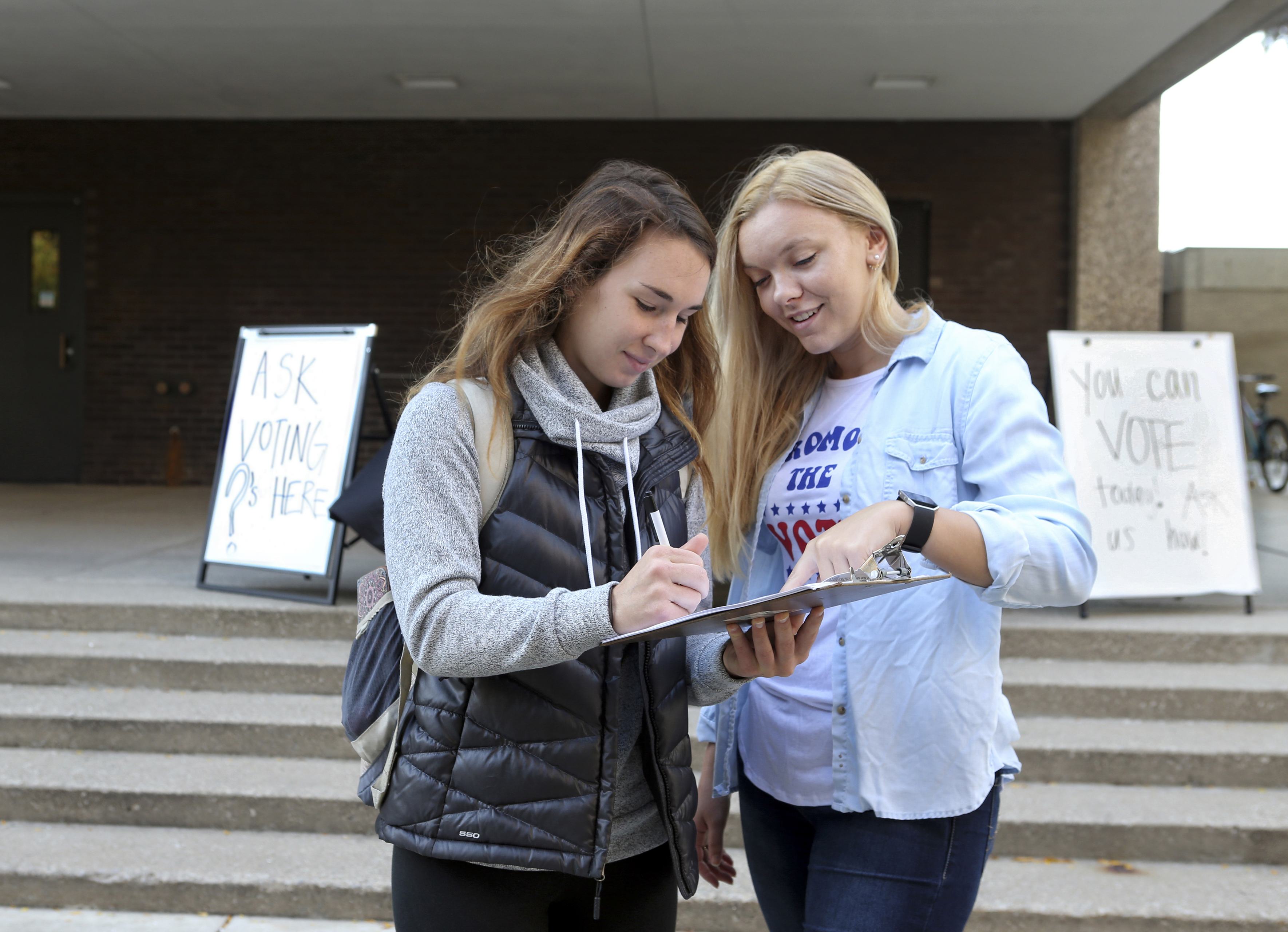 Student participation jumps to 35 percent, according to national report

Student voter participation at Bowling Green State University has nearly tripled since the 2014 midterm election, according to a national report.

The National Study on Learning, Voting, and Engagement reported that BGSU's student voter participation jumped to 35 percent in the 2018 midterm elections, up from 11.9 in the 2014 midterms. The full campus report can be viewed at BGSU Votes.

“We are excited about this increase because it shows more students are taking action to participate in democracy,” said Paul Valdez, associate director of the Center for Public Impact, formerly the Center for Community and Civic Engagement.

Through national partnerships with the Andrew Goodman Foundation and the Campus Election Engagement Project, student leaders with the BGSU Votes initiative in the Center for Public Impact have been working to engage campus in nonpartisan voter and political engagement since 2012.

The report is part of the National Study of Learning, Voting, and Engagement conducted by the Institute for Democracy & Higher Education (IDHE) at Tufts University’s Tisch College of Civic Life. The study shows that nationwide, voting rates at participating college campuses doubled on average compared to the previous 2014 midterm. In 2018, the Average Institutional Voting Rate among campuses in the study was 39.1 percent, nearly 20 percentage points higher than 2014’s average turnout rate of 19.7 percent. Turnout increases were widespread, with virtually all campuses seeing an increase over 2014.

The report is the only national study of college-student voting. It is based on the voting records of more than 10 million students at more than 1,000 colleges and universities in all 50 states and the District of Columbia; IDHE does not receive any information that could individually identify students or how they voted. The study provides reports to participating colleges and universities, such as BGSU, which use them to support political understanding and civic engagement, as well as to identify and address gaps in political and civic participation.