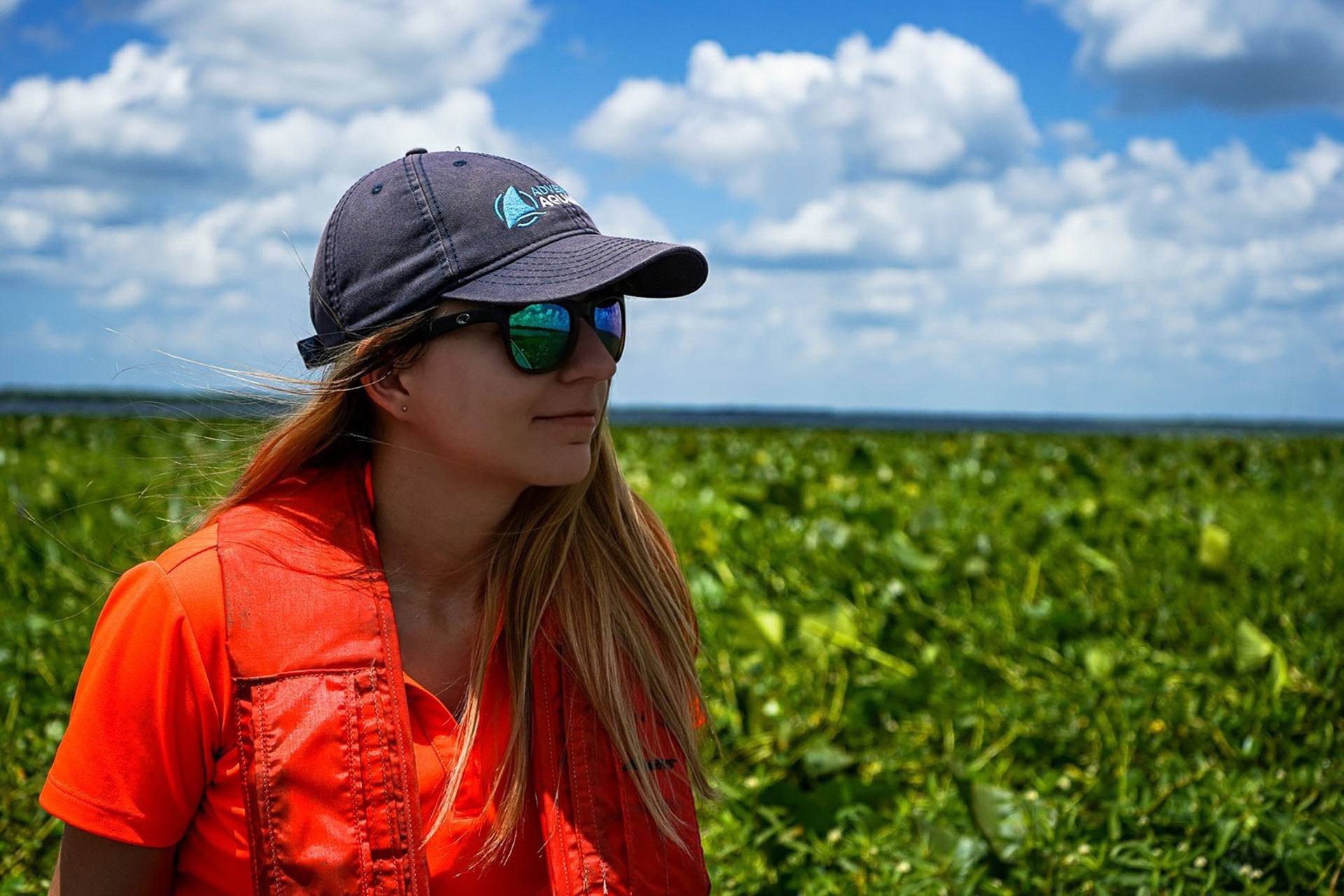 Chelsea Bohaty ’13 is a biologist for the U.S. Army Corps of Engineers

One of the main reasons Chelsea Bohaty ’13 chose to attend Bowling Green State University was because of its extensive marine lab.

“The lab really made Bowling Green stand out — it’s pretty unique to northwest Ohio,” said Bohaty, who majored in biology with a specialization in aquatic sciences.

Today, Bohaty works as a biologist in the Invasive Species Management Branch of the U.S. Army Corps of Engineers in Jacksonville, Florida. She is extensively involved with the Corps’ biological control program, where she leads the yearly alligatorweed flea beetle biocontrol project.

“After I worked at the lab for a while, my experience there helped me get my foot in the door at my first internship as an undergrad,” she said of her time at BGSU. “It was a great experience for me.”

Bohaty, who grew up in Medina, Ohio, and attended Padua Franciscan High School in Parma, worked as a fish and invertebrate intern for two summers in a row at Adventure Aquarium in Camden, New Jersey, where she worked as an aquarist.

“I basically helped out with daily care of the gallery that was under my control,” she said. “I did a lot of aquarium maintenance, I learned how to plumb aquariums and I did basic health care and diet preparation.”

“I worked with him and assisted with his field work and insect sorting — just whatever he needed help with in the lab,” she said. “It was mostly beetles. He had done some agricultural field work with ladybugs and I helped him sort and identify the insects that were collected over the summer.”

After Bohaty graduated from BGSU, she moved to Florida in 2014 to get her master’s degree in marine science at Jacksonville University. During graduate school, she volunteered with Florida Fish and Wildlife Conservation Commission (FWC).

“I didn’t get paid for the volunteer work I did as a graduate student, so I worked a regular job at a restaurant to pay the rent,” Bohaty said. “I worked with FWC’s marine mammal rescue team. I did a lot of manatee rescues and a lot of carcass recoveries, which was difficult work. Anytime a marine mammal is found or washed up, FWC goes and claims it, does a necropsy and figures out the cause of death and puts it in the state database. I did that for about two years.”

She didn’t mind putting in the extra work because she knew it would pay off for her career.

“It’s really a competitive field and can be very challenging to find a steady position, so I knew going into it that I would be constantly working,” Bohaty said.

As a biologist with the U.S. Army Corps of Engineers, she works in the field as well as in a lab.

“My job is pretty flexible. I do a lot of different things depending on the time of year,” Bohaty said. “In the state of Florida, alligatorweed is really an invasive plant. It was introduced to the United States in the late 1800s from South America and it’s been here ever since. It spreads like wildfire and clogs rivers and canals. It’s a really aggressive plant and pretty much makes it impossible to put boats in the water because it will clog propellers.

Usually in May, Bohaty said, the Corps will send a group of biologists on airboats out in the water to collect the flea beetles with sweep nets. Then, they pack and ship them to other states that have problems with alligatorweed to clear up their waterways, mainly in the Southeast and Texas.

When Bohaty isn’t in the field, she does a lot of data management.

“In our branch, we manage all invasive aquatic species,” Bohaty said. “Typically, in Florida, common water hyacinth and water lettuce are our two biggest offenders. We have crews that go out and use herbicide or will remove the plants mechanically — whatever is best for that given situation — and remove acres and acres of plants daily. I do the data management for all of those operations. That’s a day-to-day responsibility of mine, making sure we keep track of everything.”

In the foreseeable future, she would like to continue to lead and improve the alligatorweed biocontrol program. Hurricanes Matthew and Irma changed the ecology of the St. Johns River, the longest river in the state of Florida, right before Bohaty was hired.

“The last couple of years we have had some issues with collecting the beetles because we had really heavy rainfall from the hurricanes,” she said. “Our team at the time wasn’t able to collect any beetles, and it’s taken a while for those populations to bounce back. Now that I’m here, my goal is to bring the program back to where it was before the storms hit.”

Pavuk was instrumental in making Bohaty’s Bowling Green experience the best it could be.

“I had him for Biology 201, which was my first biology class,” she said. “It's exciting to be able to incorporate my interests from his lab at BGSU into my job now. From having that first class with Dr. Pavuk my freshman year and finishing with my independent research in his lab throughout my senior year, he definitely helped prepare me for the scientific world outside of Bowling Green, and I’m very grateful for that.”