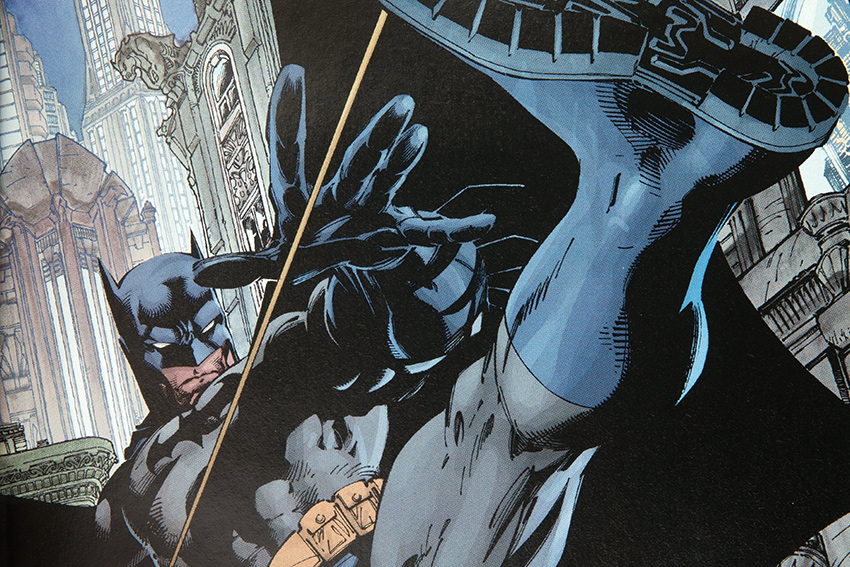 There’s a Batman for everyone.

That’s the proclamation of Drs. Matthew Donahue and Charles Coletta, co-chairs of the “Batman in Popular Culture Conference” held April 12-13 at Bowling Green State University. The conference was hosted by the Jerome Library to mark the 80th anniversary of Batman, who was created by Bob Kane and Bill Finger and first appeared in “Detective Comics No. 27” in March 1939. 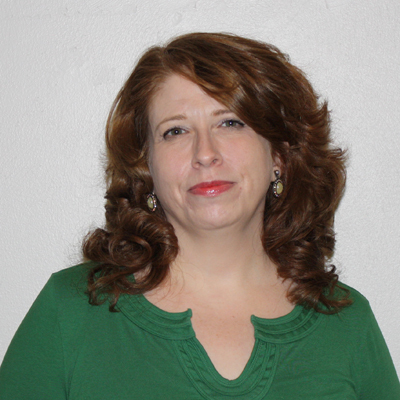 There were 85 presenters at BGSU’s Batman conference, which showcased comic book writers Mike Barr, Dan Mishkin and Marc Sumerak, a 2000 BGSU alumnus; BGSU’s Dr. Jeffrey A. Brown, who published the book “Batman and the Multiplicity of Identity: The Contemporary Comic Book Superhero as Cultural Nexus” in 2018; and Dr. Jennifer A. Swartz-Levine of Lake Erie College, an academic expert on comic books.

Paper topics ranged from “Batman Vinyl” to “Batman Pitching for the Mets: Matt Harvey as the Dark Knight of Gotham,” from “He Doesn’t Know You Like I Do: Barbara Kean’s Sex Appeal and Gotham’s Woman Problem” to “The Dark Knight and the Boy Wonder — Does Batman Need a Robin?” and even “Batman and Family Roundtable Discussion: Swingin’ with Bat-Daddy” and “Batman God of Capitalism: Radical Individualism in American Mythology.”

Several Batman pop culture displays are available for viewing on the main floor of the Jerome Library and in the Ray and Pat Browne Library for Popular Culture Studies through the end of the semester.

The following is a Q&A with Donahue and Coletta:

Why did you want to hold the Batman conference?

Donahue: Batman is such an iconic figure and one of the longest-lasting superhero franchises out there. So, we just had to do it. It was a really spectacular outcome. It exceeded everybody’s expectations. We had 85 presenters; we had people coming from as far away as India, Germany and Japan to present at the conference. We also brought in writers and academics such as Mike Barr, a famous writer for DC Comics.

What does Batman tell us about our culture over the past 80 years?

Donahue: Anybody can be Batman. He doesn’t have super powers, but he’s one of these characters you or I could be. He’s got brain and he’s got brawn and he’s got technological savvy. Those aspects make him unique in terms of being a superhero. Then when “Batman” the movie came out in 1989 with Michael Keaton as Batman and Jack Nicholson as the Joker, that really helped spawn this whole superhero phenomenon we’re living in now.

Coletta: A lot of the comic book heroes created 80 years ago have been forgotten, but Batman has been on television and in movies, in cartoons and all of the toys and merchandise. Your kids know who Batman is and their kids are going to know who Batman is. There’s always some new cartoon or some new movie on the horizon for him to be reintroduced to another generation. Batman can be very serious like the movies have been recently or he can be campy like the old 1960s television show. This stuff goes in waves. Vampires have been popular; they’ll fade away and then they’ll come back several years later. We’re sort of at the peak of the superhero craze. It will fade a little bit, but the next generation will pick it up.

What was your favorite moment from the conference?

Donahue: One of my favorite moments was Mark Racop (owner of Fiberglass Freaks and presenter of “I Build 1966 Batmobiles for a Living!”) from Indiana. He makes Batman street-legal cars from the 1960s. He’s the only one in the world that’s licensed by DC Comics to make these cars. He’s got 175 people on a wait list for a car that takes two years to make. His talk was amazing. It reiterated a lot of the ideas that Chuck and I have been talking about and a lot of the people presenting talk about: He saw the television show as a little boy and was fascinated by the characters and the car and the gadgets. Then, 50 years later, he’s building these cars.

Coletta: Just seeing how much everyone gets into it. We had a bunch of podcasters. Some of them were teachers and some of them were regular business people, and they probably know more than anybody. They could probably have a Ph.D in Batgirl, for example — like one of our speakers, Stella Bowman (host of the Barbara Gordon podcast and presenter of “Barbara Gordon as the Epic Hero and the Men Who Influence Her Journey”). She knew everything there was to know about Batgirl. She was outstanding 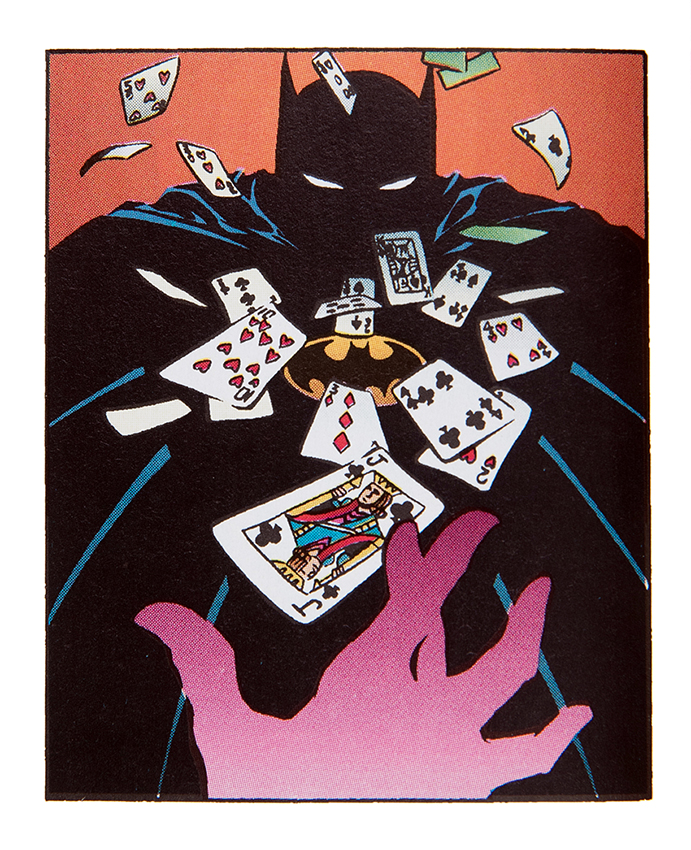 One of the great things about Batman is everyone knows who the villains are. They’re just about as famous as Batman. What does that say about Batman over the years?

Donahue: It really highlights the impact that the franchise has had in popular culture. For people to know the villains in addition to the main heroes, Batman and Robin, is pretty unbelievable. Each villain has their own reality, and, of course, they’re coming out with a Joker movie later this year.

Coletta: It was called the Batman conference but it was basically Batman’s world. We had presentations on the various Robins and Batgirls as well as the Joker and the Riddler and Penguin. A lot of it is from the TV show. That thing ran in reruns for so many years. There was Frank Gorshin’s Riddler and the there was Jim Carrey’s Riddler. Now, there’s a Riddler on the “Gotham” TV show.

With your already vast knowledge of comic books and pop culture, did you learn anything new?

Donahue: Mike Barr was a huge highlight and really inspiring. He was a writer for “Batman and the Outsiders.” He’s from Ohio and he’s world renowned for all of the work he has done. Everybody at the conference was there to see him, get his autograph and shake his hand.

Coletta: One of the speaker’s — Frank Jasper-Stump of Davenport University (“Bat-Computing: Exploring the Line Between Fact and Fantasy with Information Technology within the Bat-Universe”) — expertise was in technology and big data, and his paper tied into the Batcomputer and how computing was shown in the television show. And Buddy Avila, a graduate student here at BGSU, presented his paper “Bat-Signals: The Deployment of Superhero Iconography by U.S. Military Personnel from Vietnam to the War on Terror.” It was on Vietnam-era planes and how they put comic book characters on planes, and there was one with a Joker face — so really the ways that Batman had permeated the culture that we might not even be aware of.

What did it mean for BGSU to host a conference like this?

Coletta: We were sort of the face of the conference and we were running around while it was going on, but we couldn’t have done it without all of the help from everyone at BGSU. It took over a year to get this together. It really was a team effort.

Donahue: What was great was incorporating the whole Browne Library for Popular Culture Studies because it has such a massive collection, including 50,000 comic books — a whole lot of stuff that people don’t normally get to see. This was a great opportunity for them to take those things out of the archives and put them on display. They just look amazing. It’s just incredible to think that Bowling Green State University is doing all of this cool stuff that’s getting international attention. We’re just really trying to continue the tradition of Ray Browne, the founder of the Department of Popular Culture. We’re continuing his tradition of using popular themes in popular culture to put Bowling Green on the map.