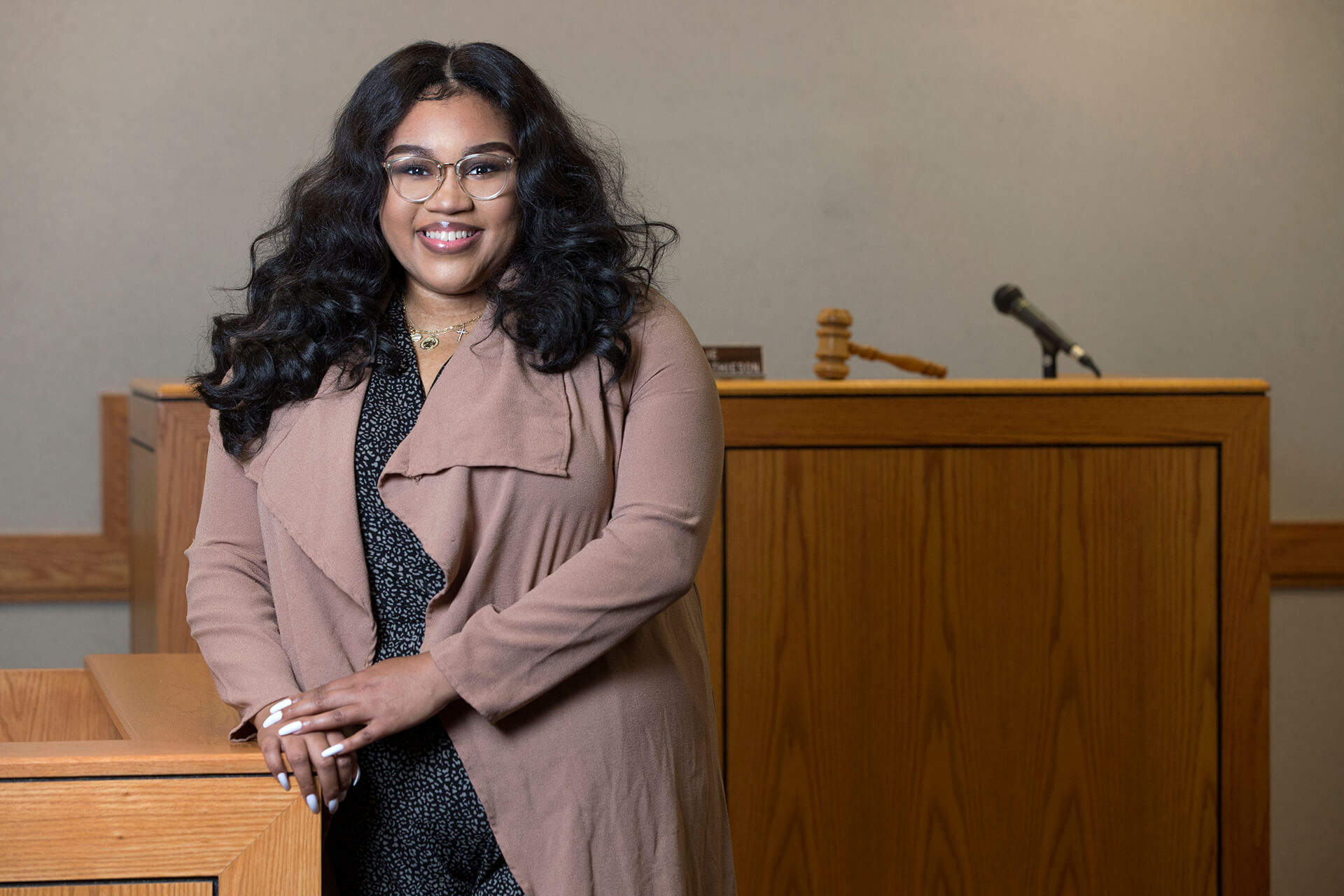 Rachel Coleman knew her life would change forever once she got accepted to Bowling Green State University, but she didn’t know how much the Pathway Program would impact her entire college career.

Coleman is graduating with a Bachelor of Science in psychology with a minor in sociology.

“Ever since coming to Bowling Green, it was a really big dream of mine to go to BGSU,” she said.

Originally from Arkansas, during her senior year of high school in 2013, she moved with her family to Bowling Green after her dad got a job in town.

“I applied to BGSU twice and got rejected both times — I felt like giving up,” Colemen said. “I thought, ‘I am done,’ but then I relied on my faith, and thought, ‘I really believe that God sent me here for a reason.’”

She decided to apply final time.

“I prayed to God, and applied one more time — hat was when I got accepted into the Pathway Program,” she said.

Coleman entered the Pathway Program in 2014, the first year that it was introduced to the University. It is a one-year program that offers a pathway to attending BGSU to select students who may not meet typical admission criteria. This conditional admission program is offered jointly between BGSU Firelands in Huron and the Bowling Green campus.

“At first I was embarrassed to be in the program,” Coleman said. “However, when I actually got into classes, it led me into so many opportunities that I never would have gotten or even imagined unless I was a Pathway student my first year.”

After entering the Pathway Program, Coleman told herself that she would make it through the first year and make a name for herself.

“After being in the program, I became an RA, a spokesperson and peer mentor for the Pathway Program,” she said. “During freshman year, it gave me the confidence to be involved in organizations such as Voices at BGSU.”

Coleman says that if it wasn’t for the professors in the Pathway Program, she has no idea where she would be today.

“The faculty make learning fun; they are amazing,’ she said. “I have had professors in the program that actually pushed me to be the person I am now. They showed me what perseverance actually looks like. It’s one thing to explain it; it’s a whole another to actually live by it. They were living it with me. I never felt like I was by myself, even with my hardest professors.”

She says that the program showed her how to be a leader and not be afraid of the challenges that come with it.

“There are so many things I want to do with my life: be a psychologist in a court house, a praise and worship leader, start my own YouTube channel, podcast, radio show, clothing line for plus-sized women and travel,” she said.

Coleman currently is a psychology intern for the BG Juvenile Court, and hopes to work with the court and “speak life” to many young people after graduation.

“Being in the Pathway Program and going to BGSU have gotten me so many places,” she said. “I cannot be more excited about the path I am leading after this.”