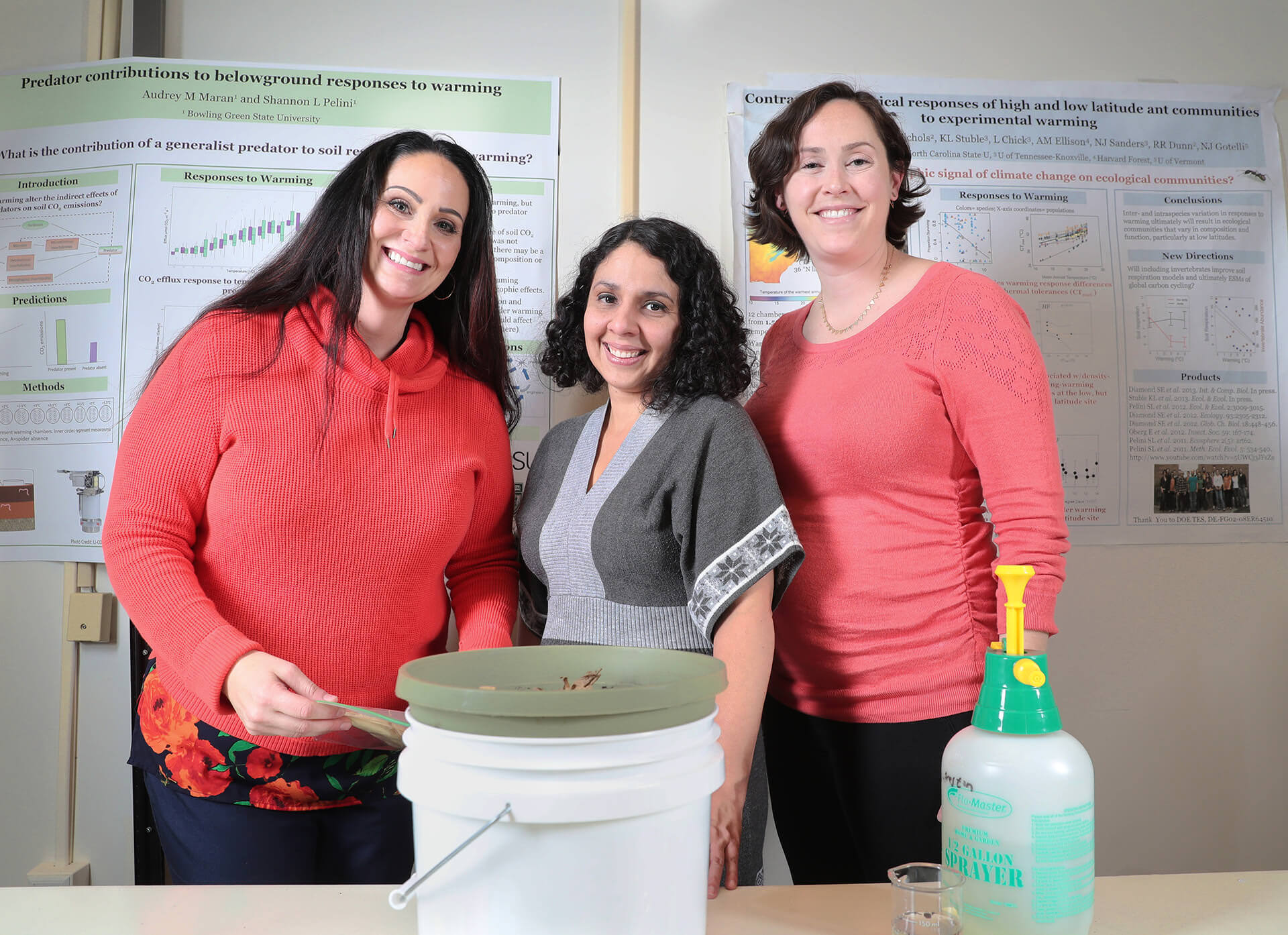 Team has been tasked to come up with an agricultural solution

Northwest Ohio is on the clock. By mid-year 2020, a long-held practice on Lake Erie will come to an end.

Each year, eight Ohio harbors along the Lake Erie coast are dredged to keep shipping channels open, with 25 percent coming from Toledo Harbor, according to the Ohio EPA. The dredged material is dumped in the open waters of Lake Erie, which has been standard practice for some time. That practice, thanks to Ohio Senate Bill 1, passed in 2015, will come to an end on July 1, 2020.

The researchers want to determine if dredge offers any benefits in terms of nutrients such as cost savings on fertilizer and good soil health. Also, they want to ascertain if dredge introduces additional contaminants into food chains and the environments compared to native soils. Other goals include identifying the appropriate native topsoil to dredged material ratio to achieve the best corn crop yield; determining the benefits of amended soils with dredged material on corn crop yield; identifying the correct fertilizer (phosphate) addition to corn crops, if any, when farms’ soils are amended with dredged material; determining nutrient, metal and organic contaminants' (such as PCBs or PAHs) release into soil solution when using dredged material; profiling impacts on abundance, identity and functioning in soil fauna such as bacteria, fungi and invertebrates; and determining metal and organic contaminant bioaccumulation in crops and invertebrates in farm soils amended with dredged material.

“We’re combining the grants to work together because we all have different expertise,” Stevenson said. “The strategies of the two grants complement each other really well.”

Each year, more than 1.8 million cubic yards of dredged material is removed from Ohio’s harbors. That’s enough material to fill more than half of Ohio Stadium in Columbus.

The idea is that with proper characterization and handling, uncontaminated dredged material can be repurposed to improve the environment and the economy. In addition to agricultural uses, other applications include beach and nearshore nourishment, habitat creation and restoration, landscaping, road construction, land reclamation, landfill cover and in the manufacture of marketable products such as concrete, bricks, blocks, aggregate and topsoil.

“The hope is that the really high concentrations of nutrients present in the dredged material will make it attractive to farmers and advantageous to farmers to use,” Stevenson said. “That was basically the motivation behind the proposal call: to try to figure out if it is useful in an agricultural sense and what that means in terms of how successful crops can be, and if there are any possible implications of using the dredged material as agricultural soil.”

The Toledo-Lucas County Port Authority received a $2.5 million Ohio Healthy Lake Erie Fund grant to design and construct the Great Lakes Dredged Material Center for Innovation, which opened in 2016 at the Maumee River shoreline on the edge of Riverside Park in North Toledo.

The researchers will utilize the agricultural technology field testing area at the center. The Center for Innovation contains four, 2.5-acre cells to demonstrate and analyze the feasibility of enhancing agricultural fields with dredged material.

“We have another collaborator from BGSU, Dr. Anita Simic, also in the School of Earth, Environment and Society, who has drones,” Vázquez-Ortega said. “She is an expert on remote sensing and she will fly her drones at the Dredged Center for Innovation to correlate remote sensing with plant health.”

“There are four cells, which are basically like mini-agricultural fields,” Stevenson said. “One of the projects we’ll be working on is planting cover crops and corn on those fields that are composed of dredged material.

“We’re going to be planting cover crops in the next few weeks, hopefully, on one cell and harvesting them at some point in the spring, and planting corn on two of the cells. We’re going to see how well the corn grows, measuring yield and biomass and accumulation of contaminants in the crops themselves.”

Pelini said the team will build some mimic farm plots using buckets in the greenhouse.

“We can figure out if there’s a sweet spot for how much dredged material would benefit the farmer, if at all, from mixing in with his or her soil,” she said. “We can build soil ecosystems in the greenhouse, and under these controlled conditions, we can manipulate things such as ratio of dredge to soil. We can do all this cool stuff like catch all the water that comes out of the system and see what the nutrients look like there.

“As a food web ecologist, I think about how the organisms are interacting, so we are going to be able to plant corn in buckets and add bugs such as giant millipedes, so we can see how they grow. Not only can we see how much crop production there is, but we can do so much more. We can see if there’s bioaccumulation in the bugs, in the soil, and in the corn litter that falls on the ground. At the end of the experiment, we can look at their tissues and see if there are metals that have made their way through the food web.”