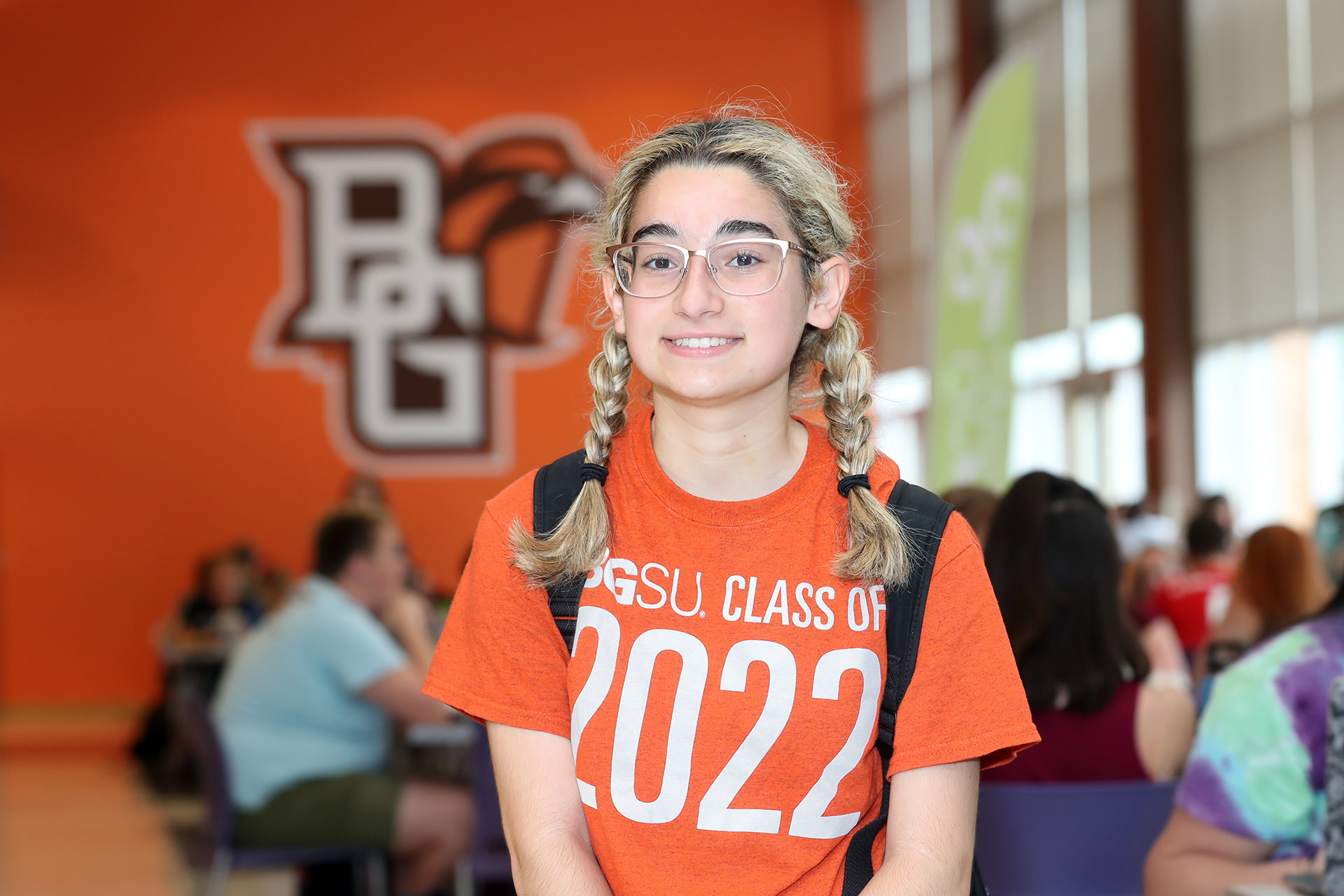 Veronica Menendez was so sure she wanted to major in data science that she completed two internships at Fortune 500 companies before she arrived at Bowling Green State University.

BGSU was on her short list of college choices because it was one of the few universities in Ohio that offered data science as an undergraduate option.

“I applied to over 20 schools and out of all of them, BGSU was the perfect fit,” said Menendez, who graduated from Archbishop McNicholas High School in Cincinnati.

Menendez, who was born in Puerto Rico and moved to Ohio in 2010, always has been interested in computers, even as a child. In high school, she discovered she also had a keen interest in business.

“I did a little research and I learned that through data science I can combine both of my interests,” she said. “I can use computers to look at databases and codes, and then I can interpret the information to help businesses become more profitable.”

In high school, Menendez interned at Kroger’s technology center the summer before her senior year and she completed another internship at Procter & Gamble this past summer. Both companies are headquartered in Cincinnati.

“I really liked both experiences,” she said. “The culture was different at each company, but I learned a lot. It really reassured me that the data science field is where I want to go.”

Data science is a new area of specialization at BGSU, being developed by the Department of Mathematics and Statistics. The field integrates math, statistics and computer science to prepare for the rapidly expanding need for data scientists.

“Veronica comes to BGSU with an unusually strong experience in computing and technology,” said Dr. James Albert, Distinguished University Professor and undergraduate coordinator in the Department of Mathematics and Statistics. “She was a student leader in INTERalliance of Greater Cincinnati, a group promoting IT career pathways for Cincinnati students. BGSU is organizing a new data science club and Veronica is interested in being an officer for this new organization. Obviously, we are excited to have Veronica in our data science program.”

Historically, most jobs for data scientists have required a master’s degree in computer science or a related field. Now that schools such as BGSU are offering bachelor’s degrees in data science, that requirement could change. The median annual wage for data scientists in 2017 was $114,520, according to the U.S. Department of Labor. Employment of data scientists is projected to grow 19 percent from now to 2026, much faster than the average for all occupations.

Menendez, who is minoring in computer science, is a member of BGSU’s Class of 2022, the most academically prepared class in University’s history. There are more than 3,600 new students in the freshman class, which has an ACT average score of 23, SAT average score of 1,110 and average GPA of 3.46, also a University high.

Another reason Menendez chose BGSU over other universities was the size of campus and the friendliness of all the faculty and staff she met during her visits on Presidents’ Day and on a Falcon Friday.

“I just liked the people; they were all really nice,” she said.

She also felt the size of the campus was just right, large enough but still intimate.

“I really like that because I came from a small high school, so it’s a good transition,” she said.

Menendez came to BGSU “without really knowing anyone,” but she’s already making friends.

“I met some people in my residence hall, and I’m really looking forward to meeting new people through my classes and extracurricular activities.”