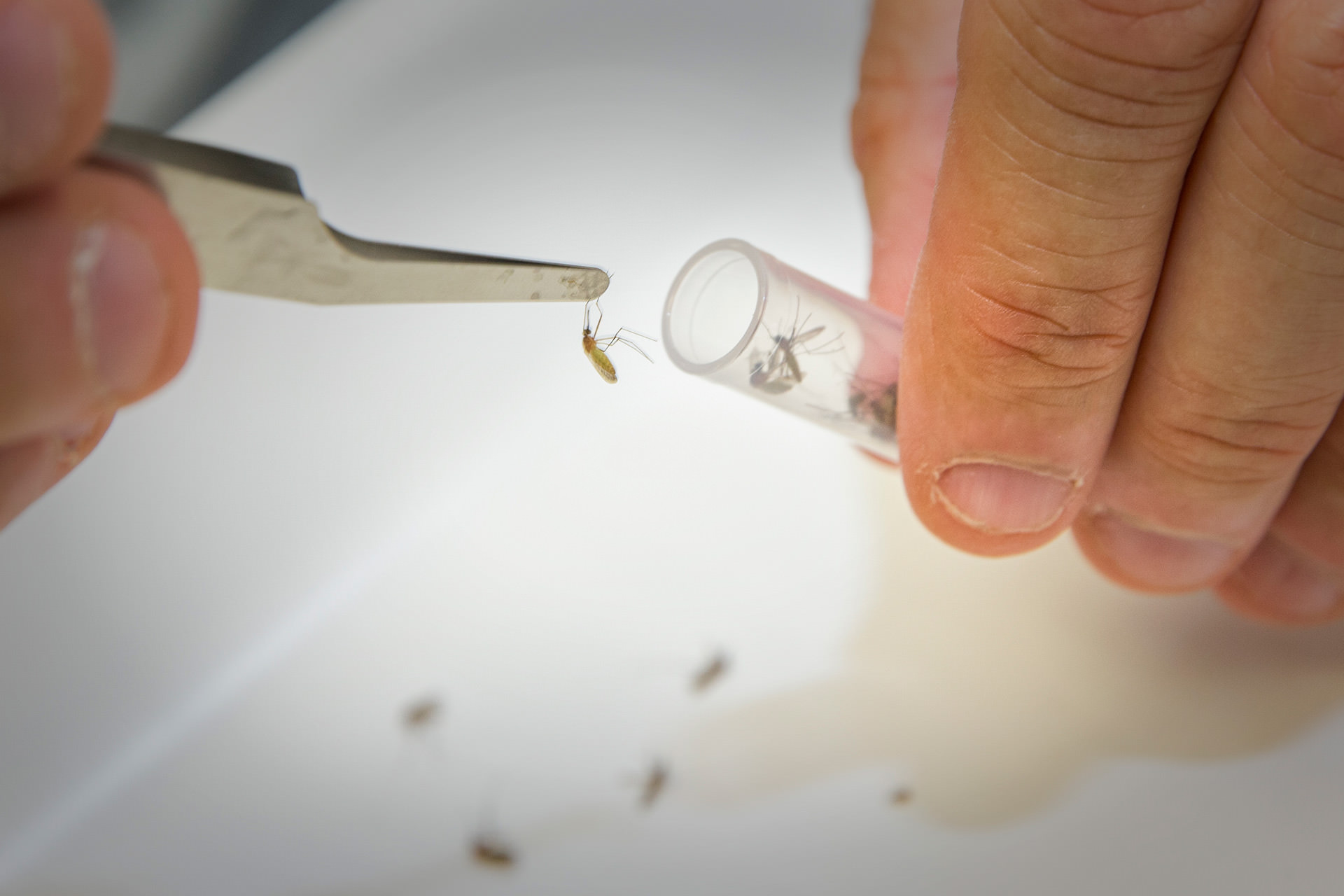 West Nile virus already claimed its first Ohio victim of the season in July. More fatalities could follow — or not, according to Dr. Dan Pavuk, an insect biologist and lecturer in biological sciences at Bowling Green State University.

“It will be interesting to see what happens with human cases this year because even though we have all of those mosquitoes out there carrying West Nile virus, we may not see a huge outbreak in humans,” Pavuk said. “It’s hard to predict that. It’s a very complicated situation with the mosquitoes, where humans are and how mosquitoes, bird reservoir hosts, and humans interact with each other. There’s a correlation, but there are a lot of epidemiological factors that come into play. People over the age of 50 are the most susceptible.”

There have been five humans infected with West Nile virus this year, including Clyde Warth, 81, who died July 29 in Ross County, southern Ohio, of health complications caused by the virus.

Pavuk and three BGSU undergraduate researchers have submitted more than 10,000 mosquitoes to the Ohio Department of Health so far this summer, and 22 batches of mosquitoes tested positive for West Nile virus. That total exceeded Wood County’s number of positive cases last year, and is occurring earlier in the season than last year, Pavuk said.

“Many counties around northwest Ohio probably also have many more mosquitoes carrying West Nile virus, but they just don’t have the funds to trap as much as we do in Wood County,” he said. BGSU’s work is funded by the Ohio Environmental Protection Agency through the Ohio Department of Health and the Wood County Health District.

“In terms of the timing of? mosquito infection by West Nile virus, we are way ahead of last year, which is always a concern,” Pavuk said.

Typically, August through early October is when most human cases of West Nile virus occur.

Last year in Wood County, West Nile virus didn’t show up in mosquitoes “probably until mid to late August,” Pavuk said. “This summer, we had positive tests in the third week of June at one location, and positive tests have been increasing steadily in Wood County and also through the state of Ohio.

“Last summer, we had 32 human cases of West Nile virus infection by the end of the season in Ohio, but this summer, we’ve only had five so far.”

As humans get older, they are more susceptible to infection.

“Men seem to be more susceptible than women, and I’m not sure if anyone knows why that is,” Pavuk said. “Older men tend to have a higher rate of infection than older women.

“I don’t want to frighten anybody, but it is a concern this year because of the early detections of West Nile virus in mosquitoes. You have to protect yourself. The mosquito species that vector it well in these hot and dry summers prefer to breed in extremely stagnant water. The water becomes more stagnant and populated by bacteria when it’s hot and dry, so these mosquitoes do very well.”

“The virus builds up in the bird populations and then the mosquitoes get infected more and more as the summer progresses,” Pavuk said. “The Ohio Department of Health detected West Nile virus in Wood County in the third week of June, and also in Columbus and Toledo in June. Most of the human cases of West Nile virus in humans typically occur in the northern and western parts of the state.”

While West Nile tends to infect older individuals, “you still have to be concerned about children and anyone else who is outside frequently,” he said. The mosquitoes that carry West Nile virus are active around dusk, during the night, and a short period after sunrise.  Those are peak activity periods for these species of mosquitoes."