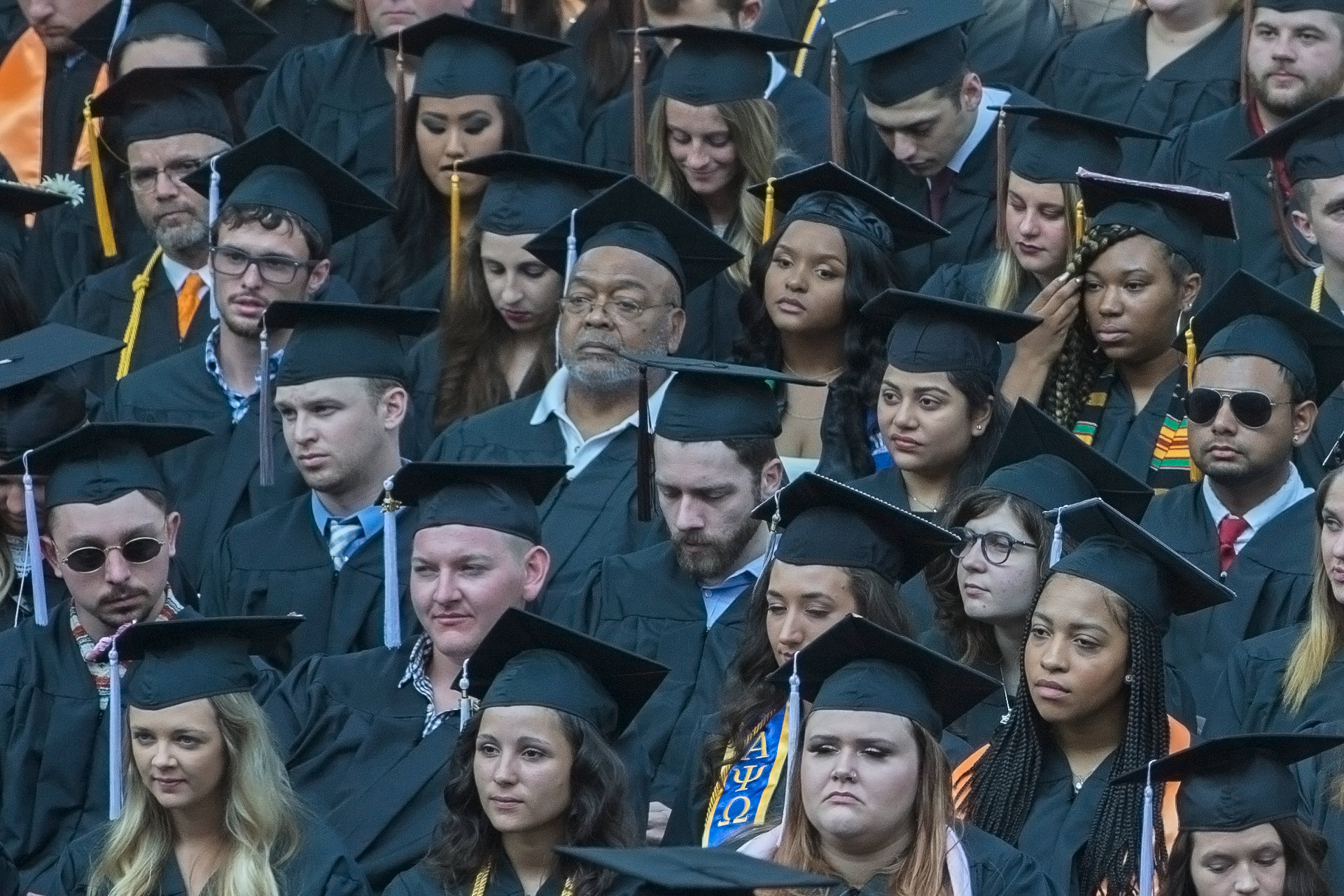 Perseverance pays off for nontraditional student

Leon Grace — "Mr. Leon" to many of his students — recently taught a lesson in perseverance. At 67 years old, the paraprofessional with the Sylvania Schools special education division proved hard work and determination can pay off.

After taking classes on and off for more than 30 years, he earned a Bachelor of Liberal Studies degree from Bowling Green State University's College of Arts and Sciences on August 4.

It was a lifelong dream in the making, Grace said. He was the oldest of four children, whose parents each worked two jobs to support the family. Despite only having a sixth grade education, his parents instilled in their children that education was the key to success. They made sure their children studied and did their homework nightly.

"All through high school I dreamed of higher education, college or the trades, because I knew there was a payoff for getting more education after high school," Grace said. That message was reinforced in the lessons he learned in Boy Scouts and Junior Achievement.

After high school, he worked a variety of jobs to earn a living and pay his bills. He started college, but at that time, the classes he needed were during the daytime which conflicted with his work schedule, and he needed to work.

His connection to BGSU started in fall 1984; he was a guest student at BGSU, and in 1987 he had his other college credits transferred to enroll at BGSU. Here he found his professors, advisers and class schedules were more accommodating to his schedule and lifestyle. He took one class at a time when he was able. 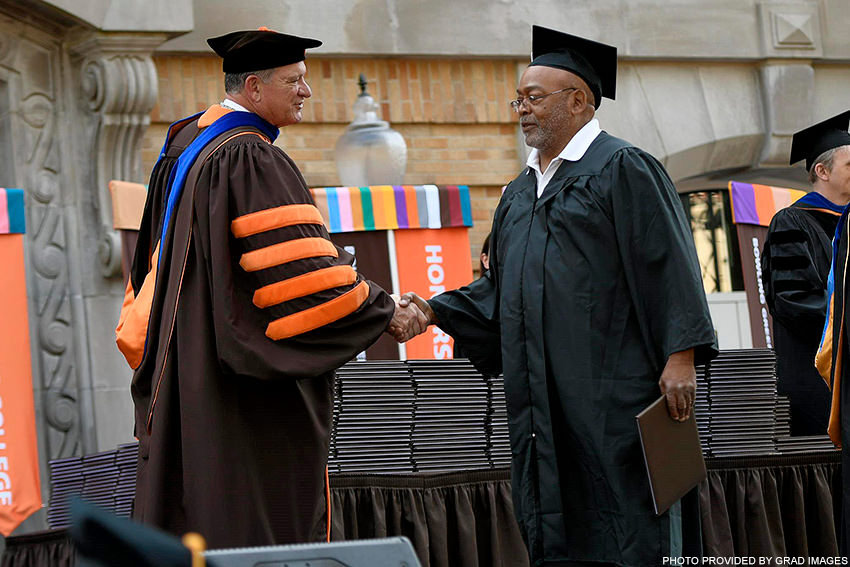 A blessing in disguise happened nearly 16 years ago when he was one of 20 employees who lost their jobs and were escorted out of the gate after they had arrived to work. He was devastated, but quickly landed a job with the Sylvania Schools, which ultimately led him to a career that would become his passion.

He started as a substitute custodian, but was recruited to become a paraprofessional after a conversation with the now-retired director of disability services Elaine Chapman. He doesn't remember the exact conversation, but he must have talked about wanting to earn a degree and his interest in helping students with special needs. The next day, he was scheduled to work as a paraprofessional, helping students who needed assistance in the classroom, cafeteria or getting on and off the bus.

He discovered an immediate connection with these students, whether they were kindergartners or high schoolers.

"I always thought special education would be a great field for me," Grace said. He had family members with special needs and he knew working with this population would be meaningful.

The school calendar also made it easier for him to schedule classes as he continued his path toward a degree, nearly 20 years after he started college. He also decided he preferred the old school style of learning. Though online classes were an option with the Bachelor of Liberal Studies program, he liked the opportunity to interact with faculty, staff and his classmates. Each week he would drive to and from campus to attend classes.

"I guess I'm just the kind of person who appreciates face-to-face interactions, being able to build relationships," he said. "Taking classes on campus also allowed me to meet with my professors before or after class."

His favorite classes were communication and theatre and film, where he could interact with classmates and the instructors. He enjoyed the theatre and film classes, in part, because they reminded him of his teenage years when he and friends or family would spend Sundays after church at the movie theatre.

He said the General Studies Writing classes were his most difficult. In the end, he realized he was his own worst enemy when one of his instructors explained that GSW wasn't any different from writing papers for his other classes.

Grace spent long nights at the University library or Sunday afternoons at his church library, studying, working on homework and preparing for class.

"It's been a great experience at BGSU," Grace said. "Everyone from instructors, staff and advisers were always very helpful, positive and understanding of my situation."

Rachel Flick, his adviser in the College of Arts and Sciences, said Grace was a dedicated and focused student. "He is a very kind man and officially one of my all-time favorite students to work with."

He was just as complimentary about Flick, crediting her with helping him find the right path to finish his degree.

He also never had a problem being the oldest student in his classes.

"Everyone treated me like I was a student, just a part of the class," he said. "They sometimes would talk to me about video games and music, and I didn't have a clue what they were talking about, but I liked that they were willing to engage with me."

The last few years, he has been working with the special needs students at Sylvania Southview High School. There he is helping teach basics: reading and writing.

"I've become attached to the students. They are part of my family and I've grown to love them," he said. "When they graduate, I'm always proud of them."

Now his family — his siblings, son and daughter, and his school family — have reason to be proud of him. With a degree in hand, he plans to apply for other jobs, but knows he will always want to work with students. And when asked if he plans to pursue a master's degree, his response is "Absolutely."