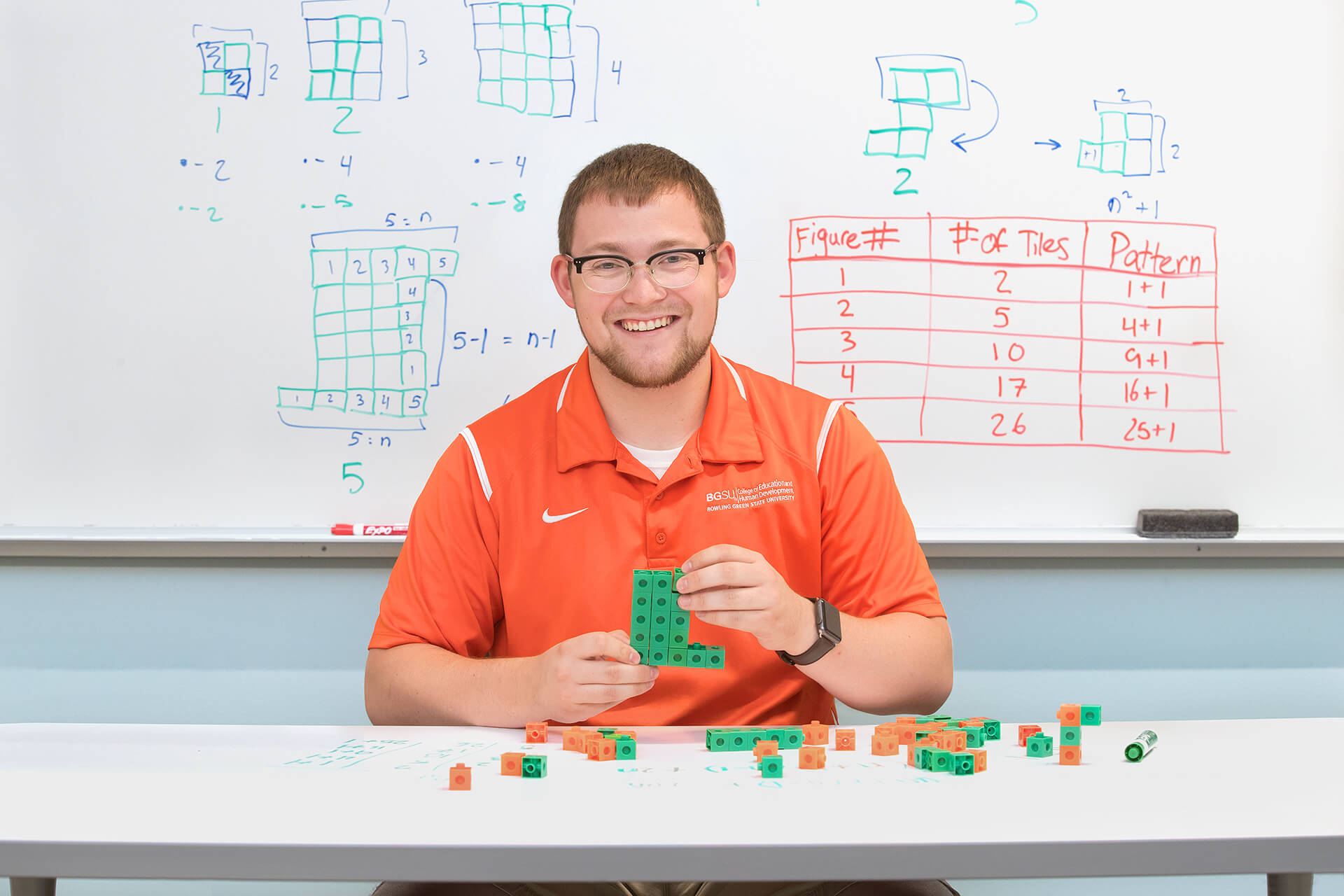 It was in the classrooms of Bowling Green High School that Davis Gerber knew he wanted to be a math teacher.

“I struggled with math initially; I remember working through multiplication tables as a little kid with my mom,” said Gerber, who will graduate from Bowling Green State University on August 4. “But going into my senior year in high school, it all clicked.” 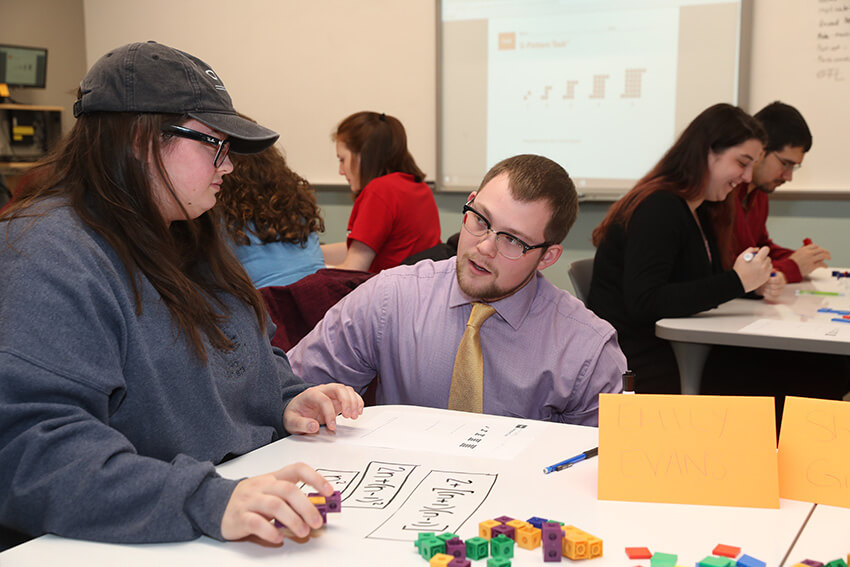 He started helping the friends who sat near him in math class. Seeing their “a-ha” moments when they understood an equation made him realize that this was his future career.

As he prepared for high school graduation, Gerber explored several universities but kept coming back to BGSU.

“I love the Science and Math Education in ACTION program, and just their great education program overall," Gerber said. "They’re one of the top-ranked schools for education, and that meant a lot to me.”

Additionally, a looming teacher shortage in 32 of 50 states promises solid opportunities for employment after graduation.

When Gerber enrolled at BGSU, he got involved right away. He became a Student Ambassadorfor the College of Education and Human Development. He joined the Bowling Green Council of Teachers of Mathematics. He started working with the Math Camp program. 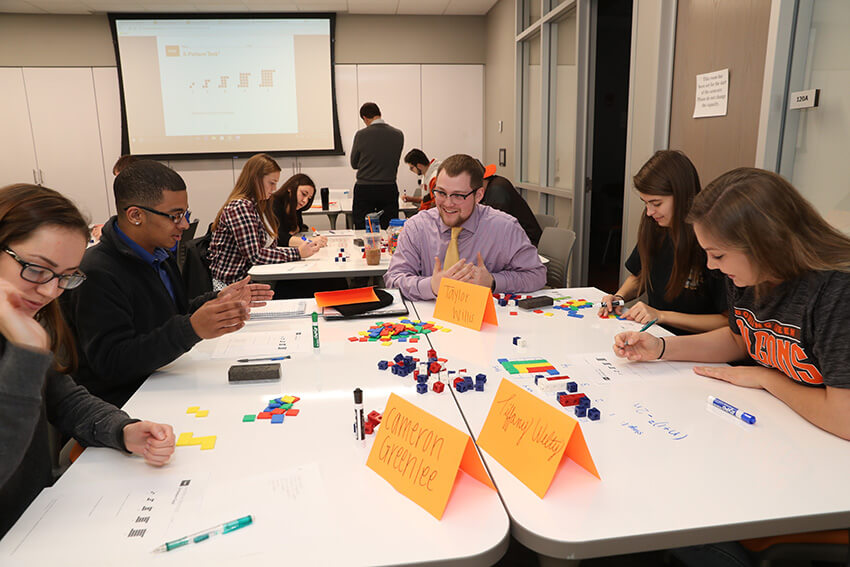 That last choice, Math Camp, had a huge influence on his academic and professional career.

Gabriel Matney, professor in the School of Teaching and Learning, introduced math camps to BGSU. He relied on a small core of students, including Gerber, to help young people improve their math fluency. The age range was broad: first grade to eighth grade. But it helped Gerber hone his teaching skills.

His work with Math Camp led to more opportunities, working with math students in Thailand and China.

Although it’s tough to rank them, Gerber said the Thailand experience was especially influential.

“That was my first time out of the country,” he said. “I was used to working with 40 to 50 students like we did at BGSU, and Dr. Matney, who organized the trip, said to me and Courtney Wilcox, ‘Are you ready to organize a math camp for 200?’”

He did not feel ready, but it turned out to be a richer and deeper experience than he expected — with happy surprises along the way.

One surprise was the universal learning process. Although Thailand had some of the cultural differences he had expected, when it came to teaching he found that young people are remarkably similar regardless of where they call home.

Gerber credited the Frank and Shirley Dick Scholarship with enabling him to travel to Thailand and China. 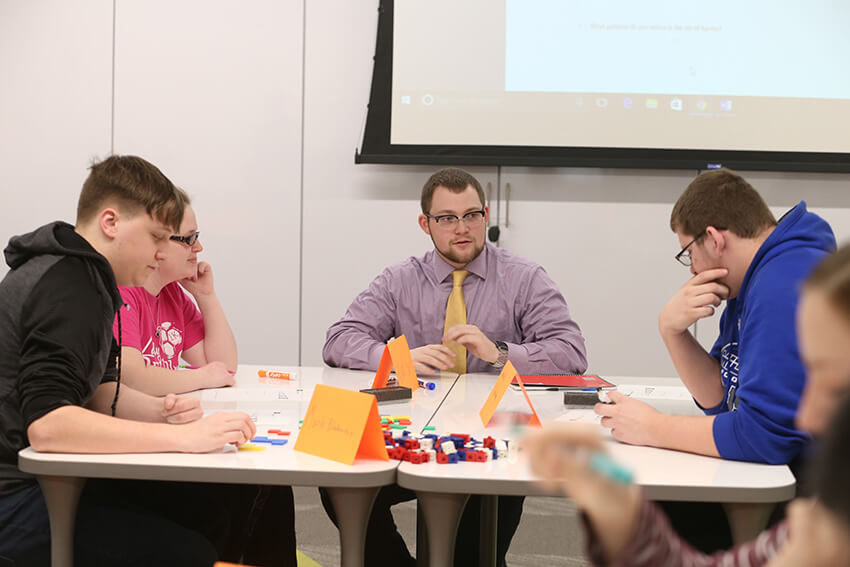 “Earning that scholarship is one of the main reasons I could go abroad,” he said, “and those experiences really helped me learn more about how to teach. I’ve been so fortunate to earn that scholarship and so grateful for what it’s helped me to do as a result.”

He completed his Bachelor of Science in Adolescent/Young Adult Integrated Mathematics Education, then immediately enrolled for a master’s degree in education curriculum and teaching.

Reflecting on his experience at BGSU, Gerber said, “I’ve made a lot of friends and I’ve learned more than I thought I ever could or would. My one piece of advice to incoming freshmen is to get involved and not be afraid of new experiences; that’s why you’re here! I’ve benefited so much from things that I never even thought about before I came here.”

Faculty and staff members have been an integral part of that process.

“Serena Swiecicki in the Office of Educator Preparation and Partnerships was my first boss, and she’s been one of my biggest cheerleaders. Dr. Bostic, who has been a mentor and hired me as a grad assistant, and Dr. Matney, who worked so hard with the students of Math Camp, have taught me what it means to be a leader as well as a math teacher.”

Together, he said, they pushed him to become a better professional. The skills he built with their help will be an advantage in his next venture: a seventh- and eighth-grade math teacher at Campus International School in Cleveland Metropolitan School District. It’s a kindergarten through grade 8 school that emphasizes student inquiry and a global perspective.

New-job jitters are there, as they would be with anyone making the step from college student to employed professional, "but I’m excited about my experience at BGSU and I’m really looking forward to where it will take me.”