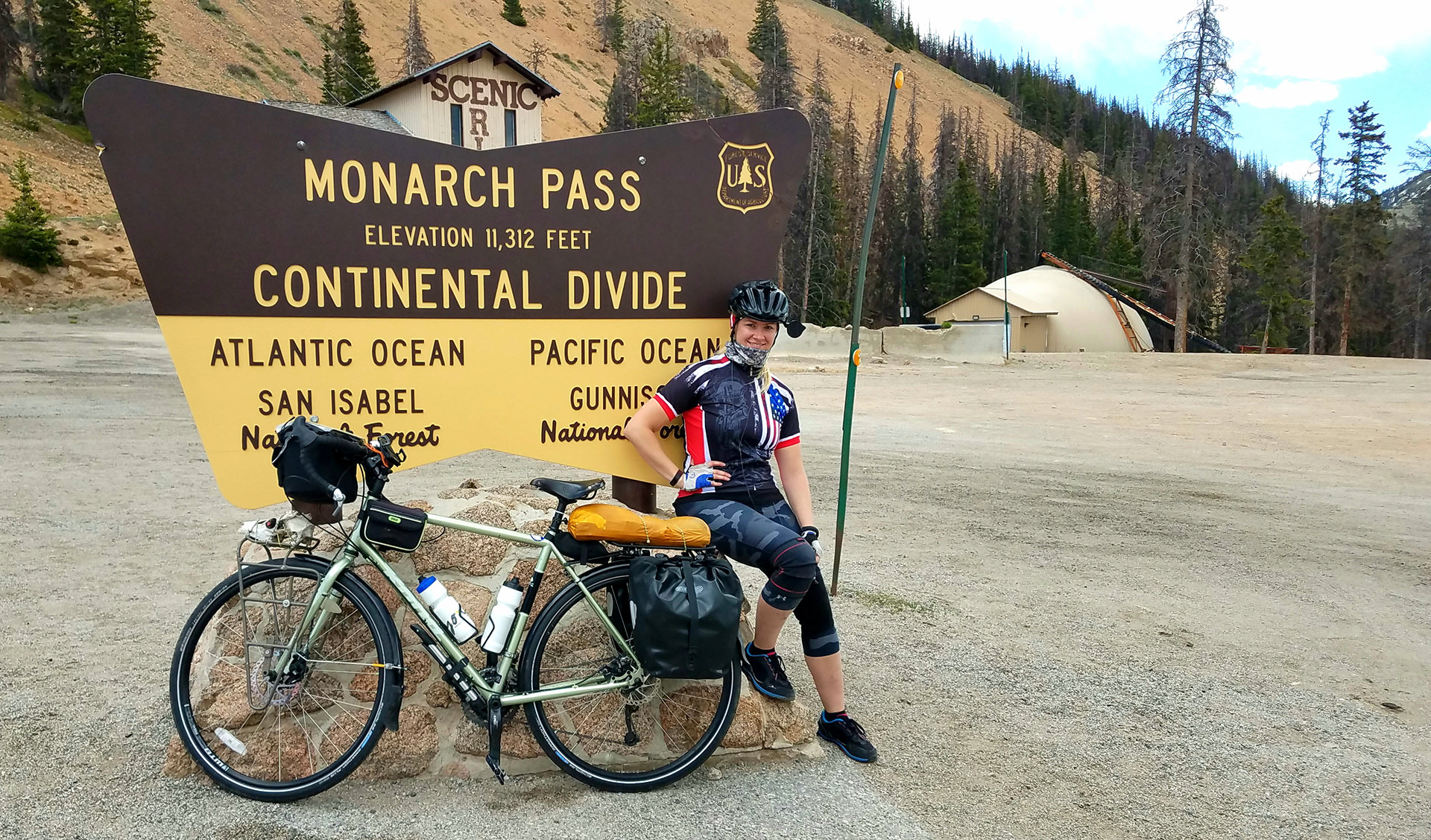 From Sea to Shining Sea 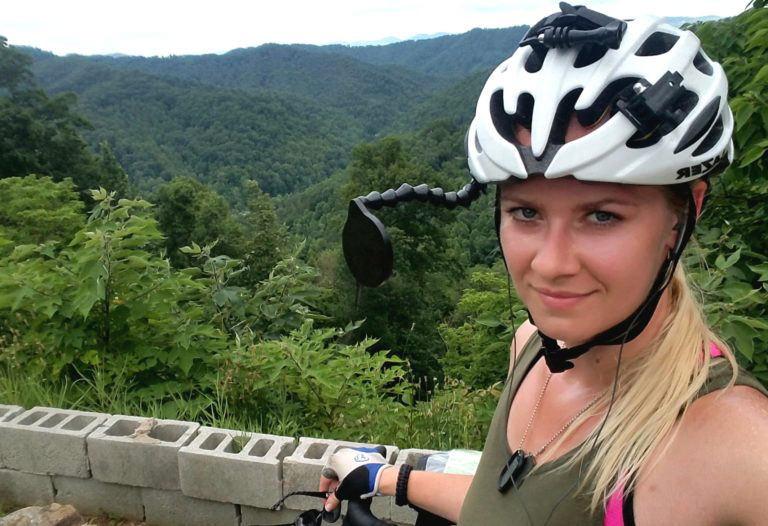 Finish what you started. That’s the sentiment former U.S. Army Sgt. Sarah Lee ’09 lives by, and what she set out to do over the summer.

In May 2017, Lee embarked on a 4,300-mile journey, cycling from coast to coast to raise awareness for her fellow veterans who were victims of post-traumatic stress disorder, or PTSD. She started in Virginia and made it 2,400 miles to the front range of the Rocky Mountains.

Unfortunately, at this point her trip was cut short because she was run off the road by a large truck. Lee tore the ACL ligament in her knee, and had to postpone the rest of her journey.

Ten months later, Lee got back on the road to finish her trip across the country. On June 2, 2018, Lee picked up where she left off, in Pueblo, Colorado, and planned to cycle another 2,000 miles to finish in San Francisco.

Her trip was cut short again briefly in early August when she had to return home to say good-bye to her cat, Kittums, who she had to put down due to cancer. Lee got back on the road after a two-week break and had to dodge the smoke from nearby wildfires in California.

Lee finally finished her journey on September 3, by crossing the Golden Gate Bridge with American Legion riders and fellow veterans escorting her to the end. She admits she was terrified to finish, wondering what would be the next step in her life.

“Something happened to me on that bridge where I felt things weren’t going to be as bad as I thought,” she said. “It was surreal.”

Lee actually rode into the ocean while onlookers applauded and congratulated her for what she accomplished. Some of the people she met on her journey even showed up to see her finish.

“When I walked into the water and felt it rushing around my ankles, I had this incredible rush of feeling everyone we’ve lost, and everyone who supported me. I really felt I did them proud.”

Lee grew up in Norwalk, Ohio, and always wanted to be in the military. With the permission of her parents, she enlisted when she was 17 years old. She was deployed to Iraq, where she served in Operation Iraqi Freedom as a combat engineer. As soon as she returned, she felt lost, like something was missing.

“Once you get out of the military, it’s really hard to fill that hole that is left,” she said. “The camaraderie is second to none and it’s hard to find that in the civilian sector.”

That's when Lee immersed herself into her studies. Her family has four generations of Falcons, so it was easy for her to decide to attend BGSU. She enrolled at nearby BGSU Firelands and embraced the entire college experience. She ended up switching her major several times and had enough classes to graduate with a bachelor's degree in VCT, associate's degree in arts and a minor in business. 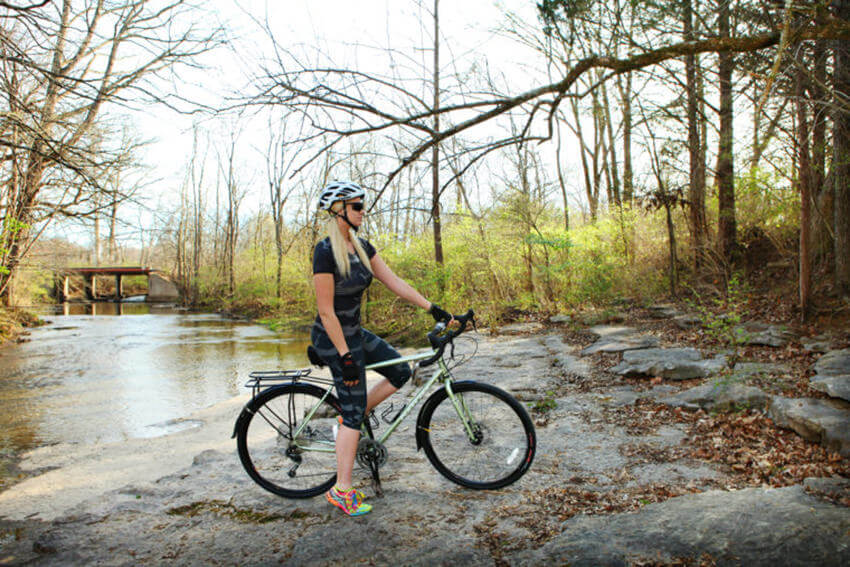 "Even with 18 credit hours, I couldn't stay busy enough," she said.

After her first semester, Lee became president of the Visual Communications Technology Organization (VCTO). She received an award for creative excellence and was the co-founder of the annual VCTO gallery, which she is very proud of. Lee also worked in the writing lab and cherished that one-on-one time with her peers.

“Even though the Firelands campus was smaller and convenient, it was also more personal and I enjoyed the smaller class setting,” she said.

It was also at BGSU Firelands where Lee started her own photography business, which she still runs today from her home in Nashville.

“I discovered photography and really clung to that. It made sense to me,” she said.

Lee’s business kept her going, but she was still dealing with the repercussions of serving in the military.

“You can stay busy for a while at first, but as soon as you slow down, things start to catch up and it really does downward spiral quickly,” she said.

Lee decided she wanted to inspire and unite other veterans who felt the same way she did, and make a real impact. That’s when she came up with the idea to bike from sea to shining sea.

“I really needed this for personal, post-war healing and to honor my friends that I lost in my deployment to Iraq,” she said. “They gave up everything that they had, and so will I.” 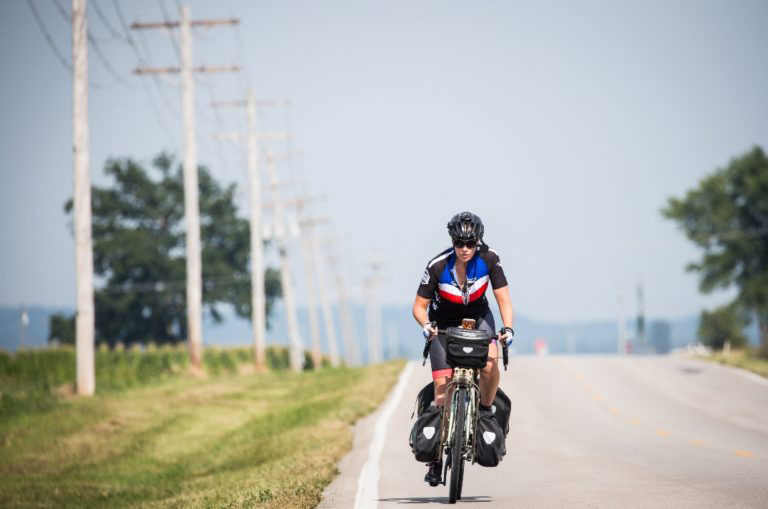 Lee chose cycling because it was easier on her health, it was therapeutic and it was a way for her to meet many veterans like herself. She also discovered the kindness and generosity of people she met.

“I love this country so much,” she said. “I was blown away by all the support and discovered that we’re not as divided as we think we are.”

Lee cycled on a pre-set route through the Adventure Cycling Association called the Western Express. It’s a slightly less-traveled route with many back roads and nearly 90 miles between towns.

“I wanted to make this as challenging as possible,” she said.

Now that Lee is done, she doesn’t plan on stopping her commitment to helping fellow veterans.

“I’m real adamant about making a real difference for my fellow veterans going forward, being a part of the solution,” she said.

She is in the process of creating a veteran outreach program in Nashville that will offer camping, fishing, hiking and cycling outings.

“Nature offers so much healing, and I know first-hand how much it can help, so I want to make that possible for other veterans,” Lee said.