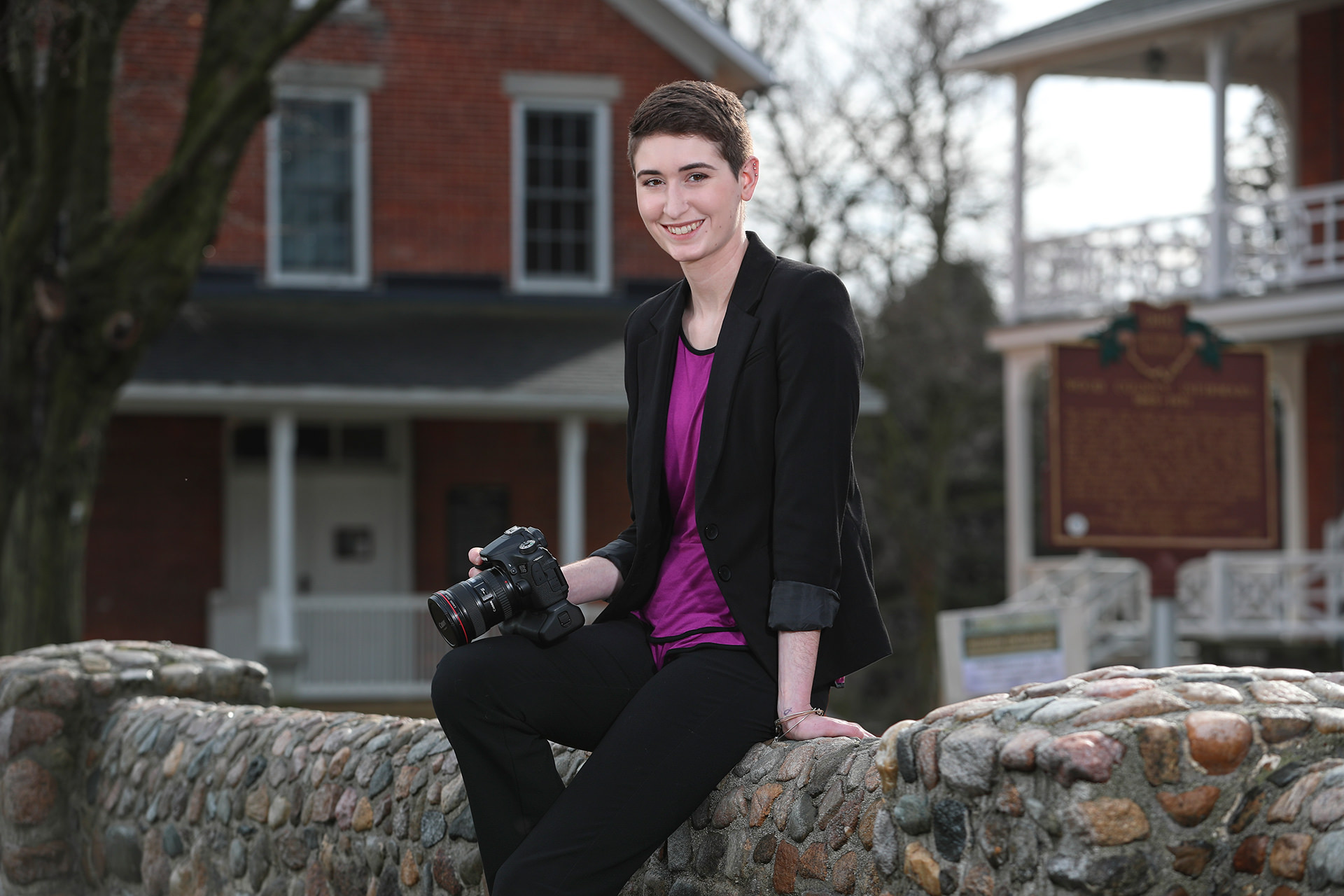 Taylor Houpt has lived in Wood County almost her entire life, but she didn’t really begin to know the ins and outs of it until recently.

The Perrysburg, Ohio, native is working with the Wood County Historical Center and Museum in Bowling Green to document the county’s past, present and future as well as the culture. Since May 2017, she has visited towns, historical landmarks and events, taking photographs to help celebrate Wood County’s 200th anniversary.

The museum will host an exhibit featuring Houpt’s photography as well as archived media starting in February 2020.

“The point of the exhibit is to tell the history and culture of Wood County, so my job is to go around and try to hit every city in the county and take pictures of their landscapes and architectures as well as the people and their events and the traditions of the area,” Houpt said. “The exhibit will be curated to what I’m shooting, along with antique photos. We’re going to connect the dots after everything is shot.

“I was born and raised here, so everything is kind of in my backyard. I think it has helped because I have always loved the area. I’m going to towns I’ve never been to before and I didn’t realize the variety the county had to offer — it’s not just corn and farm fields.”

Houpt, who already holds an Associate of Art from BGSU, is a senior at Bowling Green State University, majoring in Visual Communications Technology (VCT) with a specialization in photography and video.

“The VCT program is wonderful,” she said. “I’ve learned a ton being in it. I feel like it’s fast-paced and it’s challenging, which is really good for me. I also shoot a lot on my own time. I always have my camera with me because you never know when you’re going to be in the right place at the right time or when the lighting is going to be perfect.”

Her work with the museum ended up being an independent study for one semester so she could get class credit for her work.

“Because it’s such a long project, I couldn’t have it for like four semesters, so we really focused on one semester,” said Houpt, who was mentored by VCT Senior Lecturer Jeff Hall. “He and I worked together that semester, but it’s still an ongoing project.”

She will work with Holly Hartlerode, the curator at the museum, until the exhibit is ready in 2020.

“Holly was looking for a student who would want to document the county using photographs and Jeff knew I’d be interested as well as a good fit,” Houpt said. “Holly and I met the following day and I showed her my portfolio and we decided we would be a good match and something we’re both passionate about.”

Passion was a driving force for Houpt, who originally BGSU because of the reputation of the VCT program, and it was close to her hometown.

“I am really close to my family and I wanted to stay close to home,” she said. “BGSU is the perfect fit for me. The co-op opportunities they have in the VCT program made it very attractive as well.”

For her first co-op, Houpt worked for Vitakraft Sun Seed in Weston, Ohio. She was a photographer and videographer for two semesters and ended up staying on an additional semester because she liked working there so much.

This summer, Houpt will be a video intern with Swatch Studios in Toledo. Her responsibilities will include shooting wedding films and editing. She also will work as part of the production team at Arc Storytellers, a company that produces commercial video content and owned and operated by Falcon Flames — and alumni of the VCT program at BGSU — Brooks Clayton and Diana Clayton.

Experiential learning opportunities has helped Houpt hone what she eventually wants to do for a career.

“I’m really passionate about visual communication so I want to work in the industry,” she said. “Ultimately, I want to work somewhere where I can utilize my skills as well as develop them. I think it’s really important for me to be able to tell stories through my photographs, whether that’s a brand’s story or someone’s personal story.”