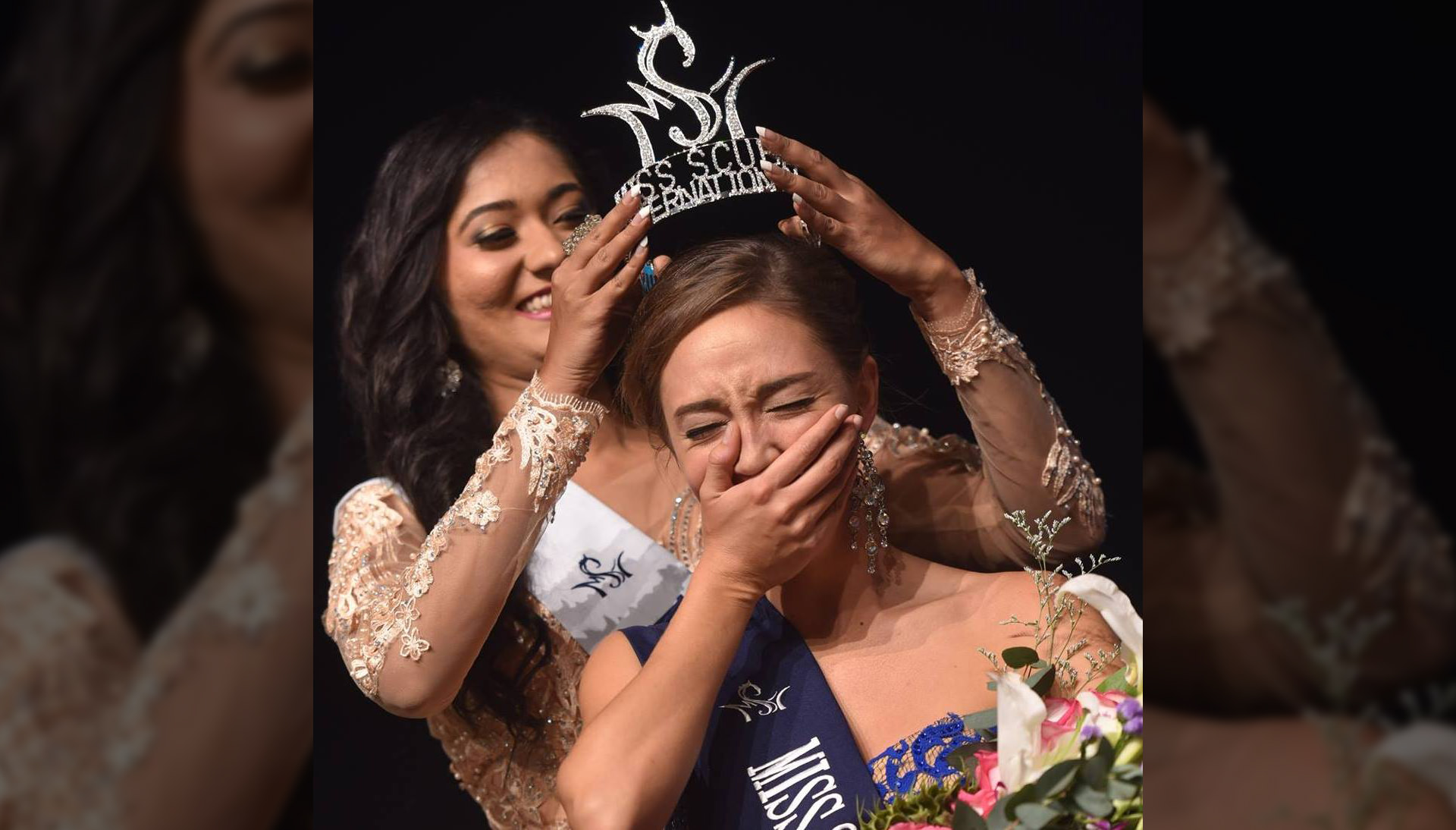 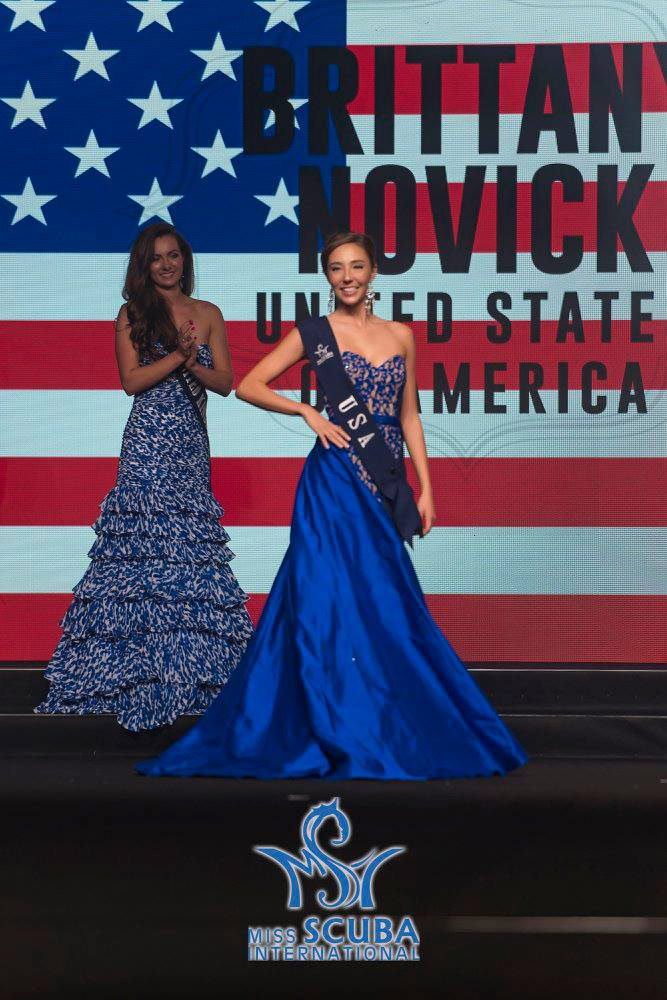 Growing up seven hours from the closest ocean didn't hinder Brittany Novick's dream of being a marine biologist. At 11 years old, the Bowling Green State University alumna set her sights on conservation and has never looked back. Her most recent accomplishments in the field include being named Miss Scuba International, which allows her to take her passion to the next level.

"I wanted to study marine biology ever since I was a little kid," said the 2013 graduate. "After watching a program about this group of people who were restoring coral reefs and protecting those newly restored reefs, I was absolutely awestruck. From that moment on, I knew I wanted to study the oceans in order to protect them."

Novick made the move from Columbia Station, Ohio, to Bowling Green, which is even farther from the ocean, because the University "had the best marine biology program in the state and the surrounding area."

"I actually got accepted and enrolled in BGSU before I even visited," she said. "After visiting other college campuses, I came to find that BGSU was where I belonged and I would not have chosen any other university. It instantly felt like home."

After graduating in 2013 with a bachelor's degree in biology with a specialization in marine and aquatic biology, Novick moved to San Diego for an Animal Care and Training internship with the U.S. Navy Marine Mammal Program. She then worked in the aquarium department at SeaWorld before taking a research technician position with the National Marine Mammal Foundation, where she is working now. Her other positions have included working on the Animal Rescue team at SeaWorld and completing an internship with the Hubbs Research Institute of Oceanography.

In the midst of these fulfilling career experiences, Novick learned about Scuba Queen USA, a pageant with a focus on ocean conservation and scuba diving.

"Pageants are not something I have ever really tried before, but I figured it would go for it," she said. "What did I have to lose?"

After an application process, Novick was named Scuba Queen USA. In this role she has presented on ocean conservation and women in diving at various aquariums and conferences.

Novick also represented the United States at the Miss Scuba International pageant, which was held in Malaysia in November. 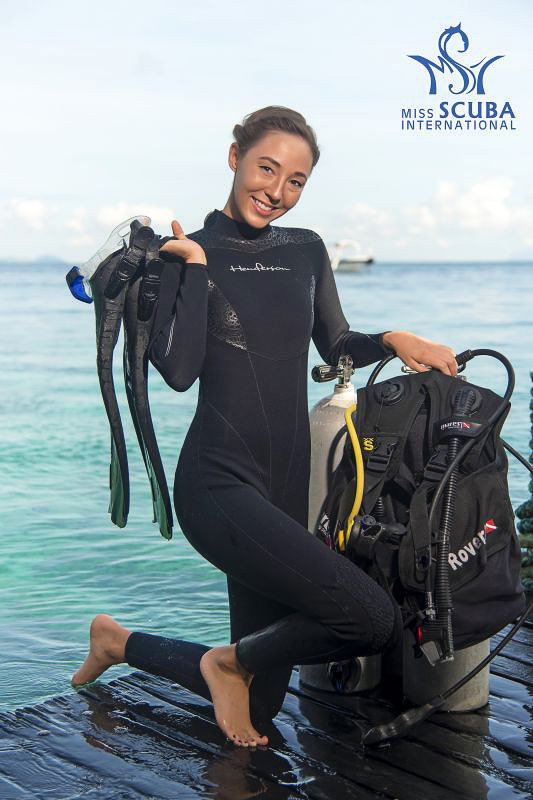 "It was an incredible experience: the traveling, the beauty of Malaysia, all of it. But honestly my favorite part was meeting a bunch of beautiful women from all around the world who came from all walks of life and care for the oceans as much as I do," she said. "The passion of all these women and being able to discuss topics and issues around the world and how we plan to take action on those issues left me so inspired that at the end of the day, I didn't even care if I won the pageant or not. I got what I went for, to get inspired and to learn from a bunch of people from all over the world."

While in Malaysia, Novick also did some diving and participated in presentations and discussions with World Wildlife Fund Malaysia and Manta Trust from Thailand, among others – before being named Miss Scuba International.

"It still hasn't really sunk in yet. When my name was called for the top five, I remember thinking, 'Wow! Top five, what an accomplishment; everyone back home will be so proud,'" she said. "When they announced that I had won, I didn't even have tears; I was just absolutely floored at what was happening. It didn't even feel real.

"It has been nothing short of an absolute dream. I have gained access to a wider, international platform to talk about what I feel is most important, preserving our oceans for future generations and inspiring young women to enter fields of science, technology, engineering and mathematics. I want to encourage young girls that they can be pretty and pretty smart, that they can make the difference and stand up for what they believe in no matter where they live and that they can be a scientist or an engineer or an astronaut and still find time to do things they enjoy."

Miss Scuba International aligns well with Novick's professional focus on conservation. As a member of the National Marine Mammal Foundation Veterinary Research team, she does a lot of work with dolphins to assess the health of wild populations.

"Our big project currently is looking into how the Deepwater Horizon oil spill of 2010 is still affecting the local dolphin populations," she said. "I also work with the education and outreach team, so we travel all around San Diego to talk to people about the oceans and about marine mammals. We do anything from education events to visiting school classrooms, all the way up to working directly with the San Diego Girl Scouts."

The foundation recently created a curriculum so that girls can earn patches for various science, technology, engineering and math topics. There is a patch associated with the prevention of plastics in oceans and a patch matched with curriculum about endangered species, for example.

"My motto is Connections Create Conservationists and it just takes one passionate, enthusiastic person to spark that interest in a little kid or a young adult," Novick said. "I hope to be the igniter of that spark inside just one person like those marine biologists on TV once did for me."

While at BGSU, Novick was involved in the Marine Biology Association and was the water quality manager for the BGSU Marine Lab. In addition to participating in frequent laboratory tours and school group education programs with the herpetology and marine labs, she was also part of the Honors Student Association and the University Dance Alliance, was a research assistant and a Toledo Zoo and Aquarium intern.

"BGSU truly gave me unparalleled experience," she said. "I have, to this day, never met anyone who left their university with experiences provided to them like the ones that I had provided to me at BGSU.

"BGSU prepared me for the competitive field of marine and aquatic biology and my academic adviser, my laboratory mentors and my professors all played a key role in that. BGSU was home to me and gave me the confidence to venture all the way out to San Diego to pursue my dreams."