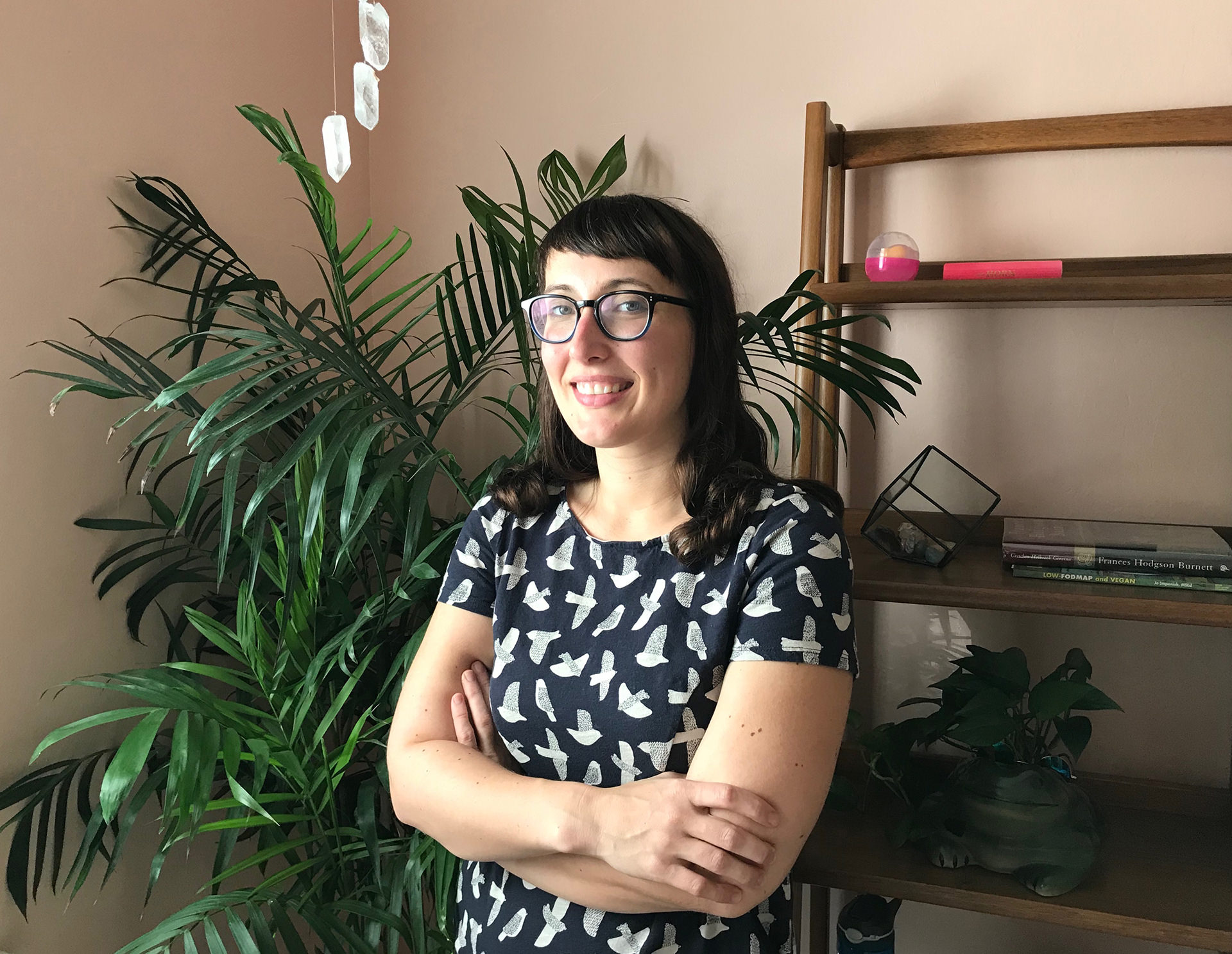 Growing up in Illinois, Geneva Hodgson '10 loved watching and drawing cartoons, but didn't know anyone who created cartoons. Because she didn't know a path that would take her to a cartoon career, she opted to study art education instead.

At Bowling Green State University, she received a strong foundation in art, general education, art education, art history and studio. But when she realized an art education career was not for her, some School of Art faculty members convinced her to find her own way into the cartoon industry.

Today, she is a storyboard artist at Cartoon Network, and deeply involved in the production of the new series "OK, K.O. Let's Be Heroes."

A self-confessed TV junkie, Hodgson spent hours watching "Ren and Stimpy," "Rocko's Modern Life" and "The Simpsons," and dreamed of being an animator.

"I always loved cartoons and loved drawing," Hodgson said. "I remember lining up My Little Pony toys and drawing them. I was fascinated when I realized I couldn't see all of their legs from a side angle, or how Mickey Mouse's glove connected around his arm.

"Somewhere along the way though, I lost confidence about pursuing that as a career," she admitted.

Her last semester of school is when Charlie Kanwischer, her landscape drawing professor at the time, Katerina Ruëdi Ray, then school of art director, and Dominic Catalano, former faculty member, encouraged her to follow her heart.

"Charlie taught landscape painting, but he allowed me to integrate Looney Toons-inspired ideas into my work," Hodgson said. "I was really fortunate to have teachers who encouraged me to go off the beaten path and to get what I wanted out of my education."

After she graduated, she was hired as an intern at Ohio Art thanks to the support of an alumna who previously had interned there. She also worked a second job that she got thanks to Kanwischer's connections.

She worked hard, continued to make her own comics and drawings that she posted online and talked to others who were making interesting work online.

By the time she earned enough money for the move, she was well connected and able to pick up freelance jobs. She collaborated on an indie video game, helping to create the concept, write, and design characters.

"That opened up possibilities to me," she said, "but even though it's very satisfying and fun, I know my main love is cartoons.

"It's a really hard job because you need a million different skills, and most of them require that you understand the cartoon world."

"I'm a huge nerd, a perfectionist and a fast learner," she said about her early success at Cartoon Network. Before "OK K.O." she worked on Cartoon Network's Teen Titans.

"I'm not the best draftsman, but I can draw and know it looks cute and fun. I also have a sense of humor, which is important in cartoons. "

She also has proved she is comfortable taking risks, which is important to be able to "throw yourself out there," pitching ideas and jokes, she said.

As a storyboard artist for the Cartoon Network series, there is a lot of writing involved, as well as sketching what happens, creating dialogue and drawing rough versions of poses.

"There are a lot of creative decisions to make," she said.

The show revolves around K.O., a young wannabe hero who lives in a world populated by superheroes, who fight robots from a despicable factory called Boxmore.

The artistic team for "OK K.O." includes seven other storyboarders, who work in sub teams for different episodes. Each episode takes a long time from start to finish, including outlines, dialogues, rough drafts and cleaning up before sending on to animators. "Animation is an incredibly collaborative process," she said.

"The show is kind of crazy, with episodes that are off the wall, really funny but some are more story-focused." Calling it a "truly cartoony show," Hodgson said that the design of the characters is intentionally fluid. From scene to scene or shot to shot, the characters can look different; you can always see the human hand" in the characters.