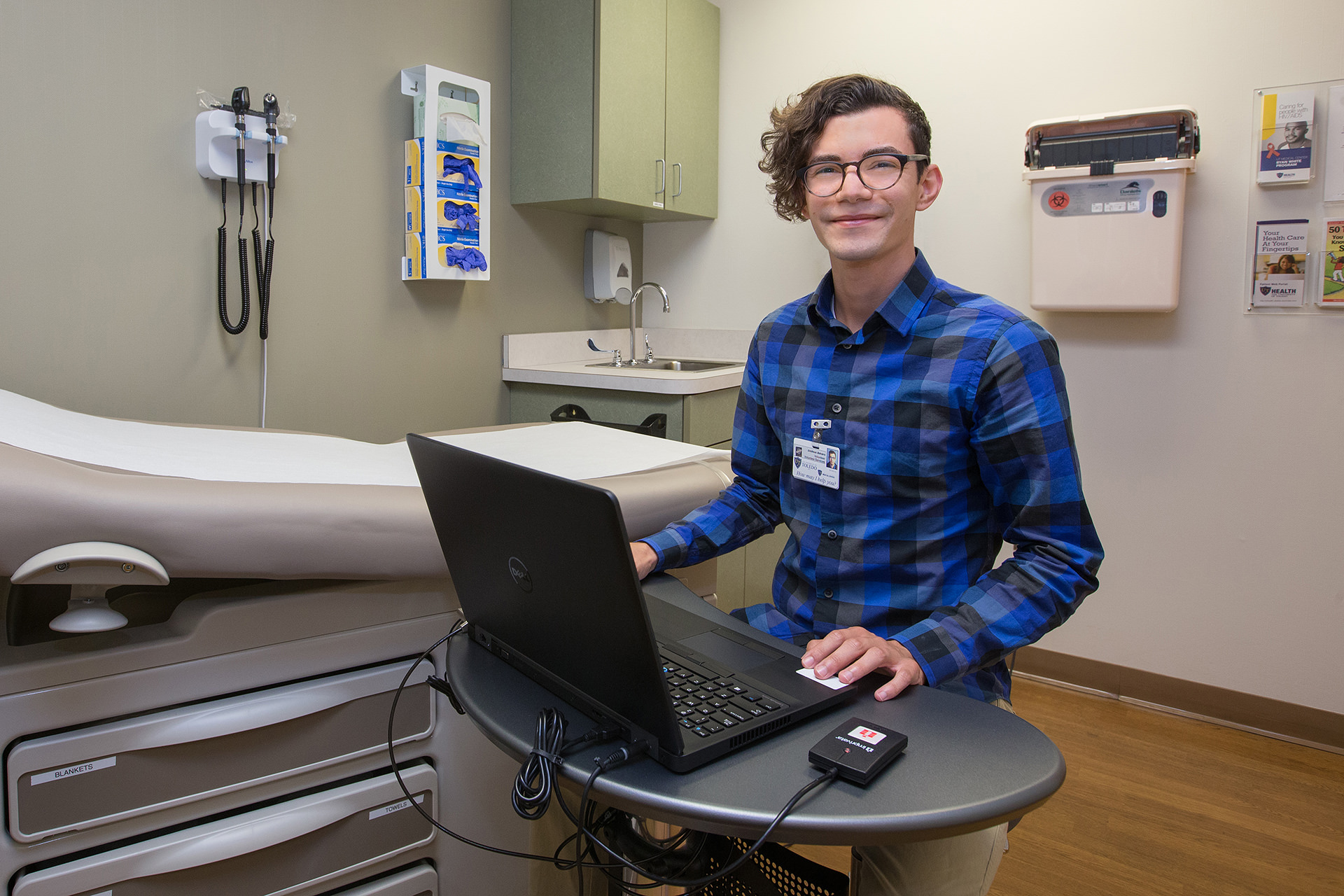 Not every student knows exactly what they want to do before arriving at Bowling Green State University. Sometimes, it takes a while to find your true calling.

Joshua Amaro started out as a music performance major and bounced around for about two years in the College of Musical Arts.

Now, Amaro is graduating with a Bachelor of Science in Social Work from BGSU’s College of Health and Human Services.

“I didn’t actually start the social work program until my junior year,” Amaro said. “I actually came here as a music performance major because a lot of my teachers back in Akron went here too and they thought BGSU would be a good fit for me as far as the music environment, and it was. But it just didn’t work out because social work kind of caught my eye.”

There were a couple of different reasons that Amaro took a strong interest in social work.

“I really had no idea there was an entire career solely dedicated toward helping people,” he said. “But the thing that was really attractive for social work to me was that there’s a lot of different aspects to the profession itself. Of course, helping people in their psychosocial needs, but there could also be a research aspect to it as well. That’s something that really interests me because I love doing research.

“Also, I love that I can go further with social work by getting my Ph.D. and teaching at the collegiate level and then advocating for stronger students, social workers and professionals in the future.”

Amaro is just finishing up his second internship at the University of Toledo Medical Center’s Ryan White Clinic.

“The Ryan White Clinic treats people living with HIV, and it’s probably the best experience I’ve had my entire college career,” he said. “I am very interested in advocating for poor people who are living with HIV and also working with them and being part of their treatment. In a lot of ways, it’s a good fit for me and it has provided even more education for me outside of the classroom.”

In the classroom, Amaro was impressed with the faculty working in the social work program.

“The professors are all amazing, all very knowledgeable in all that they do,” he said. “They all have very specific niches, whereas one professor is very oriented on mental health and mental health diagnosis and another professor may be interested in human development, which is very important in social work practice. It’s a wide range of knowledge between one professor and another, which exposes students to a variety of disciplines.”

Amaro, who plans to move to Minnesota, currently is job hunting, and believes the real-world practice at his internship and as well as the practical scenarios he was put through at BGSU will help him land his first social work job.

Amaro credits Dr. Peggy Adams, lecturer of social work, for shepherding him through the program, and being there for him and other students every step of the way.

“She’s the field director of the social work program, and she’s essentially with social work students from beginning to end,” Amaro said. “She’s usually your academic adviser in the program as well, so she’s managing your progress as you go along and she’s the last person you basically see as you walk the stage because she’s usually at commencement too.

“Dr. Adams is super helpful. She’ll do anything for you at the drop of a hat. She’s an amazing woman, instructor, teacher and social worker. I can’t recommend her enough.”