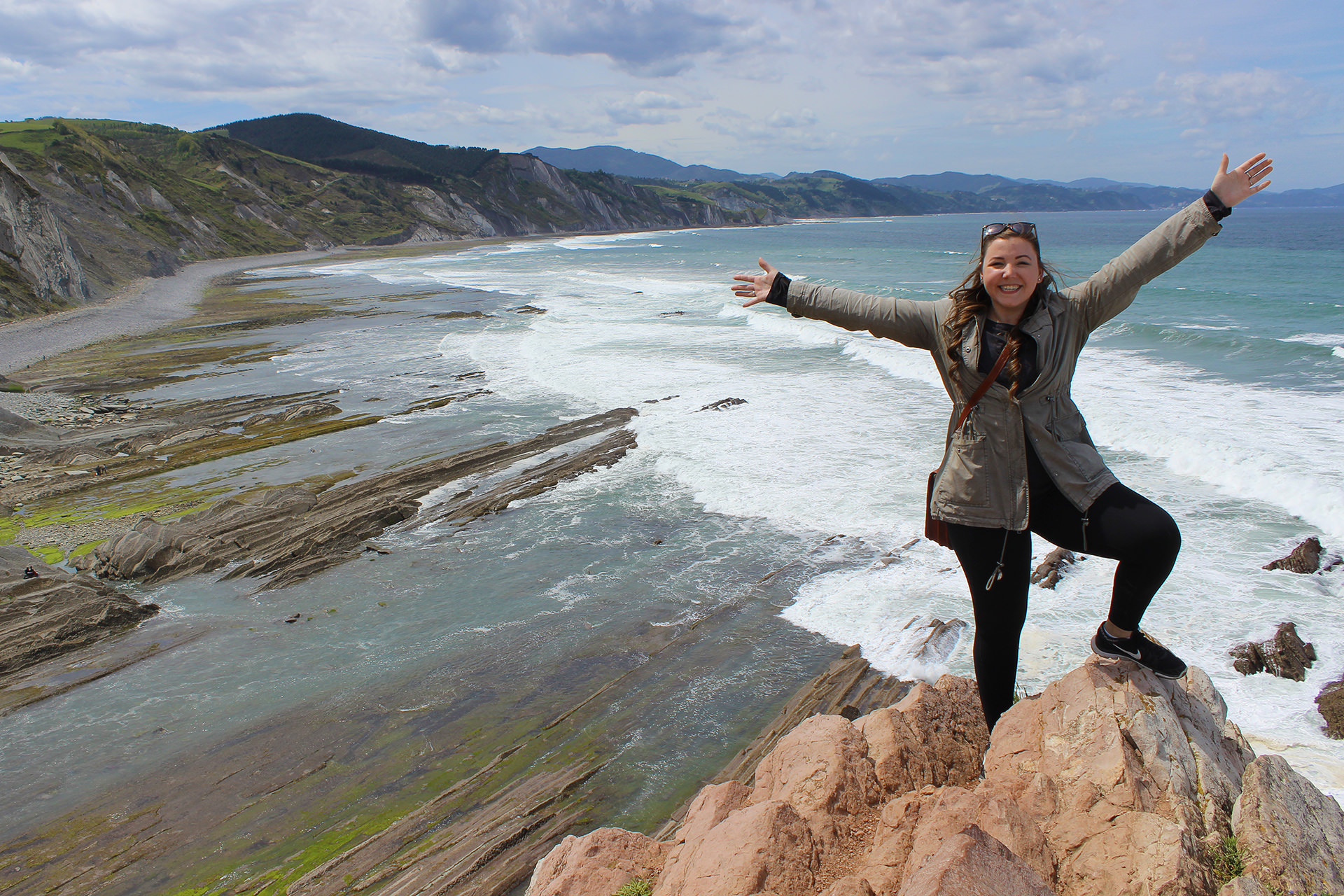 Andrea Danziger plans to put her BGSU education to work at the U.S. Department of State

When Andrea Danziger chose to attend Bowling Green State University, she was just discovering the field of political science. Now, as she graduates as a member of the Class of 2017, she is leaving the University with aspirations of working for the U.S. Department of State as a foreign service officer.

A member of the Honors College, Danziger double-majored in political science and German and minored in Philosophy, Politics, Economics and Law (PPEL) while earning a 3.9 grade point average.

“BGSU was an all-around good fit for me,” said Danziger, who is from Mason, Ohio, north of Cincinnati. “It wasn’t too far from home and I received really generous scholarships from BGSU.”

Before Danziger arrived at the University, she had an inkling she wanted to study political science because she had so enjoyed argumentative writing and learning about politics in high school. The more she discovered about BGSU’s political science program, the more she became interested in international affairs.

As she entered her third year of college, she realized she had enough credits to graduate the following spring because she had earned several credits while taking AP courses in high school.

“I decided to use my final year of my scholarship to pursue something completely different,” said Danziger, who studied at the BGSU Salzburg Program in Austria. “Knowing I’d always wanted to study abroad if I had the chance, I looked into a German major because I lived in Germany with my family when I was a kid. It turned out I could complete the whole German major in a year of studying abroad if I took a couple of classes the semester leading up to my departure. At the end of my junior year, I basically had the political science major and PPEL minor done so I spent my senior year just studying German while abroad.”

Danziger, who said her dream job is to work for the Department of State in international affairs with a focus in political affairs, spent the summer of 2016 as an intern working at the U.S. Consulate in Munich, Germany.

“I want to be a foreign service officer — that’s the end goal — but the average age for entering foreign service is 28 to 30, so it’s important to gain valuable experience in the meantime,” she said. “I’ve applied and interviewed with the Peace Corps, and I am waiting to hear back from them to see if I’ll be serving in Mongolia next year. I’ll know that by December.”

Danziger believes she is well-prepared for her chosen career field because of BGSU.

“I think Bowling Green gave me so many opportunities, and over the course of four years coalesced into this monstrous pile of experience that I can draw from in the future”

“All of the professors I had in the political science department have been super helpful, particularly the department chair, Dr. Neil Englehart,” she said. “He gave me the opportunity to be a research assistant on his project that looks at human rights violations committed by non-state armed groups.

“I spent a year working on that project with him, which gave me a really good edge into learning about how international affairs are reported. I really think working with him, along with being involved in Model United Nations and Model European Union, helped me get the internship I had at the U.S. Department of State.”

While at BGSU, Danziger was a recipient of the Stuart R. Givens Memorial Fellowship and the Hoskins Global Scholarship.

“As a PPEL minor, we talked a lot about the displacement of people around the world,” she said. “I was really interested in trying to get a hands-on or a person-to-person experience that had to do with refugees, so that led me to apply for both of those grants.”

For the Givens fellowship (a cash grant of up to $6,000 to support a student-designed project) Danziger proposed to go to Berlin and Dresden, Germany, and Budapest, Hungary.

“I wanted to go to Berlin and Dresden because they’re in Germany, which was central to the refugee crisis and welcoming quite a lot of refugees,” she said. “I wanted to to see how German communities were impacted and also I wanted to see the difference between the United States and Germany in how the the citizens went about welcoming refugees. I worked with a couple of NGOs (nongovernmental organizations) and went to a lot of different events that were aimed at welcoming refugees into society.

“I also went to Budapest because Hungary was struggling with welcoming refugees. They basically put up a razor-wire fence at their borders and said no. I was interested in seeing how the people there felt about the crisis or if it was just a government stance, for a comparison.”

Her work with the Hoskins Global Scholars program is still ongoing because she hasn’t yet exhausted the funds ($5,000 for a semester-long study abroad experience).

“I spent time in February working on a Greek island in a refugee camp,” she said of her Hoskins project. “I had seen the end of the process such with refugees settling in Germany, so I wanted to go further up the line to see how people who just got off a boat adapted to their new surroundings. Everything is new and people are just trying to survive and adjust to their situation — you have all sorts of culture clashes because there are refugees from different parts of the world living in a four-acre camp. Hopefully, I am going back to that same camp later this year to finish the project.”

For her Honors project, Danziger published a research paper, "Fleeing War, Fighting Xenophobia,” on the legal differences between the German and American asylum systems.

“The experience I had abroad really helped me know what to focus on in my Honors paper,” she said.

It was her cumulative experiences at BGSU that have given her a head start on achieving her dreams, Danziger said.

“I think Bowling Green gave me so many opportunities, and over the course of four years coalesced into this monstrous pile of experience that I can draw from in the future,” she said. “I think that’s better than having just one amazing experience. I had four years of wonderful experiences that have stacked up into this big pile that I can take with me as I move forward with the rest of my life.”