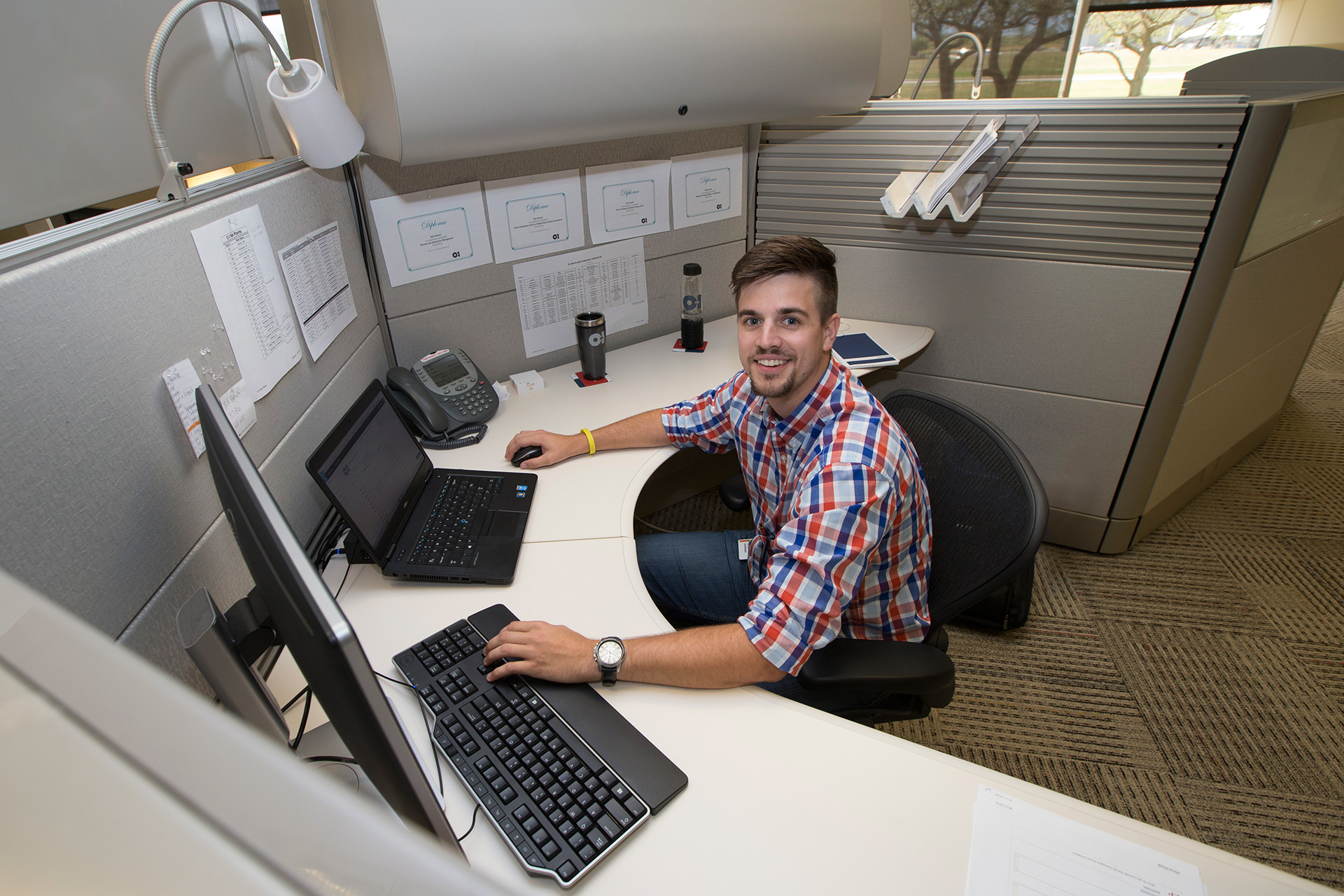 2017 Success Stories: Business of the world

When Rob Everard enrolled at Bowling Green State University as a graduate of Chelsea High School near Ann Arbor, Michigan, he already knew he wanted to study abroad. The wide scope of international opportunities, along with the strong business program, convinced him that BGSU was his first choice.

Economics had interested him in high school, so he chose it as his major. But then he learned about the University’s supply chain management program.

“The College of Business Administration (CBA) appealed to me because of the study abroad opportunities and the diverse classes offered.”

“The College of Business Administration (CBA) appealed to me because of the study abroad opportunities and the diverse classes offered,” Everard said. “After going online to research what supply chain management was, I became extremely interested in it and wanted to pursue it further.”

It intrigued him so much that he added it as a dual major. Two professors in the supply chain management program, Karen Eboch and Janet Hartley, Ph.D., were particular factors in his success.

“They have helped me personally, and I appreciate their continued mentorship and guidance,” Everard said.

The support he found from BGSU faculty was not unusual.

“I hear stories like this from all across the CBA about students developing fantastic relationships with professors and staff that have helped the students succeed in and out of the classroom,” Everard said. “The best thing about the CBA is a faculty that is invested in students; not just their academics, but their lives as a whole.”

In January, Everard’s goal to include international experience in his education became a reality when he left to spend a semester in Nantes, France. BGSU has a long-standing partnership there with Audencia Business School, which is one of Europe’s leading business schools.

Everard’s time in Nantes has enabled him to enhance his skills in working with people from diverse cultures.

“While we all have our differences, we are all just college students trying to figure out life,” he said. “The most refreshing part of my trip is learning how similar people are, even though we are from every continent.”

Audencia’s academic schedule, which includes a longer spring break than American universities, has enabled Everard to experience more European culture than just what the school’s Nantes campus offers. So far, he has traveled to Italy, the Netherlands, Portugal and Ireland.

“It is very hard to choose the most interesting place, as each one has its own culture and experiences, which are extremely cool to be immersed in,” he said. However, he is planning a return trip to Italy.

Education abroad is an opportunity that intimidates some students and families. One of the first concerns is often the increased cost of living outside the United States for a few weeks or months. Everard credits generous scholarships that have subsidized much of his education, including a President’s Leadership Academy scholarship and a Primrose Family Scholarship. His semester abroad was financed by income from an Owens-Illinois internship he completed, along with support from his family.

Even if a full semester isn’t possible, Everard said a short time in another country is still an incredible opportunity.

“The experiences are once in a lifetime,” he said, “and even if you don’t want to miss a semester, there are summer opportunities that are just a few weeks. Any way you can fit it into your college career, I would recommend it 100 percent.”

Everard’s European experience is not without some personal sacrifice. Because of his final exam schedule in Nantes, he missed BGSU commencement ceremonies. But when he returns to the United States in late May, a job is already waiting for him at Owens-Illinois in Perrysburg.