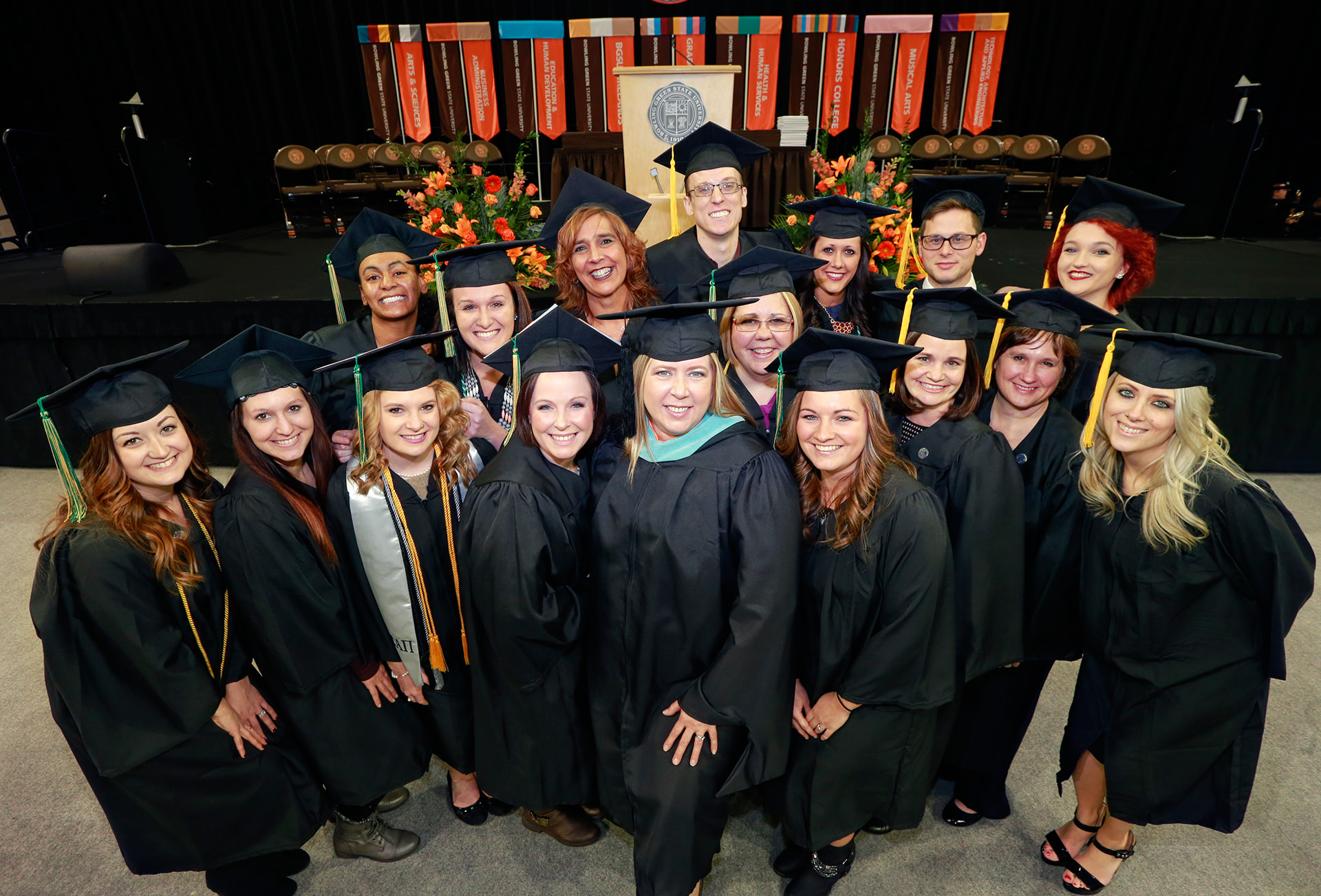 “Do as I say, not as I do,” is an axiom that Bowling Green State University Firelands College Director of Clinical Education for Respiratory Care Technology Carol Puder has scoffed at for the last several years.

As an educator, Puder flipped the proverbial script in 2014 when she decided to enhance her education by enrolling in BGSU’s master’s degree program in education for classroom technology. The teacher became the student and Puder found herself studying right alongside her respiratory care students.

Puder’s path to a master’s degree in education has been a crooked journey. She began her education at The Ohio State University in the respiratory care program and after graduation worked as a practitioner at Mansfield General Hospital. During her five year career at the hospital, however, she was also afforded the opportunity to supervise students while they completed their clinical training.

“I really enjoyed working in the medical environment, but interacting with the students was even more rewarding,” said Puder, a New London, Ohio, resident and mother of two.

“We do some education with our patients, but sharing my knowledge with students is at a much deeper level. Seeing the students grow is very satisfying,” said Puder.

Pursuing her desire to teach, Puder accepted a position at BGSU Firelands in 1995 as the director clinical of education for the respiratory care technology program. In that role, she works primarily with students seeking an associate degree in respiratory care, but also helps bachelor's degree students in their entry level courses.

“I had no regrets in the change of careers,” said Puder. “I’m still in a hospital environment and now I focus the majority of my energy on helping students succeed. It’s the best of both worlds."

With the goal of expanding her role as an educator, Puder enrolled in the master’s degree program at BGSU and earned her degree on Dec. 18. For Puder, the teacher becoming the student has been an eye-opening experience.

“It’s really changed my perspective on being an educator. Being a student again has allowed me to realize my short-comings as a teacher,” said Puder.

According to Puder, the experience has revealed that at times she does not provide enough detail in her instruction, especially in on-line courses. She also gained a better understanding of the challenges that students face on a daily basis.

“It was easy to relate to Carol as a student,” said Jerica Spears, who earned an associate degree in respiratory care technology Dec. 18, graduating alongside her instructor Puder.

Spears and Puder both faced the same challenges. As students, both worked full-time and have two children. “Her experiences as a student are similar to mine and I think that makes her more personable and accessible as an instructor,” added Spears.

James Graves, another December graduate of the respiratory care technology program, agreed that it was a benefit for her to have the dual role of educator and student.

“She was able to assume a student’s mentality and that made her a better teacher. She more clearly understood what our needs were as students and she could respond more appropriately,” said Graves.

According to Graves, the relationship as fellow students went deeper than just improved classroom instruction.

“When I saw the graduation countdown on her Facebook page, at first I thought she was just being supportive of her students, then I smiled when I realized the countdown was for her graduation too,” said Graves.

Like most students, Puder’s excitement for graduation built up to the noteworthy night.

“Having my students there made the night even more meaningful,” said Puder. “Their energy is infectious and, in part, I credit them for the successful completion of my degree.”