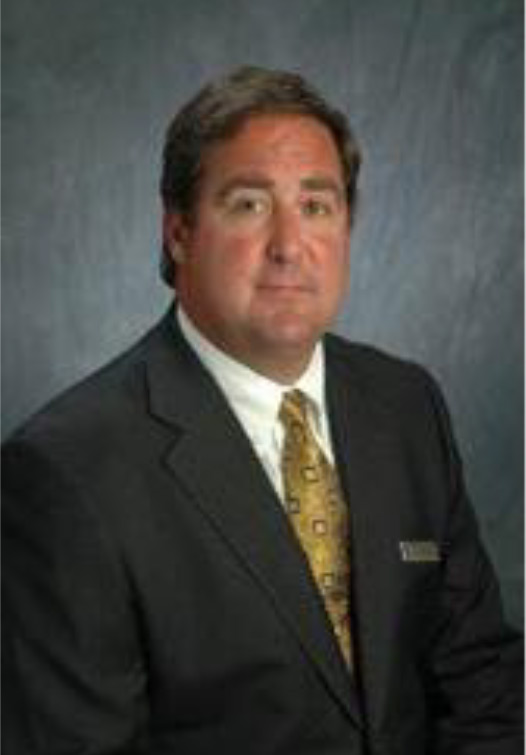 Bill Hughes left Bowling Green State University in 1979 to chase his dream of playing on the PGA TOUR.

While he didn’t make the tour as a player, he is going on 10 years as the general manager at one of the PGA TOUR's premier courses, TPC Sawgrass, in Ponte Vedra Beach, Fla. And he wouldn’t have it any other way.

“I’m 58 and still dreaming,” said Hughes, who grew up in Curtice, Ohio, as he enters his 20th year as a PGA TOUR employee and 32nd year as a PGA Professional.

Hughes’s love of golf started when he first picked up a set of Arnold Palmer Charger clubs when he was 13. Hughes played for Clay High School and attended BGSU on a golf scholarship where he learned the most important lessons -- off the course and in the classroom.

“The best thing I ever did at Bowling Green State University was taking public speaking classes,” said Hughes, who was a communications major as a Falcon. “As the CEO of a business with 400 staff members, I believe leaders who can get up in front of other people and speak and hold their attention and make them laugh and make them cry -- they are the ones that are the most effective.”

“You can’t be an introvert in society today, but not in business. We’re all selling something. We’re all in the people business.”

When Hughes first arrived in South Florida from BG, he got a night job with IBM in Boca Raton. He worked from 11 p.m. to 7 a.m., freeing up his days for golf. He played a lot of mini-tour golf around Florida along with other aspiring PGA golfers.

“After about two years, it was pretty evident to me I couldn’t do both. It just wasn’t working, honestly. It wasn’t a formula to success. I decided at that point to leave my playing aspirations behind,” Hughes said.

But he was resolute about transitioning from playing golf for a living to making a living in the golf industry.

“I wanted to be around what I was the most passionate about for the rest of my life. And that was the game of golf,” Hughes said.

There were a lot of positives about working toward being a golf professional, including a home and a steady job at a club. Playing golf and entertaining members were some of the perks, but learning the job at its core -- running a business -- was the best move for his career.

“You’ve got a merchandising business and the club is doing revenue through cart fees and green fees and food and beverages,” he said. “You start learning the club management side of things. I chose that path.”

Hughes credited Florida golf professional mentors Roger Kennedy of Pompano Beach Country Club and Bob Ross Jr. of Pine Tree Golf Club in Boynton Beach for taking him in and guiding him early on during his career.

In 1984, Hughes became a member of the PGA of America. That same year, he was named head professional of Shawnee Country Club in Lima, Ohio. He stayed there for six years and then bought Country Acres Golf Club in Kalida, Ohio.

“We ran it as a husband and wife operation,” said Hughes, who married his wife, Molly, in 1986. “It was very successful for us.”

During the time Hughes owned the golf course, he earned a master’s professional certification from the PGA of America in 1995. In 1996, the PGA TOUR called on him to take the helm at its Memphis, Tenn., course, the TPC at Southwind.

That’s when Hughes got to see firsthand what golf could do off the course. Each year, TPC Southwind hosts the FEDEX St. Jude Classic, one of the long-running PGA TOUR events that raises money for St. Jude Children’s Research Hospital.

“That had a great impact on me and my career,” Hughes said. “It put a lot of things in perspective about the power of what golf could do by raising funds and supporting research and these doctors and these families from all over the world.”

“The game of golf is really a game of life. I mean every single microcosm of life exists inside the boundaries of this thing called golf. And that was my first exposure to that.”

From there, it was back to Ohio in 1999 to help the PGA TOUR build a course near Cincinnati, and another in the Dallas area in 2003 -- each stop emphasizing how much the PGA TOUR gives back to the community.

“It’s the most philanthropic sports organization on the planet earth,” Hughes said of the PGA TOUR, which annually raises $150 million for charity. “There’s no rival to what the PGA TOUR does. Week after week, city after city, we are in our local communities raising money for charity.”

In 2006, the PGA TOUR asked Hughes to takeover the flagship, TPC Sawgrass.

His job was to build a new 110,000 sq. ft. clubhouse, renovate the golf courses, and reposition the property in the world of golf on the PGA TOUR. In May, THE PLAYERS Championship held at TPC Sawgrass raised $8.3 million, benefitting about 100 charities in North Florida.

“I am in my 10th year here at TPC Sawgrass. It’s been an unbelievable journey,” Hughes said. “Dreams came true for a kid from Curtice, Ohio, who attended Bowling Green State University on a golf scholarship a long time ago. My time at BGSU taught me to dream and dream big, because you just never know what tomorrow will bring.”

“I’ll always be a Falcon at heart, no question about it.”