BGSU faculty, student to travel to Antarctica for research 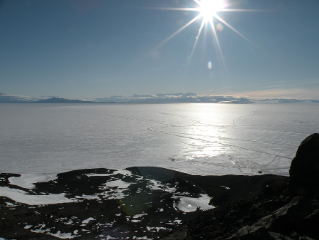 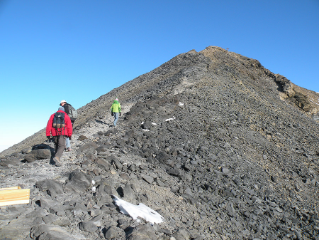 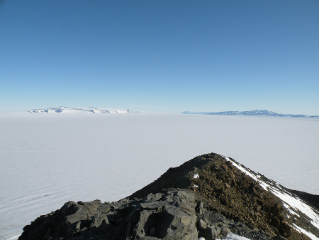 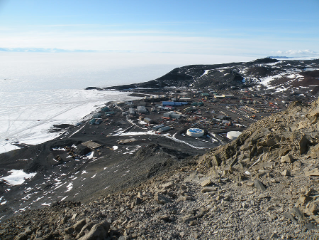 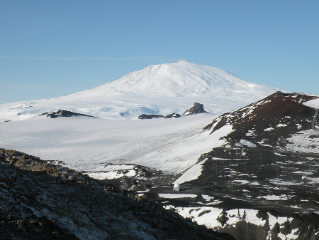 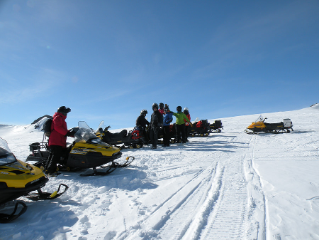 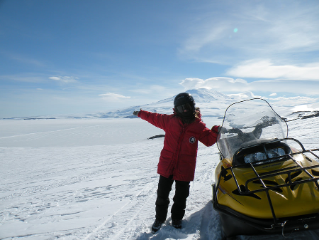 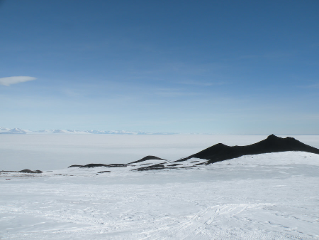 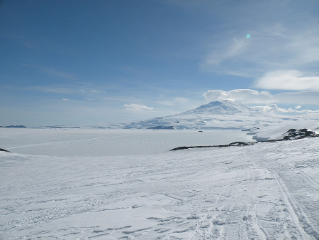 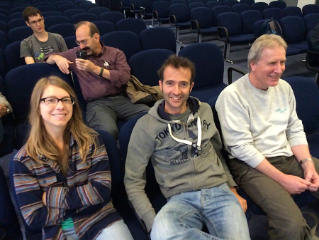 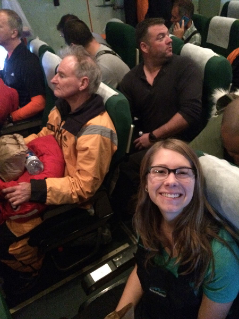 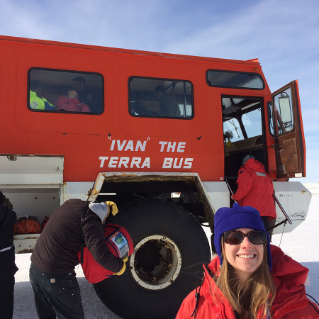 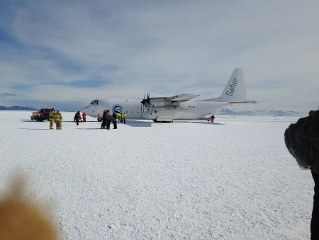 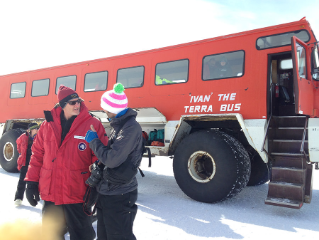 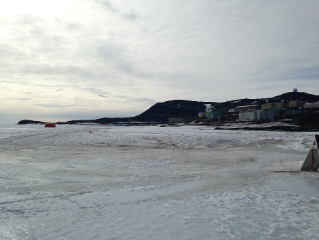 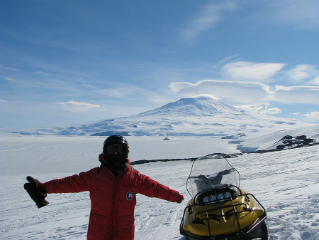 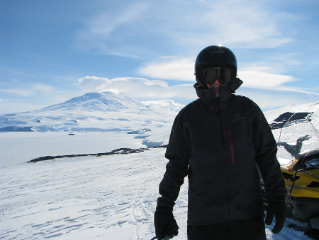 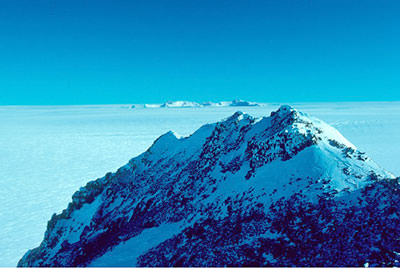 Before she receives her bachelor’s degree, Jenna Reindel will visit a place that few people will ever see in their lifetime. The senior from Maumee, who is majoring in geology, is part of a National Science Foundation-funded research trip going to Antarctica to study two remote volcanoes. The team will try and figure out why they’re there, as well as study the changing dynamics of the Antarctic ice sheet.

The team, made up of Reindel, Dr. Kurt Panter, geology, a mountaineer guide and another researcher from the United Kingdom, will begin their journey on Nov. 26 and will be there for five weeks. They will travel from New Zealand to McMurdo Station on the frozen continent. After a week there, they will begin the journey to the research site.

There’s a reason no one has studied these volcanoes since the late 1970s. From McMurdo, the team will take a ski-equipped military transport aircraft (LC-130) loaded with snowmobiles and 28 days of food to a drop-off point that is still 150 nautical miles from their research site. Four additional back-and-forth flights using a smaller aircraft (DHC-6 Twin Otter) from a temporary camp will get their gear a bit closer, but it will still take a snowmobile trip to reach their final destination.
Home will be wind resistant tents, and dinner will be cooked over Coleman camping stoves. They will celebrate December commencement, which Reindel would have attended to receive her bachelor’s degree, Christmas, and ring in 2016 from the bottom of the world.

They’ll be prepared for very windy conditions and temperatures that average between 20 and 30 degrees below zero.

“One thing for people to understand is that it’s not unusual for volcanoes to be in Antarctica, including several active ones,” Panter explained. “We know generally what the cause is—it’s the same stretching and rifting that created Kilimanjaro in east Africa. The volcanoes we’re looking at are the farthest south in the world and lie approximately 170 nautical miles from the South Pole. They are isolated from all others in Antarctica and that’s what makes them unusual.”

These volcanoes are located along the upper Scott Glacier and are part of the Transantarctic Mountains; a range that extend over 2,000 miles across the continent and forms the boundary between East and West Antarctica.

Panter said one way to better understand the past history of the ice sheets is to obtain records from inland ice for past geological periods, particularly in Antarctica, the world’s largest remaining ice sheet.

“Such records are exceedingly rare and can be acquired from these volcanic outcrops,” he explained. “The volcanoes now exposed were erupted beneath the east Antarctic ice sheet and the data collected will record how thick the ice sheet was in the past. In addition, information will be used to determine the thermal conditions at the base of the ice sheet, which impacts ice sheet stability.”

According to Panter, the entire Transantarctic mountain range has the same leaky faults, so why isn’t there volcanism along the entire range? “Despite more than 50 years of research, the fundamental cause of volcanism and rifting in Antarctica is still vigorously debated. The results of this study could also potentially impact the study of oceanic volcanism in the entire southwestern Pacific region, where volcanic fields of similar composition and age have been linked.”

The two small volcanoes aren’t impressive to look at—they’ve been dormant for millions of years and have been highly eroded. Panter and Reindel will take photos, make observations, map locations and “whack off big hunks of rock to take back for dissection and chemical analysis,” said Panter. 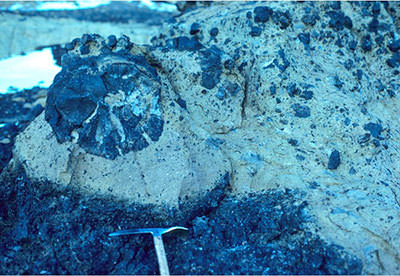 After they thaw out, Panter and Reindel will have to wait to get the first batch of samples. One thousand pounds of rock will be sent by boat, and Panter doesn’t expect to see it until April. However, they did get special permission to send 10 pounds by commercial air. They will determine which ones will be cut for microscopic analysis and which ones will be prepared for dating and mineral analysis. Panter expects the sample processing to last until late summer and then they will start arranging for the lab analysis. The entire project is supported for two years.

Reindel’s inclusion as an undergraduate is unusual. “I could have advertised nationally for an assistant for this trip,” Panter said. “But I chose Jenna because she was an outstanding student in my classes, had field experience in New Mexico, Colorado and Iceland, and she’s done higher level analytical work. All that together was a convincing package.”

Reindel said she’s excited to experience the travel and see the site. “I love traveling. That’s why I became a geology major. I want to learn everything about the environment where I’m going, see how it’s related to where I’ve been and make those connections.”

She’ll also get a head start on her master’s thesis before she even begins her graduate program in January. While she already has geochemical work under her belt from a previous research trip to Iceland, this trip will allow her to get additional field experience as well as experience with different state-of-the-art instruments used for dating, chemical and mineral analysis.

Panter said this trip is all about the idea of discovery and “that’s still important in Antarctic research.”