A Dictionary for the Modern Conductor 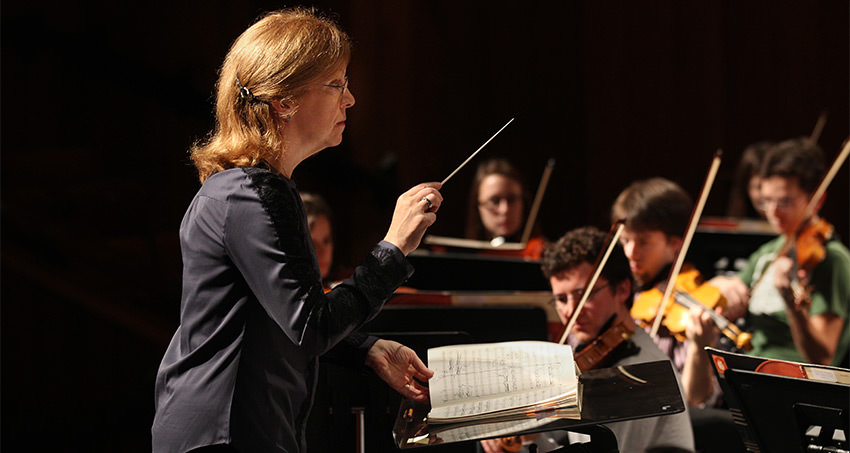 How did Dr. Emily Freeman Brown, professor and director of orchestral activities, conducting and ensembles, approach writing her recent book, "A Dictionary for the Modern Conductor?"

Approached in 2011 by Scarecrow Press, a leader in publishing books on music subjects, Freeman Brown’s dictionary took four years to write, edit and get to market. “Writing a book about such a complicated subject takes a lot of time. I took time to study and understand how the field of conducting has changed.” 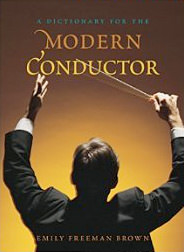 Rowman and Littlefield, who acquired Scarecrow Press before the publication of the book. describe it as a "must-have for any musician’s personal library. Filling a vital need in the rapidly changing and complex field of conducting, 'A Dictionary for the Modern Conductor' is a concise, one-volume reference tool that brings together for the first time information covering a broad array of topics essential for today’s conductor to know.”  Freeman Brown’s book is also available from Amazon.

Freeman Brown said that while it may appear there are a lot of changes in conducting right now, “they are really not new. There are new technologies to be sure, but the changes have been going on throughout the years.”

Her book covers a large number of audiences and interests—from new students to experienced conductors, to music lovers who just want more information. “This book was never intended to be comprehensive. It is representative of the conductor’s world,” said Freeman Brown.

It also includes diagrams on how to conduct, biographies on great conductors, information on orchestras and articles on technologies, like stereo sound. “There are music terms in French, Italian, German and Spanish, as well as English,” noted Freeman Brown. “Going into the 21st century, music has become even more internationally connected and conductors need to understand what a term means in whatever language it is written.”

It was not possible to include every conductor, orchestra, school or technology that have been related to changes in conducting. So, Freeman Brown had to choose what and who to put in the book. “I tried to be diverse and inclusive with people and organizations I featured. I purposely chose people and organizations that through their work modernized the field of conducting.”

Many entries in her book needed artwork or other types of illustrations, so Freeman Brown drew on her relationships at BGSU. Derek Brennan '13 provided dozens of drawings of conducting patterns, hand motions and gestures. Dr. Andrew Martin Smith ’09 ’14 typeset the scores, musical examples and symbols that appear throughout the book.

Looking back, Freeman Brown said that it took a lot of work and a lot of time, but it was worth it. “For me, I had to take the time to think of how the field has changed and the continuum on which it continues to change.

“You can’t write this type of book when you are young and at the beginning of your career. It takes time to get to the point you can look at the subject this broadly and not just focus on your own learning and career.”

Freeman Brown studied at London’s Royal College of Music, where she was a two-time winner of the Sir Adrian Boult Conducting Prize, and the Eastman School of Music, where she served as associate conductor of the Eastman Philharmonia and conductor for the Eastman Opera Theater. Her principal teachers have included David Effron, Leonard Slatkin, Herbert Blomstedt and Franco Ferara and her articles have been published in several journals. Freeman Brown has appeared with orchestras across the United States, Europe, Asia and South America.