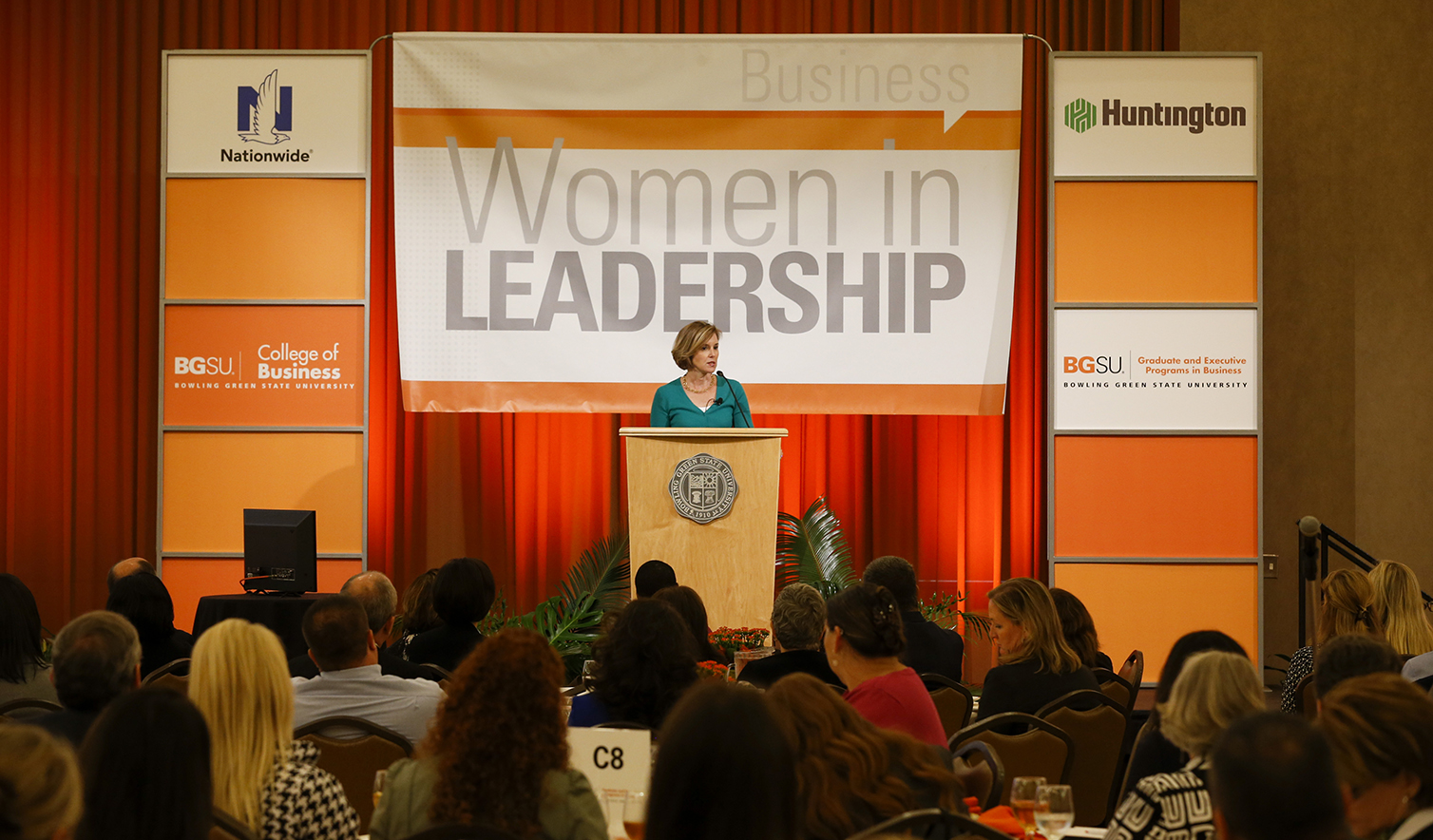 Krawcheck, chair of Ellevate Network and Ellevate Asset Management and the Former Bank of America president of Global Wealth & Investment Management, was the keynote speaker at the 4th Annual Women in Leadership conference presented by the BGSU College of Business.

She shared her career journey over the past several decades and had the audience laughing and leaving inspired to make a change in their organization.  “Start to have the courageous conversation, it’s about bringing diversity to the forefront,” Krawcheck stated.

Krawcheck talked about risk taking and encouraged participants to take that chance. “Nobody cares as much as you do if you fail.  I promise.”

“Building an inclusive environment begins with tone, leadership and innovation,” Deb DeHaas, chief inclusion officer and national managing partner of the Center for Corporate Governance for Deloitte told the audience. DeHaas drives Deloitte’s strategy to recruit, develop and promote a diverse workforce fostering an inclusive environment where leaders thrive.  Deloitte’s implementation of gender diversity is a benchmark for many other institutions.

“Being focused on inclusion brings the culture of Nationwide to life,” stated Shore.  “When you activate a group of people who are passionate about something and give them a voice in the process, it makes a difference,” Shore continued. “It’s not enough to have good business results if you’re not leaving the community better than you found it,” Pizzi concluded.

The next Women in Leadership conference will be held on October 21, 2016. Previous keynote speakers have included: Sherron Watkins, the former Enron Vice President of Corporate Development who was the whistleblower for Enron’s accounting irregularities in their financial reports; and Amy Dubois Barnett, Executive Editor at ESPN and former Editor-in-Chief at Ebony.