Alumnus one of the top voices in professional soccer

Phil Schoen ’87 loved soccer long before it was cool to love soccer.

Growing up in south Florida, Schoen discovered the sport that has defined his professional life by watching, of all things, public television. It was there, on PBS, that Schoen stumbled across two weekly highlight shows—“Soccer Made in Germany” and “Star Soccer”—that introduced him to the beauty, passion and intricacies of the global game. 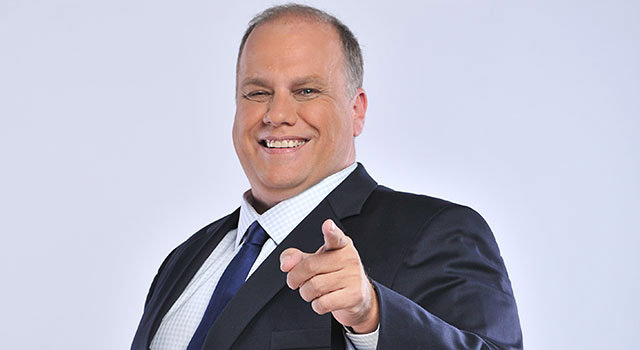 A few years later, when the Fort Lauderdale Strikers began to make waves in the old North American Soccer League (NASL), Schoen got to see high-level soccer in person and found himself hooked for good.

Eventually the Strikers—and the entire NASL, for that matter, would fold.

But Schoen’s passion for the game never faded. And today, as soccer has hit the mainstream in the United States, Schoen’s patience, and enduring love of the game, is paying off.

As the lead play-by-play announcer for the global sports network beIN Sports and as a regular host of “The Football Show” on SiriusXM Radio, Schoen has become one of the most prominent soccer broadcasters in America.

In a career that has grown up right alongside the game that he loves, Schoen has over the past quarter century worked for ESPN, ESPN2, GolTV and ABC, covering everything from the World Cup, the Champions League and the top leagues in Italy, Spain and Germany. He was the man on the microphone for the first goal ever scored in Major League Soccer, did radio work during the game-changing 1994 World Cup, and was once called “the best English-language play-by-play man in the country” by the Sporting News.

He works at a dizzying pace, covering games and doing commentary 12 months a year on both radio and television—and he says he couldn’t be happier.

“Some people still think of the United States as a soccer backwater,” Schoen said. “But from a broadcasting perspective, there is simply no better place to be. There is more soccer on television in this country than any other country on earth, which means you have more opportunities to get involved. I really believe that if you have a dream, a plan and are willing to make the effort, you will have the opportunity to make it. And that’s all you can ask for—an opportunity.”

Schoen, for one, has made it a point to make the most of every opportunity he’s been offered. With a degree in journalism from BGSU in hand, he landed his first radio gig at a small station in New Jersey, just four weeks after graduation, calling high school sports and Rutgers University athletics.

“I was a huge fan of all the other big sports, but while I can still appreciate them, there's no room left in my heart for them. Nothing compares to soccer.”From there, he jumped from town to town, building a resume—and a reputation as one of the most promising young voices in the business. He briefly returned to Bowling Green to work for WFOB, and then moved back to south Florida, where he called Strikers games for the all-sports WQAM. By 1994, he was ready for his big break.

His radio calls during the ’94 World Cup were strong enough to catch the ear of executives at ESPN, who ultimately chose Schoen as the first play-by-play man for Major League Soccer, which launched in 1996. In that role, Schoen literally served as the voice of soccer in the United States.

Since then, Schoen has gone global, calling games for GolTV and, now, beIN Sports. Most recently, he traveled to Chile, where he worked the Copa America with longtime partner, broadcasting legend and former Fort Lauderdale Striker Ray Hudson.

With that tournament now complete, he’s busy hosting the Sirius show, where he offers his thoughts on everything from the U.S. women’s World Cup triumph—“another big stepping stone for the future of soccer in this country,” he said—to the U.S. men’s efforts in the Gold Cup. By August, he’ll back to work in the so-called “regular season,” working the Serie A in Italy and La Liga in Spain. “Even when there’s downtime,” he jokes, “there’s never really downtime.”

After all, soccer has officially made it here in America, and Schoen says he’s thrilled to be part of it—working and living the game he loves every bit as much today as he did when he was a kid, watching those old highlight shows on PBS.

“It is the perfect mix of the creative and the physical, the intellectual and the spiritual, all rolled up in one beautiful bundle,” Schoen said of soccer. “I was a huge fan of all the other big sports, but while I can still appreciate them, there's no room left in my heart for them. Nothing compares to soccer.”