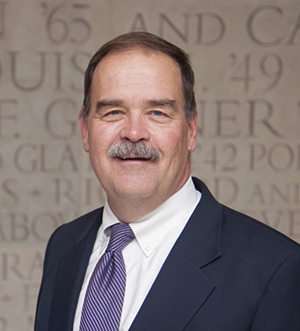 Thomas SnitchBOWLING GREEN, O.—On May 8 and 9, Bowling Green State University will honor its spring graduates with commencement ceremonies in the Stroh Center. Over 2,100 diplomas will be awarded, including 404 degrees granted through the Graduate College.

All of the commencement speakers are distinguished graduates of BGSU.

During the 7 p.m. ceremony on May 8, graduates in the colleges Health and Human Services, Musical Arts, Technology, Architecture and Applied Engineering as well as the Graduate College, will hear from Seshadri Srinivasan Tangutur.

Tangutur recently joined the engineering leadership team at Snapchat. Until late 2014, he was at Google’s Motorola Mobility, where he was corporate vice president of software engineering. He led the development of Motorola’s industry-leading Android platform software, which powered award-winning smartphones like Moto X, Moto G and the Droid franchise. He graduated from BGSU in 1987 with a master’s degree in computer science.

Degree recipients in the colleges of Arts and Sciences and Firelands will hear from honorary degree recipient Dr. Thomas Snitch at 9 a.m. May 9. Snitch holds a Distinguished Senior Professorship at the University of Maryland’s Institute of Advanced Computer Studies, where he directs an international team working on anti-poaching and wildlife crime issues. He is also a senior professor of science at the United Nations University in Tokyo. In this role, he serves as the U.N.’s executive officer for the Worldwide Enforcement Monitoring Systems, which oversees the global trade in endangered flora and fauna.

Snitch is also president of Little Falls Associates Inc. and chief scientist at GeoQuera, consulting firms specializing in solving complex scientific and technological challenges in Asia and Africa. Since 1990, he has worked on issues such as responding to the Tohoku earthquake in Japan and the crisis at the Fukushima nuclear plant, remediation of abandoned chemical weapons in China, the disposal of PCB wastes on U.S. military bases in the region, remote sensing policy in India, and the North Korean nuclear weapons situation. He holds a bachelor’s degree in Chinese and Asian studies from BGSU.

At 2 p.m. May 9, Susan Finn, CEO of the global consultancy Finn/Parks and Associates, will address the candidates in the colleges of Business Administration and Education and Human Development.

Finn is a recognized leader and a respected communicator in the food, nutrition and health arena. Over the past several years, she has focused on the common ground shared by the quest for global food security, the impact of innovation and technology, and the role of nutrition security in building strong societies. Speaker of the House John Boehner recently appointed her to the new National Commission on Hunger, which will assess the hunger crisis in this country and recommend how government along with private and public partners can respond.

She graduated with a bachelor’s degree in education from BGSU and was named one of the University’s 100 Most Prominent Alumni.