Buchanan lecture presents ‘A Tale of Toads and Men’ 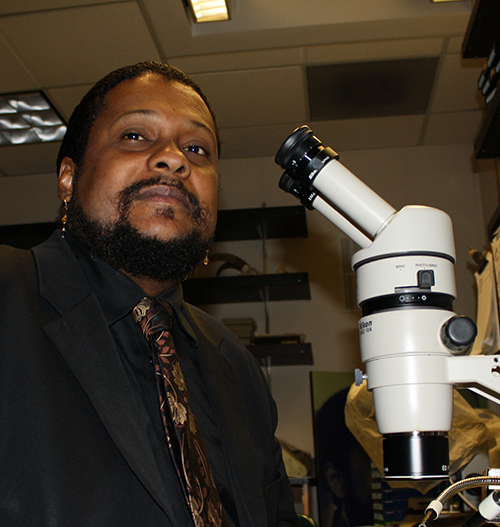 Dr. Tyrone HayesAn American biologist known for his research about the impact of the herbicide atrazine in amphibian development will discuss his work in the 2015 Jean Pasakarnis-Buchanan Lecture on campus March 24.

Dr. Tyrone Hayes, an assistant professor of integrative biology at the University of California, Berkeley, will present “From Silent Spring to Silent Night: A Tale of Toads and Men.” The event, which is free and open to the public, is scheduled for 7 p.m. in 112 Life Sciences Building.

Hayes will discuss his research that focuses on the role of environmental chemical contaminants and their broad global impact not only on amphibian declines, but also, and more importantly, on health disparities that occur in minority and low-income populations.

More than 70 percent of the world’s amphibians are in decline, according to Hayes. “Although a number of interacting factors are likely responsible, endocrine disrupting chemicals in the environment play an important role.”

Current research in his laboratory seeks a better understanding of molecular mechanisms that underlie the similarities and differences in how amphibians respond to hormones and endocrine-disrupting chemicals as well as their impact on human wellness.

He believes there is a strong connection between the science and the relevance of the research to public health. Hayes says there is a need to translate this information and provide public access to this knowledge.

For more information about the lecture, contact the Department of Biological Sciences at 419-372-2332.