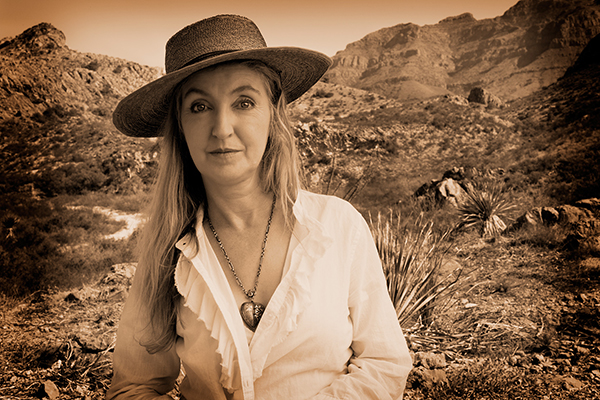 Solnit’s writing emphasizes the political qualities of art and the environment and the artistic elements of nature and politics. She will present a workshop about Art and Activism from 11 a.m. to 1 p.m. in 308 Bowen-Thompson Student Union. She will focus on the pivotal roles stories play in our private and social lives and the ways in which art and the imagination can be mobilized to support hopeful activist agendas.

“An Evening with Rebecca Solnit” will be held from 6 to 7:30 p.m. in 206 Bowen-Thompson Student Union Theater. She will read from a broad selection of her works to convey the variety and scope of the topics on which she writes. She will address what drives her intellectual curiosity as a writer, how she researches the vast range of topics on which she writes, and the ways in which her political commitments figure in her writing.

“A lot of people think of political activism as some grim duty, and I think we do have an obligation to be informed and engaged, but it’s not just duty,” Solnit said. “Public life enlarges you, gives you purpose and context, saves you from drowning in the purely personal as so many Americans seem to. I’ve learned by firsthand experience and eyewitnessing that popular power matters—the power of citizens and grassroots efforts.”

Among her 16 books are “The Faraway Nearby;” “Wanderlust: A History of Walking;” “A Paradise Built in Hell: The Extraordinary Communities that Arise in Disaster,” which investigates the moments of altruism, resourcefulness and generosity that arise amid disaster’s grief and disruption, and “Men Explain Things to Me,” which begins with a comic take on what often goes wrong in conversations between men and women and ends with a survey of the scope of contemporary violence against women.

In addition to her multiple books, Solnit is a frequent contributor to Harper’s, The Nation, TomDispatch.com, The New York Times, the New Yorker, and the London Guardian, which calls her “one of the most magnificent writers of our time.”

Her appearance is sponsored by the Institute for the Study of Culture and Society (ICS). Excerpts from Solnit’s writing and additional information may be found at its website. For more information, contact the institute at 419-372-0565 or tarthur@bgsu.edu.