BOWLING GREEN, O.—If it seems like more women are choosing to live with a partner instead of get married, you’re right. According to researchers at the National Center for Family and Marriage Research at Bowling Green State University, the percentage of women who have cohabitated with someone has almost doubled over the past 25 years. 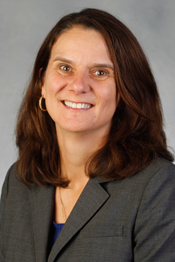 Dr. Wendy Manning, a professor of sociology and co-director of the National Center for Family and Marriage Research, and graduate student Bart Stykes, analyzed and prepared the family profile.

“I was surprised to see the level increase in the last five years.  Almost 70 percent of women have lived with a cohabiting partner. It is becoming increasingly rare to not cohabit,” explained Manning.

Cohabitation continues to be the typical pathway to marriage as over two-thirds of women who first married in the last decade lived with their partner before the wedding. Younger women still appear to prefer living with a partner to tying the knot. The majority—65 percent—of partnered women ages 19-24 reported being in a cohabiting, instead of marital, union in 2011-13.

“Most young women will eventually marry, they just decide to live together first,” Manning said.