In an ideal world, all babies would be planned and wanted by their parents. However, the reality is that, for the past 30 years, half of the pregnancies and a third of all births in the U.S. have been unintended, especially among young adults and race, ethnic, and foreign-born minorities. The ramifications of this are far-reaching, according to Dr. Karen Benjamin Guzzo, an associate professor of sociology at Bowling Green State University. 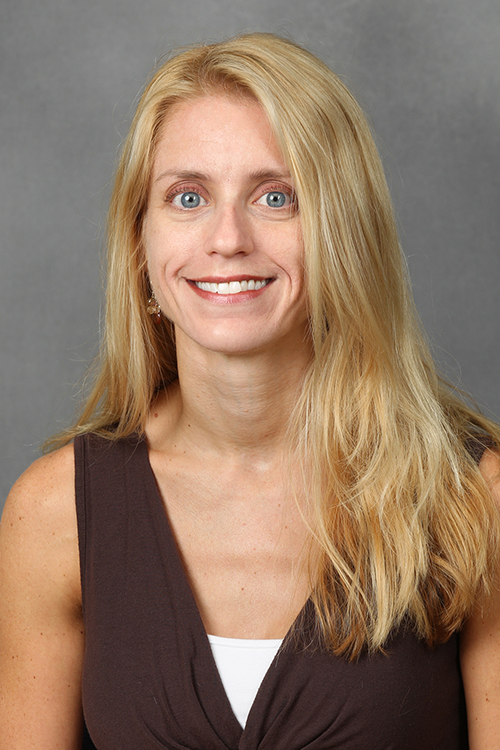 Karen GuzzoGuzzo and Dr. Sarah Hayford of Arizona State University, along with Drs. Jennifer Barber and Yasamin Kusunoki of the University of Michigan, have been awarded a $1.1 million, four-year grant by the Eunice Kennedy Shriver National Center for Child Health and Human Development (National Institute for Child Health and Human Development) to look deeply into the roots of this phenomenon. Their findings could reveal why efforts to reduce unplanned births have largely failed and could help guide future efforts.

“There’s a clear public health relationship here,” Guzzo said. “People who plan their pregnancies are more likely to get early prenatal care and less likely to drink, smoke or use drugs. They are also more likely to be in a stable relationship and be financially secure.”

Low birth weight, poorer child and maternal health, and impaired family functioning can be linked to unplanned childbearing, she said. And although teen pregnancy has declined and contraceptive availability has improved, “the proportion of unintended births has not budged in over 30 years.”

The project, “Distal Determinants of Disparities in Unintended Fertility,” takes an innovative and data-driven approach to addressing the question of why differences exist among various groups. Although unplanned pregnancy has always been more common among black and Hispanic populations, “it isn’t entirely due to differences in income and education,” Guzzo said.

Using three existing survey datasets that captured thousands of respondents of different ages and groups over time, she and her colleagues are examining the factors that contribute to race and ethnic variation in unintended childbearing. These include differences in knowledge and attitudes about contraception, sex, and the reproductive process across groups, and how these factors contribute to contraceptive and sexual behaviors and to unintended childbearing itself.

“We’ll try to pinpoint what kinds of attitudes and levels of knowledge seem to matter over time, and determine whether existing measurements are accurate,” Guzzo said. To disseminate findings, Guzzo will work with a consultant from the National Campaign to Prevent Teen and Unplanned Pregnancy.

The study’s approach is innovative in a number of ways, not least that, unlike many previous studies, it includes men. It also recognizes that people’s attitudes and knowledge change over the life course from teenage to young adulthood. It will measure those changes and try to identify why they occur — examining how large a role personal experience, education and social environment play.

“There’s a body of evidence showing that many race and ethnic minorities have an inaccurate understanding of the reproductive process, but in general there is widespread misinformation across all groups, including whites,” Guzzo said. “We know that sex education is delivered in different ways in different schools, and that among immigrant groups there’s less interaction with the medical community. If you don’t know how to use contraception correctly, it’s hard to prevent getting pregnant, and so we’re trying to figure out whether differences in knowledge contribute to differences in unplanned pregnancy.

“Childbearing and family planning are also looked at differently across race-ethnic-nativity groups,” she added. “If children are seen as a gift from God or a blessing, for instance, it might not seem worth it to plan childbearing or to be vigilant about avoiding getting pregnant.”

An important question is the various groups’ motivations to avoid pregnancy, what the study refers to as “fertility motivation.” In an environment where there are many teen or unmarried births, for example, the “social costs” are lower than in environments where social pressure weighs against unintended births, Guzzo said.

The study is already yielding information that will lead to a greater understanding of the complex factors that come into play. Guzzo plans to deliver the first paper, on racial and ethnic differences in fertility motivation, this spring and another on comparative contraceptive knowledge, this summer.

“We hope this will all lead to fewer unplanned pregnancies, with a shift toward people not having children until they feel ready.”