BGSU mourns the loss of longtime friend and supporter

Bowling Green State University is mourning the loss of longtime friend and supporter Ruth Frost Parker, who passed away Feb. 14 in Sandusky, Ohio, at the age of 92. 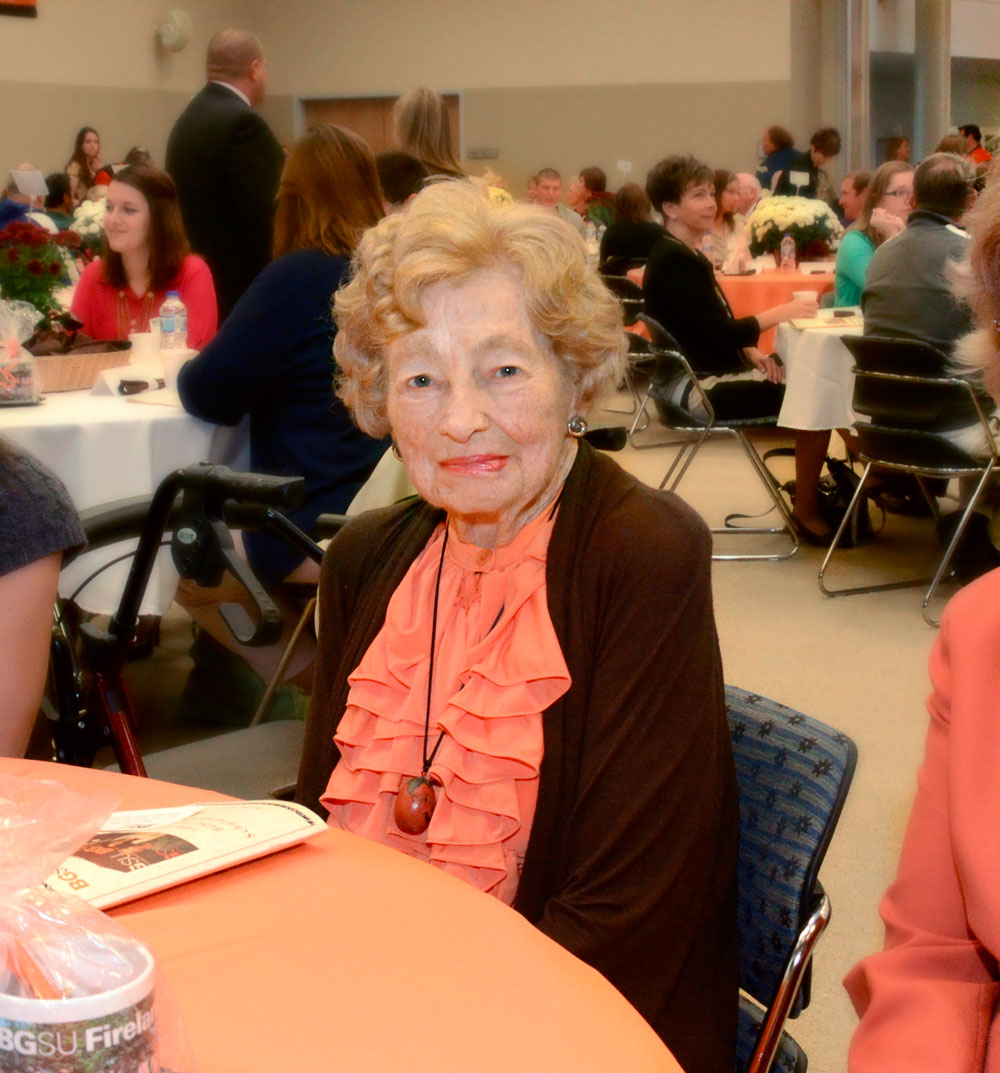 "Ruth Frost Parker had a profound, immeasurable impact on the region and our University community," said President Mary Ellen Mazey. "Her passion and generosity helped countless students in the region achieve their dream of a college education. She was a wonderful advocate and friend of BGSU."

Frost Parker had a long history of support to BGSU both personally and through her leadership of the Frost Parker Foundation. Her contributions enhanced opportunities for students on both the Firelands and Bowling Green campuses. She supported college enrichment, fine arts, and capital projects such as the BGSU Firelands Cedar Point Center and the Bowen-Thompson Student Union. Most recently she pledged $250,000 to the BGSU Firelands Allied Health & Sciences Project.

While she gave to many efforts and causes at BGSU, her true passion was in scholarship development.

“She advocated tirelessly in the community to support our scholarship programs,” said BGSU Firelands Dean William Balzer. “She attended the Scholarship Breakfast program every year and she took great joy in meeting the students she was able to help."

“We are deeply grateful to Mrs. Parker for her financial support, but she was equally appreciated for the outstanding leadership she provided to the College and the University,” said Balzer.

Parker was a member of BGSU Foundation Board (1995-98) and a longtime member of the BGSU Firelands Development Board. She also received an Honorary Alumni Award in 2002.

“It’s nearly impossible to measure the impact that Mrs. Parker has had on the community, the University and the students who benefited from her generosity. Her legacy and contributions will be remembered by many generations to come,” said Balzer.