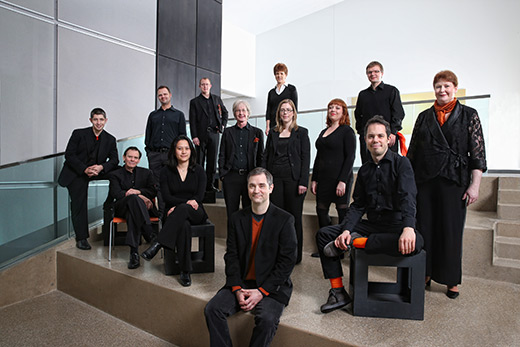 BOWLING GREEN, O.—A quiet but driving force in contemporary music unexpectedly resides 570 miles west of New York City at Bowling Green State University, in Bowling Green, Ohio. Considered by many the magnetic north for new music lovers, BGSU has been at the edge of the new music scene for over 40 years, and on April 3 the university will bring its renowned program to Le Poisson Rouge, in Greenwich Village. The concert will take place at 7:30 p.m.

One of the few universities to offer a Doctor of Musical Arts program in Contemporary Music, BGSU is also home to the MidAmerican Center for Contemporary Music (MACCM), an award-winning organization devoted to the study and promotion of contemporary music and technology.

"Believe it or not, a little town in northwest Ohio is one of the liveliest spots for new music in the whole United States," said Steven Stucky, Pulitzer Prize-winning composer. "For over 25 years, MACCM has pursued the latest musical ideas and the highest musical standards with fearless vision."

Creating and performing new music requires a distinct musical skill set – the technical and creative demands are beyond typical classical music. In many ways, it is tied to the indie-rock movement, and while there has always been a small but loyal audience, the people finding it now tend to be a younger, thoughtful, educated crowd interested in something unique, according to Kurt Doles, MACCM director.

While new music is enjoying a resurgence driven by younger composers and audiences looking for something new, BGSU has been achieving at a very high level for decades, said Doles. In addition to the contemporary music center, Bowling Green maintains a robust composition program and hosts the annual New Music Festival, now entering its 34th year, which has welcomed a veritable "who's who" of the world's most creative and influential composers, performers and thinkers, including John Cage, Philip Glass, John Corigliano, David Lang, John Harbison, Terry Riley, John Adams and Chen Yi.

Tickets are $10 ($12 day of show), and are available from Le Poisson Rouge box office website, http://www.lepoissonrouge.com. Poisson Rouge is located at 158 Bleecker St. in Greenwich Village on the site of the historic Village Gate nightclub.

For more information, visit www.bgsu.edu/newmusic or contact the MidAmerican Center for Contemporary Music at 419-372-2685.